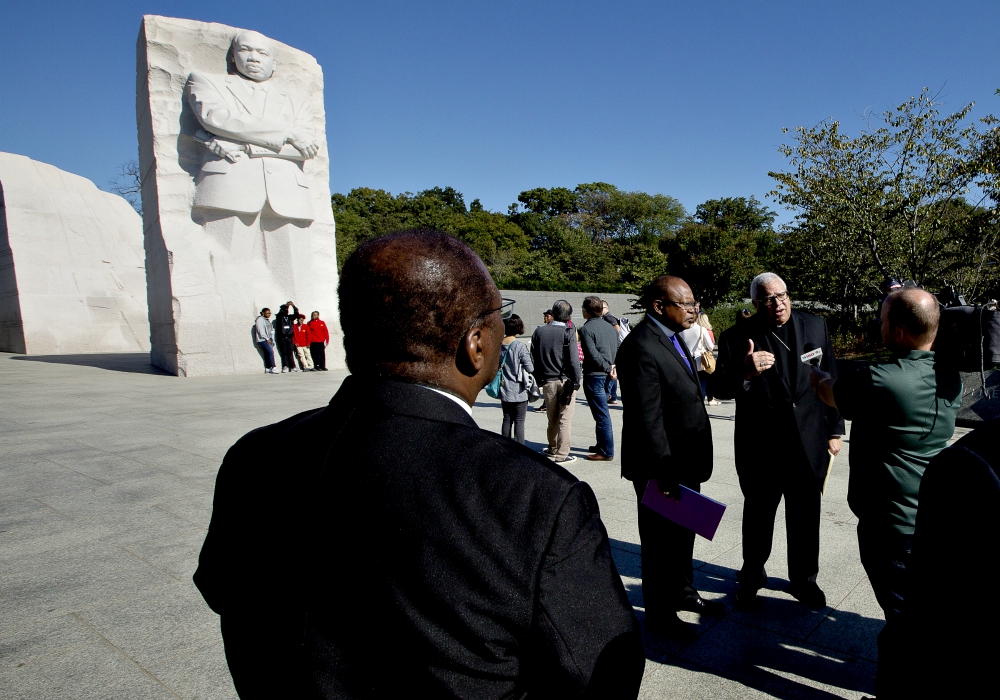 The U.S. bishops' extensive discussion of immigration, racism and other social justice issues at their fall meeting Nov. 13-15 was seen by many as a positive step.

But much more needs to be done to effect change at such a precipitous time for poor and vulnerable Americans — not to mention to counter the perception of the body of church leaders as interested only in abortion and religious liberty.

"I was encouraged that at this meeting we were engaging in substantive conversations around very important issues," said Bishop Gerald Kicanas of Tucson, Arizona, for whom this was his last meeting before retirement.

"The next step is how we move that to some kind of unified witness," he told NCR.

Kicanas and others called for concrete actions — perhaps similar to the March for Life held every January in Washington — to amplify the words of statements and discussions at conference meetings.

"We need to do more," said Jeanne Atkinson, executive director of the Catholic Legal Immigration Network Inc. (CLINIC), which was founded by the bishops in 1988 to protect immigrants' rights but is a separate organization.

Atkinson praised the lengthy discussion of immigration at the meeting, but called for more parish- and diocesan-level action. CLINIC offers a lengthy list of suggestions for parishes, such as holding educational events or Masses, driving people who are undocumented to the store or to legal appointments, or engaging in political advocacy.

Atkinson said those who support Republican sides of other issues — such as the bishops — can have a strong impact if they contact elected officials about immigration issues, including the Deferred Action for Childhood Arrivals (DACA) program, Temporary Protected Status for immigrants from dangerous countries, or "the dehumanizing language" about immigrants coming from the White House.

"We need to call that out," she said of the latter.

During the Baltimore gathering, bishops spoke passionately in support of immigrants' rights, but a call for an immediate action in the form of a statement during the meeting was set aside until later by conference president Cardinal Daniel DiNardo of Galveston-Houston.

Earlier in the discussion, Bishop Michael Olson of Fort Worth, Texas, warned about "sins of omission" or "kicking the can down the road" on the issue of immigration. "If inactivity is our response, they will read into that," he said.

The presentation from the chair of the new Ad Hoc Committee Against Racism contained strong words, but the bishops did not vote on any action items related to race, except to fund an additional staff member for the committee.

The staffing vote passed with 88 percent of the bishops voting yes, prompting one commentator on Twitter to note: "A B+ on anti-racism funding is not good enough for me."

The ad hoc committee's chair, Bishop George Murry of Youngstown, Ohio, listed its accomplishments since its formation in late August, including creating anti-racism materials for parishes, a press conference at the Rev. Martin Luther King Jr. memorial, and meetings with members of Congress on Capitol Hill to lay the groundwork for future dialogue.

The committee is planning to assist with implementation of an upcoming statement on racism from the U.S. Conference of Catholic Bishops, which is in the second-draft stage and expected to be ready by next year's fall meeting.

At least one activist applauded the forthcoming statement, but wished it were coming sooner, given the increase in overt racism in the U.S. in the past months. The bishops' last statement on race, "Brothers and Sisters to Us," was in 1979.

White urged each bishop to bring concrete action to his diocese. "That is where change begins to happen," she said. "You can have all these flowery and wonderful pronouncements, but if it doesn't touch the people in your diocese, what's the point?" 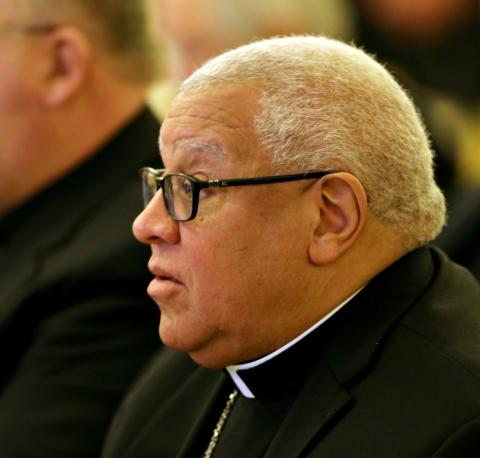 In an interview with NCR, Murry said many bishops are sharing concrete ideas for addressing racism with him, and he would be prioritizing them soon.

Although the conference has addressed social justice issues in the past and sometimes "gets a bad rap," Murry thought the increased attention to such matters at the meeting was a result of the leadership of Pope Francis.

"We can't just talk about liturgical matters or translations of particular books of the Bible, as important as they are," he said. "We have to deal with the fact that people are suffering."

In his report from the Committee on Domestic Justice and Human Development, Bishop Frank Dewane of Venice, Florida, mentioned recent statements opposing the Medicaid cuts in bills to repeal the Affordable Care Act, questioning cuts that affect families and the poor in the Republican tax proposals, and supporting gun control in the wake of mass shootings.

He said many fellow bishops greeted him at the meeting by noting, "We're heard a lot from you lately," and shared how they, too, were addressing those issues.

"I think there is a ripple effect," Dewane told NCR. "I don't call it a tsunami yet, but the ripple effect is good."

Some claimed the election of Archbishop Joseph Naumann of Kansas City, Kansas, as chair of the Committee on Pro-Life activities was a repudiation Francis and his priorities. Others saw it as either a preference for a pro-life strategy that prioritizes abortion over the "seamless garment" favored by Chicago Cardinal Blase Cupich, or as a reward to Naumann, who has long been active in pro-life work.

"Pope Francis wasn't on the ballot," Bishop Christopher Coyne of Burlington, Vermont, told NCR in an interview. He suspects Naumann's win reflects the urgency of abortion issues here and "says less about Francis and more about the United States."

Similarly, the bishops' emphasis on religious liberty in past years was "driven in many ways by the necessity of what we were facing," Coyne said.

Kicanas believes he heard the influence of the pope at the meeting, in language about "accompaniment" and "dignity of the human person."

"Those themes are working their way into the language of the conference, and hopefully into the hearts of bishops as well," he said. "The Holy Father has certain priorities he's working on, and it's moved the conference to see where it puts its time and energy. But that's going to be a slow process."

Retired Bishop Donald Trautman, who served Erie, Pennsylvania, from 1990 to 2012, agreed that the conference is not there yet: "There is still a very traditional, conservative element in the conference."

This story appears in the USCCB Fall 2017 feature series. View the full series.
A version of this story appeared in the Dec 1-14, 2017 print issue under the headline: Calls for justice action follow bishops' meeting.