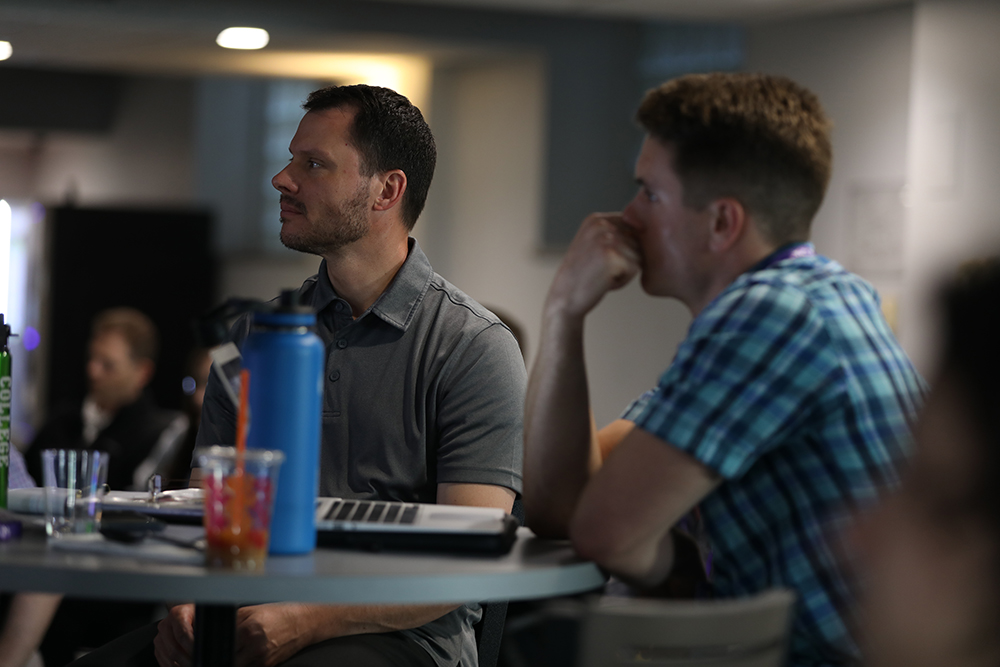 Although the number of students at American colleges and universities continues to rise — reaching 19.9 million last year — the number of Catholic campus ministry centers serving them has declined markedly over the last decade, according to "A National Study on Catholic Campus Ministry."

The report, prepared in 2017 for the United States Conference of Catholic Bishops' Secretariat of Catholic Education, identified 1,911 campus ministers serving at 816 campuses compared to a Catholic presence at 1,157 campuses a decade earlier.

But what the numbers reveal is that three-quarters of the nation's colleges and universities have no Catholic presence whatsoever and that Catholic campus ministers serve only one in 60 community colleges across the country. Yet 6.7 million students attended community colleges or two-year institutions last year.

Troubling? Yes, agreed Barbara McCrabb, assistant director for higher education at the Secretariat of Catholic Education for the U.S. bishops' conference. She pointed to large numbers of Hispanics and other students studying in community colleges whose faith is not being served.

The national study is "a call to innovation," she told NCR.

Why the sharp decline in campus ministry presence in just 10 years? Mike St. Pierre thought the loss of these services at 341 colleges and universities over a decade emerged from a "perfect storm." The Wall Street financial crisis and subsequent recession and the ongoing and costly sex-abuse crisis "led to cutbacks in many dioceses," said St. Pierre, who serves as executive director of the Catholic Campus Ministry Association.

The association moved to New Jersey this year after closing its Cincinnati office where Catholic Campus Ministry Association had been headquartered the past 14 years. On June 9-14, the association gathered 40 campus ministers from more than a dozen states and 24 locations for Launch, a training session held at Seton Hall University here in South Orange.

Attendees comprised a mix of those with many years in campus ministry work and others just beginning. They included young workers fresh out of college, or with a few years of campus work behind them from the two leading Catholic missionary groups on campuses: The Fellowship of Catholic University Students, or FOCUS, and St. Paul's Outreach. Included in the mix were those who minister at Catholic colleges, at four-year private and public institutions and at Texas Southern University, one of the largest historically black colleges in the United States. Ministers included three priests, three nuns, a religious brother and a number of lay workers — male and female, married and single, some of them parents. 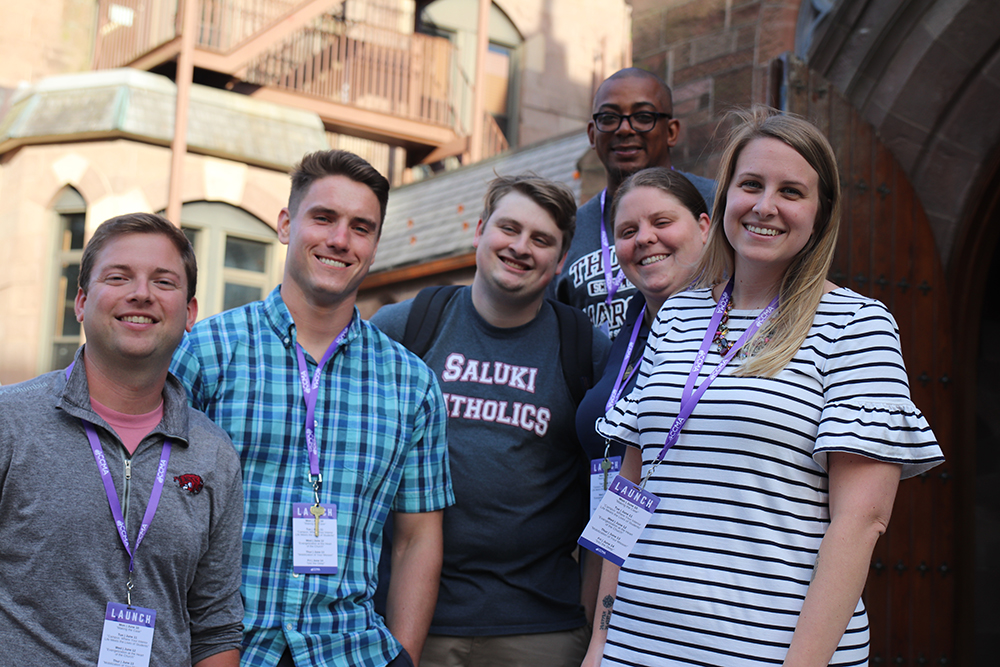 As part of their training they heard sessions on evangelization, prayer, social justice concerns, mental health issues (including pornography and sexuality), volunteering opportunities, self-care and on their role as fundraisers and community builders.

The week brought those who are not often together on the same campus – missionaries and those with degrees in theology and religious studies – around the same table for snacks, meals, conversations and sharing. The diversity in Seton Hall’s Campus Ministry office produced "a feeling of unity that was palpable as the week went on," St. Pierre told NCR. He called food the most essential ingredient for effective campus ministry. "Students are always hungry. … Nourish them and they will come."

Mike Hyatt was hungry to get more training to address needs he faces at Arizona State University in Tempe, where he directs campus ministry at All Saints Catholic Newman Center.  The training week equipped him for the mission and encouraged his vocation to serve students, especially "through the art of evangelization," he said.

It also showed him that he is never alone in his call to serve God and the students who seek out campus ministry at Arizona State. "I now have a network of sisters and brothers around the country who are going through the same challenges and joys of the mission.  We can continue to support and pray for one another throughout the year."

For Amanda Ceraldi, a new associate campus minister for women’s ministry at the Catholic University of America in Washington, the various daily presentations, talkbacks and reflections helped her affirm her role as a campus minister and showed her ways in which "I can grow my ministry."  Currently she plans retreats, leads discernment sessions and helps facilitate small faith groups.

Many ministers across the nation named "loneliness" as the Achilles heel of students' lives, and the reason why students seek a space to belong and find a caring community in Catholic campus ministry. Ceraldi recognized that campus ministers need training — whether in theology or in mental health issues — to accompany students dealing with loneliness, addiction, sexual assault and other problems. 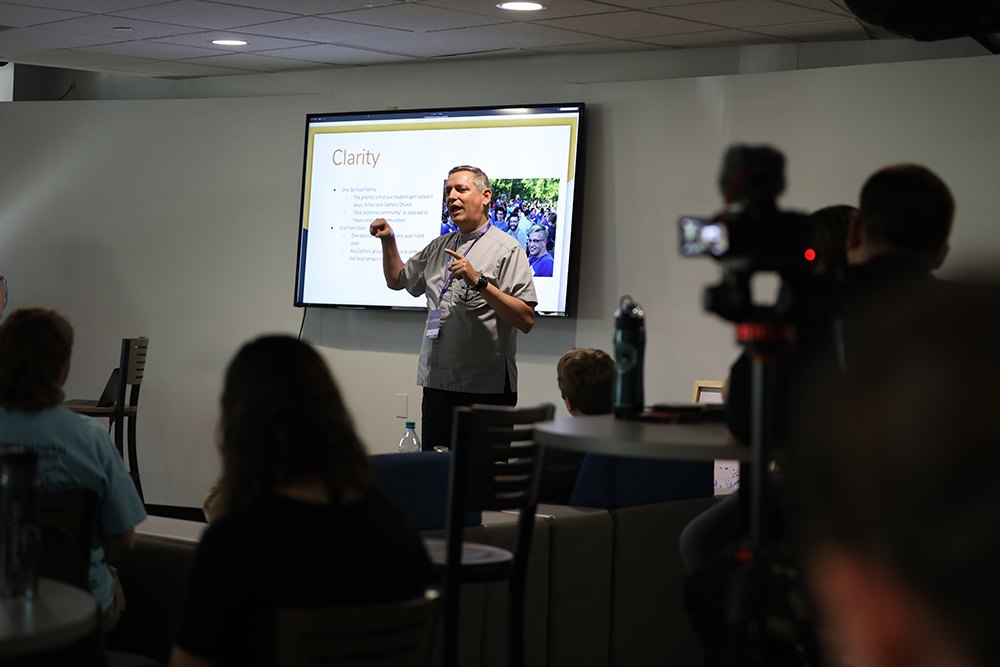 Br. of Hope Ken Appuzzo, from the University of Minnesota, speaks during Launch at Seton Hall University (Courtesy of Catholic Campus Ministry Association)

Refer out for qualified help

Speaker after speaker at the training session stressed that campus ministers should "refer students out" to experts or licensed professions when they are not qualified to deal with their issues.

Sheila Stevenson welcomed the chance for campus ministers to get more training and to expand their knowledge base, learning from professionals around the country. She directs the Office of Young Adult and Campus Ministry for the Joliet, Illinois, Diocese. The office serves as a liaison to three Catholic university campus ministry teams and directs independent campus ministry consultants at six public institutions, including two community colleges.

The office is working to create resources for leadership and spiritual formation for both full-time and part-time ministers, as well as developing and assisting students as leaders of Catholic clubs. "The intent is to draw them closer to their faith, in community with one another and to provide opportunities to participate in liturgies and receive the sacraments on campus," Stevenson said.

Stevenson left Seton Hall with at least three takeaways from the training sessions: 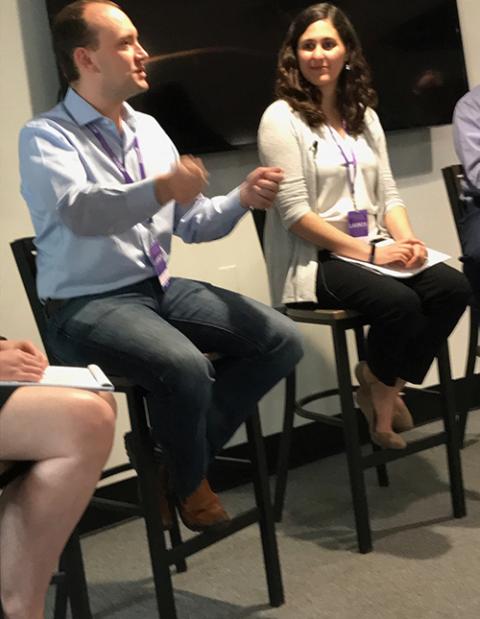 Representatives of service organizations shared with the audience the rewards that students and later graduates find in participating in mission trips during spring and summer breaks — or in devoting a year or more of their life after graduation to work with those on the margins.

Alexander LaPoint described the environment of FrancisCorps, a young adult Franciscan volunteer service experience in Syracuse, New York. Volunteers work with the local poor at soup kitchens and among the developmentally disabled in the area. LaPoint, who serves as director, said FrancisCorps has also produced a few vocations to religious life.

For Jeff Schaffer, director of campus ministry at Georgian Court University in Lakewood, New Jersey, the most abiding aspect of community outreach often comes from the hour of reflection he tries to initiate after a day of service. "Many students sign up for Habitat for Humanity because they want to pound nails and saw boards," he said, but later, upon returning from a day of doing just that, they tell him the most meaningful part of the endeavor has been the post-mortem hour in which they probed "why things are the way they are" in terms of poverty, inequality and housing patterns in many parts of America.

The greatest obstacles to a year of community service are "fear of the unknown" and the lack of a salary during a service period, said Elizabeth MacNeal, communication specialist with Mercy Volunteer Corps in suburban Philadelphia. Working to address the needs of the economically poor for a full year runs countercultural to what many graduates learned was to be the crowning achievement of their university education, MacNeal added. 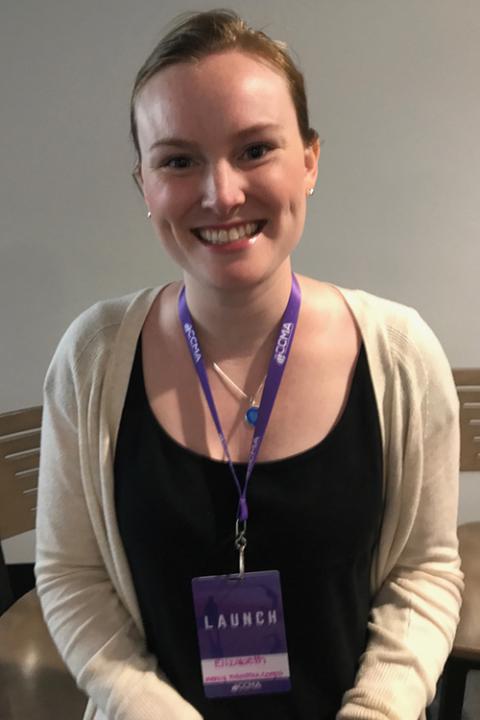 But not all rewards are money in the bank, she noted, pointing to more than 1,000 women and men who have served in the Mercy Volunteer Corps during its 40-year history, working at 169 U.S. service sites and in South and Central America. "We encourage options not on the traditional path," MacNeal told NCR, "and let volunteers use the degree they just spent so much effort and money on in teaching, hospital work and other needed fields."

Auxiliary Bishop Fernand Cheri of New Orleans and Bishop John Quinn of Winona-Rochester, Minnesota, proposed an action plan, contained in the secretariat’s national study on campus ministry, to develop and enhance Catholic campus ministry. The two prelates serve respectively as the Episcopal liaison for the Catholic Campus Ministry Association and as a member of the Higher Education Working Group for the U.S. bishops’ conference.

In it, they urge their fellow bishops to host listening sessions with campus ministers and students and to dialogue about the future of campus ministry. Among issues which prelates need to take stock of, they write, are the work of youth ministers relative to campus ministry and the bridge between youth and young adult ministers and those serving college students.

"Where is the church present and where is the church absent on college campuses?" and "How can students get connected across diocesan ministries?" are two questions the bishops put to their confreres. They urged bishops to develop a pastoral plan and allocate resources for campus ministry in each of their dioceses.

Among successes that seem to go largely unrecorded are the numbers of students who enter or rejoin the church and receive the sacraments, many for the first time, through the auspices of Catholic campus ministry. During this year’s Easter Vigil, hundreds of students were received into the church across the nation.

Seton Hall welcomed 23 students at the Easter Vigil. New members entered the church at Iowa State University, the Catholic University of America, at several Texas universities and at Arizona State. Fr. Rob Clements, pastor at Arizona State's All Saints Catholic Newman Center, thought that at least 200 students had joined the church over the past decade. Yet there is no national comprehensive statistics on the numbers of students entering the church through the efforts of campus ministry.

"We have to do a better job of telling the story of Catholic campus ministry," St. Pierre said. "It’s on us."