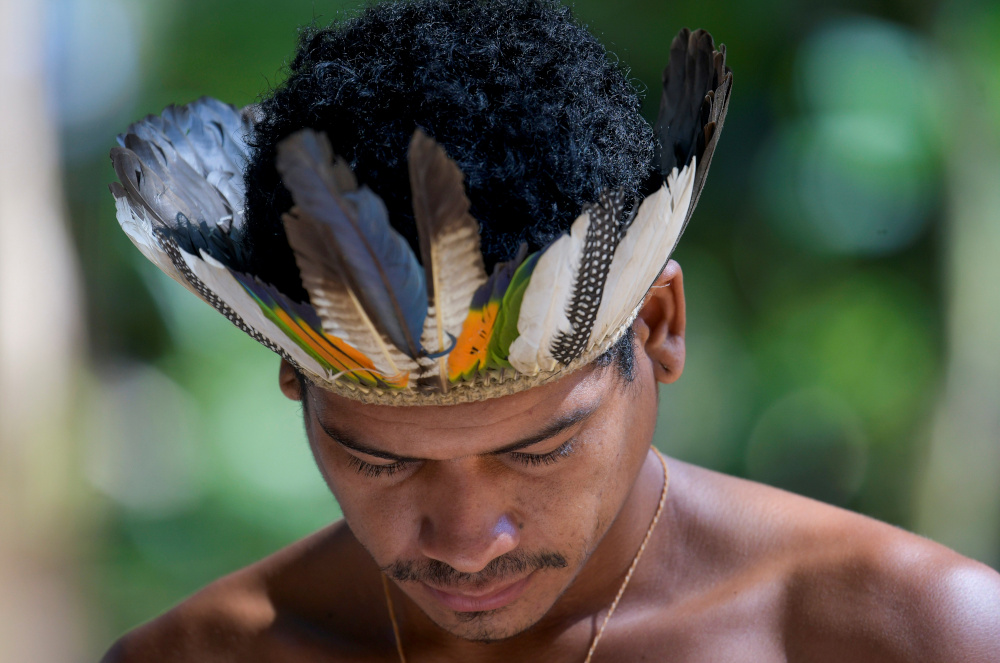 As the coronavirus spreads through South America, Catholic Church leaders are calling urgently for governments to protect indigenous people.

Many indigenous people, especially in the Amazon basin, live in remote areas far from medical facilities or in precarious housing on the edges of urban areas, often without water and sewer service.

"We are in a situation that reveals the deep inequalities in the country," said Ismael Vega, director of the Amazonian Center for Anthropology and Applied Practice, a nonprofit organization that supports the Catholic Church in the Peruvian Amazon.

Indigenous people are at particular risk because many live in remote communities where travel by river to the nearest hospital could take days, Vega told Catholic News Service. Some villages have small health posts, but they are staffed by nurse technicians who are not prepared for the coronavirus outbreak and often lack basic medicines, he said.

Peru's northeastern Loreto region, which has a large indigenous population in the cities of Iquitos and Nauta and in far-flung communities accessible only by river, had registered 58 of Peru's more than 1,000 COVID-19 cases as of March 31. Two patients had died and seven were on ventilators.

The public hospital has only 16 intensive care beds and was already battling a serious outbreak of dengue fever when COVID-19 struck, said Percy Minaya, the regional health director.

In Brazil, the Catholic Church's Indigenous Missionary Council, which works with Amazonian peoples, suspended its activities with communities and encouraged indigenous people to stay in their villages and to avoid allowing outsiders to enter, Archbishop Roque Paloschi, council president, told CNS.

"If an indigenous person becomes infected, the virus could spread throughout the entire community because of a lack of health care personnel to control the situation," he said.

Indigenous groups in parts of Peru and Brazil have taken steps to stop outsiders from entering their communities, issuing communiques and stopping vehicles.

Most Amazonian communities depend on water from streams and rivers for drinking and washing, Vega said. In many places those sources are polluted, so people lack safe drinking water and water for hand washing, a critical measure for preventing contagion, he said.

Traditionally, a community struck by disease would have relocated to protect its members. As recently as 30 or 40 years ago, that might have helped community members survive, Vega said, but encroachment by mining, logging and oil operations make it virtually impossible now.

COVID-19 could have an especially devastating impact if it reaches areas inhabited by semi-nomadic indigenous people who shun contact with outsiders. Some are descendants of people who fled disease and abuse by rubber barons, loggers and other outsiders over the years, according to anthropologists.

The largest number of isolated indigenous people in the world lives in small groups in dense, remote forests along the border between Brazil and Peru, but even those scattered groups are at risk, Paloschi said.

Territories inhabited by isolated people are officially off limits to outsiders in Brazil, although invasions by loggers, hunters and gold miners are not uncommon. On March 17, the Brazilian government issued a decree that would allow officials to enter territory inhabited by isolated people during the pandemic if their work is "essential to the survival of the isolated group."

Paloschi fears the decree is another step toward a change in official policy in the government's indigenous affairs agency, where a former evangelical minister now heads the office responsible for protecting isolated people and those in recent contact.

Leaders of an organization that represents seven tribes in the Javari Valley Indigenous Territory, where many of Brazil's isolated groups still live, have complained to officials that a missionary from a U.S.-based organization has entered the reserve several times without permission and is recruiting indigenous people for an expedition to contact a group of isolated people.

"Unfortunately, the government is encouraging contact," Paloschi said. "This is a great risk. The government must protect and respect the sovereign will of these people to live without contact."

The government is "ignoring invasions, deforestation, mining and the encroachment of industrial agriculture in indigenous areas" that have already been officially recognized by law, he said.

One of those areas is near Brazil's border with Venezuela, where as many as 20,000 people are estimated to work in unregulated gold mines in areas inhabited by semi-nomadic groups as well as villages of Yanomami people.

If miners who travel in and out of the area infect indigenous people there with COVID-19, the disease could devastate those groups, said Esther Tello, co-director of the diocesan Caritas office in Boa Vista, Brazil.

Paloschi called for the Brazilian government to increase personnel, funding and infrastructure for protecting the health of the country's indigenous people. Without adequate health care, indigenous people will be forced to leave their villages, he said.

In Peru, Vega urged the government to establish more community health posts, staff them with well-trained personnel, keep them stocked with medicines and be prepared to evacuate patients quickly by air or river.

Besides the weakness of health care for indigenous people, the pandemic points to a deeper lesson, Vega said.

"We are paying the consequences of a development model that is obsessed with economic growth at the expense of important rights," he said, "such as the right to health and education and, in the case of indigenous people, the right to territory and a healthy environment."