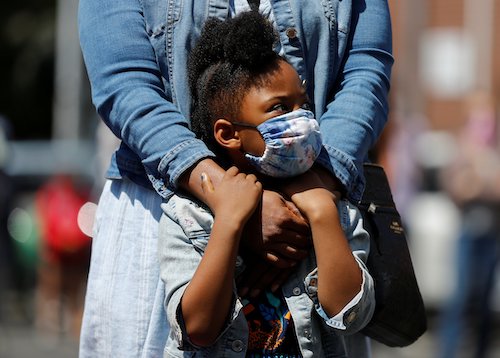 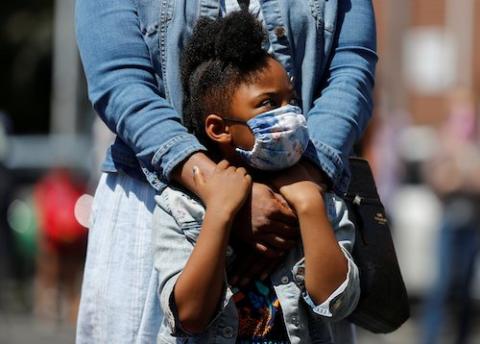 Two years after Pope Francis summoned the heads of bishops' conferences around the world to Rome to confront clergy abuse among their own ranks, Catholic philanthropists are following his lead with a new initiative aimed to encourage Catholic funders to promote safeguarding in their own organizations and philanthropic efforts.

The newly launched multi-year program, "Commitment to Child and Vulnerable Adult Protection" is led by Foundations and Donors Interested in Catholic Activities (FADICA), an umbrella organization representing over 50 member organizations and individuals. It encourages those funders to sign a pledge to review their own internal safeguarding policies, as well as that of their grantee partners.

"One of the things that has been driving FADICA's initiative is that everyone in the church has a role to play in confronting abuse," FADICA President and CEO Alexia Kelley told NCR following the initiative's launch event on Feb. 25.

She said that following the devastating summer of 2018, which included revelations of abuse by now former Cardinal Theodore McCarrick of Washington and the release of the Pennsylvania grand jury report on clergy abuse throughout the state, that FADICA members wanted "to consider how they can engage more proactively and collaboratively in their role as funders" when it comes to safeguarding.

The result: the new initiative, which in addition to the pledge, includes a free community seminar by abuse and protection experts, free safeguarding consulting for members and their grantee partners and access to sample policies for organizations to adopt. As a part of the initiative, FADICA has partnered with Praesidium, Inc., an abuse risk management company, to provide support for member organizations.

To date, 17 of FADICA's nearly 50 partner organizations have signed onto the pledge, including the Conrad N. Hilton Foundation and the Raskob Foundation for Catholic Activities, whose representatives spoke at the virtual launch event webinar hosted last month.

"Funders can be engaged leaders, sharing their values with their partners and supporting the development of safe organizational cultures, both in our own organizations and in civil society," said Peter Laugharn, president and CEO of the Hilton Foundation.

He emphasized that one important aspect of the initiative was that it was focused on both children and vulnerable adults.

"Every community benefits when we prioritize dignity," said Laugharn, noting that while the commitment is inspired by principles of Catholic social teaching, secular partners stand to benefit from prioritizing human dignity in their policies.

"One of the best ways that we can leverage philanthropy is to promote a culture of safety." Maria Robinson, FADICA's board chair and a member of the Raskob Foundation for Catholic Activities, told attendees, adding that the initiative should be a welcome opportunity to help change the culture in institutions that had not been prioritizing safeguarding.

Also on the webinar was abuse survivor Juan Carlos Cruz, who was influential in persuading Pope Francis to investigate decades of abuse and cover-up among the country's hierarchy in his native Chile, and Teresa Kettelkamp, a member of the Vatican's Pontifical Commission for the Protection of Minors and and a former director of the U.S. Bishops' Child Protection Office.

"People tend to be scared of survivors sometimes," said Cruz, who praised the new initiative as "tremendously important" in putting the experience of survivors at the heart of organizational practices.

Kettelkamp said the new initiative is a way for organizations to "come alongside the efforts of Pope Francis, the global church and the [Vatican] commission" in helping to "localize responsibility."

"This should not be a top-down process handled solely by leadership. The key is to pass the baton to the base," she said.

Kelley told NCR that she hopes the pledge and the related efforts create a ripple effect beyond church or diocesan officials to lay people and funders in a wide shared embrace of prioritizing safeguarding.

"Everyone can all play a part in ensuring that we have safe cultures in society and in our church," she said. "That sense of responsibility is strong. We all can be engaged and informed about how abuse happens, how to prevent it and what's needed for healing."