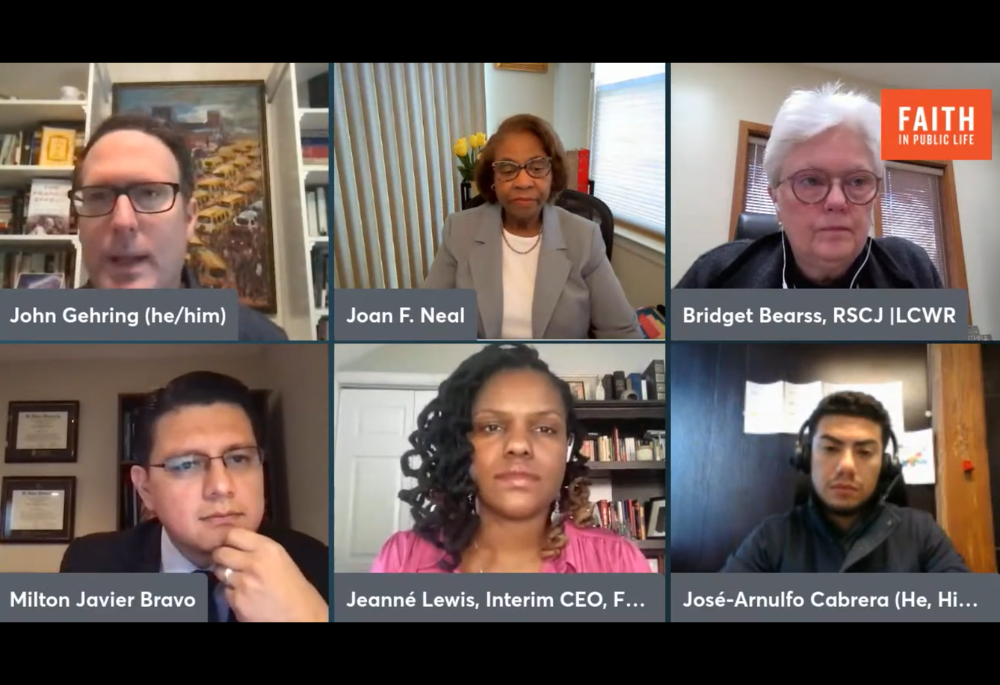 Catholics have a duty to combat voter suppression, said panelists in an Oct. 14 webinar organized by Faith in Public Life titled "Protecting Democracy & Voting Rights: A Conversation With Catholic Activists."

The webinar built on a statement that Faith in Public Life released Sept. 27 in which Catholic leaders wrote, "Voter suppression is a sin and silence is complicity."

Jeanné Lewis, interim CEO at Faith in Public Life, shared in the webinar that her grandfather worked with other Black Catholics at his parish to organize against an unconstitutional literacy test that they faced in New Orleans, Louisiana.

"In my lifetime, I didn't think I'd have to face the level of violence and intimidation and a breakdown in the rule of law that my grandparents did more than 50 years ago, yet here we are," Lewis said. She said that Faith in Public Life is building infrastructure to prevent political violence and counter misinformation.

"We believe that all people are created in the image of God and have the right and the obligation to participate fully in our democracy," said Sacred Heart Sr. Bridget Bearss, associate director for transformative justice for the Leadership Conference of Women Religious.

Bravo said that white Christian nationalism and its hatred led to the August 2019 massacre in El Paso, Texas. The shooter has confessed that he was attempting to target Mexicans.

Lewis suggested that Catholics could look to the sacrament of reconciliation as a "tool for overcoming the divides in our society and also repairing our broken relationships."

"What would it look like for our institutions to do a true examination of conscience around how our relationships with one another and God have been broken and then engage in a sacramental journey to repair those relationships?" said Lewis.

Joan Neal, deputy executive director and chief equity officer at Network Lobby for Catholic Social Justice, emphasized the importance of democracy. "History shows us that democracy is the system of government that best affords every person the freedom and dignity to flourish while also serving the common good," she said.

"As Catholics, we are called to be multi-issue voters," Neal said. "Whatever else you do, make sure that you vote if you can."