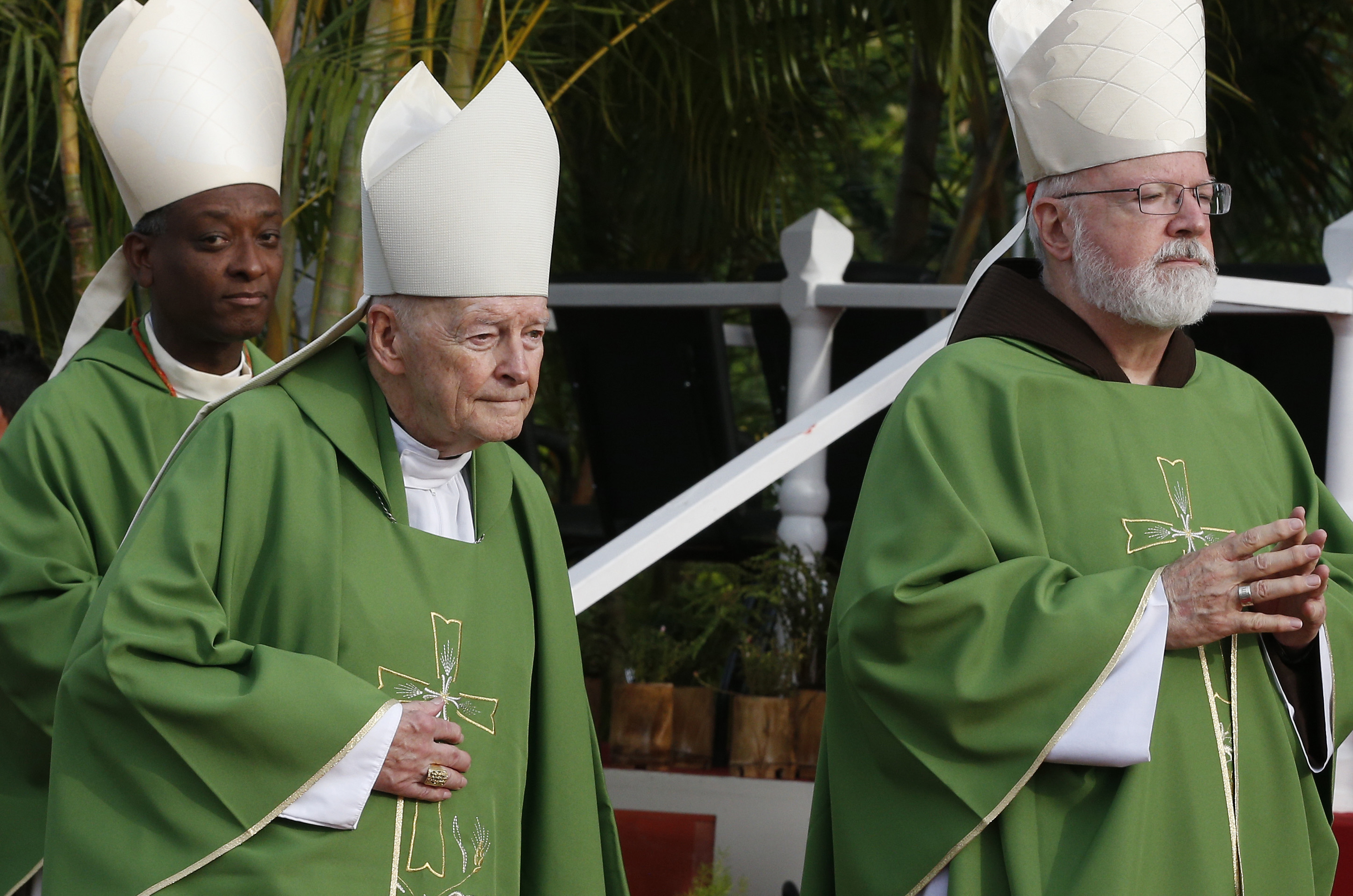 For clarification purposes, CNS deleted the original last paragraph listing some of the board members of the Catholic Women’s Forum. Updated 10:20 a.m. Central time Sept. 10, 2018

A pair of open letters to Pope Francis asking him for answers to charges of cover-ups by him and others over abuse allegations against retired Archbishop Theodore McCarrick of Washington were sponsored by the Catholic Women's Forum, a project of the Ethics and Public Policy Center, a Washington-based think tank.

The prologue to one of the letters declares, "This letter reflects the personal initiative of the individual Catholic women signing this letter, and is not sponsored by any group or organization." The letter and invitations to sign it, though, are posted on the Catholic Women's Forum's website.

The first letter, titled "Letter to Pope Francis from Catholic Women," is dated Aug. 30, four days after publication of an 11-page letter by Archbishop Carlo Maria Vigano, the former Vatican nuncio to the United States, making charges against Francis and other church leaders.

The second letter, from a group called Catholic Men United for Christ, is dated Sept. 5. "Specifically," the second letter said, "we request that you answer the questions posed by our sisters in their letter to you."

The men's letter, which had 6,381 signers since it was posted, said, "We plead for justice for the victims of abuse. We add our voices to those of the bishops who have called for an investigation of the church hierarchy, both in our own country and in the Vatican. This investigation should be carried out by faithful laymen and women. Further, we encourage other groups to make their voices heard by writing more letters of this nature."

Among the men's letter signers were Scott Hahn, a permanent deacon who is a professor at the Franciscan University of Steubenville in Ohio, and Al Kresta, president, CEO and a host on Ave Maria Radio.

In response to a query from Catholic News Service, Catholic Men United, using an email account ascribed to a "John Bishop," said, " The letter is an organic initiative from roughly a dozen Catholic laymen from several dioceses. Several of the primary leaders have chosen to remain anonymous. The letter is intended to be an expression of the faithful who sign it, and we do not wish to direct attention to any particular signer."

The Ethics and Public Policy Center, active since 1976, offers nine main programs, of which the Catholic women's forum is one.

Its best-known scholar to Catholics is George Weigel, who writes a syndicated column called "The Catholic Difference" and wrote a biography of St. John Paul II. Rick Santorum, a former U.S. senator from Pennsylvania and a onetime presidential aspirant, was a fellow at the center for six years.

"Pope Francis calls for women to be a more 'effective presence' in the church and in the world," says the Catholic Women's Forum on its website's homepage, adding it "responds to this call" by "amplifying the voice of Catholic women -- leading female Catholic professionals, scholars, and other experts -- on crucial issues of today."