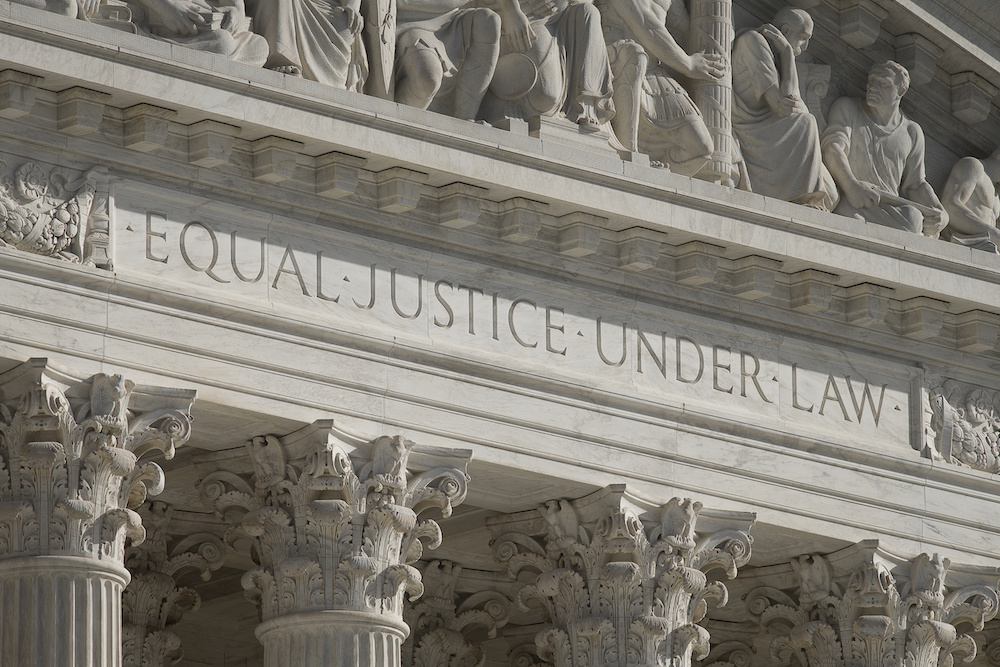 The U.S. Supreme Court in Washington is pictured in 2017. The court has issued rulings in 19 cases related to the death penalty between 1972 and 2008. (CNS/Tyler Orsburn)

Conservatives Concerned About the Death Penalty released a statement July 25 criticizing the federal reinstatement of capital punishment, arguing the practice goes against the fundamental principles of conservatism.

"Resumption of executions by the federal government goes against the trend we have seen in states across the nation, where executions and sentences are at historic lows. A growing number of conservative state lawmakers are driving that trend because they realize that capital punishment goes against their principles of valuing life, fiscal responsibility and limited government, and that the death penalty does nothing to make the public safer," noted a statement by Hanna Cox, national manager of the group.

In an interview with NCR, Cox said there are more reasons why her organization opposes the death penalty but that, "at its basis, conservatism is based on the principles of limited government, fiscal responsibility and protection of the sanctity of human life, which the death penalty doesn't meet any of."

In terms of limited government, Cox said that conservatives generally don't think the government does a good job delivering the mail so it doesn't make sense to let it "carry out matters of life and death of its own citizens." In terms of fiscal responsibility, she said the death penalty is "vastly more expensive than anything else in the criminal justice system," largely because of trials that can cost about $750,000 to $1,000,000 more per case than non-capital cases. And for sanctity of human life, she cited a system "overrun with wrongful convictions" — one person exonerated from death row for every 10 executions, according to Cox.

Cox said her numbers came from analyses conducted by her organization as well as data from the Death Penalty Information Center.

Cox also noted "overwhelming issues of arbitrariness" — meaning the location of the crime is the largest determinant of who receives the death penalty — as well as socioeconomic and racial bias as other reasons for opposing the practice.

"Clearly it's not an effective use of our tax dollars and it's not really giving us anything in return. It's not making us any safer," she said.

The reasons for opposing the death penalty at the federal and state level are essentially the same, Cox said.

Cox and members of her organization are part of, what she called, a growing movement of conservatives across the country to hold this position.

According to its website and Cox, Conservatives Concerned About the Death Penalty got its start in Montana in the latter-half of the early 2000s decade when lawmakers and Republican party officials united to call for the end of capital punishment in their state. "They felt the pro-life movement was not doing its due diligence to encompass that viewpoint, so they started organizing themselves," Cox said.

Organizers soon recognized the potential to expand their efforts to other states and launched the national Conservatives Concerned about the Death Penalty at the 2013 Conservative Political Action Conference. Since the national launch, Cox said her organization has been involved in a number of successful campaigns to end the death penalty in various states. She also said they have seen "real growth in the number of Republican lawmakers sponsoring legislation to repeal the death penalty."

According to a report on the organization's website published in 2017 and titled "The Right Way," there were 40 Republican repeal sponsors in 2016, which is 10 times as many as in 2000. There are currently 21 states without the death penalty, according to the Death Penalty Information Center.

Cox, who used to be a supporter of the death penalty herself, said she thinks support for the death penalty "tends to run a mile wide and an inch deep," with many conservatives supporting capital punishment in theory without a complete understanding of how it is applied in practice. That being the case, she said a lot of her organization's work comes in the form of educating and coalition building.

"We continue to try to get these data points in front of people and make sure people on the right are aware of that, and also make sure people know they have a place to go," Cox said. "If it's something they're struggling with and want to flush it out with other conservatives, we're here for that. Or if it's people who have been convinced for some time and want to get active, we're here for that too."

A version of this story appeared in the Aug 9-22, 2019 print issue under the headline: More conservatives oppose death penalty, group says.