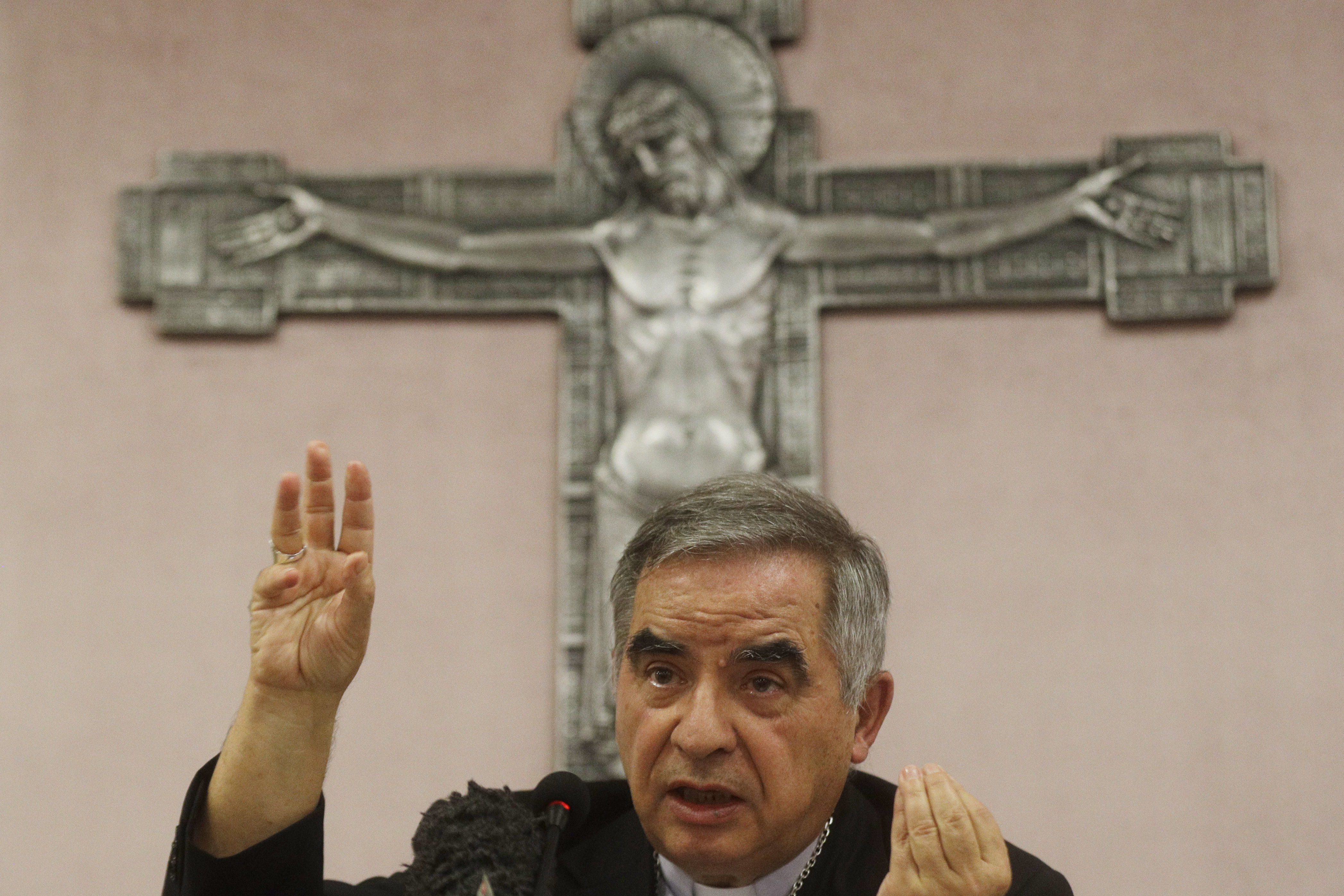 VATICAN CITY — The lone cardinal indicted in the Vatican's big fraud and embezzlement trial has issued a formal protest to the court claiming the pope's prosecutors had offended his dignity by suggesting he was having sex with a co-defendant.

Cardinal Angelo Becciu, a onetime high-ranking official in the Vatican secretary of state, is the only defendant who has attended all hearings of the trial. But Becciu stayed home on Tuesday and wrote a letter to the court saying he didn't want to be present while his lawyers raised objections to the contents of a 2020 interrogation by prosecutors about his relationship with co-defendant Cecilia Marogna.

The objection was the latest made by the defense about the behavior of the pope's prosecutors during their investigation, which began in 2019 over the Vatican's 350 million euro investment in a London real estate deal. The probe has grown to include Becciu's donations of Vatican money to a charity run by his brother and his payments of Vatican money to Marogna, whom he had hired as an external security consultant to help negotiate the release of Catholic missionary hostages in Africa.

Both Becciu and Marogna have denied wrongdoing or any improper relationship.

The Vatican tribunal president threw out the prosecutors' indictments against four other suspects because they made procedural errors, though on Tuesday the four were re-indicted.

The tribunal has also repeatedly ordered prosecutors to hand over all evidence after defense attorneys complained they couldn't properly defend their clients without it. Six months into the trial, prosecutors have still held onto some evidence, turning over edited portions of videotaped interrogations and a fraction of the emails, text messages and other informational evidence that they had seized.

On Tuesday, tribunal president Giuseppe Pignatone gave prosecutors one more deadline to make the forensic copies available to the defense by Monday, after Becciu's lawyers said they had received only 16 of 255 pieces of evidence seized.

Becciu's lawyers also raised an objection to the behavior of prosecutors during a November 2020 interrogation of their prime suspect turned star witness, Monsignor Alberto Perlasca, a longtime Becciu deputy. During the session, prosecutor Alessandro Diddi pressed Perlasca about whether Becciu was having intimate relations with Marogna.

According to a transcript, Perlasca denied anything untoward. But Diddi persisted, noting that a famous Italian television comedian had done a skit suggesting that Marogna was Becciu's lover, and wondering why Becciu hadn't sued him if it were false.

According to Becciu's lawyers, Diddi's line of questioning violated the Vatican's procedural code, which forbids interrogating witnesses about the morality of others.

Diddi, for his part, defended his behavior.

"I am tranquil about the work we have done," he told the court.

Pignatone set the next trial date for Feb. 18, at which point the newly re-indicted suspects would re-join the trial and the court would consider the defense objections raised to date.