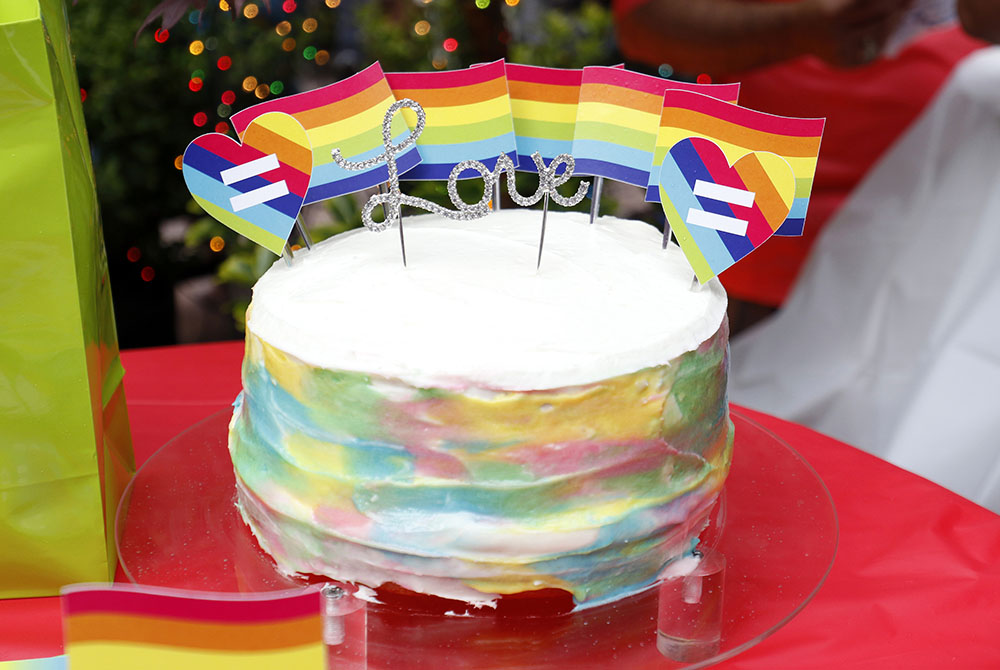 A cake is seen during a party following an annual "Pre-Pride Festive Mass" at St. Francis of Assisi Church in New York City June 29, 2019. The liturgy, hosted by the parish's LGBT outreach ministry, is traditionally celebrated on the eve of the city's Pride March. (CNS/Gregory A. Shemitz)

It began with a question during a Sunday sermon after a Gospel reading about a Jesus healing. "Who are the lepers today?" asked Fr. Victor Clore, pastor of Christ the King Church in Detroit.

That was more than two decades ago, and Clore, still pastor at Christ the King, answered his own question with a reference to LGBT Catholics. The question generated a response: Soon a regular meeting began at the church for Catholic families wrestling with the issues involved, a few dozen people from throughout the metro area coming together to push for more inclusion and understanding for gays and lesbians in church life. They eventually aligned themselves with a national group called Fortunate Families.

That church support ended in March, as, in the midst of the pandemic, Clore received a letter from Detroit Auxiliary Bishop Gerard Battersby that Fortunate Families could no longer be welcomed at Christ the King or, for that matter, any facility affiliated with the archdiocese.

Battersby, in his letter, said that Fortunate Families offered "a competing vision" of church teaching "detrimental to the very membership the organization seeks to serve." Quoting a pastoral letter from Detroit Archbishop Allen Vigneron, he offered hope that LGBT people "will find support for growing as a human person in the virtue of Christ-like chastity." 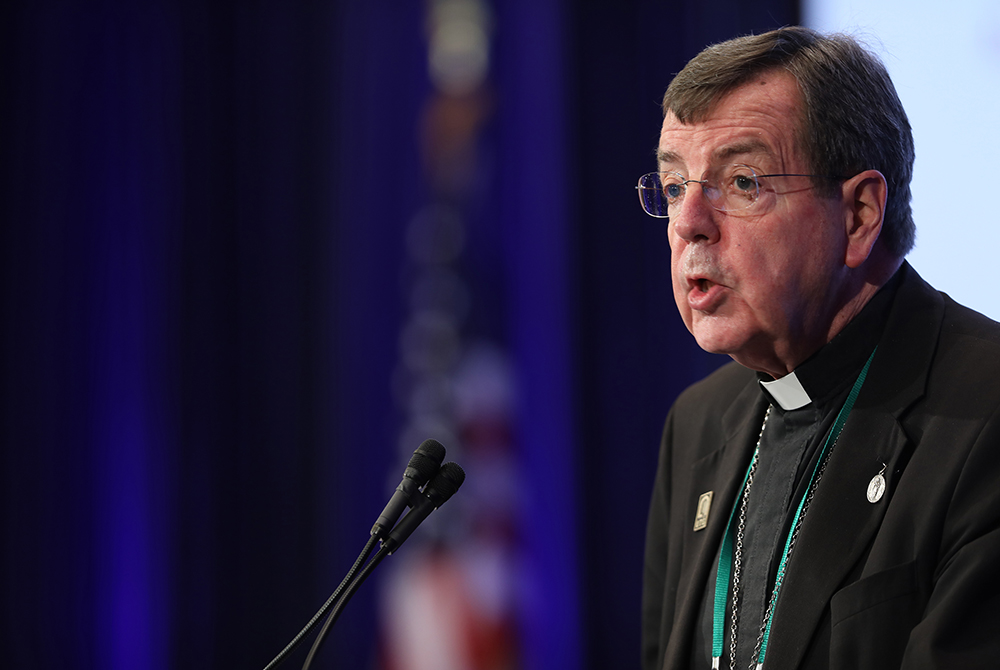 Battersby encouraged Fortunate Family members to join with EnCourage, an archdiocesan ministry affiliated with Courage, which provides support for Catholic gays who want to live in adherence with church views on chastity. A symposium late last year sponsored by the archdiocese gathered together those ministering to LGBT people to support the Courage ministry. EnCourage provides support for families and friends of gay people following the Courage model.

"There's not to be a discussion. No conversation. It's just that you're gone. It was hurtful. It was unexpected."
—Linda Karle-Nelson

While "we don't believe every LGBT person needs to be celibate," she said that Fortunate Families — an organization based in Lexington, Kentucky, with chapters around the nation — tries to be a bridge between families with LGBT members and the church.

The letter from Battersby created anger among Fortunate Family's members, she said. "There's not to be a discussion. No conversation. It's just that you're gone. It was hurtful. It was unexpected," she told NCR.

Stanley Francis "J.R." Zerkowski, executive director of the national Fortunate Families group, said that the expulsion of the Detroit group was the first he's experienced in three years as director. Bishop John Stowe of Lexington, Kentucky, is the ecclesial advisor to the executive director for national Fortunate Families, and retired Detroit auxiliary Bishop Thomas Gumbleton serves in that role for the Detroit chapter.

The action comes on the heels of the expulsion from the archdiocese of the Detroit chapter of Dignity, a group that provides advocacy and support for gay Catholics. Clore wrote a public letter expressing support for Dignity.

The reason for the move, Zerkowski told NCR, is cloaked in mystery.

"I would want to straighten out the misimpression that we were operating outside of Catholic teaching," he said, noting the group has no position on volatile issues such as same-sex marriage, and sees itself as a bridge between friends and family of gay people and the church. He said that the group does reject the language of some church documents that gay Catholics are "intrinsically disordered."

"It is very important to me that we remain in dialogue and in good standing with the church. That is the only way we can open up doors to LGBQ brothers and sisters," Zerkowski told NCR.

"Everyone was thinking they'd be the only one," he said.

A version of this story appeared in the June 12-25, 2020 print issue under the headline: Archdiocese of Detroit expels support group for LGBT families.