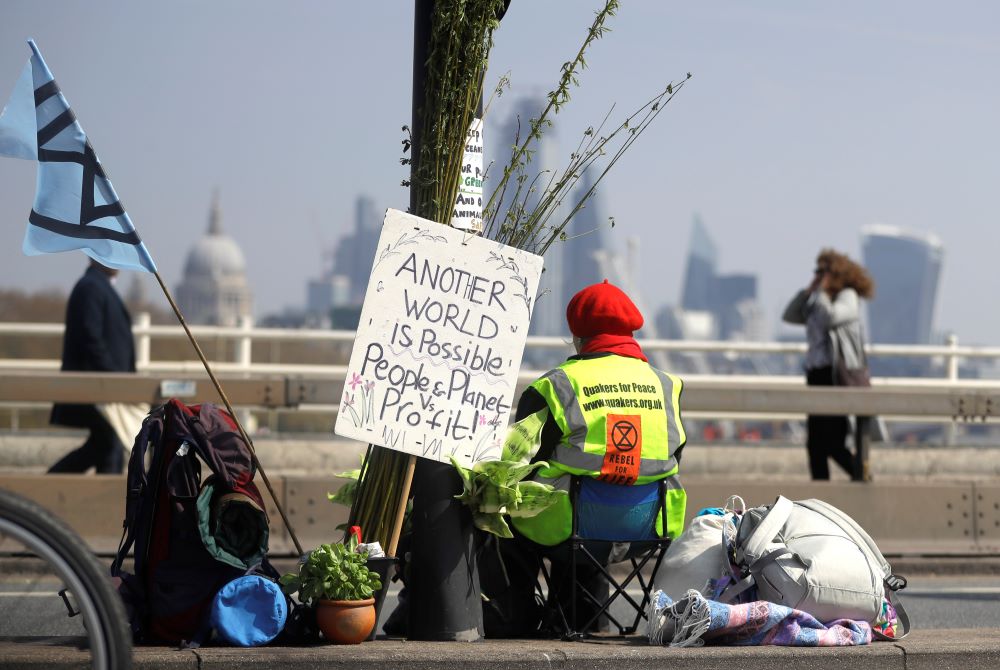 A demonstrator sits in the road during a climate protest organized by the environmental group Extinction Rebellion. The weeklong nationwide protest included this April 15, 2019, action on Waterloo Bridge in London. As demonstrators sat along the bridge, a leader led them in a mindfulness exercise. (AP/Kirsty Wigglesworth)

On a sunny day with clear skies in April 2019, dozens of climate activists shut down London's Waterloo Bridge not with barricades or confrontation, but with meditation.

For many familiar with Extinction Rebellion, the demonstration was a marked change of tactics for the U.K.-founded environmental group more associated with shock acts of disruptive civil disobedience like gluing themselves to trains, coordinating mass arrests and semi-stripping in Parliament.

At the start of the protest, members of Extinction Rebellion sang a refrain of "Police, we love you, we're doing this for your children, too" to the officers alongside the perimeter. As they sat along the bridge, a leader asked those congregated to think of the people they know, and don't, as well as nonhuman creatures suffering because of climate change. She then led them through a meditation, asking they feel their feet "rooted to the ground" and overall to be fully cognizant of their bodies and aware of their present moment.

The demonstration was in essence an exercise in mindfulness, a practice with ancient Buddhist roots that has increasingly received attention within the climate movement. There have been health studies, think pieces and even TED Talks examining the benefits it can offer to those engaged in efforts to change the tide of rising global temperatures.

Count Catholics engaged in ecojustice issues among those giving more thought to mindfulness. 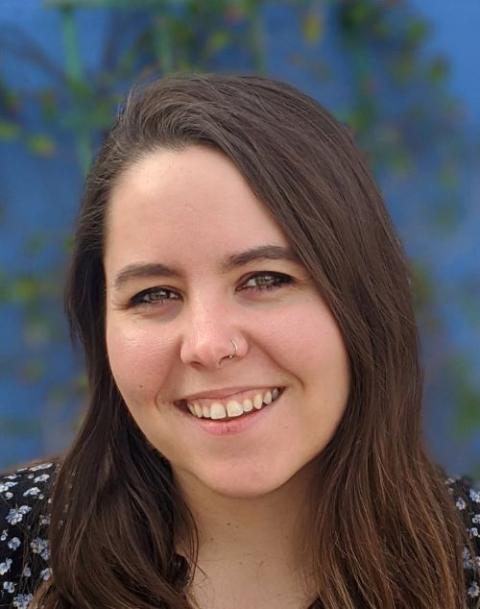 In late January, the Catholic Climate Covenant hosted a webinar through its youth outreach initiative that gathered nearly 300 people for a dive into mindfulness and what it may mean for their work on climate action.

"I think it's a really key skill for stepping into a different way of being, when we think about this ecological conversion that Pope Francis talks about," Anna Robertson, director of youth and young adult mobilization for the Covenant, told EarthBeat.

The Jan. 31 talk on mindfulness kicked off a new Ecospirituality Nights series. It was the idea of one of the Covenant's interns, Desiré Findlay, who suggested finding a way to bring young Catholics together and provide them tools to deepen their own ecological spirituality. In addition to mindfulness, the series will also focus on using a lens of integral ecology and the impact of climate action through faith-based organizations.

The virtual session featured Christina Leaño, associate director with Laudato Si' Movement and the spiritual director of the Genesis School of Contemplative Living who has led programs on meditation, contemplation and mindfulness for more than 15 years. A follow-up conversation took place Feb. 21.

In her presentation, Leaño said she shared the pope's belief that increasing awareness of what's happening to the world has to be partnered with new habits, "and I believe mindfulness is one of those new habits."

She added, "Because I do think that this capacity and this practice of mindfulness is needed so desperately today for personal reasons, for our planet and for each other."

Mindfulness for awareness and action

What exactly does mindfulness mean?

"Simply, it's just being with what is at this moment, knowing that it is not permanent," Leaño said during the virtual event. "That the only thing that is permanent, as we know, is God."

Put another way, mindfulness is a practice of intentional awareness of the now, whether it's good or bad. It is a "cultivation of being present to what is true in ourselves and others in our world, and then taking intentional action to address it," Leaño said.

Kyle Kramer, executive director of the Passionist Earth and Spirit Center, in Louisville, Kentucky, defines mindfulness by what it is — "paying attention to the present moment with curiosity and kindness, rather than judgment and shame" — as much as what it is not — a corporate productivity hack or a means for fulfilling goals.

"Mindfulness helps you see the world through new eyes, and it gives you new vision," said the host of the "Earth and Spirit" podcast, specifically a non-dual vision, "where the strict dividing line we often create between ourselves and other people, between ourselves and the created world is blurred." It's in that space, Kramer added, that the interconnectedness of all creation that Francis frequently talks about becomes clearer.

'This capacity and this practice of mindfulness is needed so desperately today for personal reasons, for our planet and for each other.'

Putting mindfulness into practice can take a variety of forms. It may be a formal practice of sitting cross-legged in a quiet room for a period of time, or a forest therapy session outdoors. Or it can be focusing intently on everyday actions as you do them, whether eating, walking or completing chores.

The Vietnamese Buddhist monk Thích Nhất Hạnh, who died Jan. 22, talked about mindfulness around a glass of water, and led walking meditations in the park, which theologian and ex-Dominican priest Matthew Fox joined from time to time.

"It's so simple, to walk every step on Mother Earth being fully present," Fox told EarthBeat. "And that's a form of meditation, and it's prayer … because it is a radical response to life, to calm that reptilian brain."

Mindfulness can help people connect to a sense of joy and gratitude for creation, and reclaim a sense of the sacred that Fox believes is essential to wake up to the damage that humans are causing to the planet, and then to become motivated to address it.

The absence of a sense of the sacred was a major focus for Passionist Fr. Thomas Berry, and guided his beliefs about how humanity can restore its relationship with the rest of the created world. "It has been said we will not save what we do not love. It is also true that we will neither love nor save what we do not experience as sacred," he said.

Kramer, whose Passionist Center builds on Berry's work, said that Berry's belief that humanity has become disconnected from the rest of the living world led him to invite people "into a new way of seeing … And to move through the world with that awareness, as opposed to an ego-centered awareness, is a form of mindfulness."

While mindfulness is rooted in the Buddhist tradition, Berry is among many influential Catholic thinkers past and present who have taken on the topic. Saints like Thomas Aquinas and Benedict, along with more modern theologians Meister Eckhart, Fr. Thomas Merton and Franciscan Sr. Ilia Delio have written on concepts related to mindfulness, or contemplation.

In his encyclical "Laudato Si', on Care for Our Common Home," Francis speaks about "an attitude of the heart, one which approaches life with serene attentiveness" and "is capable of being fully present" and accepts each moment as a gift from God.

"An integral ecology includes taking time to recover a serene harmony with creation, reflecting on our lifestyle and our ideals, and contemplating the Creator who lives among us and surrounds us, whose presence 'must not be contrived but found, uncovered,' " the pope writes.

"Pope Francis is pretty clear that contemplation and bringing awareness and love to everything is at the heart of solving this ecological crisis, because in the end it's about our relationship" to God, each other and ourselves, Leaño said.

Mindfulness for eco-anxiety and burnout

In November, Avellana Ross was among hundreds of people who joined a daylong fast in support of members of the Sunrise Movement who were conducting a hunger strike outside the White House to rally support for the Build Back Better Act. The bill, the focal point of President Joe Biden's domestic climate agenda, included half a trillion dollars directed toward climate change, in what would be the largest-ever federal investments on the issue. 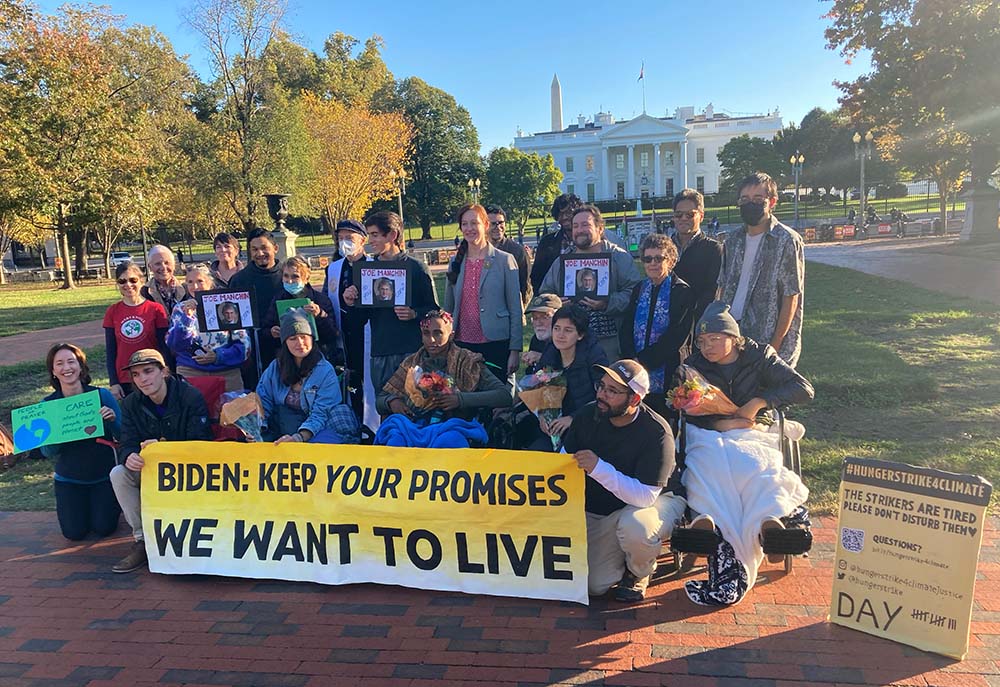 As the bill fizzled in the following months and now faces an uncertain future, Ross felt the weight and sadness that can come with trying to sustain a cause for the long haul, especially as a young activist observing those in power apparently unmoved to act.

"Anger. Loneliness. Weariness. Loss of connection to nature and other kinds of suffering appeared often in the writings of my peers on social media and in my own thoughts," she said during the Catholic Climate Covenant webinar.

Longtime proponents and practitioners of mindfulness say that it's exactly those feelings of burnout and anxiety that the practice can help address.

"Activism alone is not enough. You've got to have an inner life," Fox said, who's worked with students in his programs suffering from eco-anxiety and activist burnout. "You have to stay grounded."

In recent years, the Passionist Earth & Spirit Center has offered courses and support groups on dealing with eco-anxiety. "And how to bring spiritual practice into the very heart of those fears," Kramer said. Mindfulness has also been a regular topic on its podcast, which partners with the local NPR affiliate.

He's quick to add that while helpful, "mindfulness is not a magic bullet" capable of solving the current climate crisis or alleviating all spiritual ills. What it can do, he said, is offer tools "to stay grounded and resilient in a time that is full of turmoil and trouble." 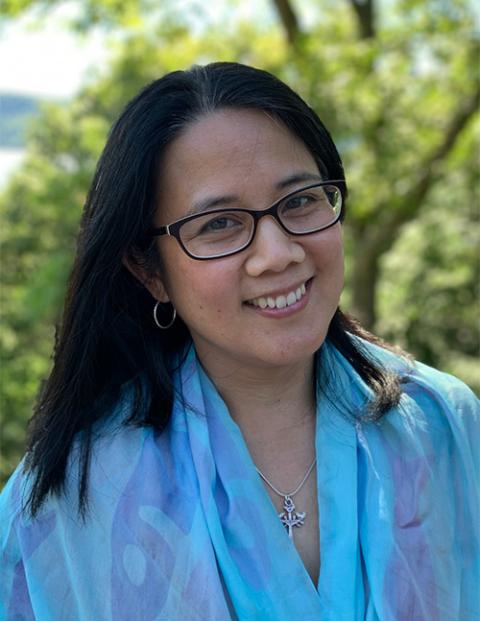 But in a decade where climate scientists say actions to reduce greenhouse gas emissions must rapidly speed up, especially this decade, is there time to slow down?

"We have little time to waste," Kramer said. "But we have to make good choices in this compressed time window that we have, and mindfulness helps us slow down and step back enough and create nonjudgmental space around our decisions that we can make good ones."

Within the Laudato Si' Movement, Leaño said they often talk about "the slow and fast movement" and use a metaphor of breathing in, in terms of practicing prayer and contemplation, and then breathing out, which represents the action fueled by that intentional reflection.

Leaño doesn't see the time crunch to address climate change and the intentional slowing down that mindfulness preaches as at odds. Instead, she says the latter benefits the former.

For instance, Christina Figueres, the former U.N. climate chief and architect of the Paris Agreement, has spoken about how mindfulness and the teaching of Thích Nhất Hạnh helped her find strength to persevere and find success through those difficult negotiations.

In the coming months, the Laudato Si' Movement plans to launch a Laudato Si' Contemplation & Creation program to promote the practice of contemplative prayer, including through a multiweek meditation training program.

"We need to be very clear about what is happening, what is needed and what is my role," Leaño said.

"Mindfulness gives us the capacity, the perspective of what is the bigger picture and allows us to draw upon deeper stores of wisdom. … And without that kind of perspective, we're not going to solve the crisis."

A version of this story appeared in the April 15-28, 2022 print issue under the headline: A movement 'rooted to the ground'.