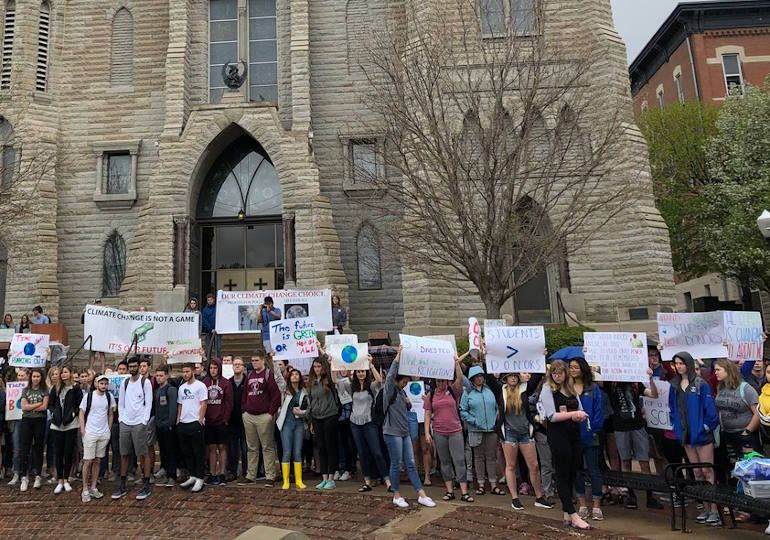 Creighton University will not divest from fossil fuels, as the Jesuit school's administration declined to act on a non-binding referendum supported by 86% of the students who voted* on the issue.

"We have decided at this time that implementing a policy of total divestment from fossil fuel companies as outlined in the recent nonbinding student referendum does not align with our goal of a properly diversified endowment, and could negatively impact Creighton and our students. It is important that the University follows a disciplined investment approach in its endowment, with a broad diversification strategy designed to achieve long-term returns," Jesuit Fr. Daniel Hendrickson, president of Creighton, said in a statement Nov. 13.

While forgoing divestment, Hendrickson simultaneously announced a series of initiatives to amplify the campus' engagement on climate change, including a sustainability forum in January, a new institute for global work on the issue, and a review of the university's investment guidelines.

The decision came in response to a vote on divesting the school's $568 million endowment that students overwhelmingly passed eight days earlier. Students said that the vote turnout widely surpassed prior elections and referendums, with an estimated 2,000 students supporting the divestment measure. According to Creighton, current undergraduate enrollment is 4,472 students, with another 1,827 students in graduate school and 2,522 students in professional schools.

The students requested the university immediately freeze any new investments in fossil fuel companies, and to enact a two-phase divestment policy, beginning with ending holdings, estimated at 2% of the endowment, in the top-200 highest emitting fossil fuel companies by 2025. From there, the students requested Creighton align full divestment with its carbon neutrality goal, currently targeted by 2050.

Hendrickson issued his decision a week after he told students he would provide them a response within that time span.

"There are compelling arguments on both sides of the divestment issue, as well as confusions," he wrote. He said that a number of companies they're asked to divest from are also involved in the development of renewable energy.

While declining to divest, Hendrickson announced he has asked the investment subcommittee of the university's board of trustees to evaluate and consider investments in companies developing alternative energy sources and technologies aimed at reducing carbon emissions.

He added Creighton will continue to use its shareholder position to push for carbon-reduction resolutions, and will seek out partnerships with groups like the Interfaith Center on Corporate Responsibility and the national Jesuit Committee on Investment Responsibility.

Hendrickson also said the campus will host a campus forum, titled "Seeking Hope: Intentional and Ignatian Responses to the Global Climate Crisis," with students and faculty on Jan. 28 to advanced dialogue on how Creighton, as an institution and individuals, can respond to climate change.

Among other announced initiatives was a working group under the Sustainability Governance Committee consisting of faculty, staff and students "to more routinely and intentionally address a range of sustainability topics," including a review of its investment guidelines, its carbon neutrality goals and the use of plastic on campus. The campus is also in the final stages of hiring a sustainability director.

A new institute called the Common Home Project, housed in the Creighton Global Engagement Office, will develop interdisciplinary programming around the United Nations' Sustainable Development Goals. The project will work with partners across the globe to explore curricula, research and other scholarly possibilities.

Hendrickson thanked the campus community for both their concern and work on climate change, particularly noting the passion of the students.

"This moment also provides an important opportunity for our entire campus community to further the essential dialogue around sustainability, responsible investing, and caring for our common home," he said.

[Brian Roewe is an NCR staff writer. His email address is broewe@ncronline.org. Follow him on Twitter:@BrianRoewe.]

Editor's Note: This article was updated to clarify that 86% of the Creighton student body who voted supported the divestment referendum, not 86% of the entire student body.