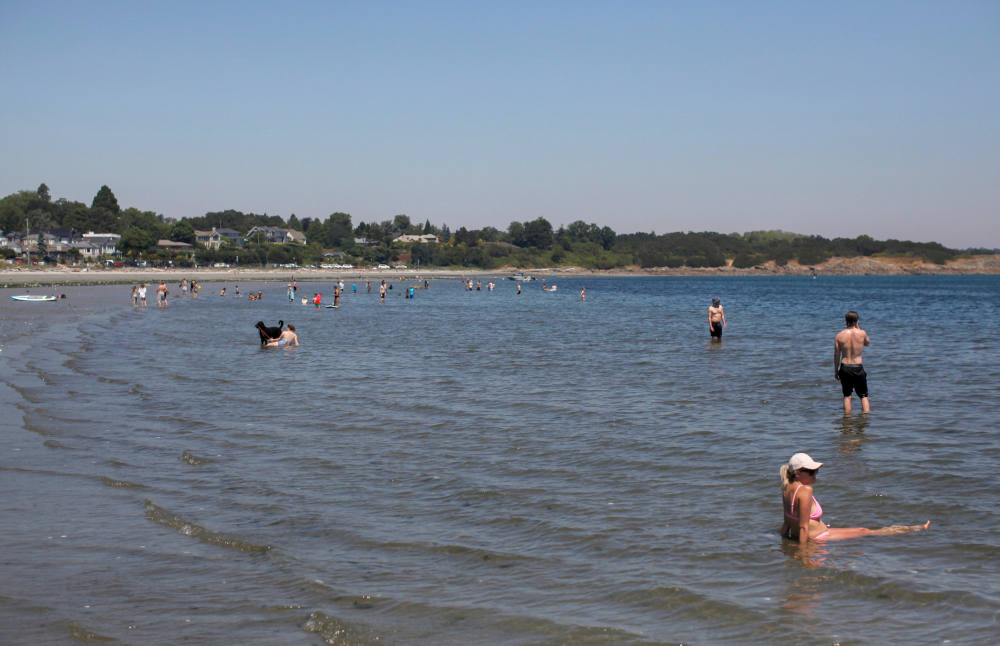 When world leaders assemble in November for the high-level, highly anticipated COP26 climate summit, they'll be facing an uphill climb. And not just because of their meeting locale's proximity to the Scottish highlands.

Global public opinion is skeptical that when leaders gather in Glasgow they'll do anything to seriously address the major challenge of climate change.

A briefing this week led by the Pew Research Center compiled findings from a number of surveys conducted in the past year on the issue of climate change. One polled the views of roughly 1,000 people each in 17 countries with advanced economies, representing North America, Europe and the Asia-Pacific region.

Of that group, majorities in 12 countries said they were not confident that actions by the international community would significantly reduce the effects of global climate change. Only four of the countries — Germany, the Netherlands, South Korea and Singapore — had majorities expressing confidence.

While the survey revealed positive marks from citizens toward their own country's response to climate change in most of the European nations and Canada, a majority of Americans ranked the response by the historical leading source of emissions as bad. And other people elsewhere agreed, with just 36% of all respondents saying the U.S. response to climate change has been good. Half of them said the same of China, the present-day emissions leader, with 78% saying it's doing a bad job. Fifty-six percent, on the other hand, praised the U.N.'s own efforts.

These views are likely a reflection of the uneven results that have emerged from past U.N. climate conferences. While COP21 in December 2015 proved a breakthrough moment with the adoption of the Paris Agreement, countries have languished in producing actions equivalent to that pledge in the time since. All the while the science has become starker not only of what needs to happen to meet the Paris goals — notably in the short term, cutting greenhouse gas emissions roughly in half by 2030 — but also what the world will look like if international efforts fail to act swiftly and seriously.

That need for far more urgent and full-scale actions is a message that the faith community will be bringing to Scotland. For Friday's main story, I spoke with several officials with Catholic development agencies and religious NGOs about their priorities and expectations for the critical negotiations at COP26.

A major objective for them will be holding countries' pledges to the more ambitious Paris accord goal of limiting average temperature rise to 1.5 degrees Celsius— a level that scientists say surpassing will put millions of people at risk of extreme weather, poverty and numerous health issues.

I'll be on the ground in Glasgow for the first week of COP26, which will include a world leaders summit where some over the summer anticipated Pope Francis would address heads of state face to face. Instead, the Vatican delegation will be led by Cardinal Pietro Parolin, though the pope is still expected to issue a statement, whether by text or video. And Catholics present also intend to ensure Francis' messages on the need for global urgency and solidarity to truly address what he's called a "climate emergency" will still ring throughout the negotiation halls.

The Pew briefing also looked at the pulse of the American public on climate change, at a time when the major pillar of the U.S. climate pledge under the Paris Agreement is in peril as negotiations in Congress continue over the final parameters of the all-encompassing reconciliation bill, once pegged at $3.5 trillion but now expected to be closer to $2 trillion.

While 65% of U.S. adults said climate change was a moderate or very big problem, it continues to rank low when asked whether it should be a top priority. The coronavirus pandemic has certainly factored into the American hierarchy of issues in the past year, but it's also clear from the data that climate change remains one of the nation's most polarizing topics.

Another survey, conducted in April, found that while nearly 3-in-4 Americans (and nearly half of Republicans) said it was more important to develop alternative energy than expand fossil fuels, two-thirds of U.S. adults favored an energy mix that includes oil, coal and natural gas alongside renewable sources, rather than rely entirely on renewables.

That question too yielded the typical partisan divides, as did several specific climate solutions, but it also showed an age gap — 52% of people ages 18-29 and 62% of those age 30-49 were ready to phase out fossil fuels completely. This comes as majorities of adults from every U.S. region perceive extreme weather events happening more often than in the past. (There's a partisan divide there, too.)

That last finding may offer a sign of hope, as climate scientists and activists believe that experiencing the effects of global warming personally will lead to stronger calls for immediate actions. But the question facing both the U.S. and COP26, as Alistair Dutton of Scotland's Caritas agency told me, is "Can we make those changes quickly enough?"

This week has seen a number of climate reports drop. We run through them. [Warning: The findings are rather bleak.]

Ecumenical Patriarch Bartholomew, known as "the Green Patriarch," will be at the University of Notre Dame on Oct. 28 to receive an honorary degree and speak on the topic of environmental stewardship.

As mentioned above, I will be in Glasgow for the first week of COP26. What are you interested in knowing about the proceedings? What questions do you have? What type of coverage do you want to read?

Drop me a line at broewe@ncronline.org and let us know.

Barbara will return to the newsletter reins next week. But like she always says, please forward this email, or pass along the link to EarthBeat Weekly on our website, to a friend who might appreciate EarthBeat.