EarthBeat Weekly: What 'meaningful sacrifices' will we make so future generations enjoy a better world? 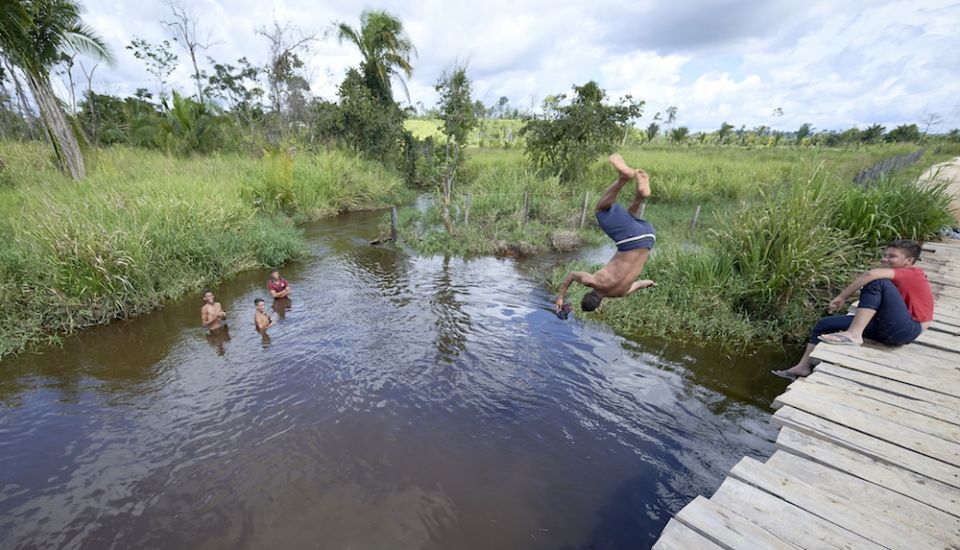 Children jump from a rickety bridge into a river near Anapu, Brazil, where deforestation and land grabbing for large-scale agriculture are endangering the livelihoods — and lives — of small farmers. Faith leaders have called for personal conversion and economic changes to protect creation for future generations. (CNS photo/Paul Jeffrey)

This week, Pope Francis and two other Christian faith leaders — Ecumenical Patriarch Bartholomew of Constantinople, who has long spoken out on environmental issues, and Justin Welby, Anglican archbishop of Canterbury — called on "everyone, whatever their belief or worldview, to endeavour to listen to the cry of the earth and of people who are poor, examining their behaviour and pledging meaningful sacrifices for the sake of the earth which God has given us."

In the face of the continuing coronavirus pandemic and the weather disasters associated with climate change, they issued a first-ever joint message for the Season of Creation, urging the world's people to "choose life," that future generations may also live, reports Carol Glatz for Catholic News Service.

The trio of faith leaders reminds us that the cascading impacts of a warming climate, along with the pandemic, disproportionately affect those who have the least economic and political power. They also call for both personal conversion and a change in our global economic system:

Each of us, individually, must take responsibility for the ways we use our resources. This path requires an ever-closer collaboration among all churches in their commitment to care for creation. Together, as communities, churches, cities and nations, we must change route and discover new ways of working together to break down the traditional barriers between peoples, to stop competing for resources and start collaborating.

Those responsible for managing finances, they say, must "choose people-centred profits; make short-term sacrifices to safeguard all our futures; become leaders in the transition to just and sustainable economies."

Whenever I ask a Christian climate activist or a climate scientist what individuals can do that make the most difference for the climate, one of the first answers is "vote." Our political choices shape local, regional and national policies to reduce our countries' greenhouse gas emissions.

Closely related to that is political advocacy — staying abreast of local, state and national policies and calling or writing to government officials to urge them to act on climate issues. 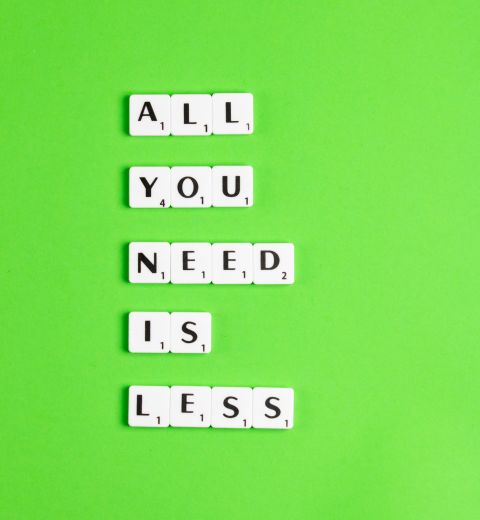 Faith-based environmental groups have been doing that kind of advocacy recently, calling for Congress to approve a $1.2 trillion infrastructure bill that has passed the Senate with bipartisan support and a $3.5 trillion budget reconciliation bill that is currently being crafted, reports NCR environment correspondent Brian Roewe. The faith groups said the bills represent "the most important political window on climate action that we have ever faced."

Pope Francis, Patriarch Bartholomew and the archbishop of Canterbury wrote that for the sake of young people, who feel their future is threatened, "we must choose to eat, travel, spend, invest and live differently, thinking not only of immediate interest and gains but also of future benefits."

Making lifestyle changes requires long-term commitment, and prayer sustains us on the journey. In this week's "At Home in Creation" reflections, Brenna Davis and Michael Downs of the Ignatian Solidarity Network remind us that even ordinary places are holy ground, encouraging us to visit places that hold special meaning and leading us through reflections that invite us to take action.

And if you're looking for more ways to take personal action to care for our common home, Creation Justice Ministries offers an idea a week.

"Choosing life means making sacrifices and exercising self-restraint," the three Christian leaders wrote in their joint message. "All of us — whoever and wherever we are — can play a part in changing our collective response to the unprecedented threat of climate change and environmental degradation."

What we hear from EarthBeat's readers:

Gene Swain of Calgary, Alberta, Canada, wrote to say we are overlooking a key factor in environmental degradation:

That is overpopulation. ... A century ago, with a population of less than 2 billion, we were beginning to do harm to the Garden with our overuse of fossil fuels for industry, food production and travel. Today, with four times the population, and still growing unchecked, we are destroying Earth's ability to sustain human, and most larger animal species', lives and yet we continue to promote "growth" both of population and resource usage. This must stop!

Continual growth is absolutely unsustainable and has to be reversed. Today, we are using at least 150% of Earth's ability to replace its renewable resources, to say nothing of our use of non-renewables. ... Religious leaders do nothing to help the situation. The Catholic church, in particular, continues to call any kind of effective birth control sinful. In my opinion, it is not only not sin, but a vital necessity.

With the present societal attitude, I think the only likely solution to over-population will be Nature. ... I expect COVID-19, and other drug-resistant diseases to be only a hint of what is to come. Though I am too old to matter, my grandchildren and great-grandchildren face a bleak future.

A virtual three-part speaker series, "What Must be Done? Vincentian Family Perspectives on Love and Justice for Creation," which begins Sept. 12, is aimed at helping participants — regardless of level of knowledge or experience — start thinking about caring for our common home.

You can find more information about this and other upcoming events on the EarthBeat Events page. And if your parish or faith group is scheduling an event, you can add it here.

Is your parish or faith group taking action during this Season of Creation? If so, we'd like you to tell us about it in 150 words or less in a Small Earth Story.

If you enjoy EarthBeat, please spread the word — you can pass along the link to EarthBeat Weekly or suggest to friends that they sign up here to receive this newsletter every Friday in their inbox. Thank you for reading EarthBeat!

EarthBeat | EarthBeat Weekly: What 'meaningful sacrifices' will we make so future generations enjoy a better world?