Indigenous communities in Louisiana's Delta overwhelmed by damage from Ida 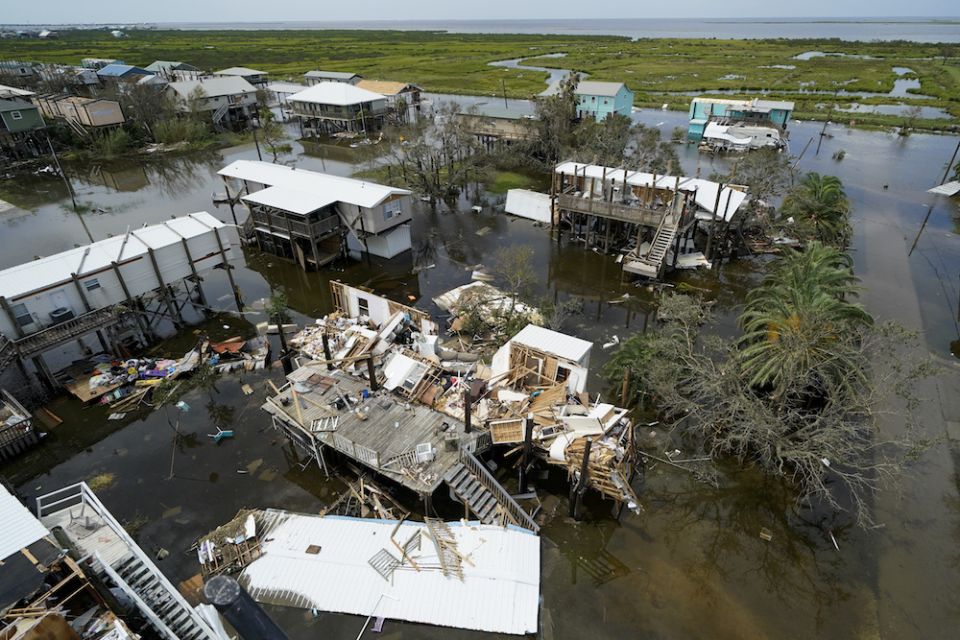 The remains of destroyed homes and businesses are seen in the aftermath of Hurricane Ida in Grand Isle, Louisiana, Aug. 31. (AP/Gerald Herbert)

The morning after Hurricane Ida made landfall in Louisiana, it was too soon to say how much damage had been done to the coastline's Indigenous communities, according to Monique Verdin.

Days before, she had evacuated from St. Bernard Parish, just south of New Orleans, to Pensacola, Florida — what should have been a three-hour drive stretching to 11 as so many others also fled the path of the storm, said Verdin, a citizen of the United Houma Nation and a collaborator with Another Gulf Is Possible.

She still remembers the damage caused by the catastrophic Hurricane Katrina, which struck New Orleans on the same day as Ida 16 years earlier: About a million gallons of oil spilled into a residential neighborhood in St. Bernard Parish. Her family home was engulfed in 11 feet of water. Relatives had to be rescued by boat.

And she's afraid once again the area's Indigenous communities will be forgotten as faith-based disaster relief groups and other aid streams to New Orleans.

"A lot of people don't even realize that there are Indigenous peoples in the Delta," Verdin said.

Ida made landfall Aug. 29 as a Category 4 hurricane, leaving more than a million Gulf Coast homes and businesses without power and some of the hardest-hit areas inaccessible from flooding and debris.

The next day, the United Houma Nation — which includes 17,000 citizens across six Louisiana parishes, mostly in Terrebonne and Lafourche — posted on its Facebook page that while the nation did not yet have a grasp on its extent, "The damage in our tribal communities is overwhelming."

Before the storm made landfall, United Houma Nation administration had created a survey for citizens in the hurricane's path, asking them to provide their most recent contact information and evacuation plans so it could get aid to them quickly. A small group stayed behind at the tribal office in Houma, Louisiana, to be on the ground to help immediately afterward.

The Pointe-au-Chien Indian Tribe also posted that its small community along Bayou Pointe-au-Chien in South Louisiana "took a direct hit" when Ida made landfall for the second time. The eye of the storm passed over the community, with 150-mph winds leaving behind so much debris that parts of the area were still not accessible by car Monday, making it impossible to assess the damage right away.

"What we do know is that this is a devastating blow to our community and there is a lot of damage and loss to homes," the post said. 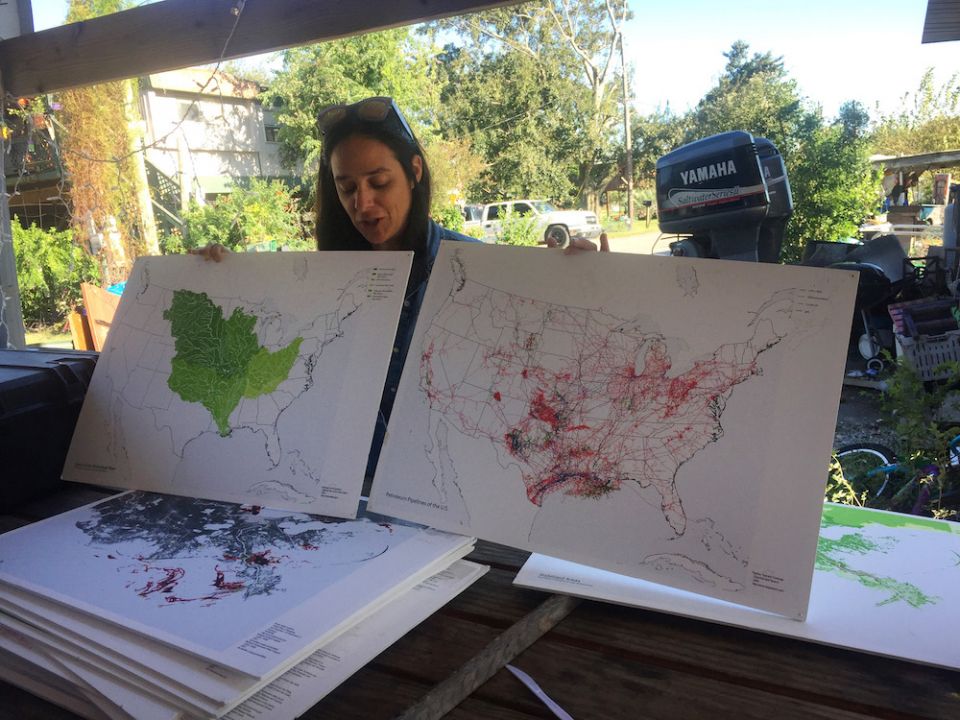 Patty Ferguson-Bohnee, a Pointe-au-Chien tribal citizen and one of the attorneys for the Pointe-au-Chien Indian Tribe, told Religion News Service in an email the tribe believes everyone evacuated its tribal village before the storm hit. It could be a week before they are able to return to check on their homes because of the debris, she said.

Meantime, the tribe is working on setting up a fundraising platform and accepting donations on PayPal, Ferguson-Bohnee said.

"We know that there are many homes that were destroyed and need repair. We expect this to be a long recovery process and will need support and assistance in rebuilding," she said.

Her group, Another Gulf Is Possible, is organizing mutual aid to help Indigenous, Black and brown communities impacted by Hurricane Ida.

Those Indigenous communities escaped being relocated from their land and moved west on the Trail of Tears by moving deeper into the Delta into scattered settlements, connected by a web of bayous, according to Verdin. They've remained there for nearly 200 years, maintaining a sense of sovereignty and weathering threats from hurricanes, climate change and the oil industry, she said.

The Houma aren't known for leaving their homes or running from a storm, she added, many choosing to stay to make sure their fishing boats are OK. But, she said, more of her family than ever evacuated this time before Ida swept through their communities.

As faith-based groups — including Southern Baptist Disaster Relief, Samaritan's Purse, Presbyterian Disaster Assistance, the United Methodist Committee on Relief and Lutheran Disaster Response — offer assistance in the aftermath of the storm, Verdin said she hopes they'll remember there is more to South Louisiana than New Orleans.

"Getting to the ends of the roads is extremely important because they are folks that need it the most in most cases," she said.

She hopes aid groups will consider what is really needed in this moment — more likely money to buy gas and food and other resources than bags of hand-me-down clothes they're unable to wash.

She's also worried about the possibilities of a second wave of storms hitting the area and of a spike in COVID-19 cases, already high in the Delta, as people shelter together and work together on recovery efforts.

The Houma have been through a lot, Verdin said.

But, she said, Houma culture and spirituality are "all about being there for the ones you love."

"I think the strength comes from being able to have community who's there to weather the storm."