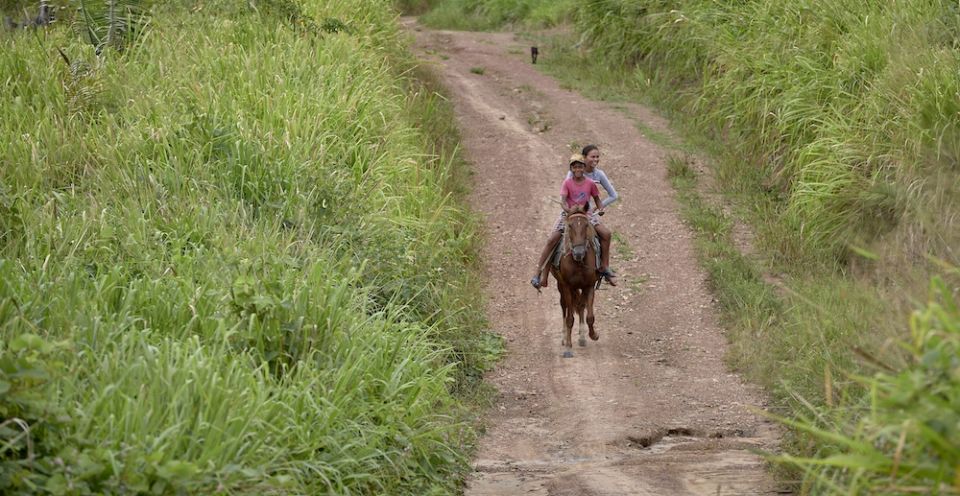 Two children ride a horse along a dirt road in the countryside near Anapu, in Brazil's northern Para state, where Sr. Dorothy Stang was murdered. Expansion of the agrarian frontier in recent decades has led to the steady destruction of this part of the Amazon rainforest. (CNS Photo/Paul Jeffrey)

It's been a year since Pope Francis wrote that he dreams of a church that fights for the rights of the poor and Indigenous peoples, a church that safeguards the ecosystems on which those people — and all of us — depend, and a church that takes on the face of the places where it is rooted.

That is the dream he described in Querida Amazonia, or "Beloved Amazonia," the papal exhortation published a year ago today as a follow-up to the Synod of Bishops for the Pan-Amazon Region, which brought religious, clergy and lay people together at the Vatican in October 2019.

It is also a dream for the church around the world, reflected in ecclesial networks that have emerged in the Congo Basin, Mesoamerica, and Asia and Oceania, as well as the Amazon Basin. Unfortunately, Querida Amazonia has not found an echo in the U.S. church. Once Francis sent the possibility of ordaining married men and opening the diaconate to women to committees for further study, it seems U.S. Catholics lost interest.

But reducing the Amazon Synod to married priests and women deacons ignores the lessons the U.S. church should learn from Amazonia. It is particularly appropriate to remember that today, which also marks 16 years since the murder of Notre Dame de Namur Sr. Dorothy Stang, a missionary who worked with small farmers in Brazil who were — who still are — defending their farms and forests against land grabbers. 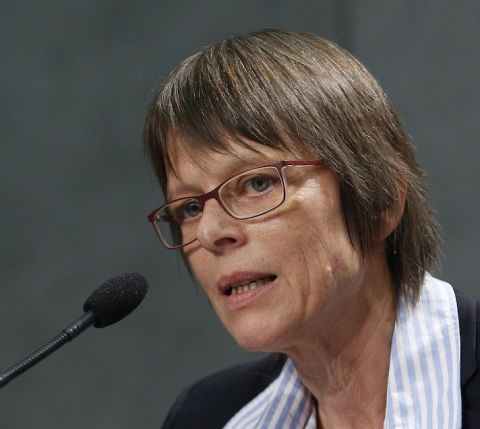 The pillaging of forests and the displacement of original and tribal peoples from their lands in Latin America, Asia and Africa to make room for cattle ranches and oil palm plantations is a direct consequence of consumer demand in wealthy countries — including the U.S., where 5% of the world's people consume 24% of the world's energy and a similarly disproportionate amount of other resources, like water and minerals.

That interconnection of people and ecosystems around the world is the wider message of Querida Amazonia, according to Medical Mission Sr. Birgit Weiler, a German theologian who lives in Peru and who participated in the synod as an expert. She told me that Francis has given the church clear guideposts for its response.

First, the church must be "open to exploring new ways, reading the signs of the times today, which call us to question and to discern," Weiler said. That means "being a church that is able to listen — before it speaks or preaches, [it must] listen."

In listening, the church must "allow itself to be transformed by the people" and become "a prophetic church … that dares to be increasingly inculturated in diverse and complex cultural contexts and … to live and to cultivate intercultural relationships," she added.

At the synod, Indigenous people asked the church to help them defend their territories against efforts to extract minerals, timber and other goods of creation from their forests and rivers without their consent. That is a message for the church in the U.S., Canada, Australia and other countries, as well as the Amazon Basin, Weiler told me.

This week, NCR environment correspondent Brian Roewe describes how people of faith are standing with Indigenous peoples to protest a controversial pipeline in Minnesota. And a University of Notre Dame Law School professor has filed an amicus brief in U.S. District Court, arguing that Oak Flat in Arizona, a site sacred to Indigenous people, should be protected on religious liberty grounds.

There is much to be learned from Indigenous peoples and their relationship with the earth, Weiler said, about not seeing the natural world as a source of commodities, but instead "entering into a relationship in which creation can speak to me and I place myself within creation, seeing see it as a gift from God, entrusted to me."

There are also lessons to be learned from the process that led to the Amazon synod, which drew on reflections from hundreds of listening sessions and some 65 regional assemblies throughout the nine Amazonian countries. A similar series of gatherings — though virtual, this time — will lead up to the next general assembly of bishops of Latin America and the Caribbean, to be held in November.

That is a step toward greater inclusiveness and participation that can inspire the church in the U.S. and other parts of the world, Weiler said. The question, she added, is "how do we grow as a church that is increasingly synodal and less and less clerical  – a church that is always learning?"

"We have to live on this planet with spiritual devotion, love and admiration for all of creation. Once we have that devotion, the solutions will present themselves"
— Climate scientist Veerabhadran Ramanathan

"What is Happening to Our Common Home?" is the second in a seven-part series of talks sponsored by the University of San Diego's Center for Catholic Thought & Culture to mark the fifth anniversary year of Pope Francis' encyclical "Laudato Si', on Care for Our Common Home."

The presentation, featuring marine biologist and oceanographer Michel Boudrias, who chairs the university's sustainability task force, will begin at 5:30 p.m. Pacific time on Feb. 18. You can find more information about this and other upcoming events on the EarthBeat Events page.

I personally recommend the talks being hosted by the University of San Diego, based on the Feb. 11 presentation by climate scientist Veerabhadran Ramanathan. Although he has spent his career tracking the bad news about climate change, Ramanathan still believes we can avert disaster in this decade if we commit seriously to changing the way we live.

People of faith can play a leading role in that transformation, he says: "We have to live on this planet with spiritual devotion, love and admiration for all of creation. Once we have that devotion, the solutions will present themselves."

Lent is a good time to take steps — from personal lifestyle changes to lobbying government officials — to use the gifts of creation for the common good. What are you and your faith community doing? Tell us in 150 words or less in a Small Earth Story, and we'll share it to inspire others.

EarthBeat's series of Lenten reflections will begin on Ash Wednesday, Feb. 17. You can sign up here to receive them three times a week.

EarthBeat | EarthBeat Weekly: A year after 'Querida Amazonia,' some lessons for the U.S. church