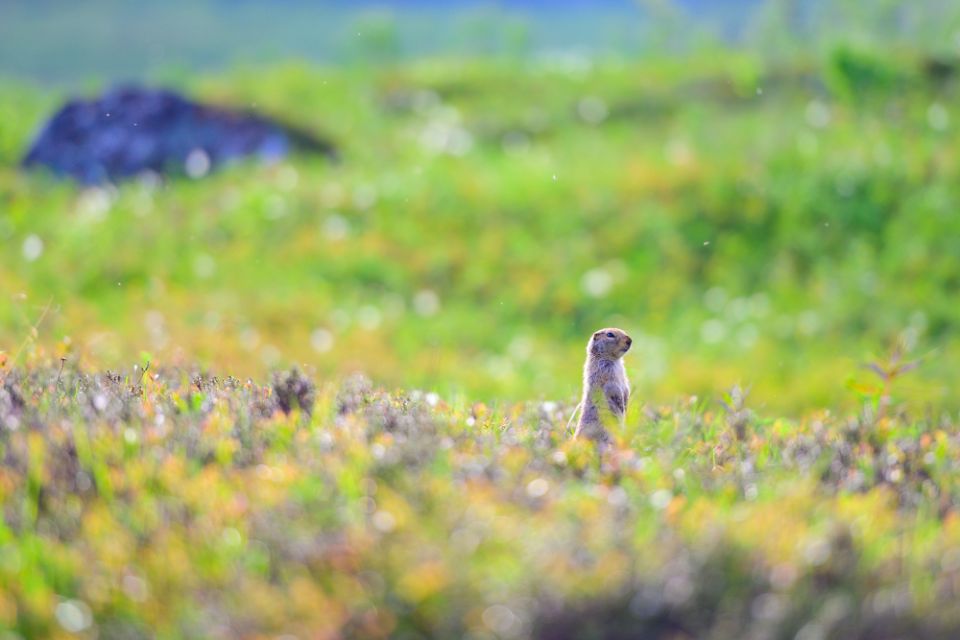 A prairie dog stands erect near a hill outside of Independence Mine State Historical Park June 26, 2019, near Palmer, Alaska. (CNS/The Compass/Sam Lucero)

The great celebration of Pentecost is, of all our liturgical feasts, the solemnity most focused on the Holy Spirit. And yet, the profundity of what it is we believe and celebrate about the Holy Spirit is often reduced to caricature (mere depictions of doves and tongues of fire) or presented in a limited frame (as an isolated event that took place in the first century).

When Pentecost is given greater consideration, it usually extends to the historical commemoration of the birth of the church, which makes perfect sense. However, I would venture to guess that few Christians give any serious thought to the significance of the Holy Spirit for anything apart from human experience generally and Christian history in particular.

As the late Australian theologian Fr. Denis Edwards once wrote, "Many Christians think of the Spirit as coming at Pentecost, with little sense of the Spirit's work in creation, grace, and incarnation. The focus is so much on the great event of Pentecost that the rest of the story of the Spirit is forgotten."

For this reason, I am especially grateful that Pope Francis has scheduled Laudato Si' Week 2021 — a time set aside to celebrate the anniversary of the encyclical's promulgation and focus our personal and collective attention on the need for ecological conversion — to overlap with the Solemnity of Pentecost. Such a correspondence in scheduling invites the church to reflect more deeply on the role of the Holy Spirit, not only in our lives as humans, but also in the broader community of creation.

Given that so few Christians focus much energy on the Holy Spirit, which is an issue I have written about before, there is a lot that could be said about the third divine person of the Holy Trinity. However, in light of the celebration of Laudato Si' Week, I think it is important for us to spend some time considering the action of God in the more-than-human world precisely as Spirit.

Francis emphasized this point in "Laudato Si', On Care for Our Common Home" when he wrote: "Admittedly, Christians have not always appropriated and developed the spiritual treasures bestowed by God upon the Church, where the life of the spirit is not dissociated from the body or from nature or from worldly realities, but lived in and with them, in communion with all that surrounds us" (no. 216).

St. Joseph Sr. Elizabeth Johnson, professor emerita at Fordham University, wrote in her 2014 book Ask The Beasts: Darwin and the God of Love, that "[w]hile creation often gets pinned to the past beginning of things, and rightly so, it is a doctrine with unsuspected depths. Classical theology speaks of creation in three senses as creatio originalis, creatio continua, creatio nova, that is, original creation in the beginning, continuous creation in the present here and now, and new creation at the redeemed end-time."

In all three senses of the doctrine of creation, the Holy Spirit plays an essential role. For example, in the Hebrew Bible, the notion of God's "spirit" or "breath" (ruach Elohim) is what scholars refer to as a "symbol of divine immanence." In other words, when we see that phrasing it is a signal of God's proximity to creation, drawing near to the world and creating it, molding it, giving it life (e.g., Genesis 1:2; Genesis 2:7; etc.).

From the outset, God's Spirit is actively engaged in the creation of the cosmos, and early theologians like Irenaeus of Lyons would go so far as to describe metaphorically the Spirit, alongside the Eternal Word, as the "two hands" of God Creator.

As Edwards explains, "The story of the Spirit's work in our world embraces the universe itself. The Creator Spirit is the dynamic, energizing power of God enabling our observable universe to exist and to evolve from the first moment of its existence fourteen billion years ago." 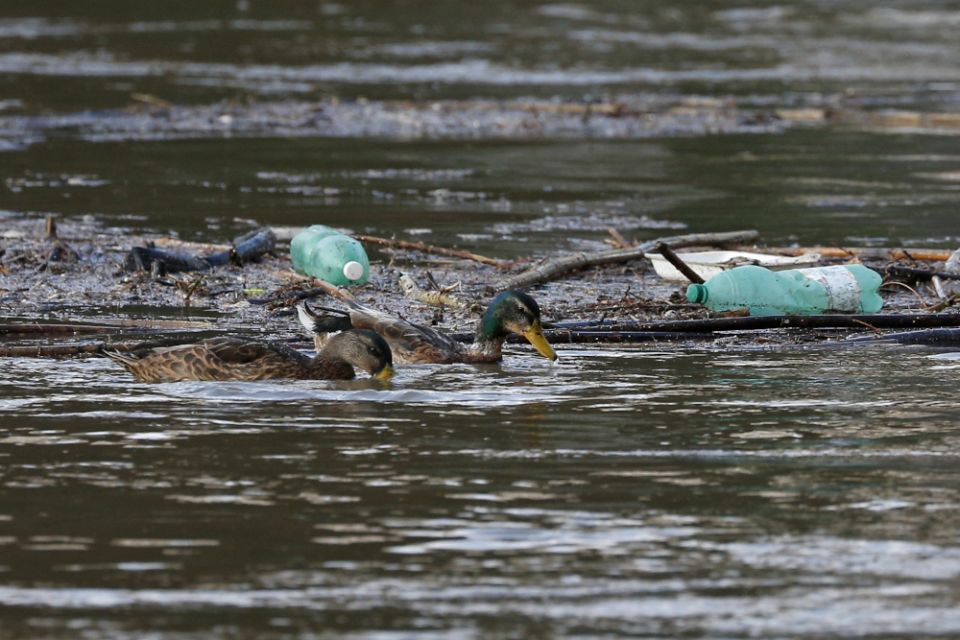 Ducks swim past plastic bottles and other debris floating on the Tiber River in Rome July 28, 2019. (CNS/Paul Haring)

But it was not merely that the Holy Spirit was present at the first moments of creation and then disappeared from view. Instead, alongside the Incarnate Word in Jesus Christ, the Holy Spirit remains present, intimately close, and continues to empower the ongoing evolution of the universe.

This is what theologians call "continuous creation" or creatio continua in the original Latin. God as Spirit continues to draw near to all aspects of creation — human and nonhuman alike. Edwards notes that Christian theology "sees this Creator Spirit as the immanent power of ongoing creation (creatio continua) that enables a universe of creatures to exist, evolve, and flourish."

The spiritual implications of this faith claim are manifold. Among other points, it affirms that God has a direct, unmediated relationship with all creatures! This divine truth can also be summed up in the beautiful expression coined by the German theologian Jürgen Moltmann in his 2001 book, The Spirit of Life, as the "unspeakable closeness of God" to all creation.

In our deeply anthropocentric tendency to view God's relationship as focused solely on the human family (despite what we read about in the Bible, especially in the Book of Job, chapters 38-40), we can lose sight of the fact that God loved all creation into existence and continuously sustains all life in the Spirit.

Francis signals this point in Laudato Sí' when he writes: "The ultimate purpose of other creatures is not to be found in us. Rather, all creatures are moving forward with us and through us toward a common point of arrival, which is God, in that transcendent fullness where the risen Christ embraces and illumines all things" (no. 83). Nonhuman creatures — sentient or otherwise — have their own relationship to and with God, which bestows on all creatures an intrinsic dignity and value independent of our human-centered values or desires.

Nonhuman creatures — sentient or otherwise — have their own relationship to and with God, which bestows on all creatures an intrinsic dignity and value independent of our human-centered values or desires.

Yet, in addition to the Spirit's role in creation at the outset and continual sustaining presence, there is also what Johnson referred to as creatio nova, or the sense of novelty or newness in creation. Rather than something to be feared or dismissed, the evolutionary history and trajectory of the universe is something that Christians ought to embrace as an affirmation of the Spirit's empowering, dynamic, ongoing and creative work.

This sense of divine dynamism and creative Spirit is present in Scripture, such as we read in Psalm 104: "When you send forth your spirit, they [all creatures] are created; and you renew the face of the earth" (v. 30). The sense of divine renewal of all creation is a theme that echoes throughout the Christian Scriptures, especially in the Wisdom Literature of the Hebrew Bible.

Francis also picks up on this theme in several places of Laudato Sí', such as when he writes: "The Spirit of God has filled the universe with possibilities and therefore, from the very heart of things, something new can always emerge" (no. 80), and: "The Spirit, infinite bond of love, is intimately present at the very heart of the universe, inspiring and bringing new pathways" (no. 238).

That which appears novel to us, whether in terms of evolutionary biology and other scientific discoveries or in the deepening of our understanding of identity and diversity in creation, is not something to be feared from an authentic Christian perspective. Instead, we should train ourselves to see creation and our place within it with new eyes, looking for the presence of God's creative and dynamic Spirit always at work in the universe. 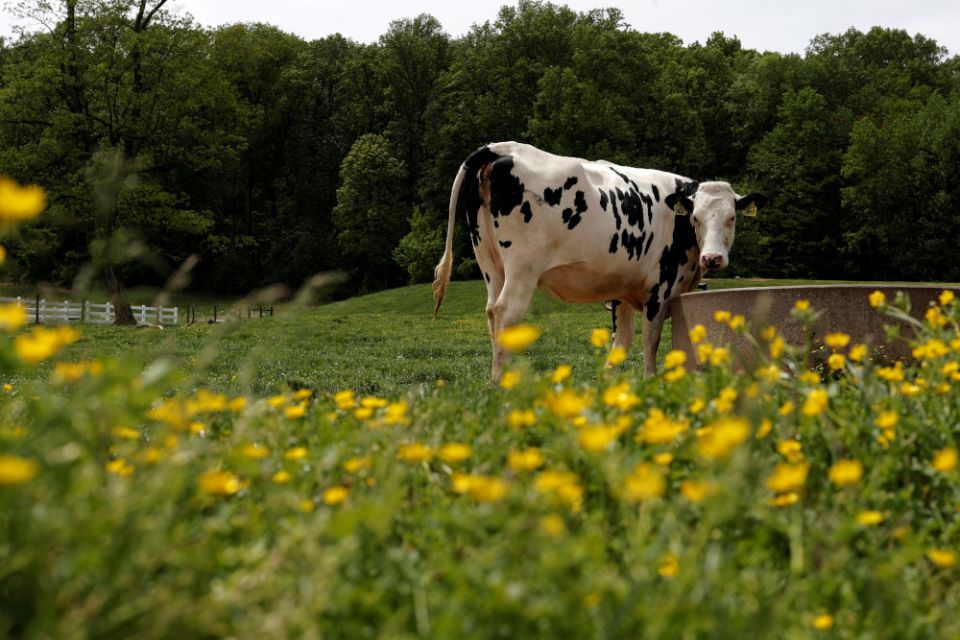 When we think about what kinds of ecological sins our species has perpetrated against the broader family of creation, such as through pollution and global climate change, we should call to mind how God draws near to those creatures — human and nonhuman alike — that have been harmed and that cry out for ecological and social justice. We should then recall that God hears the cry of the poor (Psalm 34) and calls us to conversion.

May we take time during this celebration of Pentecost not only to recall the Holy Spirit's enduring presence in human history, but to come to see more clearly the divine action of the Spirit throughout the broader community of God's creation.

May our celebration of the outpouring of the Creator Spirit at Pentecost inspire us to embrace substantive "ecological conversion," as Francis has challenged us, in order that we may be led by the Spirit toward our shared eschatological future.