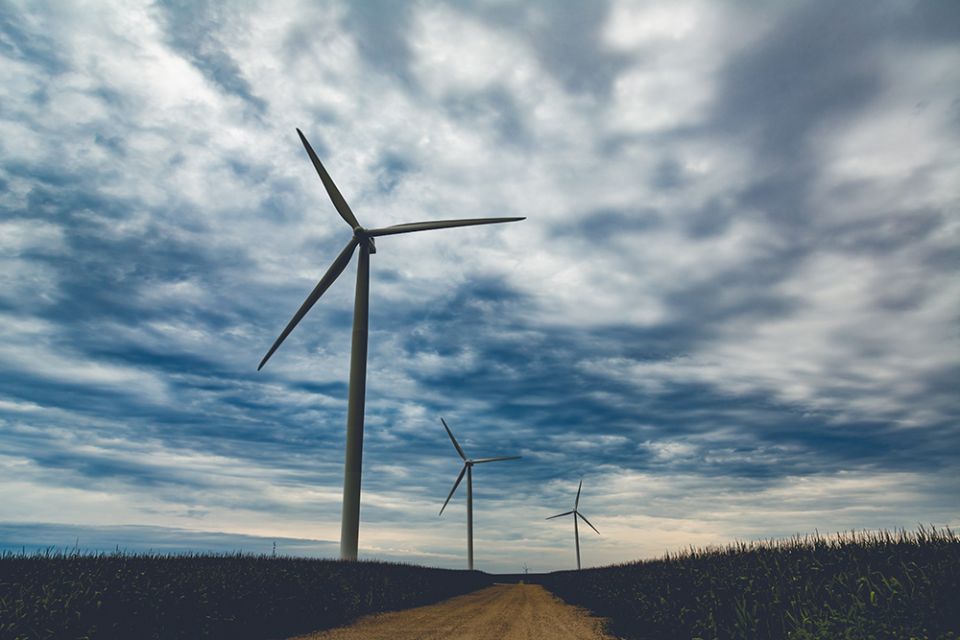 A Catholic business leader in Iowa who describes himself as a "tree-hugging Republican" believes faith can be a powerful motivation for business owners to make their operations greener, even if they don't completely buy into a national climate agenda. 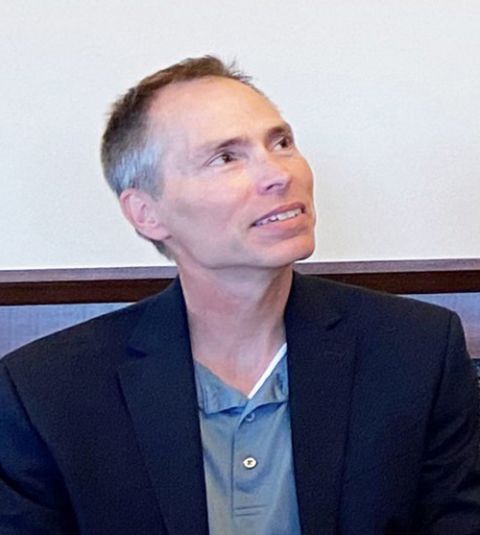 Bob Rafferty is executive director of Iowa Business for Clean Energy, which encourages businesses to shrink their carbon footprints. Now he has teamed up with the Davenport Diocese in Eastern Iowa to raise awareness among local businesses about Pope Francis' 2015 encyclical "Laudato Si', on Care for our Common Home" and the Vatican's Laudato Si' Action Platform, which aims to help all Catholics put the encyclical into practice.

Working with the Catholic Church and other faith traditions can make it possible to reach business leaders who may be more open to a spiritual perspective on why lower emissions can be important in their business model, Rafferty said.

"I think the religious leaders' efforts are going to be very important to help create the opportunity for significant change," he told EarthBeat.

In late August, Rafferty's group and the diocese hosted a small gathering to talk about Laudato Si' and the moral and economic case for business owners to invest in sustainability. In opening remarks at the Aug. 24 event, Davenport Bishop Thomas Zinkula said that promoting dialogue is one way for Catholic leaders to address climate change.

"We don't have all the answers, but we can convene caring, intelligent and influential business leaders and arrive at solutions together," he said.

Zinkula, whose father was a farmer and whose brother works in finance, agreed with Rafferty that customers and investors increasingly expect companies to adopt environmentally friendly business practices and make purchasing decisions based on a product's impact on the planet. 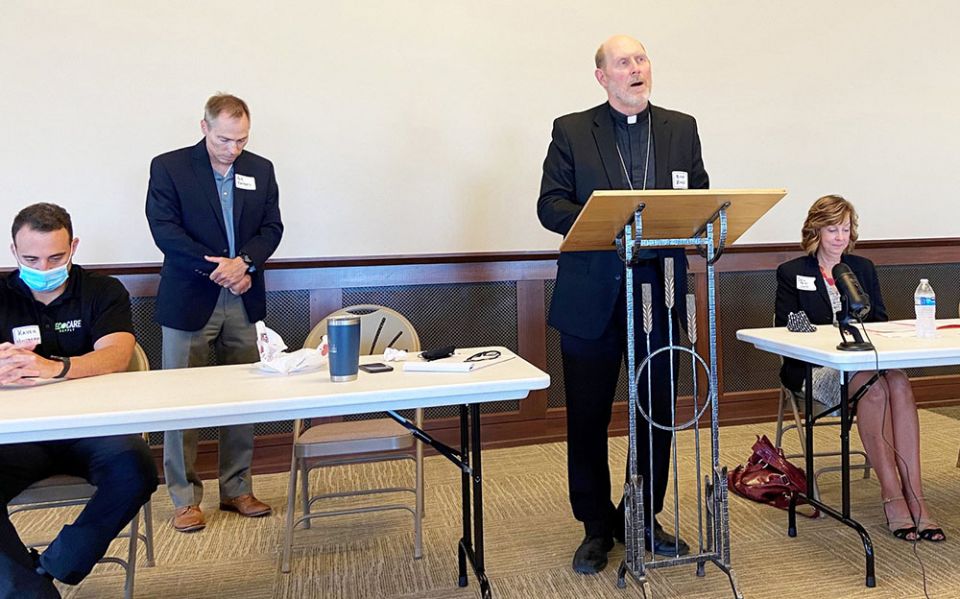 "Business leaders are both wise and virtuous when they ensure that their companies have resilient and sustainable strategies for the long term — sustainable for the companies, for the economic system and for the planet," the bishop said.

Francis also has stressed the need for business and economic leaders to address climate change. He twice hosted the world's top oil and gas executives at the Vatican for discussions about a global transition away from fossil fuels.

And in November 2020, the pope invited young economists and entrepreneurs to a virtual gathering called the Economy of Francesco, which seeks to redefine progress in a way that prioritizes people and planet over unbridled growth and profit at all costs.

The Davenport Diocese's recent event is the second of its kind. The first, in 2019, brought together faith and business leaders and was modeled on the Vatican energy assembly. The diocese is preparing to take part in the Laudato Si' Action Platform, said Kent Ferris, director of social action and Catholic Charities for the diocese, and plans to involve groups like Iowa Business for Clean Energy and Iowa Interfaith Power & Light.

The seven Laudato Si' Goals — the platform's path guideposts for institutions embarking on seven-year journeys toward sustainability and ecological conversion — include a section on ecological economics.

The original blueprint listed actions — not limited to businesses — such as sustainable production, using fair trade products and resources; ethical consumption; and ethical investment, including investment in renewable energy and divestment from fossil fuels and activities harmful to the environment and people. The goals, which are being adapted by working groups for each sector of the church, also encourage adopting simpler lifestyles.

At the faith-and-business dialogue, Sr. Jan Cebula, president of the Sisters of St. Francis of Clinton, Iowa, said the pope is calling on businesses and individuals to reflect on the interconnections between human actions and environmental destruction.

"Where is the overall impact of our orientation? Are we harming more or healing?" she asked, suggesting people consider how much they're consuming, what they are throwing away, what they are producing or selling, and the human and environmental costs of manufacturing products.

Panelist Kaveh Mostafavi described how his company, EcoCare Supply, is exploring ways to convert hemp grown in Iowa into compostable products, which would end the need to purchase their products from overseas suppliers.

Delia Moon Meier, senior vice president of the Iowa 80 Truckstop that bills itself as the world's largest, said her gas station has installed electric vehicle chargers and solar panels, and worked with Iowa Business for Clean Energy to successfully lobby the state to allow retailers to charge by quantity, not time. 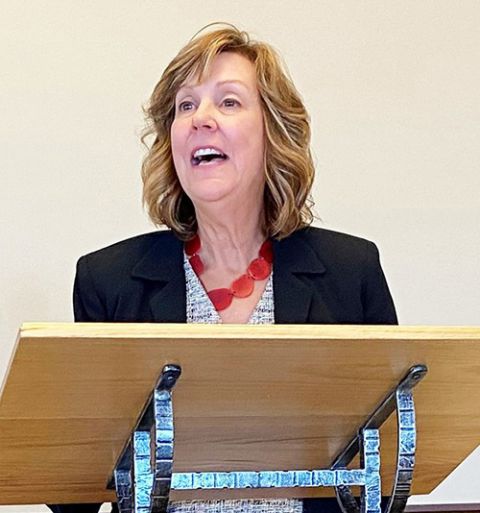 "I'm in the customer service business, so I don't care if your car runs on peanut butter — I want you to be my customer," said Meier, who added that a family dinner at which the 20-somethings were emphasizing their vehicles' fuel economy instead of maximum speed opened her eyes to how younger generations value sustainability.

A growing interest in electric vehicles in the past two years is one sign that Iowa businesses are slowly realizing the importance of sustainability for their bottom line, Rafferty said.

"For the most part, businesses know we need to be doing something," he told EarthBeat. "They know they're going to be needing to do something, but I think there's still a long way to go before a large number of businesses realize ... how impactful they can be in the steps they take, as well as how beneficial it will be for their business to actually go ahead and put the resources in it to take those steps."

He added, "I think we're very much at the beginning of that, but I've seen a sharp ramp-up in the last few years of that awareness."

Driving that awareness is a combination of customer expectations and investor demands. Over the past decade, companies have paid increasing attention to sustainability and drafted plans to reduce emission or become carbon neutral.

And investors are pushing companies, including major oil giants, to recognize the threats climate change poses to their bottom lines. Nevertheless, environmental groups have called out "greenwashing" that attempts to hide supply chain practices or investments that continue to drive environmental destruction and global warming.

Rafferty is optimistic that real change in business is afoot in Iowa. During the diocesan dialogue, he highlighted that a recent effort to place an added fee on solar installations was defeated after pork producers and business leaders joined with the solar industry and environmental activists. 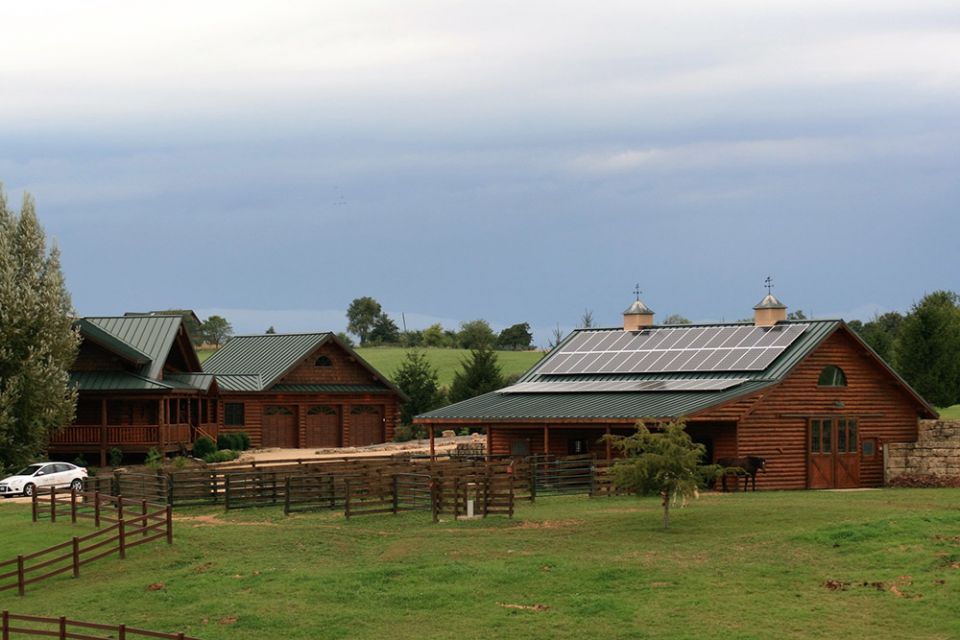 While conservatives in recent decades have largely opposed climate measures and environmental regulations, Rafferty sees some progress. He pointed to Iowa's Sen. Chuck Grassley as a longtime champion of wind energy tax credits, and the carbon sequestration task force recently appointed by Gov. Kim Reynolds. Both Grassley and Reynolds are Republicans. At the same time, however, the GOP-led state legislature in May ended solar tax credits for homeowners.

Rafferty, who has spent decades in politics and worked for Gov. Terry Branstad during his first term, predicted that change in the Republican Party on climate issues is likely to emerge first at the state level, driven especially by young conservatives and a pro-business case for reducing emissions.

Since childhood, Rafferty has always felt closest to God when walking in the woods. Reading Laudato Si' reinforced that connection and helped motivate him to encourage businesses to see environmental practices not only as good for the bottom line, but as the right thing to do.

"Laudato Si' was just reaffirming and energizing in many ways, that, hey, we all have a responsibility to do our part, we're all contributing to the problem and we all need to contribute to the solution," he said.