More than a day at the beach: Piping plover volunteers work to save a species 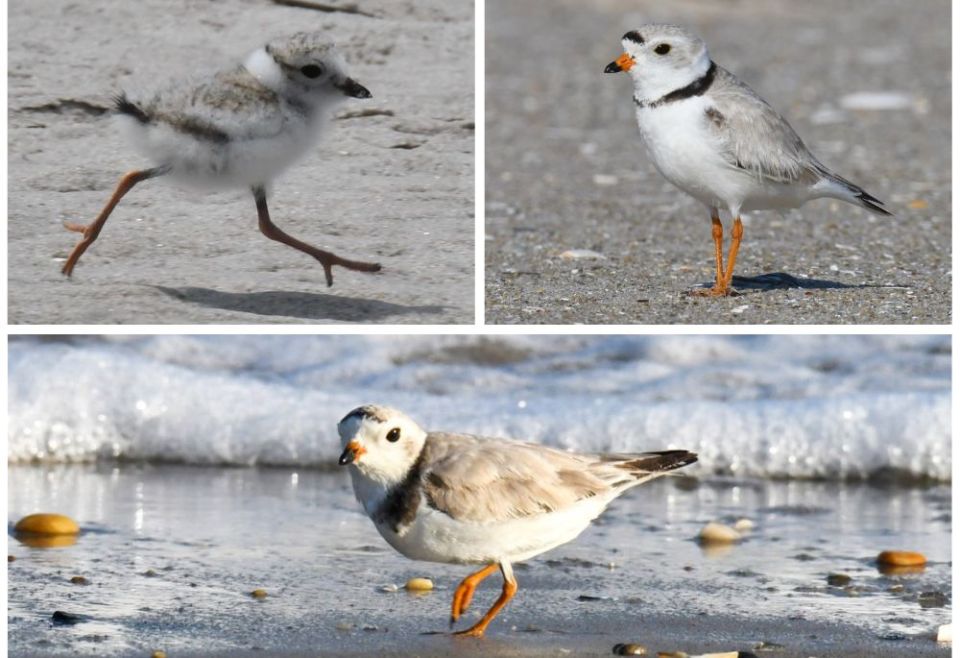 A community of volunteers in New York City has formed to protect the piping plover, a threatened bird species found on many of the area's beaches in the Gateway National Recreation Area. The bird is recognizable by its elongated legs and short, stubby body, (NCR/NYC Plover Project)

Rockaway, New York — Brooklynite Marisa Wohl worked in finance and is used to telling people what they don't want to hear.

That trait helps her as a NYC Plover Project volunteer, keeping New York beachgoers away from protected dunes and sand harboring a shorebird species near extinction. Wohl points out there are a total of 8,000 piping plovers left. They are outnumbered three times by polar bears.

Most who walk along the sands here are quite willing, even eager, to stay away from areas protected by a thin thread of wiring and warning signs. "Thank you for protecting the birds," shouted one beachcomber at the end of a long day. Still a minority respond like New Yorkers elbowed on a crowded E train: not very politely, including the occasional F bombs. Wohl hangs in. The stakes are too high.

"I'm doing my part to be a better human," she says on a steamy Sunday at the beach here at Fort Tilden, part of a federal parkland, where the plovers mix sometimes uneasily with an array of swimmers, fishermen and the denizens of a popular beach club.

Wohl is one of 75 devoted volunteers who scan the beaches, often with the help of binoculars, keeping an eye on the nesting grounds of the piping plover. It is a species that has made a poor evolutionary choice to nest among the crowded spaces of this urban beach, where buses, subways and cars bring hundreds of thousands of heat-stressed New Yorkers for some cooling ocean respite on hot summer days. 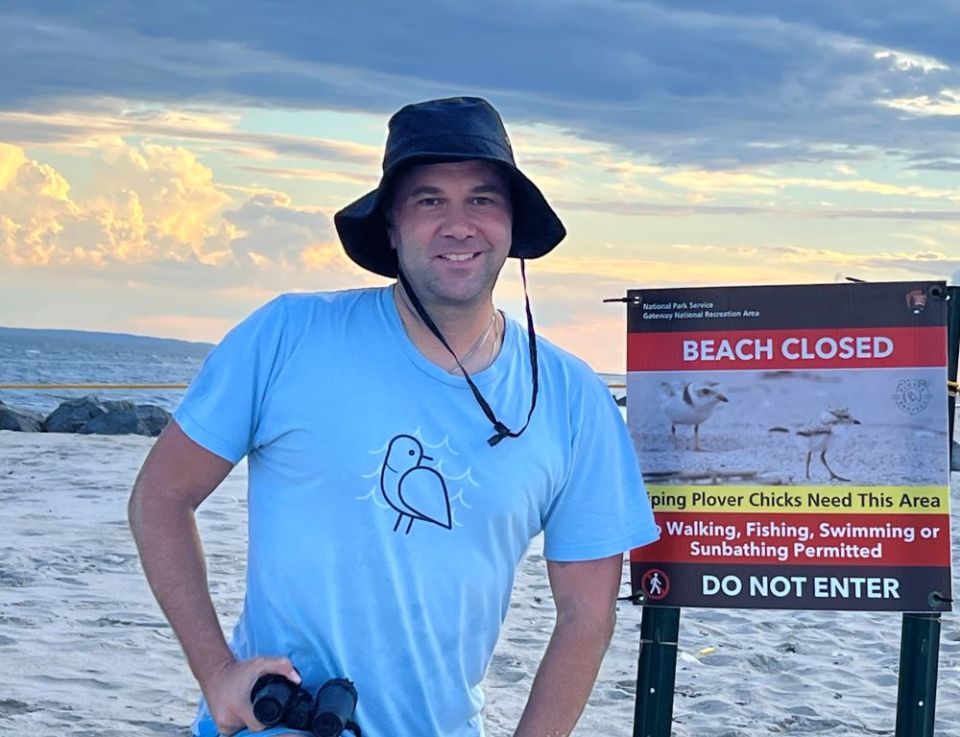 Chris Allieri, founder of the NYC Plover Project, describes the work as a mission, not a hobby. "I have a deep respect for all species," he says. Some require more attention than others, he adds. (Courtesy of NYC Plover Project)

A threatened species in their backyard

The piping plover, in evolutionary terms, is a declining species.

In the 1980s, the U.S. designated the piping plover as endangered in the Great Lakes region and as threatened along the coasts and Great Plains. While protection programs have seen the plover population increase, it remains a species in danger.

They were once hunted for their feathers and their meat, ranging from Maine to the Bahamas. Now the continued onslaught of crowded beachfront threatens their breeding grounds.

But their salvation may rely on their appeal to humans: Their elongated legs on a short, stubby body, the way they scamper into the ocean tides to peck for food, the rare sighting of a chick flapping her feathers, has created a fan club among a small group of New Yorkers taking up the cause of a species on the brink in their own backyard, estimating that fewer than 100 of the birds nest in the city.

Their territory is usurped by the competition for space along the East Coast shoreline from feral cats, unleashed dogs and beachcombing humans who stomp on their nests.

But the piping plover is not alone under threat. Upwards of 1 million species face extinction this century, according to a 2019 United Nations report, accelerated by climate change, pollution, land and sea use and other factors. Later this year, countries are expected to gather in Canada to develop a global conservation agreement on land, animals and oceans. Those efforts have been supported by the Vatican and numerous Catholic organizations that see protecting the planet's biodiversity in parallel with reining in global warming. 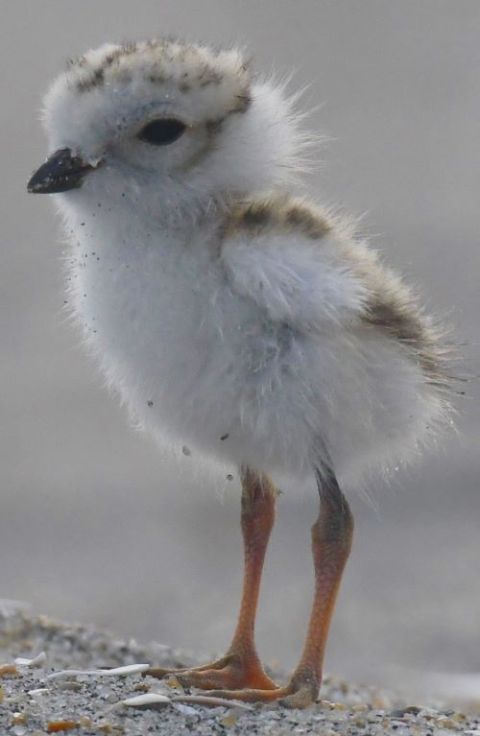 Piping plovers are designated as threatened along the U.S. coasts and endangered in the Great Lakes. (Courtesy of NYC Plover Project)

In his encyclical "Laudato Si', on Care for Our Common Home," Pope Francis mourns the loss of plant and animal species that often results from human activities. "Because of us, thousands of species will no longer give glory to God by their very existence, nor convey their message to us. We have no such right," he wrote.

The NYC Plover Project is a secular community comprised of bird lovers of all ages and backgrounds, radiating out over much of Brooklyn and Queens. Love of nature is a common motivation.

But there is a spiritual dimension as well. Its founder Chris Allieri was raised Catholic, is vegan, and the Francis of Assisi medal he wears is no mere decoration. As a high school student, he visited the hometown of the patron saint of ecology and became a devotee. His devotion to caring for nature he describes in Catholic vocational language. It is a mission, not a hobby.

"I have a deep respect for all species," he says. Some require more attention than others, he adds.

The roots of the NYC Plover Project began during the COVID-19 pandemic as Allieri spent time roaming the beaches here in isolated retreat. A determined environmentalist, he grew up on the New Jersey Shore, close to another piping plover nesting area. What he saw when he first visited the Rockaway plover nesting sites was disturbing.

There was, in effect, nothing.

No fencing. Little signage. Dogs roamed unleashed, a clear danger as they are a prime piping plover predator. The piping plovers were largely on their own, a rare threatened species that called New York City its home.

"What I saw was an opportunity. The birds deserved more. It was clear to me I had to do something," recalls Allieri. 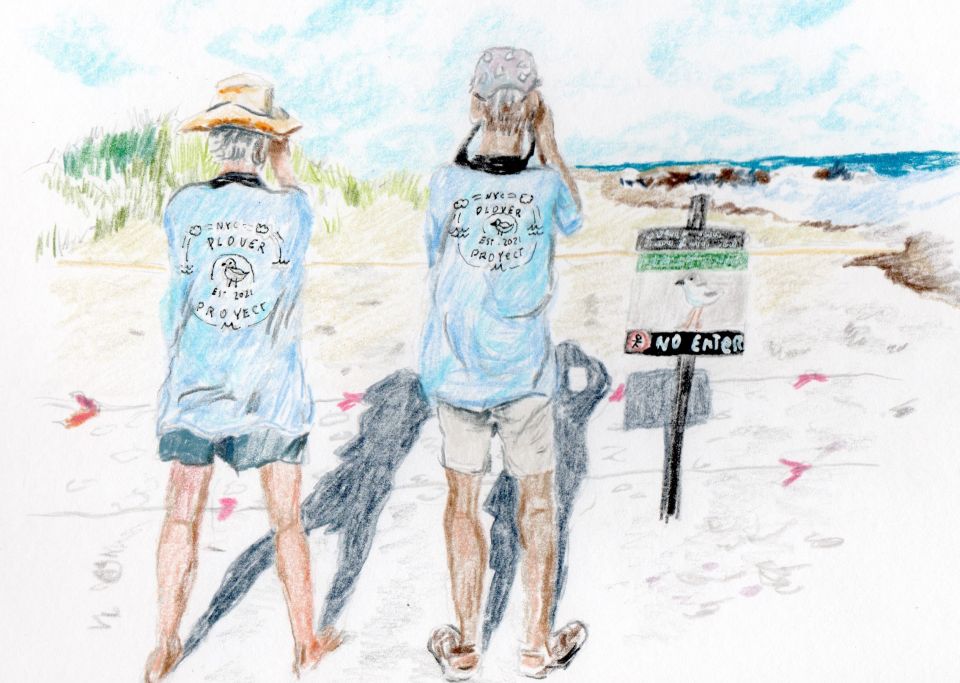 During summers in New York City, the NYC Plover Project patrols the area's beaches doing what they can to help protect and conserve the piping plover, a threatened bird species. (Mercedes Gallese)

He enlisted the support of the National Park Service, which administers much of the open spaces around the west end of the Rockaway peninsula. With the help of foundation funding, he began organizing volunteers via social media and a table set up in nearby Jacob Riis Park.

By the summer of 2022, he gathered a dedicated crew who adopted the birds as their own. One volunteer took one on an ambulance mission to Delaware, a round trip of 200 miles, to save a piping plover whose legs had been fractured by a passing beachgoer. The bird had to be euthanized.

The life of defending wildlife at the beach

Despite such setbacks, the group maintains hope that their presence is making a difference.

For Allieri, one appeal of the plovers is that they are accessible. Those who watch over them can spot them and gauge their nesting progress. At Fort Tilden, there is a family of three piping plovers who volunteers watch carefully, awaiting their late summer or early fall migration to southern climes. 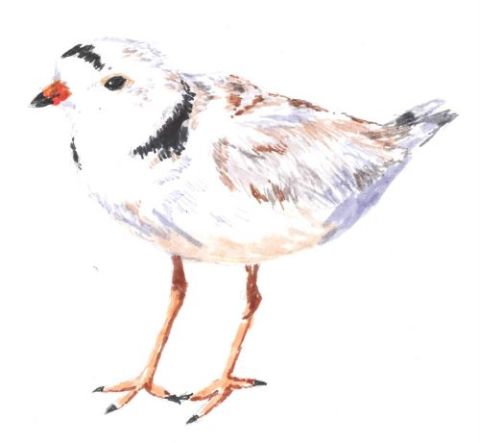 Scientists frequently look at the big picture of species. By contrast, the plover volunteers see particular chicks and their moms and dads.

"The first step is to open up your eyes and listen. You do hear them," says Allieri, noting its sounds can overwhelm the cackles from sea gulls and other more numerous beach creatures.

There are fewer than 50 piping plover pairs nesting each summer here. At one nesting area, determined volunteers spend up to 10 hours a day watching over a mother, father and a surviving baby chick. One volunteer ends her day after nightfall with a one-hour-commute back to her Brooklyn apartment.

Much of their work involves education.

Allieri focuses on gentle persuasion, distributing free stickers and temporary tattoos, announcing to beachgoers to be careful at the shore. A grammar school project on the boardwalk this summer showed off the artwork of students dedicated to the survival of the piping plover.

Still, a small minority can create issues. Marc Sapir, another volunteer from Brooklyn, told one beachcomber to stay away from the protected area and was admonished with a "Get a life!" retort.

Sapir countered: "Defending wildlife is not a life?"

When difficulties arise, the volunteers call upon the National Park Service police, who are often quick to move in with a gentle warning and, when pushed, expulsion and fines.

Another volunteer who also lives in Brooklyn was raised on Cape Cod, also an area on the East Coast where plovers nest.

"I grew up with the plovers. I used to drive my truck on the beach. But then I found out about this project," she says. "I always knew they were cute but never knew they were endangered."

Now she spends Sundays at the beach as a plover protector at Fort Tilden.

The piping plovers, while cute in their own way, are not like the majestic dolphins who also roam these shores. The pipers' tiny stature can cause them to be overlooked. Their very survival requires human intervention.

"You can't just let nature take its course and hope for the best. We have to do the work," says Allieri.

Charity Sr. Louise Lears, creation care advocate for the Franciscan Action Network, based in Washington, sees groups like the NYC Plover Project as living out not only the ideals of Francis of Assisi but Pope Francis as well.

In Laudato Si' Francis calls upon humanity to respect biodiversity. "It is not enough to think of different species merely as potential resources to be exploited, while overlooking the fact that they have value in themselves," the pope writes.

Lears describes the possible extinction of species such as the piping plover as "a potential hole in the web of life" who "are representative of God's creation. How could this not be an important spiritual issue?"

Piping plover volunteers like the woman from Brooklyn agree.

"I'd do anything to help. Nothing is too small. Not even the piping plover. Even if they were ugly, I'd do it," she says.

Editor's note: A previous version of this article misidentified Chris Allieri as a vegetarian. He is vegan. This story was also updated to remove the name of a volunteer who preferred not to be identified. 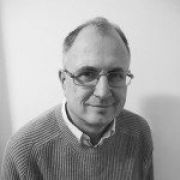 EarthBeat | More than a day at the beach: Piping plover volunteers work to save a species