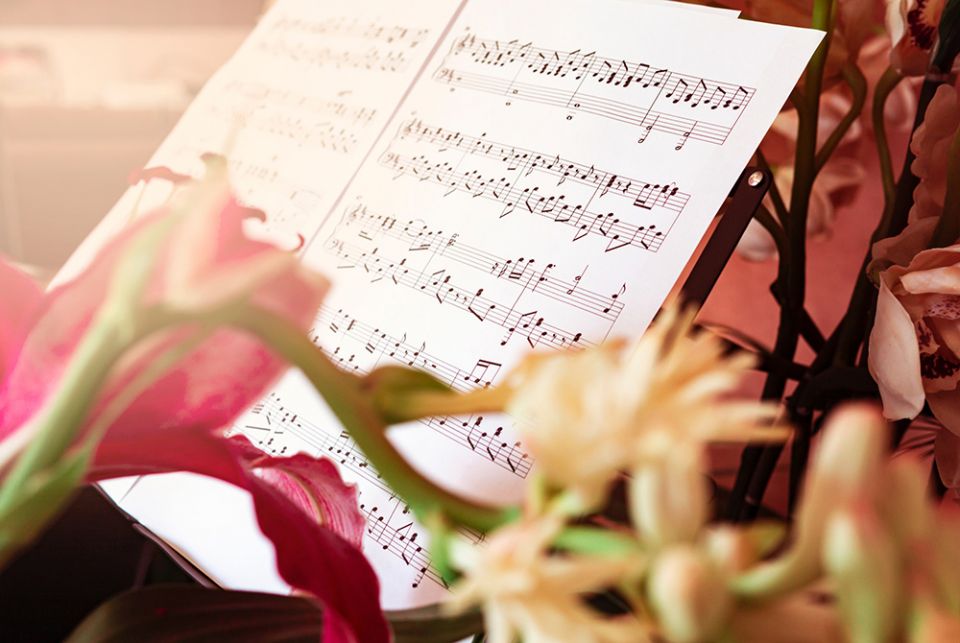 When Linda Chase first read Pope Francis' environmental encyclical "Laudato Si', on Care for Our Common Home," she was struck by the phrase, "Let us sing as we go. May our struggles and our concern for this planet never take away the joy of our hope."

Now the composer and flutist, who lives in Arlington, Massachusetts, has turned that phrase into a song, expressing her joy and hope in an oratorio based on the pontiff's words.

"I am interpreting Laudato Si' as a call to action through music," she told EarthBeat. 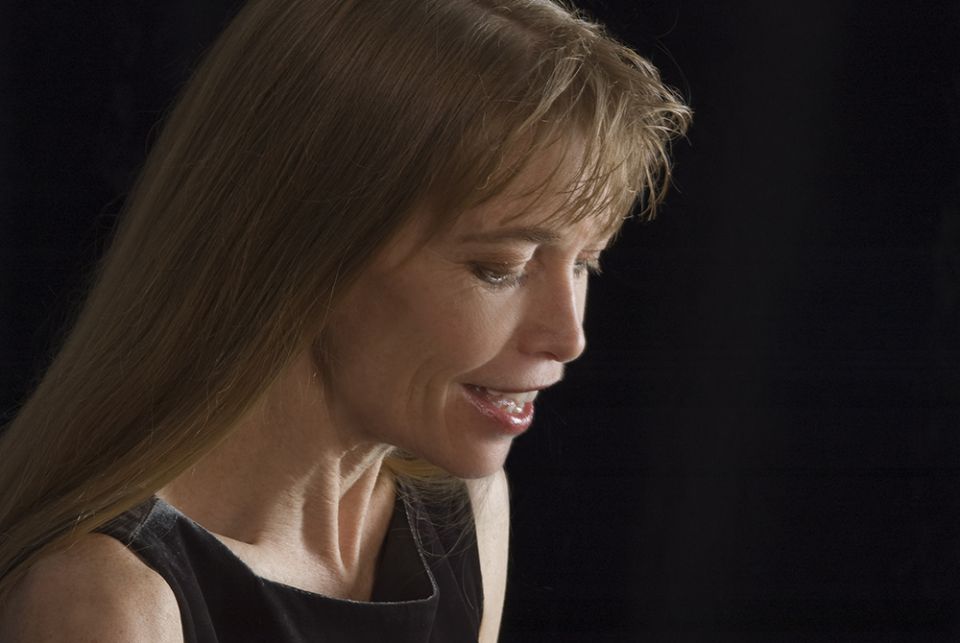 Linda Chase, composer and flutist, has written an oratorio based on Pope Francis' environmental encyclical "Laudato Si', on Care for Our Common Home." (Copyright Susan Wilson)

From paper to piano

The initial impetus came from theologian Harvey Cox, whose preaching had inspired her to write her first oratorio, "The City is Burning."

"He was talking about the shaking up of the Spirit, and how the spirit of God is often portrayed as this peaceful, quiet thing, [but] when the Spirit really shakes us — hey, we need to do something," she said. "I feel this idea very strongly in terms of earth justice and taking care of our planet."

Scarcely had she completed and performed that work when Cox suggested that she read Laudato Si'.

"I was just blown away. It was so beautiful," said Chase, who teaches at the Berklee College of Music and New England Conservatory in Boston.

Creator Speaks In Languages Of Trees by Linda J. Chase

She read the text over and over and thought about it constantly. Then she would go to the piano, and gradually the piece — her most ambitious musical work to date — came into being.

"On Care of Our Common Home: an oratorio inspired by Laudato Si' " is meant to be sung by 16 vocalists accompanied by a small chamber orchestra. The work — influenced by 20th- and 21st-century classical music, early music, gospel and jazz — consists of 18 movements, including 10 songs that can be sung by choirs or community groups.

The pandemic upended recording plans, but colleagues have helped with remote recordings of three of the songs — "Creator Speaks in Languages of Trees," "Prayer for Our Common Home" and "The Joy of Our Hope."

Chase is looking for a publisher now and hopes for a fall premiere in Boston, although much will depend on the pandemic. She envisions performances of about 75 minutes followed by discussions with the audience about their communities' concerns.

Prayer for Our Common Home by Linda J. Chase

Artists have been finding inspiration in Laudato Si' since it was written. Australian-Canadian composer Julian Darius Revie combined musical harmony, plants and recycled material in his "Living Chapel," installed in Rome's Botanical Garden. And a "Songs for Creation" festival will be held on World Biodiversity Day, May 22, as part of Laudato Si' Week.

The encyclical itself harks back to St. Francis of Assisi, the patron saint of ecology, whose canticles in praise of creation have themselves be set to music.

Chase hopes her Laudato Si'-inspired oratorio can be "an invitation to dialogue."

"Sometimes people want to do something but don't know what to do," she said, "and I believe that music can open the heart and invite a conversation."

The Joy of Our Hope by Linda J. Chase

"The Joy of Our Hope," composed by Linda Chase, piano and vocals by Sarah Brindell

Music shaped by a most unusual year

From the first note on paper to performance, the oratorio has been shaped by a most unusual year.

"In a lot of ways, the challenges of this year have informed my ability to make the music because I feel it so much," she said of the months dominated by COVID-19 and protests against systemic racism.

"My two kids are in their early 20s, and they went to Black Lives Matter protests in Boston. And I was working on the movement where the pope says, 'We are not God.' That was really powerful," Chase told EarthBeat.

"Being an artist is simply taking what we see and making it into art," she added. "And so what I see or what I feel, that becomes sound."

With both "The City is Burning" and "Laudato Si'," Chase refined her understanding of the texts in conversations with Cox, a fellow parishioner at Old Cambridge Baptist Church in Cambridge, Massachusetts.

Sometimes discussion of a single passage would lead to the addition of another entire movement. "That's what happens when you work with theologians," she said.

In discussing Laudato Si', "the theme that Harvey Cox amplified is that God is God of creation and of liberation," Chase said, citing the passage in Laudato Si' in which Francis writes, "In the Bible, the God who liberates and saves is the same God who created the universe, and these two divine ways of acting are intimately and inseparably connected."

As much as possible, she set the English version of the original text to music, although she has changed some words to adjust the rhyme or rhythm. 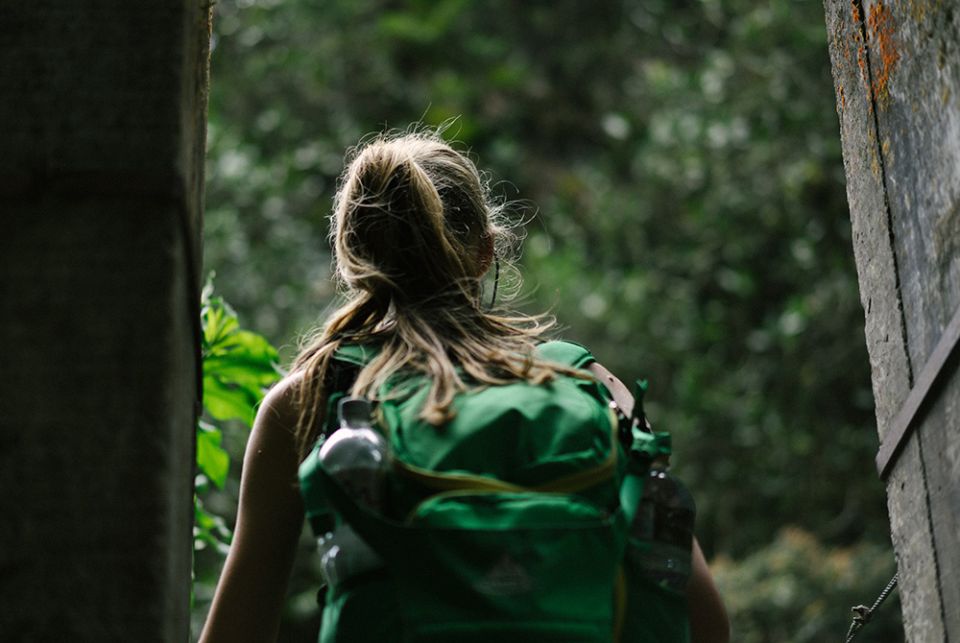 Backpacking with a flute

Although she does not identify with a particular religious denomination, "I do identify with social justice-based Christianity and find that in different places, including Catholicism," Chase said.

For a time, she played the flute for Masses at All Hallows Catholic Church in La Jolla, California. She calls that "a really formative time for me, because I'd always felt drawn to a worship that I wasn't finding in the Protestant church [in which] I was raised."

Chase's love of nature was nourished by childhood camping trips with her family and by the mountaineering and rock climbing she did as a young adult. But when it came time to choose between a degree in environmental studies or music, "it was very clear — I wanted to go into music. But I always took my flute backpacking and always felt this connection."

Music, a walk in the woods and prayer converge for her. "If I'm writing music, playing music, listening to music, there's this connection with something beyond, whether we feel that is God, or a sense of eternity, or whether it's just something we can't explain."

But while spending time alone in a forest or beside an ocean is a spiritual wellspring, neither spirituality nor music is complete without community, she said. For Chase, spirituality finds its expression in social justice, while music must be played with others or for others. And the two are intertwined. 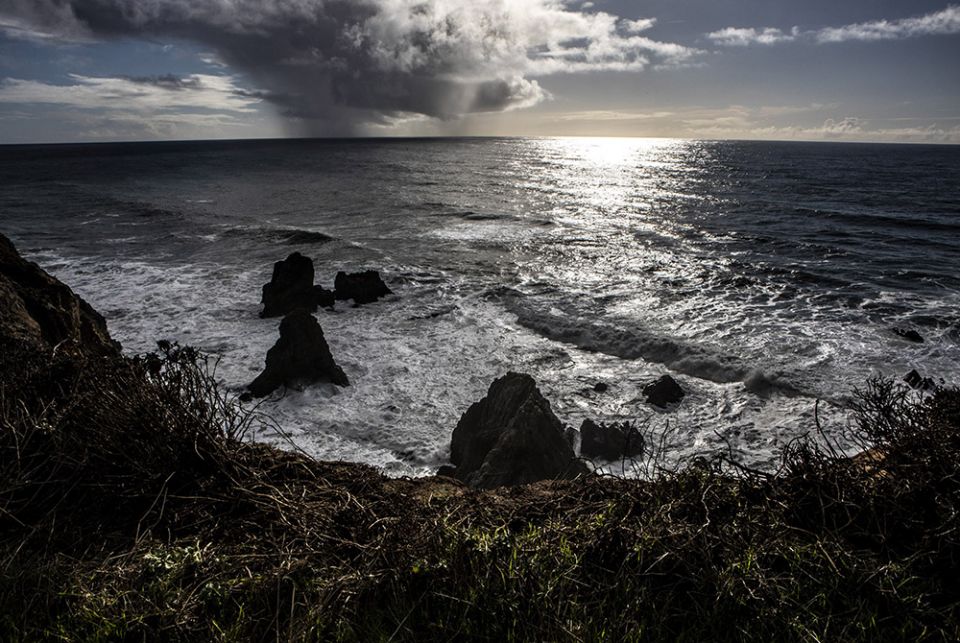 Views of the Pacific Ocean can been seen at Sonoma Coast State Park in Bodega Bay, California, in this Jan. 28 photo. (CNS/Chaz Muth)

Her exploration of environmental justice through music has brought her face to face with the enormity of the human imprint on the planet. She was doing a residency in Japan in 2011 when the nuclear reactor in Fukushima melted down after an earthquake and tidal wave. During a subsequent residency at the Grand Canyon, she explored the legacy of uranium mining on Indigenous lands.

"The pope says, 'We are not God,' and we have to be responsible with this beautiful place that we've been given," Chase said. "And that huge, terrible accident [in Fukushima] was the fault of humans. It wasn't because of the earthquake; it was because there's Fukushima built right on an earthquake fault."

The experience deepened her commitment to make music that reminded people of the relationship humans have with the natural world — "This is the air we breathe, this is the food we eat and the water we drink, and we need to take care of it."

She wove those themes through her doctoral studies at Prescott College in Arizona, where she completed a degree in sustainable education with a concentration in ecomusicology. That field, she said, explores the interconnections among music, culture and nature and "then goes a step further to consider intersections of non-human sounds, or other-than-human sounds."

Chase is a member of a group of musicians who call themselves landscape music composers, whose work is inspired by particular places or species. 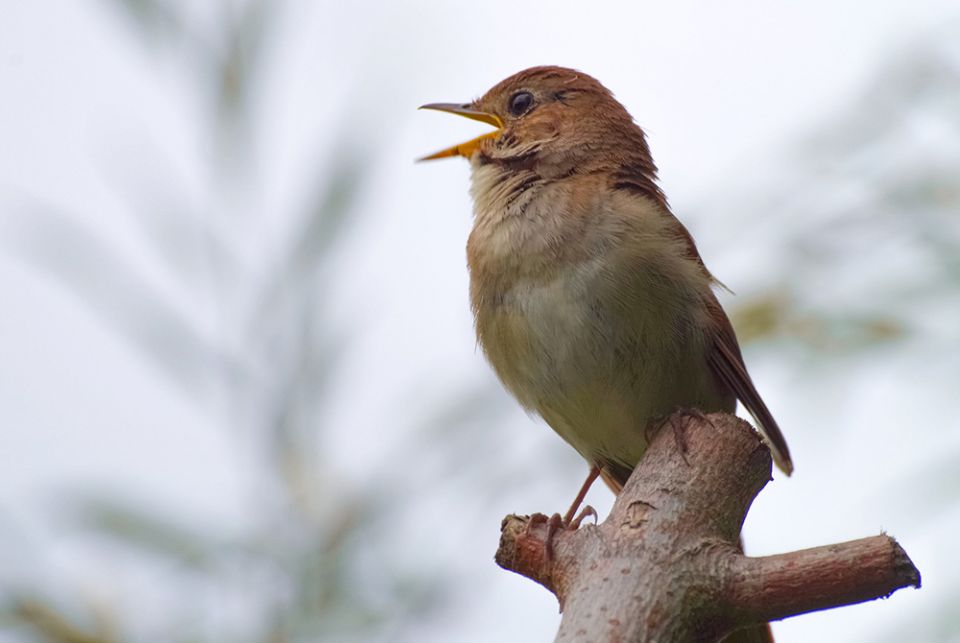 A nightingale is pictured. Linda Chase completed a degree in sustainable education with a concentration in ecomusicology. That field, she said, explores the interconnections among music, culture and nature. (Pixabay/wal_172619)

That leads also to reflection on how human-made sounds affect other species, "for example, birds that leave places because of noise pollution, or whales that aren't able to find air holes. And listening to the Earth."

That's an exercise she does with her students, taking them into the woods to attune themselves to the sounds of the natural world. It's also something she does herself. Chase recalled stopping by a pond on a windy winter day several years ago, where broken pieces of ice bouncing in ripples by the shore were bumping and mingling with a sound like wind chimes.

A version of this story appeared in the April 30-May 13, 2021 print issue under the headline: Songs in the key of Laudato Si' .