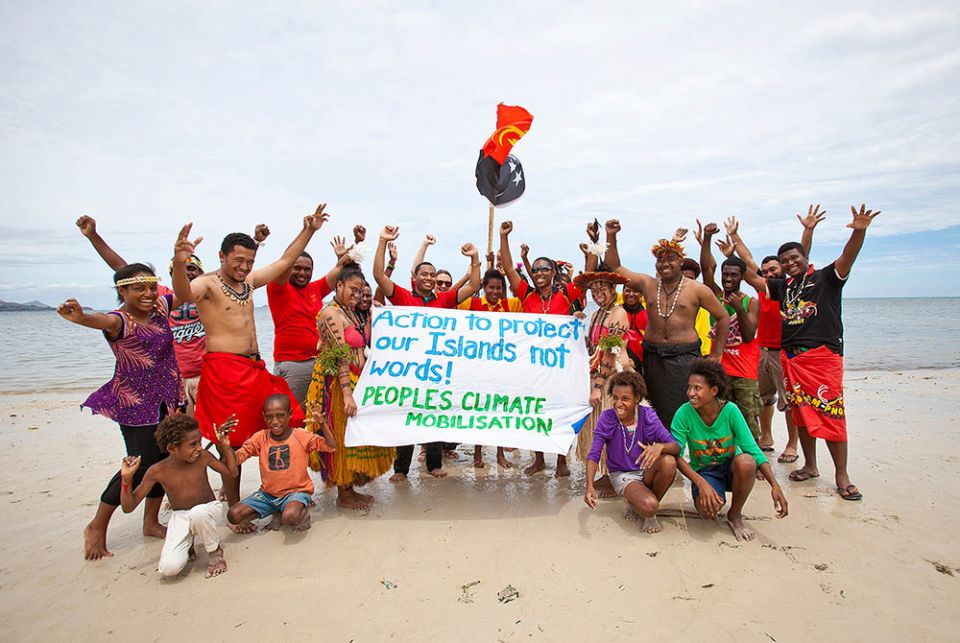 The award draws attention to "the connection between care of creation and the work for peace," Loreto Sr. Teresia Wamũyũ Wachira, co-president of Pax Christi International, said at the awards ceremony Dec. 10 in Auckland, New Zealand.

"It is important to acknowledge the creative and brave actions of young people and equally to raise awareness of the crisis of climate change in the Pacific Islands," she said. "The Pacific Climate Warriors remind us of the profound history of that area of the world, an area where European and North American colonizers implemented their nuclear tests."

The group of young people, most of whom are in their 20s and 30s, formed five years ago as part of 350.org, an international grassroots climate activist movement. Their activism is spurred by knowledge that if global temperatures continue to rise, the low-lying islands and atolls where they live will become uninhabitable. 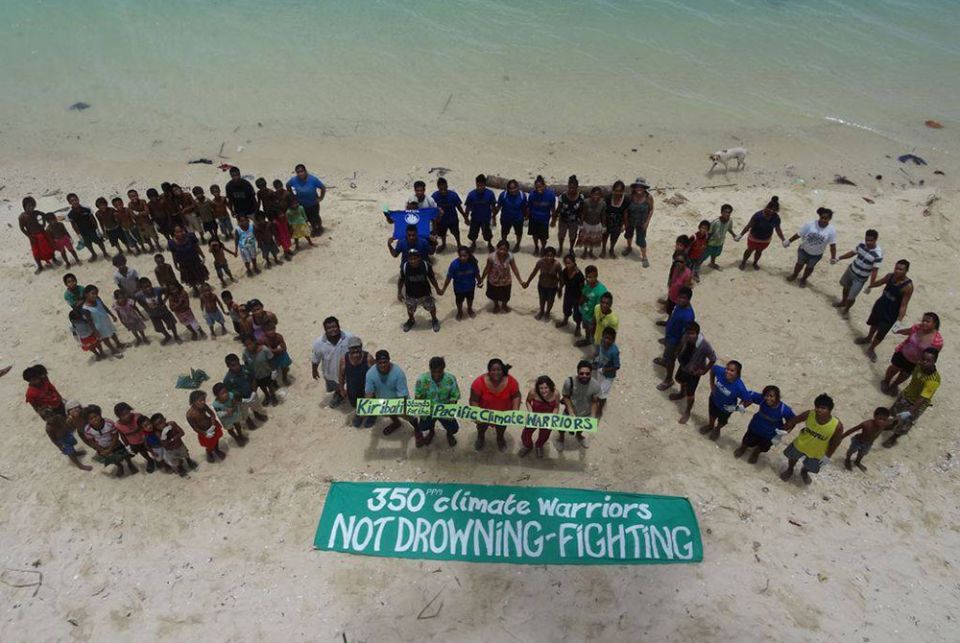 "It's personal, because it's the lives and the livelihoods of our families and our friends that are being destroyed," said Mary Moeono-Kolio, 29, of Samoa, who accepted the award on behalf of the group. "We continue to suffer due to the consequences of inaction, and a complicit silence of so many others."

A Samoan proverb holds that "your culture, or your way of life is a gift from God," she said. "As a follower of Christ, we're also taught that creation itself is a gift from God. For us in the Pacific, they are one in the same. For over 3,000 years, our cultures have been tied to our environment."

But that is changing rapidly. The playground of the elementary school that her father attended has been swamped by the ocean since he was a child, she said, and her grandmother's village has been abandoned because of rising seas. 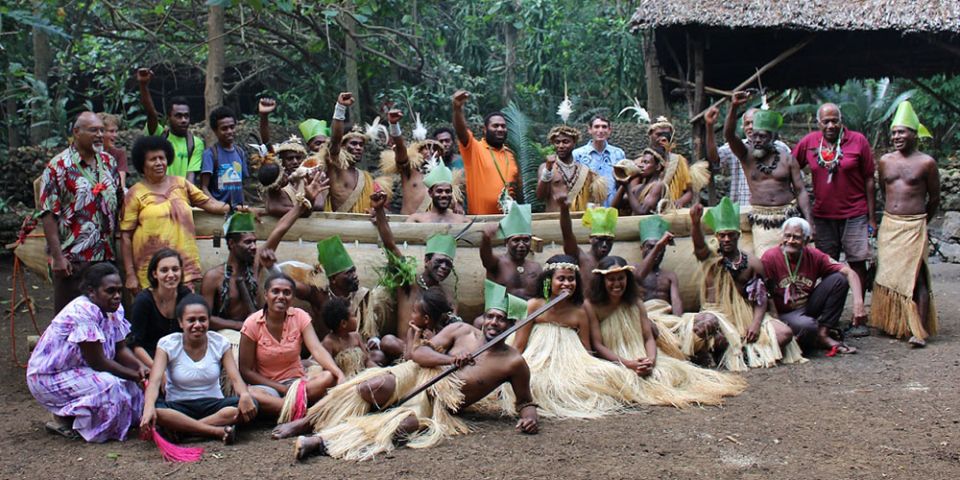 "We come from ancestors who have taught, generation after generation, that our relationship to nature is one of love and respect," Moeono-Kolio said. "We're taught to never take more than we need and always give back where and when we can. Our histories, cultures and spirituality are interwoven with creation, which is why climate change is a threat not only to our lands, but [to] our very identity." 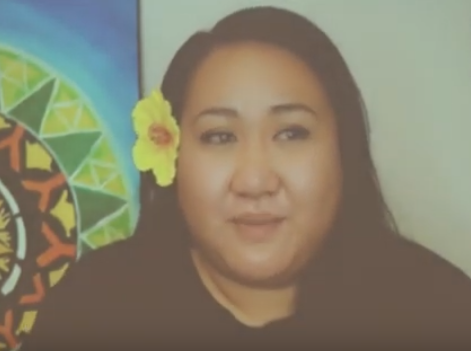 Mary Moeono-Kolio, pictured during a livecast of the awards ceremony Dec. 10 (EarthBeat screenshot/Facebook)

Although she called climate change "one of the greatest acts of violence and destruction that my generation is witnessing," Moeono-Kolio said the Pacific Climate Warriors respond "not with violence, but by deploying something far more powerful and impactful — our cultures, the wisdom of our elders and the tenacity of our young people."

In October 2015, just months after Pope Francis issued his encyclical "Laudato Si', on Care for Our Common Home" and shortly before the Paris climate summit, some members of the Pacific Climate Warriors traveled to the Vatican.

"They spent three nights in prayers, fasting and shedding tears, for their island and in plea that the leaders at the [climate summit] would deliberate positively for climate change," Wachira said.

Three years later, Moeono-Kolio's older brother, Joseph Moeono-Kolio, represented young Pacific islanders at a 2018 assembly of the Catholic bishops of Oceania. He and his wife are now expecting their first child, the family's first grandchild, an event that his sister says gives impetus to their work.

"It is for my soon-to-be nephew that I and many others must remain committed to the fight for climate justice," she said.

Although they may not live to see the fruits of their efforts, she added, their struggle is grounded in the hope that their children and grandchildren "will live in a world where their primary focus is being a child, rather than … trying to convince those in power that our homes are worth saving."