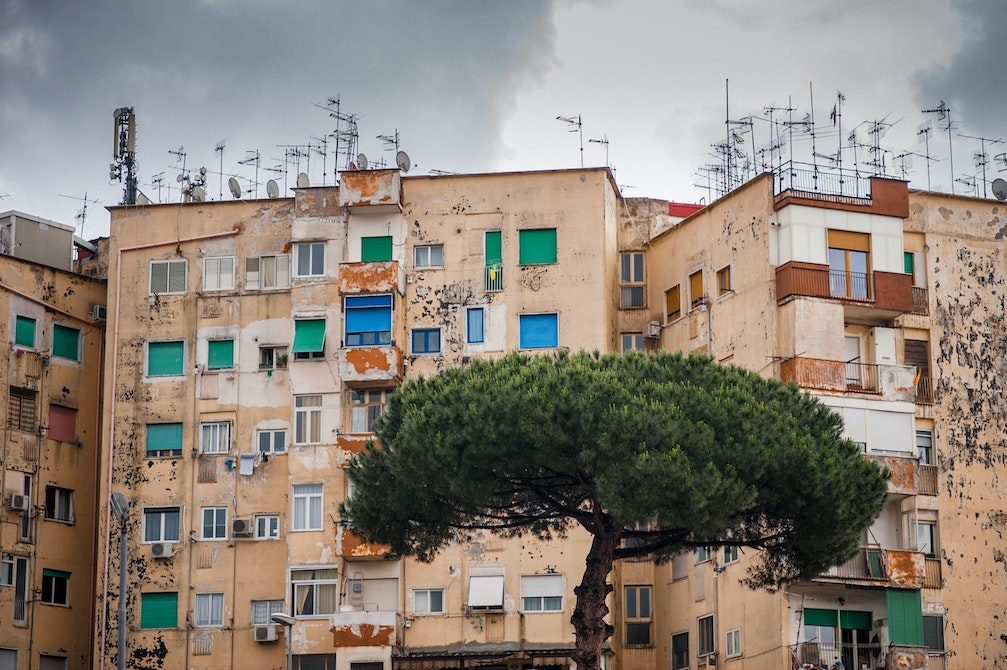 We humans have been gradually enclosing ourselves in a world we have built — and for some people, lockdowns during the coronavirus pandemic have only made that more intense.

This is the century that turned humans into mainly city dwellers, a milestone passed in 2007, according to the United Nations. From 10% in 1800, the world's urban population has grown to 55%, according to U.N. estimates, or 85% based on calculations by the European Commission. In the United States, the figure is nearly 63%.

About one in three of those people lacks water or sewer service, sufficient living area or sturdy housing. And although pandemic lockdowns in the U.S. were often an incentive for people to head for the outdoors, urban dwellers in many parts of the world lack easy access to parks, forests or other places where natural landscapes prevail over those built by humans.

Yet studies increasingly show connections between physical and mental health and access to natural settings — although there's a shortage of studies from parts of the world where urban overcrowding is greatest. Throw in the past year's COVID-19 lockdowns, with teleworking and online classes, and it's no wonder people talk about having a "nature deficit."

As COVID-19 vaccination rates rise and summer approaches, people in the U.S. will probably have more opportunities for outdoor activities. But large parts of the world are still in lockdown, and not everyone in the U.S. has access to outdoor spaces.

So what can you do to stay connected with the natural world if you're shut in, locked down or living in a place with very little green space? EarthBeat asked six people how they stay spiritually rooted in the natural world even in the middle of the city or inside an apartment. Here are their tips:

1. Open your eyes to the world around you

Marie Dennis, former co-president of Pax Christi International, who lives in the Franciscan-inspired Assisi Community in Washington, D.C., has a favorite dogwood tree in her neighborhood, which she visits throughout the year, "always looking forward to its different seasons of beauty."

"My one suggestion during these weeks and months of being shut-in is to see with new eyes what is always around us," she wrote in an email earlier this year. "I've noticed how often members of Assisi Community return from walks around our very urban neighborhood with natural treasures to grace our table — small red leaves, a seed pod, tiny flowers from a patch of weeds. Everywhere you look inside our house, there is something growing or waiting to grow — houseplants yes, but also avocado pits and lettuce stalks sprouting roots and pepper seeds drying for planting in a pot in the Spring."

She added, "Then there's the water — miracle in itself. We are so spoiled in this world of relative affluence to have clean water easily available. The constant hand washing that has become vital to slowing the spread of the coronavirus has made me extra conscious of water's amazing gift." 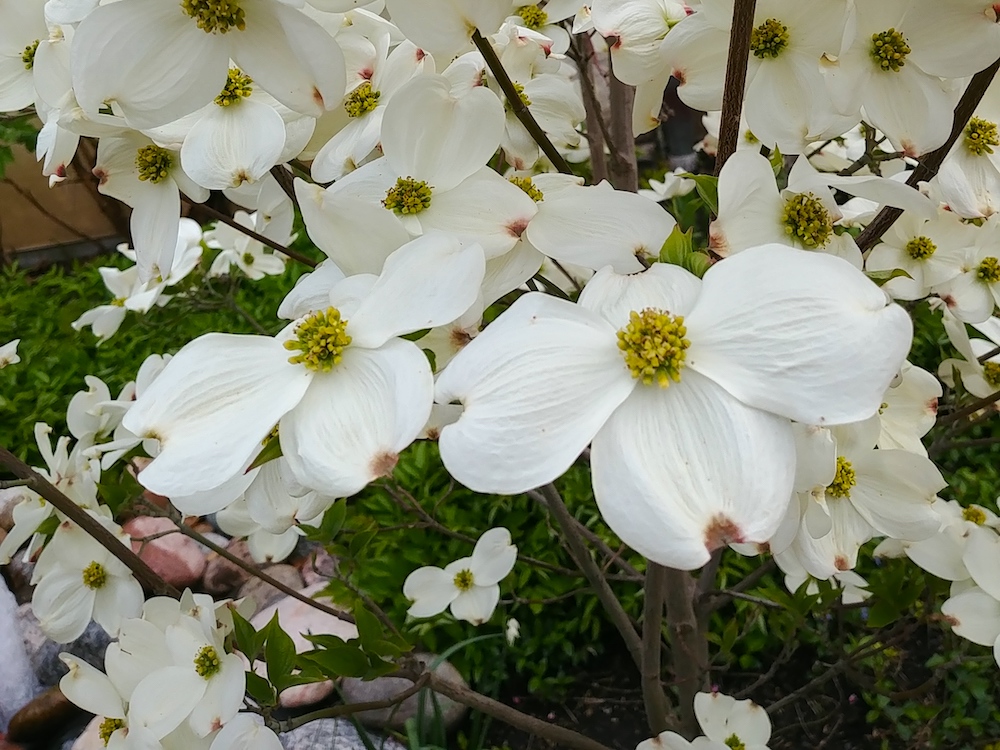 Dogwood trees flower in the spring, but they have many different seasons of beauty. (Tracy Abeln)

Dominican Sr. Maria Galiardi makes a conscious effort to maintain the sense of connectedness that she felt during a vision quest in Death Valley a few years ago.

"I try to go outside as much as I can. I'm living on Long Island — it's not like living in the West, where you have all this wilderness," she told EarthBeat. "I walk. I sit. I go to sunrises as much as I can. Going outside and being in the natural world, with intention, has become a regular part of my spiritual practice."

A person who cannot go outdoors "can look out a window, can watch a plant," she said. "People in the inner city can grow a tomato in their apartment. There are ways to be in touch."

Like Dennis, Galiardi pays attention to the everyday connections that too often are taken for granted.

"You get up in the morning and turn on the water to brush your teeth. Do we know where the water comes from? Everything we do is connected to the Earth. We've lost that connection. Eating a piece of bread or fruit — where do we think it comes from?"

The tendency to ignore those connections, she added, is part of "the great lie — our separation. We consider ourselves apart from the planet rather than a part of the planet." 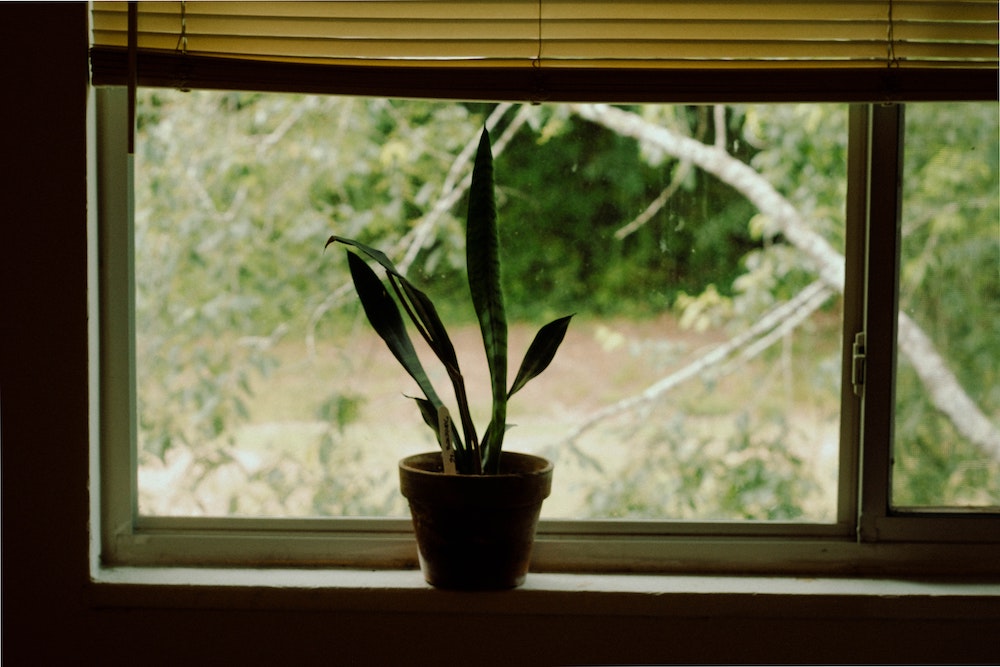 If you are indoors, you can look deeply at a plant or look out of the window at other living things. (Unsplash/Janelle Hiroshige)

Religious of the Sacred Heart Sr. Mary Frohlich of Chicago, a retired professor of spirituality who leads forest therapy walks, suggests returning over and over to sit in the same place — preferably outdoors, although it could also be indoors, with house plants, or even at a window with a view of a tree.

"Have one place where you just spend some time, in a sense doing nothing except being present on a regular basis," if not daily, at least a couple of times a week, she said. "Sometimes it seems like nothing's happening. But something is always happening. You are becoming more attuned to the more subtle things that are happening, and also to the life of that place, that it's changing life." 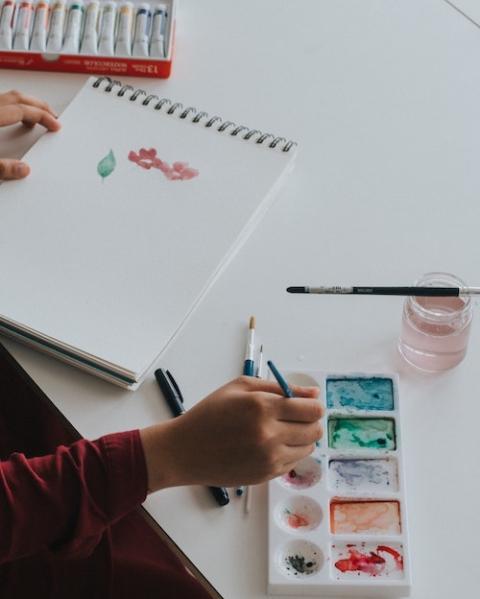 4. Write from the heart

Another way to record what you see and hear in that place is with poetry, said Sr. Caroljean Willie, a Sister of Charity of Cincinnati who is program director of her community's EarthConnection center.

Willie suggests experimenting with different forms. One place to start is with a three-line haiku. With its pattern of five, seven and five syllables, this poetic form traditionally draws inspiration from the natural world:

Or try an "ABC" poem: look around you and build a poem of things you see, hear or smell, in alphabetical order.

Landscapes are also soundscapes, so it's important to listen as well as to look, said Massachusetts composer Linda Chase, who has composed an oratorio based on Pope Francis' encyclical "Laudato Si', on Care for Our Common Home."

"If you're outside, or if you're on your balcony with your plants, you just listen," she said.

Chase suggests taking a piece of paper, visualizing yourself in the center, and drawing images or writing words that represent what you hear — a dog barking, a siren passing by, a sudden breeze or even your stomach growling. Is the sound close by or far away? Constant or intermittent?

"So you're in the center of that paper, and the sounds are all around you. It's interesting to do it, because we're such visual people, sometimes we don't think about where sound is coming from," said Chase, who called this "deep listening." She added, "It's a beautiful thing to become more aware of all the sounds around us. It's truly a gift that we're given."

6. Remember that we are nature

For Moeme Miranda, a Brazilian lay Franciscan who was an observer at the 2019 Synod for the Amazon in Rome, asking how people can connect with nature misses a crucial point.

"We in the West live in a culture that thinks, feels and understands the human being as being outside of nature, of creation, as if we were some sort of special kingdom within another kingdom, as if we were not also earth and natural world," she told EarthBeat. "Pope Francis, in Laudato Si' [paragraph] No. 2, has said we have forgotten that we are earth."

That is a lesson to be learned — or relearned — from Indigenous people, she said.

"They are nature. They aren't part of nature, separate from it. They don't think of nature as if it were stage on which they, as humanity, are performing some great drama. No, we are the natural world."

The first step, she said, is "to go back to connecting ourselves with our deep essence. … We are in a house that is living. The world is alive; the home is alive. But we are also a house. We are a home for other beings. We depend on the beings that inhabit us. So we are nature."

That understanding — not in an intellectual or academic sense, but as a feeling — connects us with the Incarnation, Miranda said. "We are heirs, followers of God who has become flesh, who has lived in our body, who has been body as we are. This reconnection of heart, mind and the depths of our physical body is fundamental."

Regaining a sense of those connections, she added, "and feeling in our hearts, our stomachs, our feet, our hands, our skin, the wind, the aroma, the breeze, the presence of the Spirit, which is also a Spirit incarnate in each of us — these are small things, but they are the things that connect me, day by day, in profound prayer." 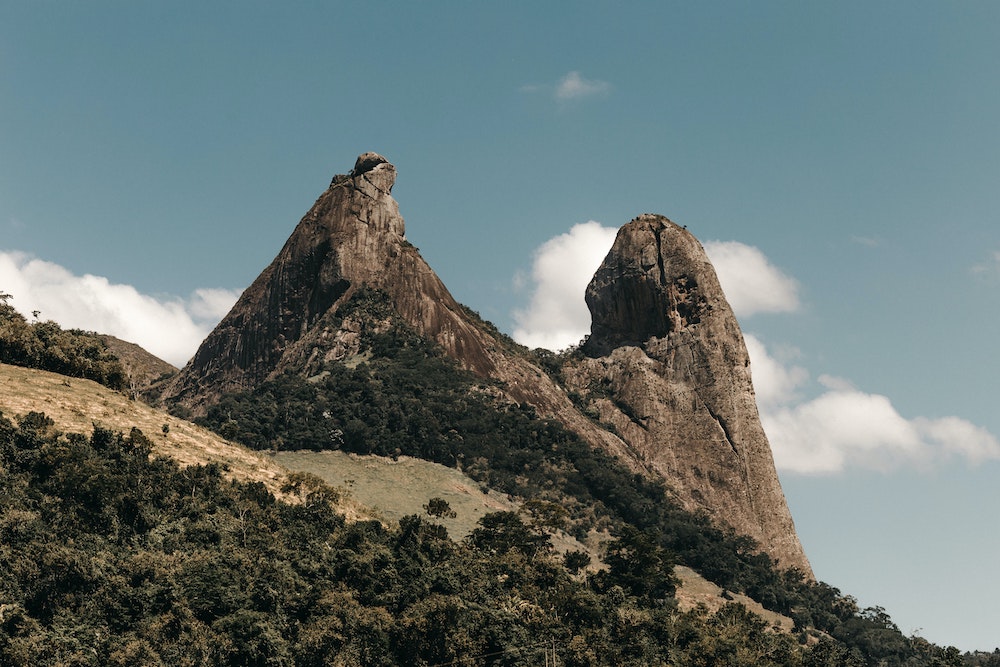 Moeme Miranda: "We are heirs, followers of God who has become flesh, who has lived in our body, who has been body as we are. This reconnection of heart, mind and the depths of our physical body is fundamental." Image: Frade e a Freira/Friar and Nun rock formation, Espirito Santo, Brazil (Unsplash/Jonathan Borba)

A version of this story appeared in the July 9-22, 2021 print issue under the headline: 6 tips to connect with nature.