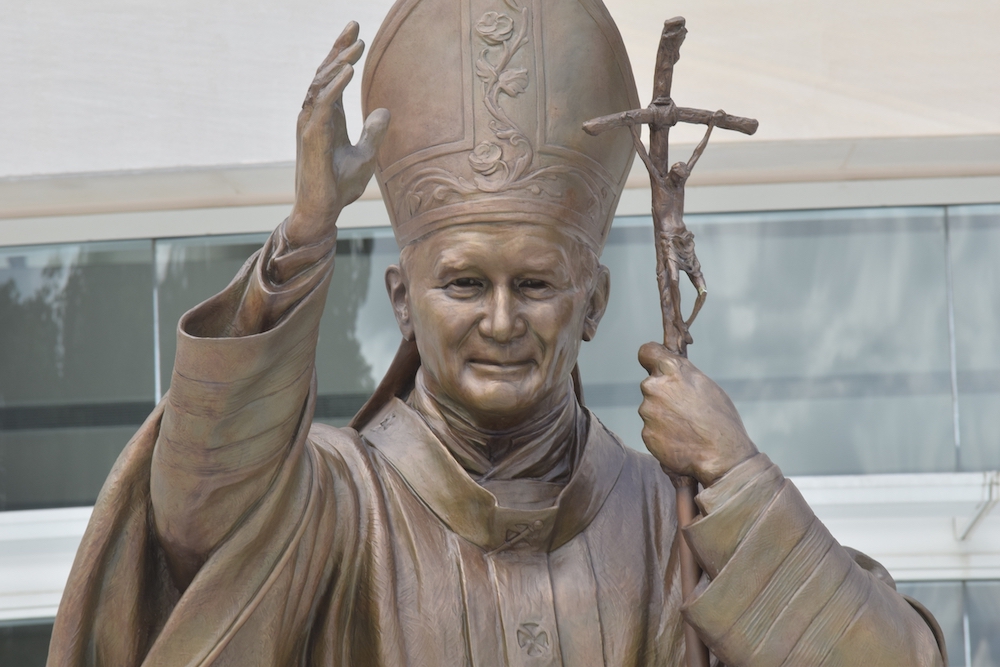 In many, many ways, Pope John Paul II was an admirable man. The last decades of the 20th century were enriched immeasurably by his deft use of papal statecraft in raising up the voices of oppressed peoples across Eastern Europe, in his various efforts toward inter-religious dialogue, and by his personal witness to the dignity of aging.

But as the Vatican's unprecedented report on the career of disgraced ex-cardinal Theodore McCarrick reveals in shocking detail, the first decade of the 21st century will forever be marred by John Paul's calamitous, callous decision-making.

It is time for a difficult reckoning. This man, proclaimed a Catholic saint by Pope Francis in 2014, willfully put at risk children and young adults in the Archdiocese of Washington, D.C., and across the world. In doing so, he also undermined the global church's witness, shattered its credibility as an institution, and set a deplorable example for bishops in ignoring the accounts of abuse victims.

As with every saint, John Paul has a vibrant cult — people across the world who celebrate his memory by encouraging devotion to him, placing his name on churches and schools, and hosting processions and parades on his liturgical feast.

Given what we know now about the long-lasting repercussions of John Paul's decision-making, the U.S. bishops, meeting next week for their annual conference, should seriously consider whether American Catholics can continue such practices. They should also discuss requesting that the Vatican formally suppress John Paul's cult. Abuse victims deserve no less.

As the Vatican's devastating report shows clearly, the late pope's decision to appoint McCarrick as Washington's archbishop in 2000 came despite severe warnings from his highest-level advisors on both sides of the Atlantic.

The Oct. 28, 1999, letter from New York Cardinal John O'Connor, which has been revealed for the first time, could hardly have been more ominous. McCarrick, O'Connor warned, had been the subject of anonymous allegations and was known to invite seminarians to sleep in the same bed with him.

About the possibility of promoting McCarrick beyond his then-role as the Archbishop of Newark, New Jersey, O'Connor wrote: "I regret that I would have to recommend very strongly against such promotion."

O'Connor, who sent the letter on Oct. 28, 1999, as he was suffering from brain cancer that would lead to his death only seven months later, also said he had "grave fears" about the possibility of the promotion and the "grave scandal" it could cause the church.

Read it again. This wasn't a simple blinking red light. It was an all-alerts, final-act bulletin from one of the global church's most senior figures.

Despite that, and despite O'Connor's concerns being subsequently echoed by the Vatican's ambassador to the U.S., and the prefect for the Vatican's Congregation for Bishops, John Paul would trust McCarrick's denials about his behavior and make the appointment anyway.

What's more, to do so the pope had to personally take it under his wing — unusually instructing the Vatican's Secretary of State to tell the bishops' congregation to add McCarrick's name to the list of priests being considered for the job, and then having the Congregation for the Doctrine of the Faith waive the standard check for McCarrick's adherence to Catholic doctrine.

This is all the more devastating if you consider that the decision came during the same period that the Vatican was made aware of allegations of abuse by Fr. Marcial Maciel Degollado, the Mexican founder of the once-powerful Legionaries of Christ, whose victims number at least in the dozens and possibly the hundreds. 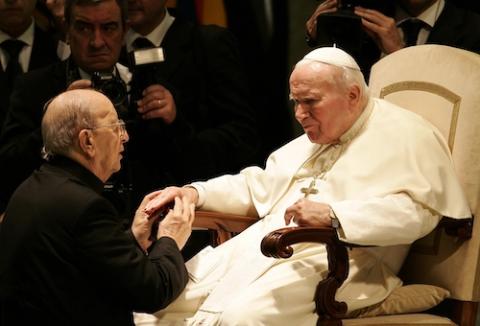 Journalists Jason Berry and Gerald Renner first exposed Maciel's abuse of seminarians in 1997. In 1998, eight ex-Legionaries brought their case against Maciel to the doctrinal congregation.

John Paul would continue to praise the man publicly for the rest of his papacy. Maciel was not publicly punished until 2006, after John Paul's death, when Pope Benedict XVI ordered the priest to a life of penance.

There is no way anymore to escape the truth. John Paul, in many ways an admirable man, was willfully blind to the abuse of children and young people.

Suppressing the late pontiff's cult would not mean telling people they need to throw away their relics or their medals — people could still practice private devotion to him. But for abuse victims, their advocates and many others, John Paul's memory is no longer a blessing. It should not be celebrated in public.

This story appears in the The McCarrick report and USCCB Fall Assembly 2020 feature series.
A version of this story appeared in the Nov 27-Dec 10, 2020 print issue under the headline: John Paul's memory is no longer a blessing.