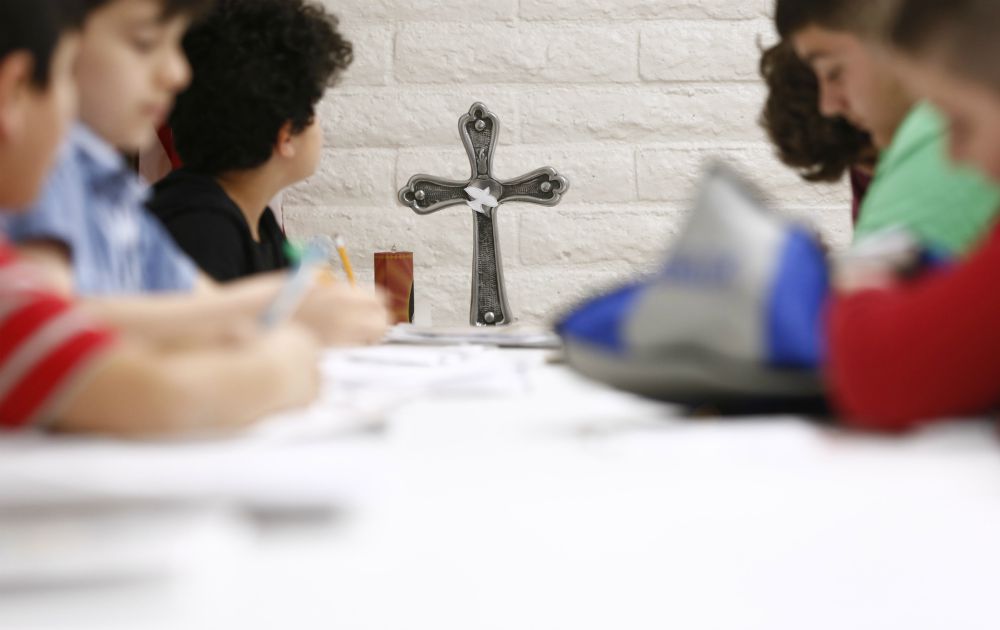 The modern American Catholic family is driving down the highway of life, running across traffic and distractions along the way. That rush often leaves little time or interest in Sunday school or Wednesday night for what used to be called CCD.

It's the job of the parish to offer friendly and accessible on-ramps to faith and spirituality.

The changing nature of the modern family means that religious educators need to interact via creative means. "Parents have time," Roberto told the group, "but it's mobile time, not fixed time."

Parents do a lot of running around. But they also hit dead times. Frequently they encounter stretches of waiting, whether it is commuting or standing by while the kids are at soccer practice. Those spaces, he said, can be used to introduce parents to spiritual growth via their smartphones. Messages and videos for them are widely available, sharing Catholic teaching and spirituality, and religious educators need to use the opportunity. While busy parents may not be able to attend a Wednesday night meeting, they can find time to listen to a 10-minute podcast presentation on their mobile phones.

Roberto, with more than four decades in religious education and youth ministry, introduces resources for faith formation via his company LifelongFaith Associates, based in Naugatuck, Connecticut.

"Faith formation is not nailed down to the floor of the church anymore," said Roberto, who encouraged educators to focus on family life, the little rituals and Catholic observances that can happen in homes and may not show up in church practice on Sunday.

The church needs to break out of the sanctuary if it is to engage modern families, he said. Other groups are vying for their time, including school teachers and coaches.

Fired up by modern social research, Roberto argues that it is the family where children are introduced to faith, and it's within that context that religious educators need to work. Christian Smith, University of Notre Dame researcher into religious practices, notes that the vast majority of young people who drop active Catholic participation do so well before they go to college.

Besides using modern technology, Roberto said that religious educators should realize the potential of human capital that exists in their parishes. Grandparents are now the bulwark of Catholic practice in many parishes, yet they probably need the training and encouragement to make a religious impact on their children and grandchildren. Many are troubled by the lack of Catholic practice in their families, he said, and are waiting for an invitation to get themselves involved. Relative to other generations, grandparents have more time, yet their spiritual development is often neglected.

Religious educators need to recognize that we are living in a different era, requiring a changed response from previous generations.

Today's children have endured massive generational shifts. They have grown up in a post 9/11 world, with the insecurity of terrorism and global conflict as part of their lives. Their world is digital, with knowledge at their fingertips. A 10th of them are being raised by grandparents.

The models of religious education popular in many parishes — such as mandated classes at a set time and place for instruction for parents of children to be baptized — don't take into account the pressures faced by younger parents, many of whom are raising children without partners.

"We ask the most of people who are busiest, and the least of those who have time," said Roberto.

Today's religious educators are much like St. Paul walking into a new community with its own cultural values.

Families, he said, are divided among those who are engaged in the center of the church life, those who are occasional participants, those who describe themselves as spiritual but not religious, and those who are "none of the above." The bulk of religious education efforts are directed at people in the first group. The rest are largely ignored, considered too hard to reach. Much of religious education is spent on badgering occasional participants to become part of the much smaller group that is engaged in parish life.

But Roberto said that even young parents with little interest in parish life are reachable. 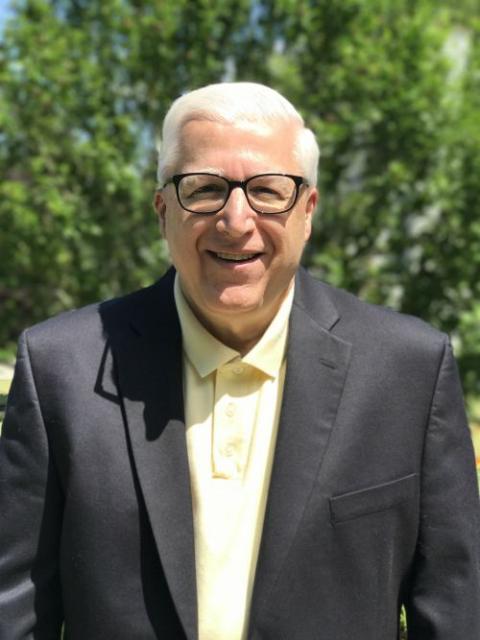 Many parishes already have institutions in place that can reach busy parents of any kind of religious affiliation. One such institution is the vacation Bible school. Parents are attracted by the affordable alternative to daycare service during the long summer months. Meanwhile, their children are exposed to up to 20 hours of religious instruction and community building each week, a prime opportunity to engage with less-involved Catholics.

The assembly here, which attracted hundreds of religious educators from throughout the Newark Archdiocese, included those who questioned Roberto's approach. There was concern about numbers, and how many parents might actually get involved in a less-structured religious education environment.

Roberto, in an interview with NCR, said the numbers are not as important. He noted that Catholics never were concerned with numbers until the massive declines in Mass attendance hit 20 years ago.

Massive evangelical Christian churches, such as Saddleback in California and Willow Creek in Illinois, are now diving into promoting spiritual habits among their congregants, with a far-less emphasis on sheer numbers.

Measures of spiritual growth — such as regular Bible reading, prayer and service — are looked at by growing congregations along with church attendance.

"The good churches are good at numbers and good on people's growth," said Roberto.

Catholics have a model of intense spiritual growth through the Rite of Christian Initiation of Adults (RCIA), a lengthy process of spiritual reading, reflection and discussion for adult converts. The same kind of processes can be applied to other groups, such as parents of baptized infants and of children preparing for their first Communion.

"How do you get more people to come to baptism class?" is a frequent question raised by religious educators. Roberto argues instead that there needs to be "a paradigm shift" focused on offering religious seekers an opportunity to explore Catholic faith and what it means in their lives.

At meetings with religious educators, there is pushback, often from those who run more traditional programs and doubt there is much interest in a more personal, intensive approach. And religious educators often feel overwhelmed, underpaid and underappreciated in what they do.

Still Roberto believes that today's challenges offer parish religious educators an opportunity. There is hunger for spirituality, even if that is less likely to translate into regular church attendance. But religious educators need to realize that on the busy highway of life, families won't just get off on the church exit ramp unless they are presented with signs on the road that Catholic spirituality is a feasible option.

"I'm bullish on faith formation," said Roberto. "Act now and start now. Be urgent about this. We're the ones who have to change and adapt."