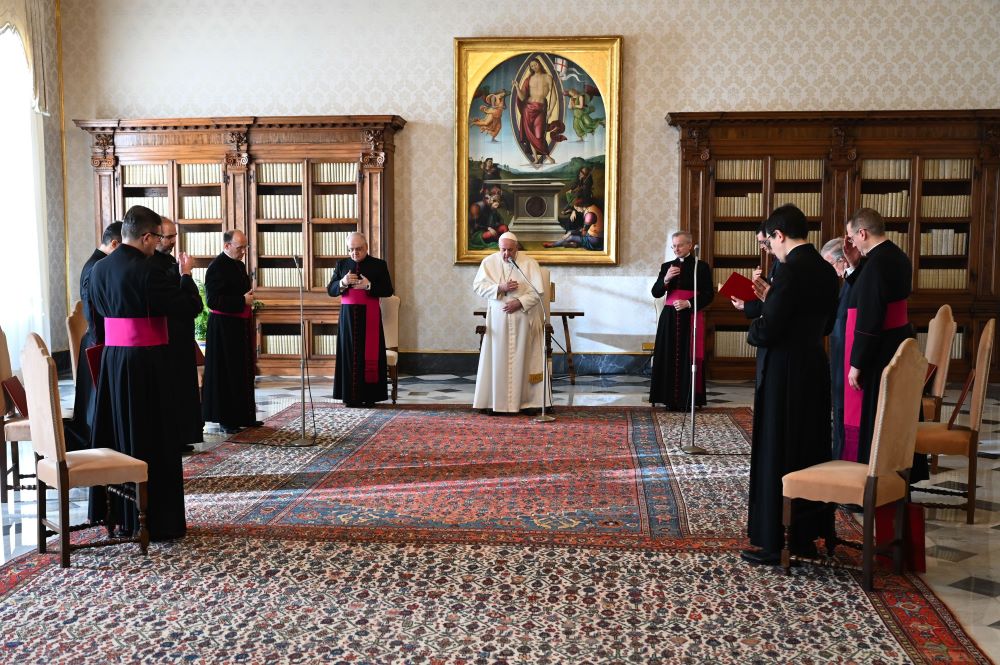 Pope Francis delivers his blessing during his general audience in the library of the Apostolic Palace at the Vatican Jan. 20, 2021. (CNS/Vatican Media)

The most important news story in the past year for the U.S. Catholic Church has probably been the infighting among U.S. bishops about whether or not pro-choice politicians, like President Joe Biden, can receive Communion. But our coverage of that monthslong debate was not on the list of NCR's most read news stories for 2021.

Dips and surges of COVID-19, along with new variants, continued to dominate the headlines, despite available vaccinations and many mask mandates. Meanwhile, Pope Francis made some radical changes to the church's power structure, including the creation of a three-year process for the 2023 Synod of Bishops. He also spoke strongly about the moral obligation to get vaccinated.

The top 10 most read news stories on NCR's website for 2021 focus on the coronavirus pandemic, Francis' small but powerful reformations in the church, the ever-present traditionalists who love the Latin Mass, and more.

These were NCR's most read — not necessarily the most important — news stories of the year. They are listed in order by the number of site visitors who read the story, with short summaries of their contents. We'll post a separate article about our most read opinion and commentary pieces tomorrow.

In the wake of Pope Francis' announcement Jan. 11 that officially opened altar serving, lectoring and eucharistic ministry to all "lay persons," rather than only men, Catholic organizations and individuals expressed a mix of emotions, including joy, disappointment and a bit of wry humor — or just plain surprise.

Before the pope's apostolic letter Spiritus Domini all laypeople could serve temporarily as lectors and acolytes (altar servers and eucharistic ministers), but bishops had the option of restricting such ministries to men. Now, people of any gender can be formally installed in these roles.

In May, Francis also created a new official ministry in the church for catechists, those who teach the fundamentals of the faith to children and others, opening the position to "men and women of deep faith and human maturity."

In a Jan. 10 interview with an Italian news program, Pope Francis suggested that people have a moral obligation to receive a coronavirus vaccine as soon as possible. "I believe that morally everyone must take the vaccine," he said. "It is the moral choice because it is about your life but also the lives of others."

In August, Francis joined a global ad campaign saying that when each individual makes a small act of charity, like getting a COVID-19 vaccine, every gesture added together can transform the world.

And since Oct. 1, visitors, tourists and employees who want to enter Vatican territory have been required to show proof of vaccination, recovery from the coronavirus or a negative COVID-19 test. The anti-COVID ordinance was approved by Francis and signed by Cardinal Giuseppe Bertello, president of the commission in charge of Vatican City State.

Francis and Pope Emeritus Benedict XVI likely received the third dose of the COVID-19 vaccine in October, according to official Vatican reports that priority for the third dose was given to people over 60.

Meanwhile, a few of the most vocal vaccine critics were also high-ranking church officials, such as U.S. Cardinal Raymond Burke, who was hospitalized and on a ventilator for several days with COVID-19, and San Francisco Archbishop Salvatore Cordileone, who defended his decision not to get vaccinated.

3. Vatican office admits silence about children of priests was a mistake

A Vatican office has acknowledged that the Catholic Church erred in asking its members to keep silent when they heard about priests fathering children.

"Before our times, the Church did like most institutions and avoided addressing publicly matters regarding its members' behavior, about which it kept silent," Norbertine Fr. Bernard Ardura, president of the Pontifical Committee for Historical Sciences, said in a document published in late January. "This was a mistake, which can be explained by the context, but it remains a mistake."

The priest, whose office is responsible for fostering cooperation between the Vatican and outside historians, was writing in a letter to Vincent Doyle, the child of a priest in Ireland and the leader of Coping International, a global campaign for the recognition of priests' children. Doyle's organization has posted the letter, written in French, on its website.

4. 'Religion entered into me': A talk with Jane Goodall, 2021 Templeton Prize winner

Sixty years after she stepped into the jungle to observe chimpanzees in their natural habitat, Jane Goodall, the world-renowned primatologist and conservationist, won the 2021 Templeton Prize, which was awarded in May.

Goodall, 87, is only the fourth woman to win the award, established by the late investor and philanthropist Sir John Templeton to honor those who use science to explore humankind's place and purpose within the universe. She follows Francis Collins, director of the National Institutes of Health, who won the $1.5 million prize last year for leading the Human Genome Project to its completion.

Goodall also spoke at a Vatican-sponsored webinar in April with Cardinal Peter Turkson for a conversation about biodiversity and its importance in preserving life on Earth, not just for people but for the entire planet.

Those who proclaim the Gospel of Jesus Christ are humble and trust in God, they do not heap conditions upon others or promote themselves as the only "keepers of the truth," Pope Francis said.

The path of evangelization, the essential characteristics of an evangelist and the risks posed by the self-proclaimed righteous are illustrated in the Letter to the Galatians, the pope said June 23 as he announced the letter would be the topic of a new series of talks at his weekly general audiences. 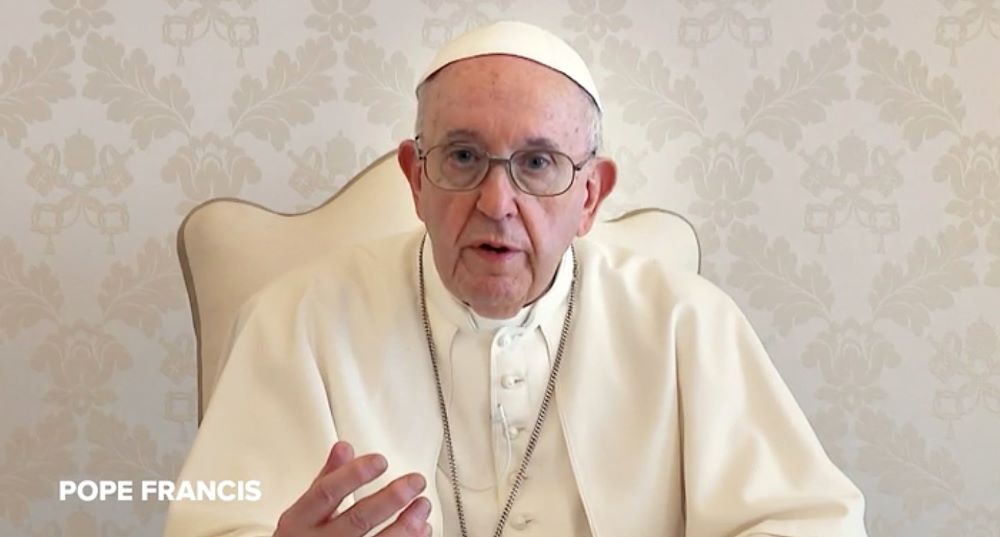 Pope Francis is pictured in a video for an ad campaign promoting COVID-19 vaccines throughout the Americas. (CNS screenshot/Courtesy of Ad Council)

6. Francis: 'No concession' to those who deny Vatican II teachings

Pope Francis on Jan. 30 urged those charged with passing on the principles of the Catholic faith to consider the teachings of the Second Vatican Council as sacrosanct, saying that to be Catholic one must adhere to the reforms brought about by the landmark event.

"The council is the magisterium of the church," said the pope. "On this point we must be demanding, severe. The council cannot be negotiated."

7. Pope Francis is preparing a radical reform of the church's power structures

In 2001, Cardinal Jorge Bergoglio was a rapporteur for the Synod of Bishops at the Vatican — and he did not like what he saw. The Catholic Church had adopted a top-to-bottom approach that stripped local churches of any decision-making power, and the synod was reduced to nothing more than a stamp of approval for prepackaged conclusions made in Rome.

When Bergoglio emerged as Pope Francis in the 2013 conclave, the synodal process was high on his list for reform.

On Oct. 9-10, Francis inaugurated a three-year process for the 2023 synod, which will focus on how the church across the world can become synodal. The preparation process and the 2023 synod, with the theme "For a synodal church: Communion, participation and mission," have the potential to revolutionize the way decisions are made in the Catholic Church and promote a more decentralized structure of authority. 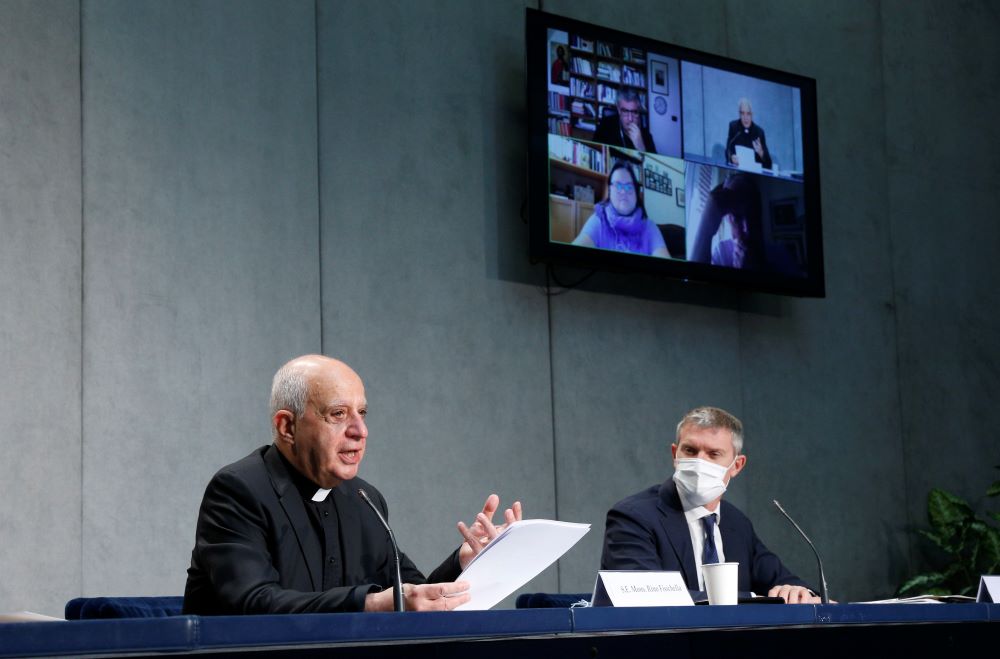 Archbishop Rino Fisichella, president of the Pontifical Council for Promoting New Evangelization, and Matteo Bruni, director of the Holy See Press Office, participate in a news conference for the release of Pope Francis' document, Antiquum Ministerium, at the Vatican May 11, 2021. (CNS/Paul Haring)

8. In came Latin, incense and burned books, out went half the parishioners

At St. Elizabeth of the Hill Country Parish in Boone, North Carolina, Fr. Brendan Buckler is among a number of pastors in the Charlotte Diocese who are dubbed restorationists, traditionalists, or, in some cases, rad-trads.

They are often younger than other priests — Buckler was ordained in 2011 for the Raleigh Diocese — and they are trained in a liturgical tradition foreign to most Vatican II Catholics. Bishop Peter Jugis of Charlotte has invited them into his diocese and they now lead a number of parishes, much to the chagrin of some older clergy, who, mostly quietly, question their bishop's judgment. Jugis also opened a junior seminary to help train future pastors in a similar mold.

9. Pope says money at root of opposition to annulment reform

The potential loss of money and authority are often at the heart of the opposition against reforming the Catholic Church's annulment process, Pope Francis said.

Departing from his prepared remarks during a Jan. 29 meeting with members of the Roman Rota, a Vatican tribunal handling mostly marriage cases, the pope said that after implementing reforms that streamlined annulments in 2015, he "received many letters" and encountered "so much resistance."

"Almost all of them were lawyers who were losing clients. And therein lies the problem of money," he said.

And in November, concerned at the slow pace of adopting his reforms of the marriage annulment process, Francis established a Vatican commission to encourage and verify progress in the dioceses of Italy. 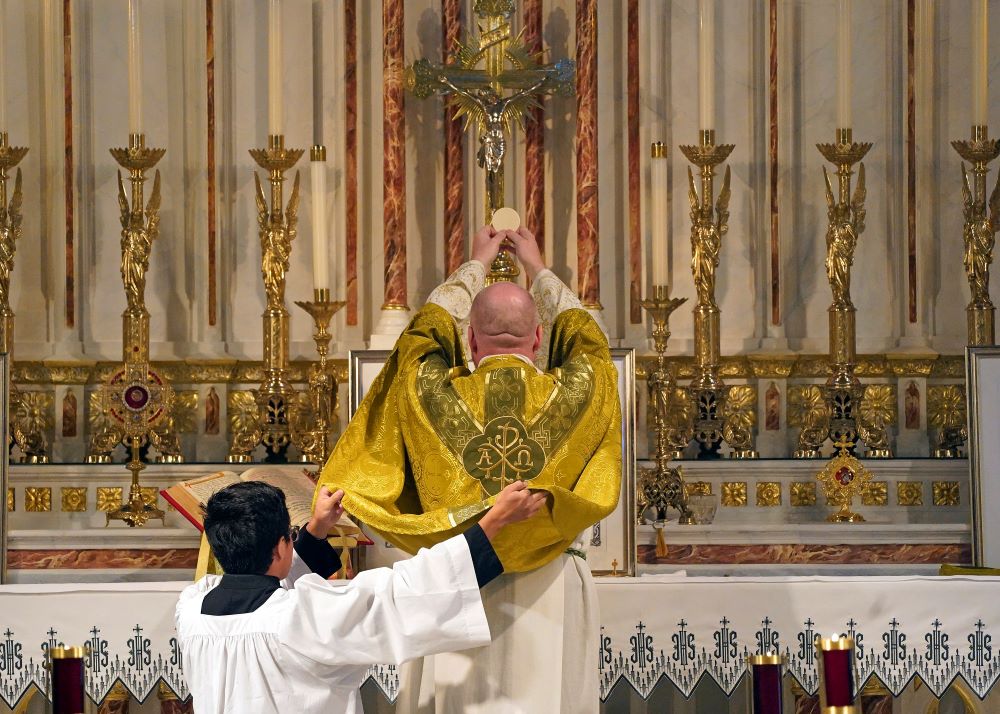 Pope Francis cracked down July 16 on the spread of the old Latin Mass, reversing one of Pope Benedict XVI's signature decisions in a major challenge to traditionalist Catholics who immediately decried it as an attack on them and the ancient liturgy.

Francis reimposed restrictions on celebrating the Latin Mass that Benedict had relaxed in 2007. Francis said he was doing so because Benedict's reform had become a source of division in the Roman Catholic Church and used as a tool by Catholics opposed to the Second Vatican Council.

Francis issued a new law requiring individual bishops to approve celebrations of the old Mass, also called the Tridentine Mass, and requiring newly ordained priests to receive explicit permission to celebrate it from their bishops in consultation with the Vatican.

Archbishop Arthur Roche, prefect of the Congregation for Divine Worship and the Discipline of the Sacraments, doubled down in a Nov. 14 interview defending the pope's liturgical reforms as necessary to strengthen the church's unity through its worship.

And in March, the Vatican's Secretariat of State banned the practice of individual Masses inside St. Peter's Basilica and placed strict limits on the use of the Latin rite.