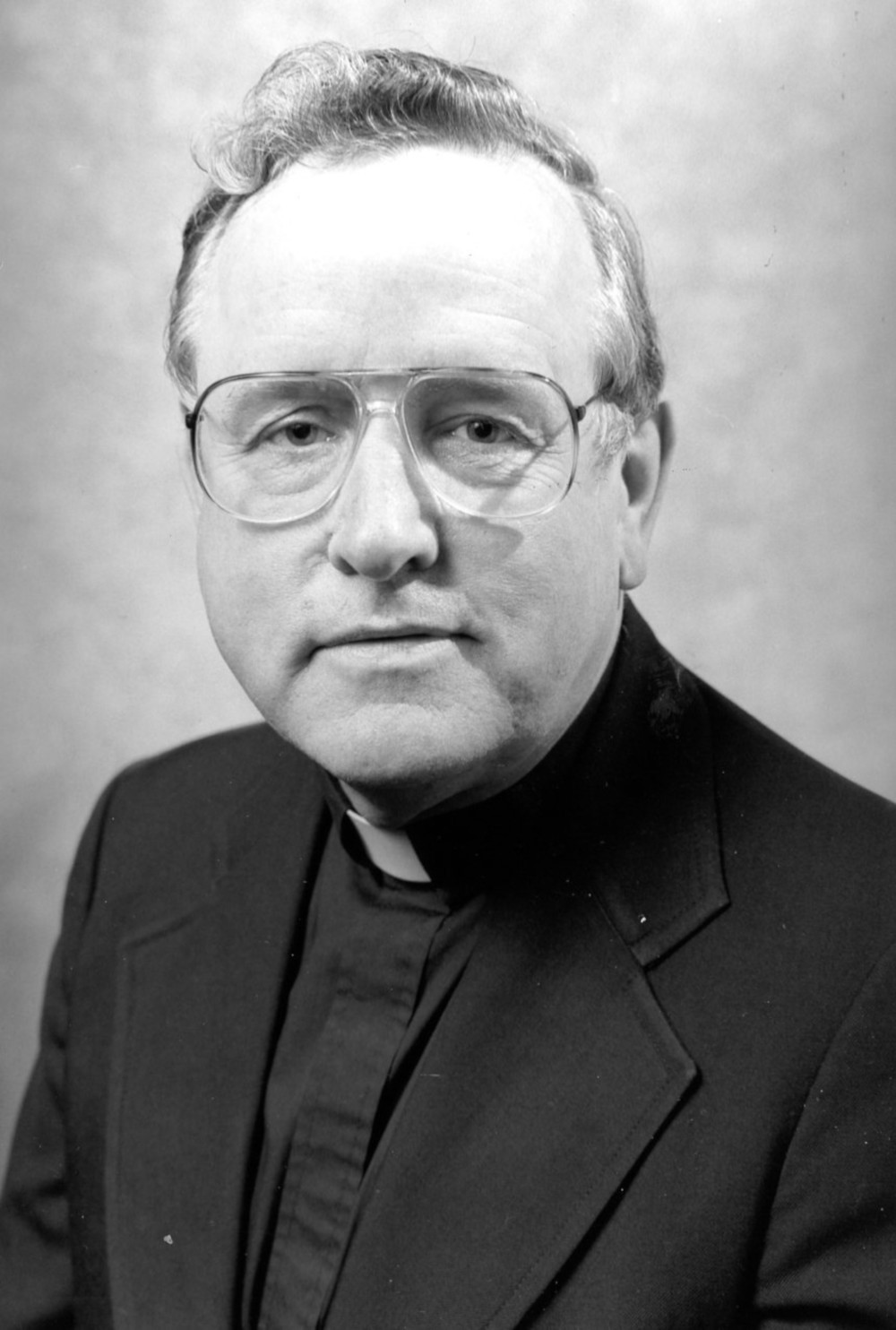 Jesuit Fr. Michael Buckley, pictured in an undated photo, died at age 87 July 25, 2019, following a long illness. He leaves a lasting legacy for his contributions to studies in theology, the origins of modern atheism, the mutually beneficial relations between science and religion, and Jesuit spirituality and education. (CNS)

Jesuit Fr. Michael Buckley, a noted theologian and retired Bea professor of theology at Santa Clara University, died July 25 at the Jesuit retirement home in Los Gatos after a long illness. He was 87.

His funeral Mass was celebrated Aug. 2 at the Santa Clara Mission Church on the campus of Santa Clara University.

The priest leaves a "lasting legacy for his contributions to studies in theology, the origins of modern atheism, the mutually beneficial relations between science and religion, and Jesuit spirituality and education," said a news release about his death issued by the Jesuits' West province.

He was a member of the Society of Jesus for almost 70 years. His work was especially noted for an intense and critical alignment of rigorous theological inquiry with in-depth studies in Christian spirituality.

A San Francisco native, he was born Oct. 12, 1931, into a large family. His father was an Army colonel and the family moved often. After graduating from high school, including a stint at Yokohama High School in Japan, he entered the Society of Jesus in August 1949.

He served as a Jesuit scholastic at Bellarmine College Preparatory and later studied philosophy at St. Michael's Institute in Spokane, Washington. After theological studies at the Jesuit's Alma College, he was ordained to the priesthood June 8, 1962, at St. Mary's Cathedral in San Francisco. He took his final vows Aug. 15, 1966.

Buckley received his bachelor's degree and master's degree in philosophy from Gonzaga University, his master of sacred theology degree from Santa Clara University.

After his ordination, he was accepted for doctoral studies at the University of Chicago, where he completed his work in three years. His dissertation led to his first book, "Motion and Motion's God: Thematic Variations in Aristotle, Cicero, Newton and Hegel" (Princeton, 1971). This laid the foundation for further works on atheism, including "At the Origins of Modern Atheism" (Yale, 1987). He also wrote several papers on the relationship between science and religion.

His other books include "Papal Primacy and the Episcopate: Towards a Relational Understanding" (Herder, 1998) and "The Catholic University as Promise and Project: Reflections in a Jesuit Idiom" (Georgetown, 1998). In all, he was the author of seven major books and scores of articles, both scholarly and popular.

Buckley served at various times as chair of the Jesuit International Theological Commission and the president of the Catholic Theological Society of America. He served on many other boards through the years, including that of the eminent Jesuit journal, Theological Studies

He was a former executive director of the Secretariat of Doctrine at the U.S. bishops' conference in Washington.

When Buckley was named to the doctrine post in 1986, some U.S. bishops objected to his appointment because of a 1977 statement of dissent he signed regarding the ordination of women. But his appointment was reconfirmed after a special panel of bishops affirmed his "theological competence and his loyalty to the church.''

A gifted teacher devoted to his students, Buckley had faculty appointments at the Pontifical Gregorian University in Rome and the Jesuit School of Theology in Berkeley, California, where he also served as rector. He also held positions at the University of Notre Dame, Boston College and Santa Clara University.

At the University of Notre Dame in South Bend, Indiana, he was a professor of philosophical theology and a faculty fellow at the University's Reilly Center for Science, Technology and Values.

At Boston College, he was director of the Jesuit Institute and Canisius professor of theology. He worked closely with graduate students in forming a community of intellectual, spiritual and societal commitments.

Considered a "Jesuit's Jesuit," he had an in-depth command of Jesuit historical sources and Ignatian spirituality. He was elected to three General Congregations of the Society of Jesus.

At the 32nd General Congregation, he was instrumental in the writing of Decree 4, "Service of Faith and the Promotion of Justice," which was key to a reorientation of the Jesuits toward service of the poor and more forthright stances with regard to social justice. He also helped establish the doctoral program at the Graduate Theological Union in Berkeley – in advanced studies in spirituality.

A highly sought spiritual director and confessor, Buckley inaugurated a program of spiritual exercises for the bishops of the Western United States that continues to this day. He was also a gifted retreat master, having given many retreats in particular to Carmelite nuns.

A man of intense faith, Buckley was known for his deep love for his family, a ready recall of quotations from Aeschylus through Shakespeare and Joyce, an instant sense of humor, and an eagerness for life, always ready to pitch himself into the next project.

He is survived by 12 nieces and nephews. He was preceded in death by his parents, Col. Michael Buckley Jr. and Eleanor Fletcher Buckley, and by five siblings. His brother Thomas, who died in 2017, also was a Jesuit priest and scholar.