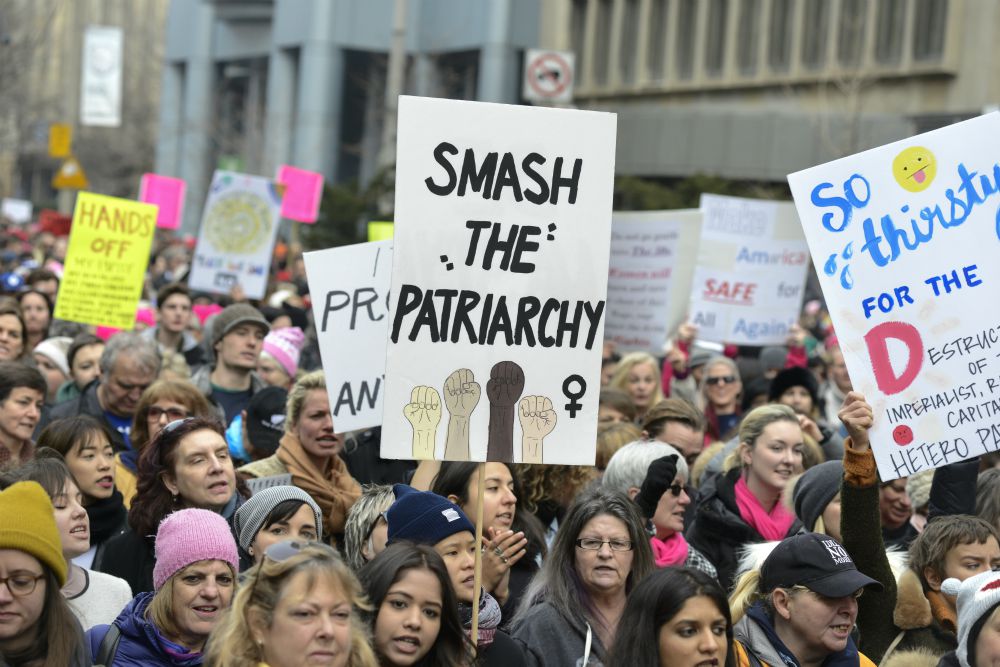 Participants in the Women's March in Toronto, Canada, Jan. 21, 2017, the day after U.S. President Donald Trump was inaugurated (Dreamstime/Arindam Banerjee)

In mid-November, at what many thought was the height of revelations about sexual misconduct by powerful men in the media (we were post-Harvey Weinstein and Louis C.K., but pre-Charlie Rose and Matt Lauer), the New Yorker Radio Hour presented a series of interviews on the fallout from the unrelenting flood of sordid tales of sexual misconduct and assault by men.

In one interview, feminist author and activist bell hooks was asked about the roots of this male aggression and violence. She told New Yorker editor David Remnick that, though she had read a lot of commentaries since the first revelations about Weinstein, hardly any commentator had used the word "patriarchy" to explain the root cause of all of this bad behavior.

"We want to act like this is individual male psychopathology," hooks said, rather than admit that this behavior has been normalized for men by a patriarchal system.

Lately it feels like every day another a man vanishes from the limelight, as if taken by a plague. But in these cases, the pestilence was of their own making. And, as hooks points out, patriarchy created the conditions under which it could breed.

Patriarchy is any system in which men hold the power and women are largely excluded from it. In a patriarchal structure, powerful men dominate women, children, nature and other men. Frequently, one of the key ways that men predominate over women is by fixating on and controlling female sexuality.

In Hollywood and in the media, elite, ruling classes of wealthy men act as kingmakers. They have the power to decide what faces will become famous, which voices will become influential, and whose unknown name will become a household name. The patriarchal system gives these men license to abuse their power through the sexual coercion and domination of women and, in some cases, minors.

The entertainment industry's patriarchal system enabled obscene levels of sexual misconduct, gross abuses of power, and conspiracies of silence. If it feels like we've seen this movie before, we have. Remember "Spotlight"? The patriarchal structure that led to this moment in Hollywood is remarkably similar to the system at the root of the prolonged sex abuse crisis in the Roman Catholic Church.

The Catholic Church may not have invented patriarchy, but it has certainly sanctified it. The patriarchal system that allowed famous actors, producers and newsmen to move about like gods is not much different from the patriarchy that has for centuries told priests that they are divine, exceptional men, set apart to rule over a lowly and lost laity.

If Hollywood had a pope, it was surely Harvey Weinstein, with his omnipotent authority to make actors' visages immortal or condemn them into irrelevance, and with his access to resources that could enforce secrecy and make unseemly rumors disappear. Rose and Lauer, we are finding out, functioned almost like bishops, dominating their own little fiefdoms, with unchecked power and scant accountability.

True to the patriarchal system, in both the church and entertainment industry scandals, the majority of victims were women and minors. In the church's crisis, of course, the bulk of victims were children, but there are also untold cases of priests' committing acts of sexual assault and impropriety with adult women.

Whether the crimes take place in Hollywood or the newsroom or the church, abusers who thrive within a patriarchal environment seem to fit a very similar psychological profile.

In her recent article, "The Power of Preying," Dr. Alexandra Katehakis explains why men target women in the workplace. She could just as well have been writing about sexually abusive priests.

"These men have ample opportunity to groom the innocent by garnering their trust and seducing them with false promises," she writes. "They bank on the likelihood that their victims' terror of exposure will keep them from exposing their perpetrator."

She also explains why, after being violated, so many victims remain silent:

When the predator finally strikes, the victim becomes disorientated — a trusted, admired other has violated her. Sexual acts happen swiftly, sending the victim into a haze of confusion or freezing her ability to move or to determine what's okay and what's not in that one moment.

"For who else but a man who feels profoundly (if unconsciously) inadequate would find nonconsensual, non-connective acts arousing, and would indulge in them?" she asks. 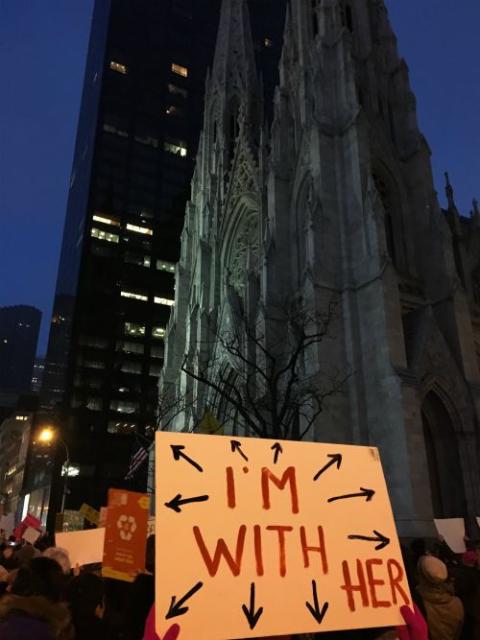 She explains, "They have a shame-based personality that manifests itself in a shame-based sexuality. When a male in power 'acts out' his sexuality, it means just that: He is regulating his long-buried rage (generally at the offending gender) by acting it out in the mime language of sex."

Tragically, these damaged men find a haven in patriarchal systems where they have unparalleled access to women and children to act out their sexualized rage, often with little accountability. And, should a victim speak out, these predators can count on the protection of their fellow patriarchs.

Given how much sex abuse is fueled by shame, it is no wonder that it was rampant inside the Catholic Church, where sexual morality, from the time of Augustine, is founded on the notion that sexual desire is sinful and irredeemable.

Many people hope that the "#MeToo" cultural moment will give rise to a reckoning in which women, at long last, will experience respect and justice in the workplace as well as the opportunity to gain better positions and leadership based solely on their talents.

But there is also a #ChurchToo movement that has arisen in conjunction with #MeToo, in which victims of sexual abuse, particularly from Catholic and evangelical backgrounds, are speaking out. As their stories testify, it's a much steeper climb towards justice in Christian patriarchal traditions where, as one blogger has described it, "the husband leads, the wife submits, and the children obey."

If we think Hollywood is tough, try reckoning with Catholic and evangelical theologies that insist that God has ordered the universe so that men are always destined to be the leaders and authorities.

The church is so entrenched in its patriarchal ways, there should be little wonder that initiatives like Pope Francis's papal commission on clergy sex abuse failed to enact any real reforms and, instead, eliminated abuse survivors from participation.

Last week, the New York Archdiocese boasted — perhaps in response to the current cultural milieu — that 189 victim-survivors of abuse had received collectively $40 million in compensation. Settlements provide long overdue support for individual victims, but they do not create the structural change necessary to address the fundamental causes of sexual abuse.

If this watershed moment in Hollywood and the media reminds Catholics of anything, it is that patriarchal systems are a breeding ground for sexual assault and misconduct. Most importantly, it shows us that sexual abuse will only be eradicated from the church if we continue to challenge its patriarchy, the real root of the problem.

Read this next: Default must be to trust the victim