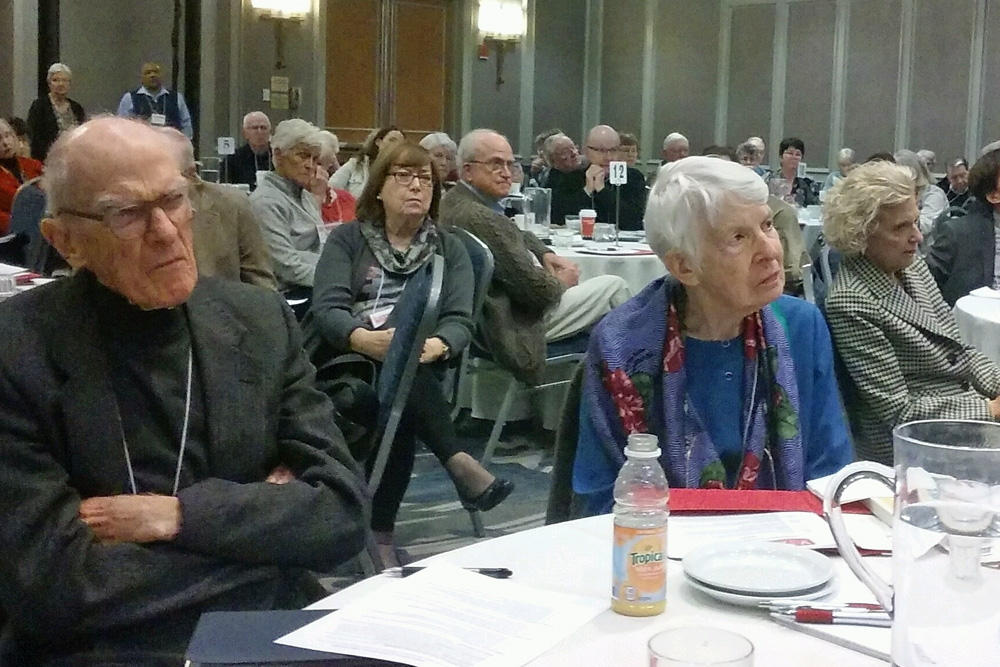 Anne Burke, at far right, sits with attendees at the annual gathering of Voice of the Faithful in Newton, Massachusetts (NCR photo/Peter Feuerherd)

Don't count on the bishops to clean up sex abuse in the church, Anne Burke told the annual gathering of Voice of the Faithful here Oct. 19.

Burke, chief justice of the Illinois Supreme Court and a justice of the court's First Judicial District, formerly served as interim chair of the National Review Board for the U.S. bishops' conference; she last addressed Voice of the Faithful in 2012. At that time, she saw reason for optimism that the bishops were willing to address the sex abuse crisis.

"Unfortunately, the hope I extended to you in 2012 has been severely eroded," she said. "I no longer have faith in the hierarchy."

Voice of the Faithful was founded in 2002 in response to the sex abuse crisis in the Boston Archdiocese, where this year's convention was held. The group now boasts affiliates around the country, which monitors progress on transparency by the church hierarchy on sex abuse and finances.

"I am disheartened to say we continue to learn of new instances of clerical misconduct and discover anew that some members of the hierarchy have engaged in secrecy and cover-ups," Burke said.

Related: Voice of the Faithful convenes to discuss church reform in abuse, finances

The cover-ups, Burke said, have a long history. In her time at the National Review Board, she encountered stiff resistance among some bishops.

Some bishops, including Archbishops Charles Chaput of Philadelphia and José Gomez of Los Angeles, have long protested lay oversight of the sex abuse crisis. They wrote to her when she was chair of the National Review Board that the group was merely an advisory body with no authority over the bishops. Another, Cardinal Roger Mahony, then-archbishop of Los Angeles, met with the group, but only after insisting on being joined by a cadre of 15 lawyers.

The National Review Board was told that the bishops had no secret files on abusing priests. That proved to be a lie, Burke said, noting how secret files released in the Buffalo, New York, Diocese were made public only after they were released by local Buffalo news media and CBS' "60 Minutes." 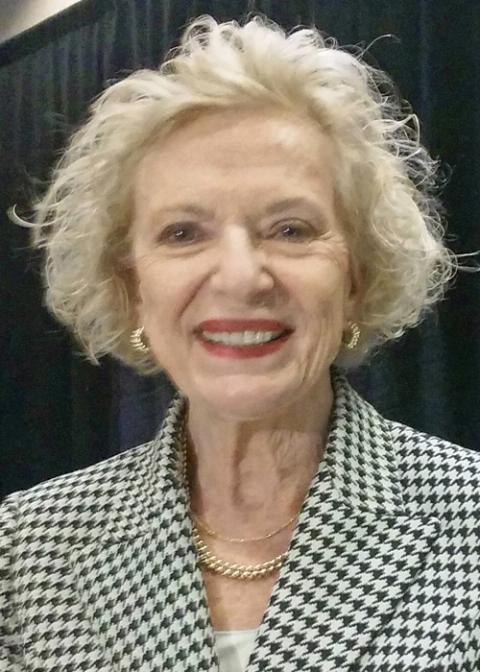 The National Review Board sponsored a 2004 study by the John Jay College of Criminal Justice that investigated the scope of sex abuse in American dioceses. But little has been done, Burke said.

"Since our report in 2004, progress has occurred at a glacial pace," she said. "Although some initial changes fueled the hope I once had, now, a decade and a half later, I realize that our trust that the bishops would seriously consider our recommendations and act on them was misplaced."

She added, "it is now clear to me that the church hierarchy is not capable of policing itself from within."

That reality, she said, was evidenced in the revelations surrounding former cardinal and accused sex abuser Theodore McCarrick, and in the response of bishops to allegations against Australian Cardinal George Pell, who was convicted of sex abuse.

"Despite his conviction, some church leaders continue to maintain his innocence, claiming the evidence against him as not plausible and likening Pell's trial to the suffering Christ," she said.

"What angers and frustrates me the most is that the crisis in our Catholic Church is not over, yet the hierarchy still refuses to be honest or take the necessary action to heal its wounded and hurting flock. Why wouldn't a shepherd, tasked with protecting his flock, fix the broken gate where the wolves keep getting in, despite having the tools, and the wood, and the help, to make the repairs?"

Burke argued that a plan approved this year by the U.S. bishops to address corruption in their ranks fails to address issues raised by self-policing by the hierarchy. The bishops approved a series of measures to implement a metropolitan plan, which places responsibility for investigating bishops on senior archbishops.*

"Given all that the church has endured with regards to clerical sexual abuse and its cover-up by the bishops, who could ever trust that the bishops will not continue to engage in secrecy and cover-ups when it is they, themselves, who are the subject of investigation?" she asked.

There is a way out, Burke said, quoting a June NCR editorial arguing that the solution to the crisis lies in laypeople working outside church structures. She cautioned against participation in diocesan lay boards investigating sex abuse cases, saying they can get in the way of other investigations. The only solution, she said, is via law enforcement and public disclosure in the media.

"Cops, reporters and people in the pews remain the most effective monitors of the shepherds. Our best guarantor remains that the outside world is still watching," she said, quoting NCR.

*This sentence has been clarified from an earlier version of this story.

A version of this story appeared in the Nov 1-14, 2019 print issue under the headline: Illinois chief justice distrusts church hierarchy to police itself.