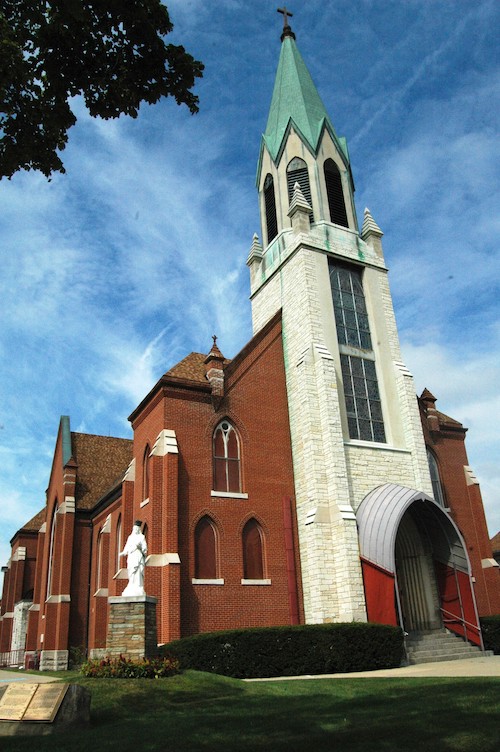 The pastor of a church in what was once the city's Polish neighborhood has invited 12 men to undertake arms training to protect St. Stanislaus Church.

In a Sept. 1 email sent to his parishioners, Msgr. John Fritz, the pastor of St. Stanislaus, Bishop and Martyr, appealed for volunteers to help clean up following the parish picnic Sept. 13 at the city's FOP (Fraternal Order of Police) Lodge.

Later in the email, the pastor reported that a parishioner who is a police officer had arranged for firearms instruction at the FOP firing range after the picnic. Fritz asked for volunteers.

"We have spots for about 12 men who have no (or little) experience in shooting," he wrote. "There will be a briefing on safety rules and training/practice to go from low ready to fire position, reload, fire again and return to safe." The goal, the last paragraph of his email explained, was to protect the parish.

"We would like any man who wants to be included in the physical defense of the parish to be present to discuss and go over tactics for possible situations at St. Stanislaus that would require the use of firearms," Fritz wrote. 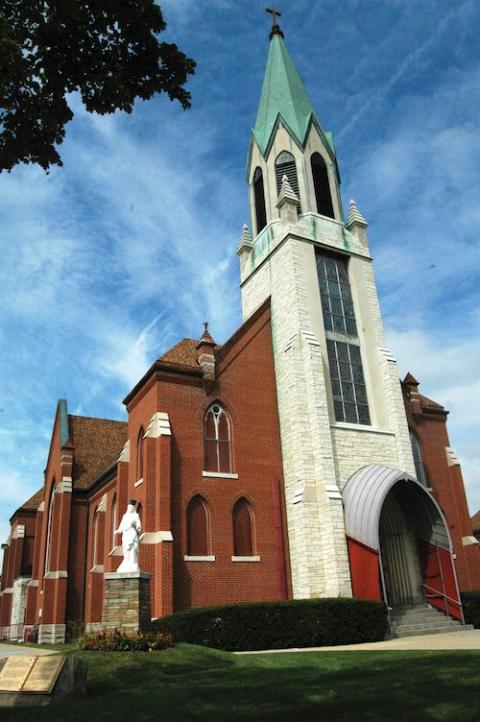 The 225 families from the church, which was constructed in 1899, come not just from South Bend, but from neighboring communities and even from southern Michigan. Since 2015, St. Stanislaus has operated as the home parish for area Catholics committed to worshipping according to the extraordinary form of the Latin rite. In 2015, it became a "personal parish," rather than a "territorial parish." A personal parish is formed to respond to particular pastoral needs rather than, as in the case of a territorial parish, focused on a particular geographic area.

At that time, Bishop Kevin Rhoades of the Diocese of Fort Wayne-South Bend installed Fritz as the new pastor of St. Stanislaus.

In 2015, the parish agreed to provide a 4:30 p.m. Vigil Mass in English for parishioners who had attended there for many years. However, according to the parish website, only Latin Masses are now offered. The parish website identifies it as "An Apostolate of the Priestly Fraternity of St. Peter," a Traditionalist Catholic society of priests and seminarians. Fritz is a member of the fraternity.

The pastor's email about the picnic and firearms instruction was shared by at least one parishioner. It circulated and was then seen and discussed through Facebook.

Several parishioners also declined to comment. One remarked that he wished to protect everyone's privacy, and that the firearms training proposal was strictly parish business.

Last June, within a block of the church, at least 64 shots were exchanged between two vehicles around midnight. One of the bullets went through a stained glass window of the church.

"It just makes me scratch my head," Fritz told South Bend television station WNDU at the time. "It's frustrating in general that this would happen at all — particularly because we just had it redone. We're trying to improve [things]; we're trying to be a positive presence here."

Police officials don't believe that the church was targeted by the shooters, WNDU noted.

The Diocese of Fort Wayne-South Bend offered to NCR a written statement about the issue of parishioners carrying firearms to protect parishes.

In a written response, the diocese stated, "St. Stanislaus parish in South Bend is in the early stages of exploring security needs for the parish, taking into account the prospect that certain situations could include the need for defensive use of firearms. Discussions of this nature are not uncommon in church communities across the country. A law enforcement officer at the parish is offering safety training for parishioners who may legally carry firearms; they are not being trained to provide the armed security of the parish."

The diocesan statement went on to say that while Indiana allows for legal possession of firearms in churches, "Bishop Rhoades expressed his preference that public or professional security personnel provide for public safety on church property if needed, rather than parishioners carrying firearms in churches."

[Catherine M. Odell is a freelance writer, editor and the author of 14 books, including one co-authored with Margaret Savitskas, Angels of the Lord: 365 Reflections on Our Heavenly Guardians (Our Sunday Visitor, 2016).]