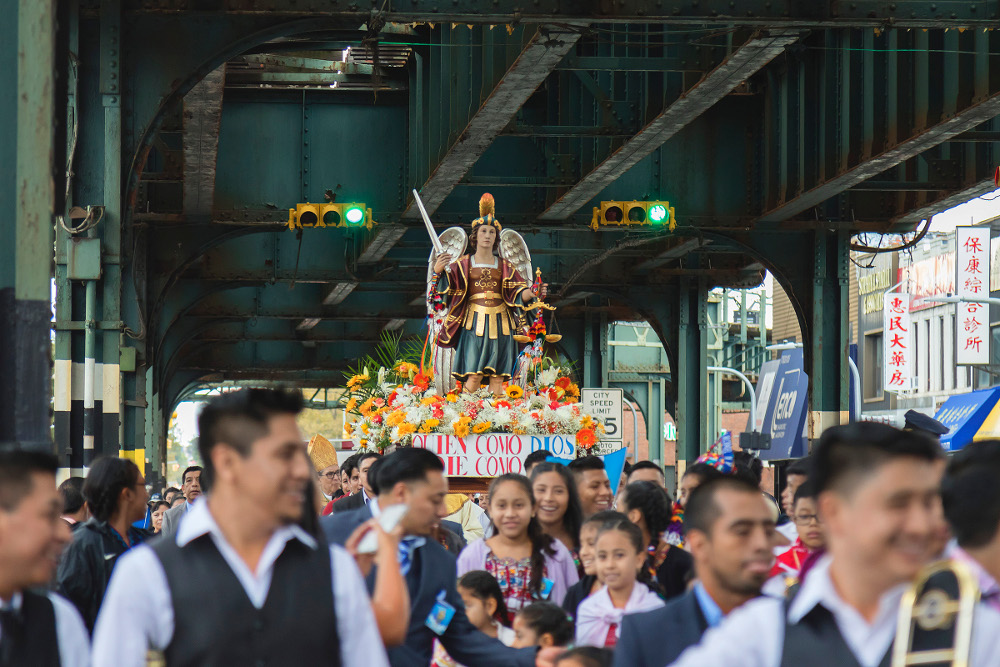 Processions are a common sight in the Bensonhurst section of Brooklyn, which is home to a growing Guatemalan community. The procession for the feast day of St. Michael the Archangel featured a large statue of the saint on Sept. 30, 2017. (Photo by Mario Rosales)

Wearing a colorful huipil, a traditional Guatemalan blouse, the 14-year-old girl stood before the packed church and uttered a few words she had learned for the occasion in the Mayan language K'iche'.

Lesly De Leon, a Guatemalan-American who was born in Brooklyn, had just been crowned queen of the St. Michael the Archangel Society. The pageant at St. Finbar Catholic Church, in the growing "Little Guatemala" section of Brooklyn's Bensonhurst neighborhood, was part of a celebration for the angel that has several roles in Scripture, including a battle against a satanic dragon in the Book of Revelation.

To many Guatemalan immigrants in this neighborhood, St. Michael is also the namesake of a cathedral in their hometown of Totonicapán. Brooklyn's population of residents of Guatemalan origin has more than doubled since 2007 to nearly 11,000 people, according to the Census Bureau's American Community Survey.

Fr. Michael Gelfant, St. Finbar's priest, estimates that more than 400 people attend Spanish-language Sunday Mass, around twice as many as attend the English service, essentially replacing the many Italian families who once filled the pews.

"If it wasn't for the (Spanish congregation), I don't think this church would stand up," said Elisa Bianchi, 75, who has been attending St. Finbar since her 20s.

The shift also represents a larger national trend: According to the Pew Research Center, the share of U.S. Catholics who are Hispanic increased by 5 percentage points since 2007, to 34 percent, and is expected to continue growing, since the figure for Catholic millennials is 46 percent.

Francisco Tzunun Vasquez was among the church's first Guatemalan parishioners. He is now a maintenance worker at St. Finbar and coordinates initiation classes for new Spanish-speaking Catholics. He was part of a prayer group that gathered in private homes and in 1999 asked the church if the group could start holding Mass in Spanish at St. Finbar.

"Before coming to the church, people went everywhere," Vasquez said, referring to the days when fellow Guatemalans attended Mass at different churches in the neighborhood. "Now we have a home."

Being under St. Finbar's roof has made it easier for immigrants to hear about jobs, socialize and support each other in times of crisis.

At the start of President Donald Trump's crackdown on immigrants last year, St. Finbar's leaders told members worried about their status that the church would stand by them.

Alex Batz, a parishioner, remembers the priest telling everyone, "Whatever support you need, come here," and added that those who needed legal help were referred to Catholic Migration Services. 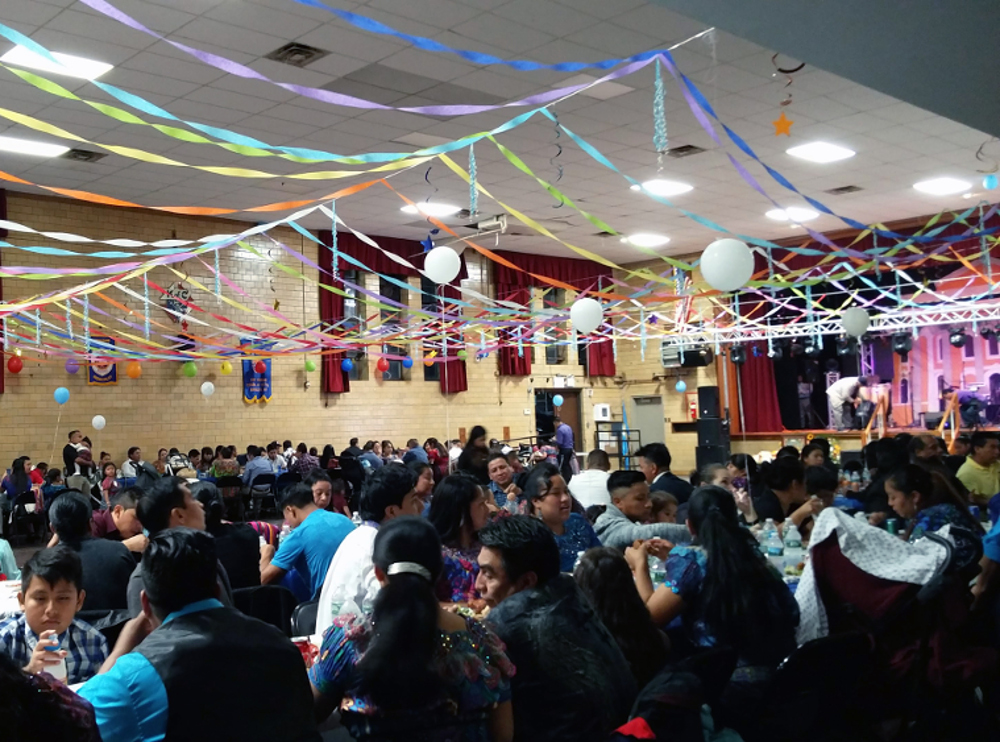 The feast day of St. Michael the Archangel has become a celebration of Guatemalan culture, as much as a religious event, at St. Finbar Catholic Church in Brooklyn, on Sept. 30, 2017. (RNS photo by Katherine Fung)

Another visible change has been the church's restoration. In the last few years, volunteers — the majority of whom were Guatemalan — built a new altar and stairs, reconfigured the pews, removed the tile floors and painstakingly restored the original wood and marble that lay underneath.

The priest said the Italian-American parishioners who remained active in the church appreciated that the newcomers were making the once-struggling church vibrant again.

"The presence of the Spanish-speaking worshippers was really important to us, because that was the life of the parish," Gelfant said, adding that St. Finbar was in danger of closing when he took over as pastor in 2010.

On St. Michael the Archangel's feast day, as kids ran around and played between dance performances and grown-ups feasted on pupusas and coleslaw, Vasquez recalled the early days of his small prayer group.

"Never (did) we think the community would be this big," he said.