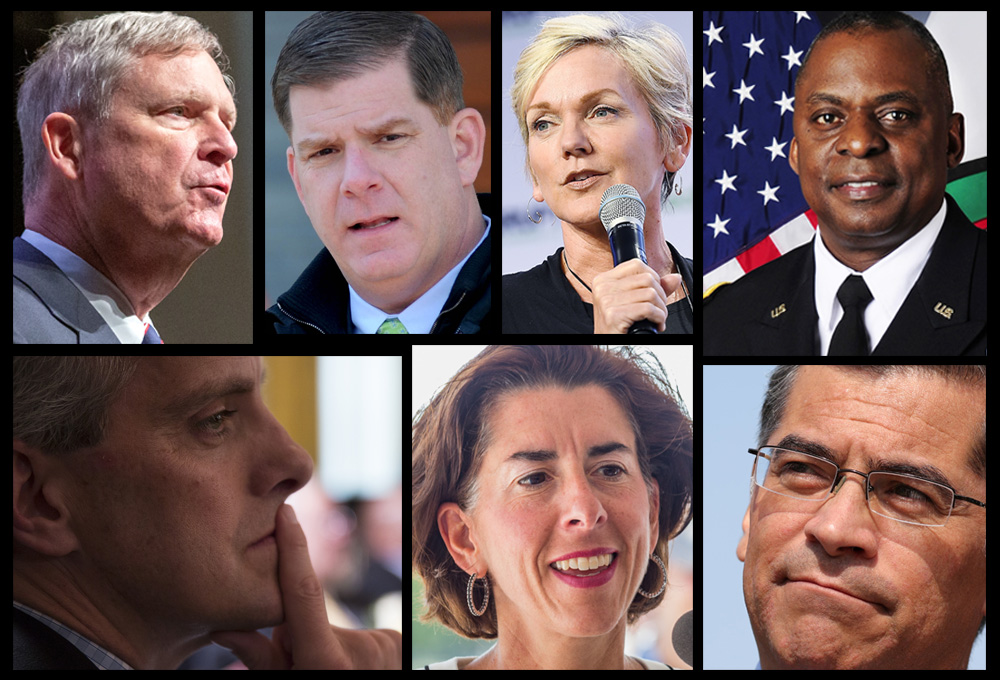 Personnel is policy is an old Washington adage, and if it remains true, then Catholics fretting about how the Biden administration might treat the church may be misguided. More than one-third of Joe Biden's incoming Cabinet are his fellow Catholics.

"There never has been a more Catholic administration in U.S. history," Steven Millies, director of the Bernardin Center at Catholic Theological Union in Chicago, tweeted when Biden first began announcing Cabinet positions in December

As Biden is set to become the second Catholic president in American history, he will be joined by more coreligionists than any other faith group in his Cabinet. While Biden has been adamant that he doesn't proselytize, he has also insisted that people of faith will be taken seriously by his administration.

And, by the look of his Cabinet composition, it's now clear they will also be very much a part of that administration, too. 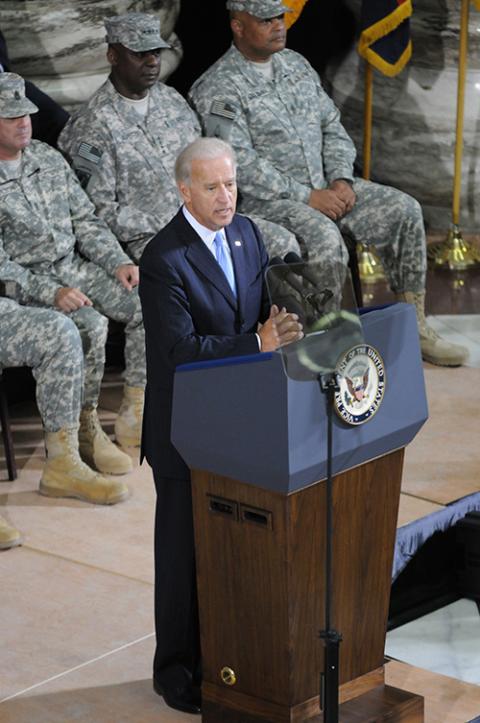 When Gen. Lloyd Austin, Biden's nominee to head the Department of Defense, was overseeing troops in Iraq, one of the soldiers under his command was Biden's son Beau. Austin and Beau Biden would attend Mass together each Sunday, often sitting together. Often described as quiet and unassuming, Austin has also taken the opportunity to speak about his faith to men's groups and has said "my faith has been a strong part of my development over the years."

Denis McDonough, who served as the White House chief of staff from 2013 to 2017 and has been nominated to lead the Department of Veteran Affairs, has two brothers who are Catholic priests. In an interview with NCR in July, he recalled watching Biden pray his rosary beads during the 2011 special operation that resulted in killing Osama bin Laden.

McDonough said that seeing Biden with his rosary beads on that occasion was not a one-off incident.

"The vice president always had his beads or his pocket rosary, and I remember seeing him praying with that on a lot of different times," he said. "It's one of the things that strikes me about the grounded nature of the vice president. He's never far from prayer, which is a sign of an empathetic leader."

Like Biden, Boston Mayor Marty Walsh, who has been tapped to serve as secretary of labor, has a history of being a favorite among the nuns. Similarly to his boss-to-be, he is a regular Massgoer who has said that despite differences on Catholic doctrine on a range of issues, he's still at home in the church and it's an indelible part of his identity.

"The Mayor has long fought for working families, creating jobs and strengthening local communities," Boston Cardinal Sean O'Malley told NCR in an email. Over the years, the two men have had a dynamic working relationship, including feeding the homeless together on Christmas Eve and working together to protect immigrants.

"He will bring a commitment to his new role formed by his own personal experiences and strong interest in enacting public policy that improves people's lives," said O'Malley, adding that Walsh "will remain in our prayers daily."

Xavier Becerra, California's attorney general and Biden's pick to head the Department of Health and Human Services, may prove to be the most controversial Catholic among Biden's Cabinet.

Becerra, who also served as a co-chair for Catholics for Biden during the campaign, has come under fire from pro-life groups who believe he will eliminate conscience protections for health care workers and seek to force Catholic institutions to pay for contraception coverage for their employers.

Yet the head of the Catholic Health Association has said she stands eager to work with Becerra and sees him as an ally in turning many of Pope Francis' priorities into policy, especially when it comes to expanding health care coverage, welcoming migrants, and protecting the environment.

"These are all critical issues that Pope Francis has come out very strongly on, so I'm just delighted to have someone who has articulated and someone who has a track record on advancing those causes," Mercy Sr. Mary Haddad, president of the association, told NCR in December.

In addition to the official Cabinet posts, Biden has nominated former Secretary of State John Kerry to lead his climate team and former U.N. Ambassador Samantha Power to head USAID, which oversees humanitarian aid. Both individuals are Catholic and outspoken admirers of Francis. 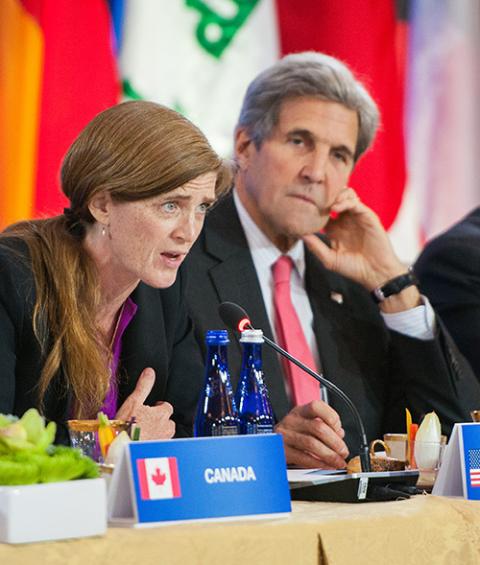 Kerry was instrumental in negotiating the Paris Climate Agreement in 2015 and specifically praised Francis' 2015 environmental encyclical, "Laudato Si', on Care for Our Common Home" as a "powerful" tool in responding to the threat of climate change.

In a recent interview with U.S. Catholic magazine, Power reflected on her faith, saying, "The idea that every individual is equal in the eyes of God or that every person is made in the image of God — that's powerful. It's an underpinning for basic conceptions of human rights, whether civil and political rights or social and economic well-being."

Millies told NCR that an X-ray of Biden's Catholic Cabinet picks should not simply be about "delivering political wins and ticking a list of how many Catholics we have in the Cabinet." He is eager to see how their "Catholicity" shapes their "approach to everything in their lives, more than just what they do on Sunday."

One challenge, Millies predicted, is that for the most part "Catholic Republicans look like Republicans and Catholic Democrats look like Democrats." He noted that neither party captures the fullness of Catholic social teaching and that most Catholics approach political life "through a lens that is at least partially influenced by the secular world and partisan preferences."

This is perhaps no more evident than with the issue of abortion, a perennial flashpoint for Catholic Democrats that often invokes the ire of church leaders and has already created tensions between some U.S. bishops and their approach to the Biden administration.

Just because there is a high number of Catholics in Bidens' Cabinet, Millies said it doesn't mean they will or should "throw their weight around like an interest group." Rather, he hopes they draw on their faith to shape their policies for the sake of the common good.

Historian Kathleen Sprows Cummings told NCR that while there were a few Catholic Cabinet members during the 19th century, they were outliers and "their Catholicism didn't matter to their public life in any discernible way." 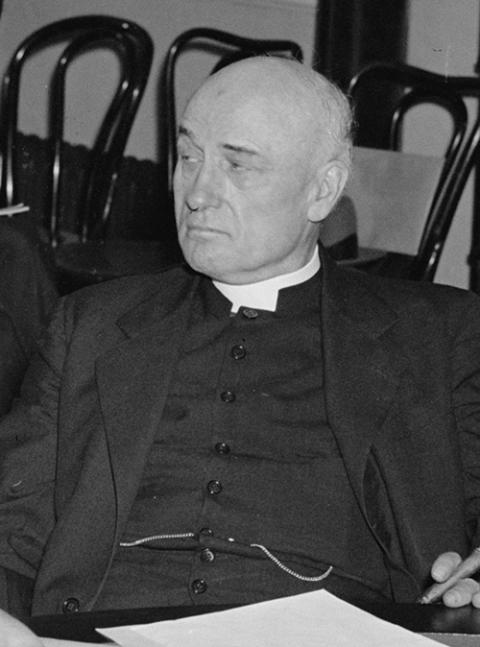 The period between 1919 and the onset of World War II, she noted, marked "a high-water mark of cooperation between Catholics and American government, the likes of which we haven't seen since then."

As Franklin Delano Roosevelt sought to launch the New Deal, individuals such as Msgr. John Ryan, Agnes Regan and Jane Hoey were prominent figures in the federal government "at a time when Catholics in their circles were thinking very consciously about the role their religion should play in public life," Sprows Cummings said.

Ryan, a longtime professor at the Catholic University of America, wrote his dissertation on the living wage and was the architect of the Bishops' Program of Social Reconstruction, which offered a plan for shaping America's political and economic life based on Pope Leo XIII's 1891 social encyclical Rerum Novarum.

"He was nicknamed the 'Right Reverend New Dealer' or 'Monsignor New Deal' and was a trusted adviser to FDR," said Sprows Cummings, director of the Cushwa Center for the Study of American Catholicism at the University of Notre Dame.

Regan was the founder of the National Catholic School of Social Service at the Catholic University of America, and Hoey worked in the newly formed Social Security program as the head of the Bureau of Public Assistance.

Ryan, Regan and Hoey all came on the scene at a time when, according to Sprows Cummings, "the federal government was shaping itself to be much more aligned with Catholic vision of society" and, as public servants, they were "much more conscious in vocation of Catholic principles."

During the era of the New Deal, it was not unusual to hear public servants cite papal encyclicals and draw from the church's social teachings to make their case for building a better society, Sprows Cummings said.

On the campaign trail, Biden has done the same thing — regularly invoking his faith and quoting Francis along the way. His very Catholic Cabinet has a track record of doing the same thing.

"Maybe that's one goal of a Biden presidency," Sprows Cummings surmised, "that Catholics would be more willing to think about what the pope has to say and how that could shape American life."