Will the new working group hinder relationship with the second Catholic president? 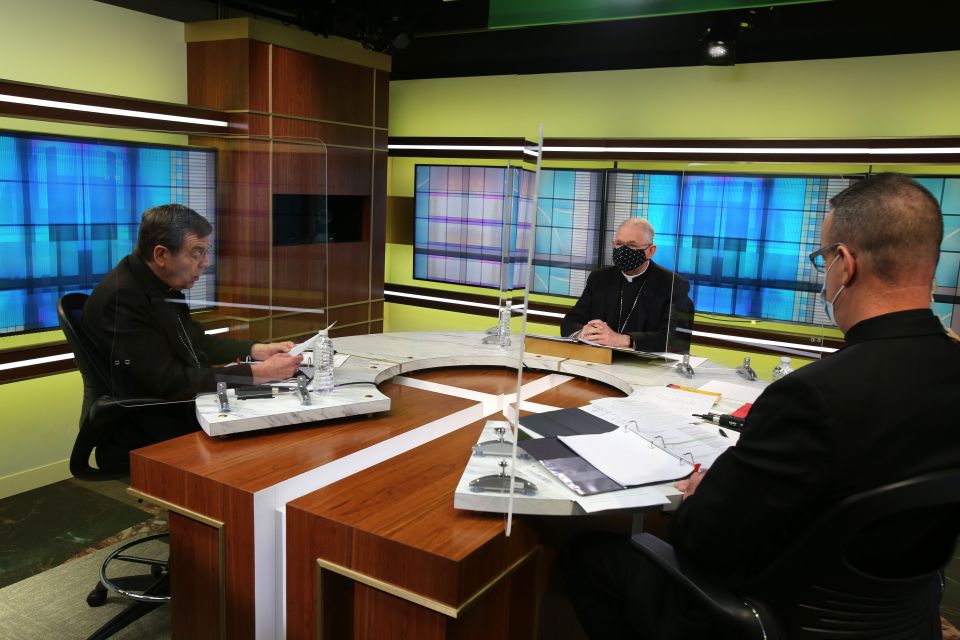 After a relatively uneventful virtual semiannual meeting, the president of the U.S. bishops' conference surprised some of his fellow bishops in the final minutes of their assembly last week with a cliffhanger: Catholic President-elect Joe Biden's stance on abortion causes confusion, said Los Angeles Archbishop José Gomez, as he announced the formation of a working group to examine what this would mean for the bishops' conference.

Biden's support for legal abortion is well known, as is Catholic teaching against it. Some bishops are concerned that, by choosing to focus on the disagreements rather than areas of shared cause, the posture of the bishops' conference toward the second Catholic president in U.S. history could damage possible collaboration on a range of issues where they believe there is common ground.

"There are some voices that urge the conference to move toward a more confrontational stance toward Biden and the new administration," San Diego Bishop Robert McElroy told NCR following the bishops' meeting. "I think that's really contrary to the tradition of our conference and is going to be counterproductive if a move is made in that direction."

"The conference has operated on the principle that the church has no political mission in the public order, but it does have a moral mission in the political order," he continued, "namely to point to the moral dimensions of public policy issues so as to help form the consciences of believers."

McElroy said this framework has worked well during the history of the bishops' conference and sees no need for a course correction.

"It's always been the posture of the church that we will speak with our political leaders in a polite, mutually respectful manner," he told NCR. "We will collaborate on issues in which we can collaborate and let them know where we stand where there are issues of disagreement, but always in a respectful way."

Seitz said he hopes that continues with the Biden administration.

In announcing the new working group, Gomez said further details would be forthcoming, leaving some bishops scratching their heads as to the origin, scope and mandate of the newly formed working group.

"This came as a complete surprise to me," said Bishop John Stowe of Lexington, Kentucky.

Bishop Christopher Coyne of Burlington, Vermont echoed Stowe's sentiments, telling NCR he was "kind of flummoxed" when he heard the announcement.

"It was just read into the public record, saying this is what we're going to do," he said, adding that normally the president of the bishops' conference would announce their plans and then there would be a public discussion on the matter. In addition to the abrupt manner in which the working group was announced, no press conference was scheduled to allow for additional questions. 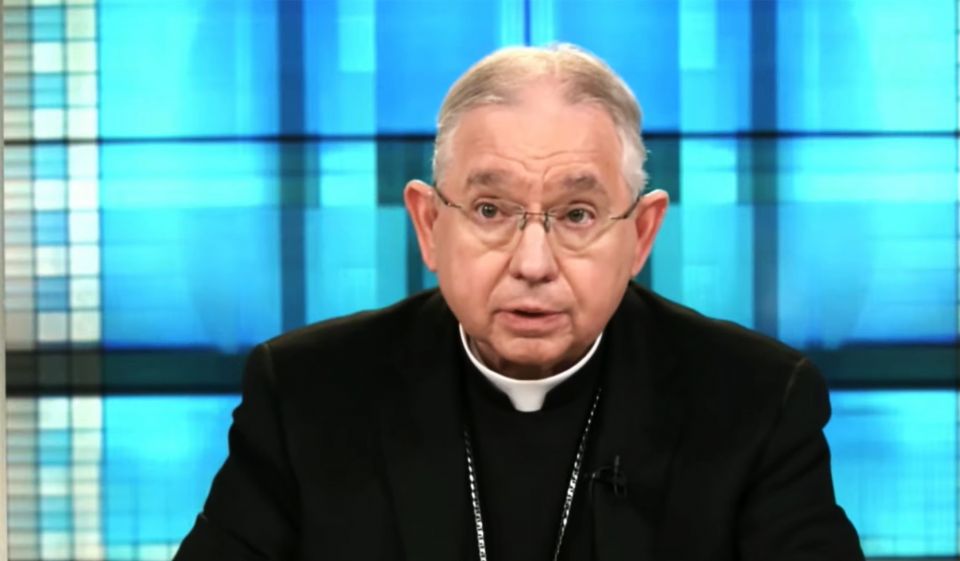 Los Angeles Archbishop Jose Gomez, president of the U.S. Conference of Catholic Bishops, announces Nov. 17 he is forming a committee to look at various policy issues with regard to the incoming administration of President-elect Joe Biden. The archbishop made the announcement at the conference's headquarters in Washington at the end of the last day of the bishops' Nov. 16-17 virtual fall meeting. (CNS screenshot)

Instead, the announcement came in the final two minutes of the public session with Gomez stating that he had made the decision after requests from various committee heads and the unanimous agreement of the four-person executive committee of the bishops' conference, composed of Gomez, Detroit Archbishop Allen Vigneron, who will chair the working group; Archbishop Timothy Broglio of the Military Services; and Gregory Parkes of St. Petersburg, Florida.

Prior to the U.S. bishops' assembly, on Nov. 7, once the presidential contest was called for Biden, Gomez, in his capacity as president of the bishops' conference, issued a statement formally congratulating Biden on his win and expressing a desire to "work together to fulfill the beautiful vision of America's missionaries and founders — one nation under God, where the sanctity of every human life is defended and freedom of conscience and religion are guaranteed."

Coyne described the original statement as "a very measured letter, a wonderful statement," prompting him to ask why there was a need for a new statement and a working group.

"Archbishop Gomez is the president and has the right to do what he's going to do," Coyne said.

But, when it comes to Biden, Coyne is "concerned at times that we're using his Catholic faith as a weapon against him."

While discussion on the working group continued during the bishops' executive session on Tuesday, no official business can be conducted during that time, so according to Coyne, the specifics of how it will function remains "nebulous."

Until greater clarity emerges, Stowe hopes that "with a Catholic president, we would start with common ground," he told NCR.

"I think we should welcome the return of normalcy to government, the respect for structures, and respect for democracy," he said. "That should be a positive ground to begin."

"Biden has said he wants to be a president for the whole of the United States, and I'm sure he wants to have a good relationship with the leadership of his own faith tradition," Stowe added.

McElroy also said that there should be fertile ground for practical collaboration on issues where Catholic social teaching aligns with the Biden agenda.

Seitz also said he believes the church has a lot to offer the new administration when it comes to migration.

"We understand the issue, and we have relationships on both sides of the border and every political border because the church transcends those," he said. "We have a teaching that is in sync with what this nation has understood, at its best moments, that we're all part of a human family."

McElroy also said he hopes the church serves as "proud collaborators" with the Biden administration on reengaging the world on climate change, "addressing the searing questions of racial justice and division which have been so exacerbated in the last four years," and working to provide economic relief for those affected by COVID-19 and ensuring that there is an equitable distribution of vaccine when they become available.

Both McElroy and Stowe noted that there will be likely conflict, especially when it comes to the issues of abortion and elements of religious liberty, but they said that areas of disagreement shouldn't mean that the bishops' conference and the Biden administration can't cooperate on areas where they do find agreement.

"The conference needs to be frank and forthright in its sharp disagreement with the president-elect's position and where the administration seems likely to go," said McElroy on questions related to abortion. "It should have a public presence on those questions, it should engage and mobilize with great strength and power on those issues."

"If we can't agree on the legality of abortion, I think we've got to be working to make abortions less in number," Stowe added.

"We need to focus on increasing the support systems for women, having the right safety net structures in place, prenatal care, maternity care and maternity leave expansion," he said. "We have to look for a new type of politics that is not a winner-takes-all."

"That should be the tenor and the framework that the conference undertakes at this moment," said McElroy.

People | Some bishops seek common ground, not confrontation, with Biden