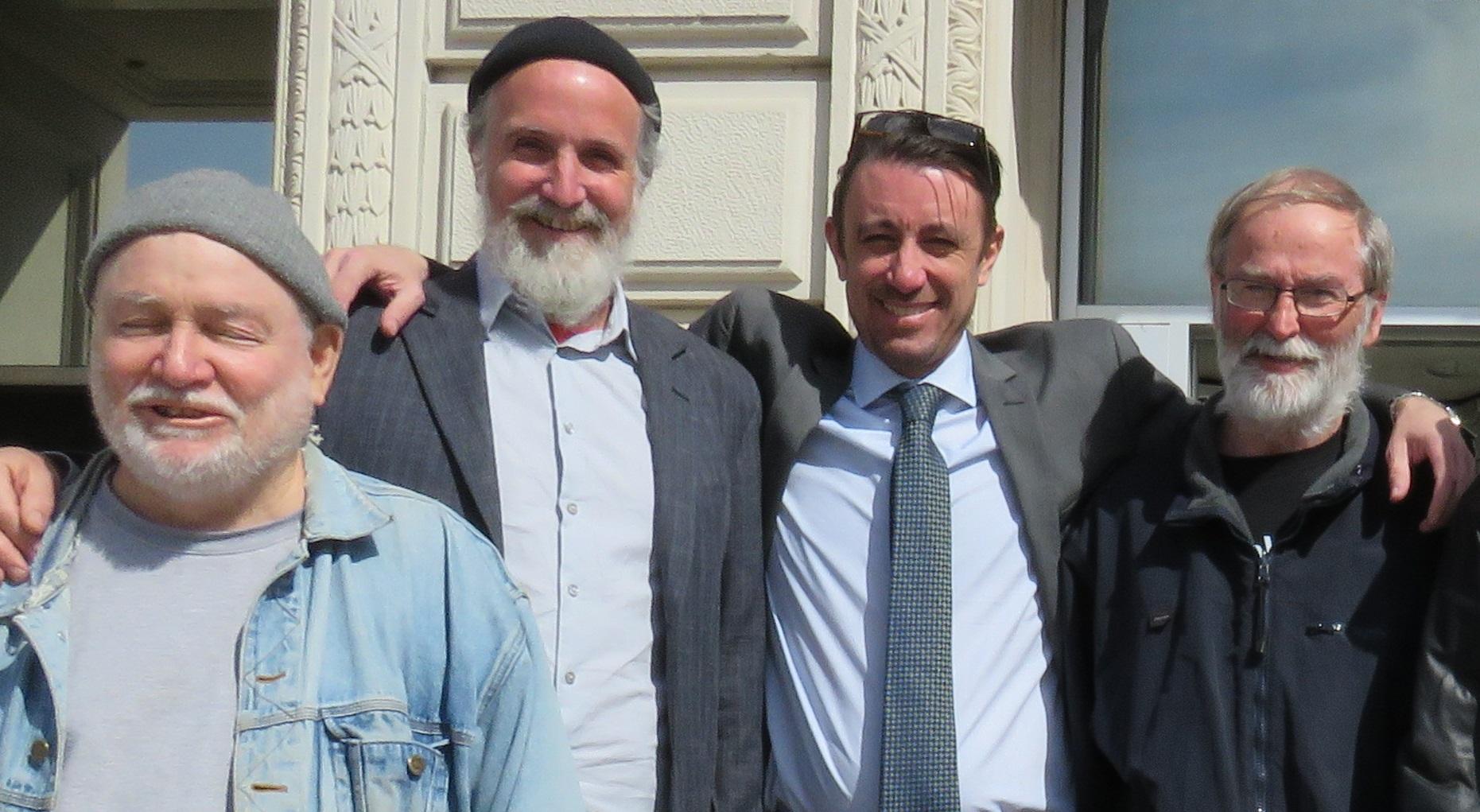 A trial of three Catholic Workers who blocked the entrance to a drone command center resulted in a mistrial due to a hung jury.

Polk District County Judge Gronewald declared the mistrial April 17 after the jury informed the court they had been deadlocked five to one three times during five hours of deliberation after the two-day trial of Ed Bloomer, Greg Boertje-Obed and Brian Hynes.

Bloomer, a Des Moines Catholic Worker and Veterans for Peace member; Boertje-Obed, a Plowshares activist and member of Hildegard House Catholic Worker in Duluth, Minnesota; and Hynes, a Catholic Worker and urban farmer from New York City; had been charged with misdemeanor trespass after they blocked the entrance to the Iowa National Guard Armed Drone Command Center in Des Moines Dec. 28, 2017.

Des Moines Catholic Worker and Veterans for Peace Member Al Burney was also arrested for blocking the gate, but paid a fine instead of going to jury trial after pleading guilty.

"Going to trial for peacemakers is an opportunity to extend the witness that got them arrested and charged in the first place," said Des Moines Catholic Worker Frank Cordaro in an email update sent to a Catholic Worker list serve.

The action came at the end of Dec. 27-28, 2017, Faith and Resistance Retreat in honor of the Feast of the Holy Innocents, which commemorates the young children who were ordered killed by King Herod in his attempt to destroy the infant Jesus.

The three defendants and other retreat participants had compared Herod's action to the United States' use of drones with banners that read "Herod Killed the Infants (Matthew 2:16) Des Moines Drone Command Kills Them Too!" and "Celebrate Christmas … Shut Down DM's Armed Drone Command!"

"This is the message they wanted to continue in their jury trial," Cordaro wrote.

Cordaro had encouraged supporters of the three men to attend the trial and a "meet and greet" April 15 to get to know the defendants.

He said Gronewald's decision to declare a mistrial was surprising and "a hopeful sign that, if given a chance to hear the truths of our peace message, a lone citizen on a six-person jury can make a difference."

According to Cordaro, the county attorney's office will decide whether or not to retry the case.