by Peter Feuerherd
Justice
Parish
This article appears in the The Field Hospital feature series. View the full series. 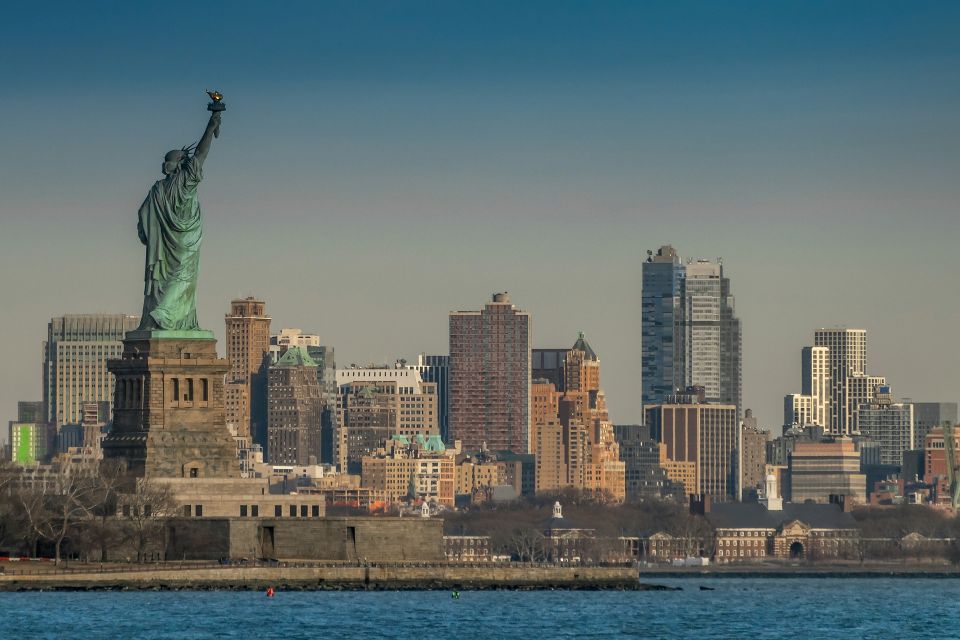 New York — The interfaith ministry begins its April 13 meeting at the Dunkin' Donuts on Broadway, across from the massive Federal Plaza in lower Manhattan. It is a place to rendezvous, as five women get ready for a trip to immigration court.

They are all well-established American citizens, with no obvious business amidst the labyrinth of the immigration law machinery administered across the street. And that's the reason why they should be there, said Carol Silverman, one of the five, representing an Upper West Side synagogue.

"Every citizen of the U.S. should be forced to come down here," she said. "Most of the public doesn't understand the depths of it." Her own grandparents came from Poland and Russia. She said they didn't encounter the obstacles today's immigrants do. If they were physically healthy, they were whisked through the front door. More often than not, today that door is blocked.

Representing the New Sanctuary Coalition, an immigration rights' organization, the five come here to witness what is happening. They have been to other hearings. Sometimes they watch as an immigrant, brought into court in orange jumpsuit and shackles, offers a greeting to his children, even when the guards discourage it.

Federal Plaza is ground zero where Trump immigration policy meets up with New York's image as a sanctuary city, a historic haven for immigrants, host for the Statue of Liberty. Much of the time, if the cases get this far, federal policy trumps any nostalgic notion of this city as a sanctuary.

That doesn't mean the five women will quit.

"There's a toll on us and we can't do anything about it," said Silverman. Their purpose in going to court is a simple one: to be a witness. They are there to buck up immigrants who, in some cases, are completely alone in a foreign country that wants them out.

Today's case involves a man they know only as William. He's an immigrant from Latin America, who has been in the U.S. for more than four decades. He worked, he told NCR, in airport security and is a 60-year-old retiree.

After a trip to Mexico to visit relatives, he encountered problems with immigration at the border (the details he doesn't go into). He is in court today to get a future hearing date. He is here with a woman friend, and greets the New Sanctuary supporters with a hug and a smile. The women wear pins with little hearts with William's name emblazoned on them. He wears an American flag lapel.

Linda Chavez, an organizer for the five women witnesses, told NCR — while waiting for William's hearing in a crowded hallway filled with lawyers and immigrant families from Latin America, Africa, the Caribbean and China — that she is animated to do this by her Catholic faith.

Chavez, a member of the immigration support group at St. Francis Xavier Parish in Manhattan, has taken up these duties as a nearly fulltime job. Today she is at Federal Plaza, next week she will be out in Queens or at the detention facility in Elizabeth, New Jersey. On Tuesday nights, she volunteers at a New Sanctuary Coalition legal support clinic at NYU Law School.

Her Jesuit parish has been supportive. It hosts regular meetings of the New Sanctuary Coalition. About 100 parishioners are on the immigration support group's list. They help out by offering legal assistance and writing letters of support for immigrants ensnared in court proceedings. Others do the accompaniment on court hearings.

Chavez helps with her knowledge of Spanish. Raised in the border town of Brownsville, Texas, she learned the language from her Mexican abuela. She is a former director of religious education in the Diocese of Austin, and has lived in San Francisco and now in New York. Her earrings are a tribute to Mexican artist Frida Kahlo.

This work is closely connected to her past experience in religious education, she said.

"I was less interested in what people know in their heads than what they know in their hearts," she said. Chavez said the call to total involvement in this work came to her the night before the 2016 election, when she felt something she finds hard to explain.

"God was saying you are awake now," she recalled. She thrust herself headlong into immigration work. Much of it has been the kind of accompaniment she is doing on this day. The aim is to be upbeat and positive. This is no place for righteous anger. The group's first priority is to first do no harm. It's hard to gauge, she said, but there are times when the very presence of an outside supportive group can influence a judge presiding over an immigration case.

She grew up on the border with Mexico when that was a far more fluid situation than it is today. Yes, she acknowledged, not every immigrant who makes it to court has a pristine record. But she is undeterred.

"Your history doesn't matter to us. As Christians, do we believe in redemption or not? Some have been to prison for what they did. They paid the price and suffered the consequences. Now they are being picked up for that thing they did 20 years ago." As a Christian, she said, she sees no borders that should divide people.

Sometimes accompaniment groups wait all day. But this time it's only for a few hours.

* There's a piece of paper filled with information displayed in front of the parties, including the judge, defense and prosecutor.

But they will not be getting into the particulars right now. There's going to be time needed by all the parties to study the case. A hearing date is set in seven months. Immigration justice often grinds slowly.

William offers more hugs to his group of supporters. In Spanish, he comments on the elevator that it's good to have such a nice spring day, after a long New York winter. He is a free man, for now, able to revel in the sunshine.

His accompaniment team express contentment with some befuddlement at the outcome (the legal discussions perplex them). They are happy to see that, for now, William can walk freely. Next week they will be back for another case, assuring another immigrant that these American friends will not allow him to face the power of the federal government totally alone.

* This story has been corrected to show that New Sanctuary Coalition does not provide lawyers.