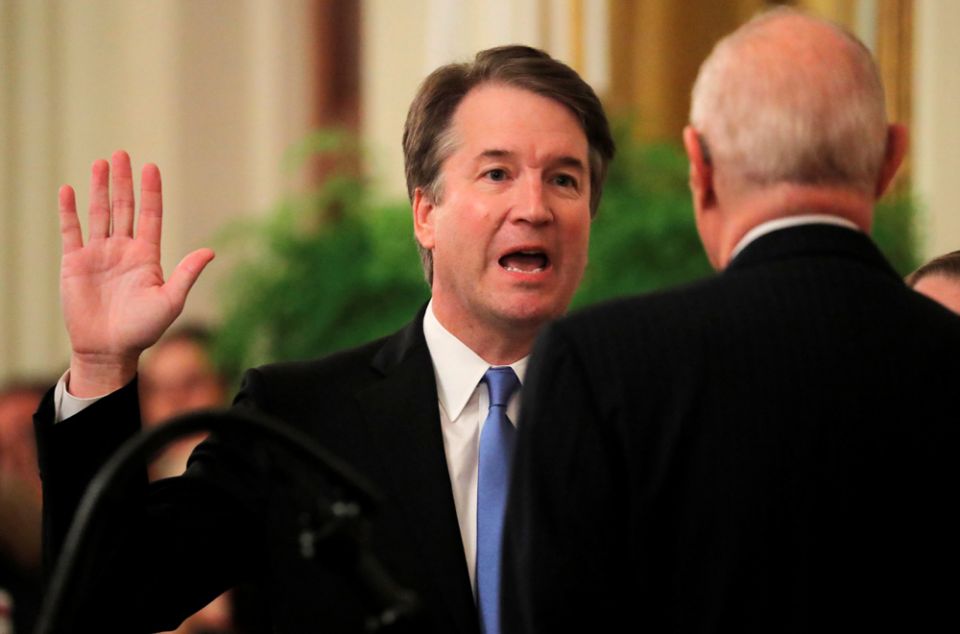 A 5-year-old girl was forced to go to court and waive her rights.

A 2-year-old girl was taken into immigration court in New York and asked questions by a judge to determine her case. She had no idea what was going on. Around 13,000 children are in federal custody right now. This is after it was determined that children should no longer be separated from their parents. Certainly, this is a right-to-life issue.

Related: Systemic racism is pro-life issue, and Catholics must step up

What about the senseless mass shootings that occur in our country each year? These days, we refer to them simply by their location: Columbine, Newtown, Orlando, Parkland, Las Vegas and so many others. We send our thoughts and prayers to the victims and their families. Yet we refuse to make changes that could keep our children safe. We say that nothing can be done. Is there a right-to-life issue involved?

Maybe we should talk about climate change. Storms are becoming more severe and resulting in loss of life. A Louisiana town is sinking, and residents are asking to be moved to a more secure location.

Native community in Louisiana relocates as land washes away

Pope Francis has written an encyclical, "Laudato Si', On Care of Our Common Home," on the subject and sees it as a major priority. He clearly sees climate change as a right to life issue.

Finally, health care needs to be mentioned. For years U.S. Catholic bishops saw health care as a right for all people. Now, this administration is putting in jeopardy protection for preexisting conditions. The administration is encouraging the use of insurance plans that offer few benefits or have huge deductibles that will not provide real protection for many. They also resist Medicaid expansion at the state level that could give coverage to thousands of people in poverty. I believe this also has to be considered a right-to-life issue.

Many more issues could be cited. I believe the focus on abortion has made too many Catholics and Catholic leaders myopic. What happens in our world and in our country matters. When all energies are focused on one issue, we essentially isolate ourselves from the world we live in. A world that we are obligated to make better. How we treat the least among us makes a difference.

Not just our Christianity but our humanity is at stake. What the United States decides to do about the case of Washington Post reporter Jamal Khashoggi is important.

How humane are we if we do nothing because Khashoggi is not an American citizen? Do we accept the argument that rogue killers may be responsible?

Our humanity also demands a response to how we are treating little children coming across our border. The suffering and mistreatment of these children cries out for the need to demonstrate our humanity.

Pope Francis said, early in his papacy, that we had to focus on other issues besides abortion. Concerns for the poor and climate change are among the issues he felt needed to command our attention. My prayer for Catholics and Catholic leaders would be for them to open their eyes. A lot is wrong with what is going on in our country today. We can see injustice everywhere, and it is being fostered by much of what this administration is doing or not doing. For me, the idea of celebrating the elevation to the Supreme Court of Brett Kavanaugh is shortsighted, in light of everything going on in our world.