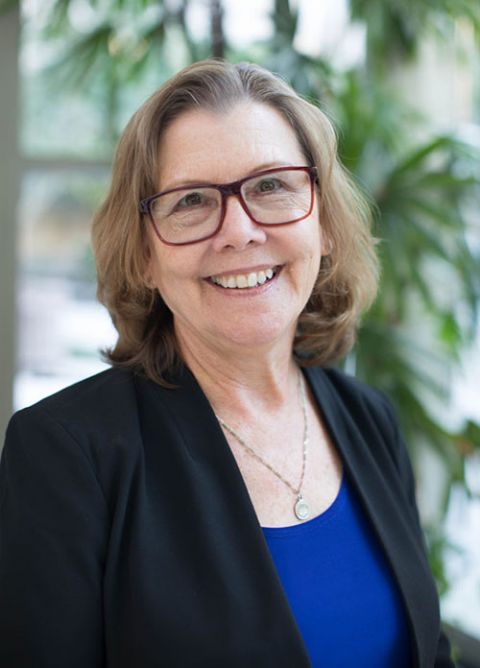 Campbell, who has attracted national attention for the organization's Nuns on the Bus movement, announced her retirement in October after 16 years as the head of Network. Novak will take over as executive director April 1.

Although not a religious sister herself, Novak has worked with and among religious sisters for several decades as the founding board chair of Catholic Mobilizing Network, which is part of the Congregation of St. Joseph Mission Network. Novak is also an associate of the congregation.

More recently, she worked as associate director of mission integration and as an adjunct professor of law at Georgetown University Law Center and as a spiritual director at the St. Luke Institute in Silver Spring, Maryland. In her practice of law, Novak has worked on death penalty appeals and specialized in peacebuilding and post-conflict resolution.

"Over these past 50 years, and most recently with Sr. Simone at the helm, NETWORK has been able to bring people together around a shared vision for the common good. As the next leader of this phenomenal organization, it is an honor to be called to build on that rock solid legacy," Novak said in a statement.

Network was founded in 1971 by a national organization of religious sisters who voted to set up operations in the nation's capital to push for federal legislation on issues such as environmental protection, poverty relief, and opposition to the Vietnam War. Since then, Network served as a critical force behind the passage of the Affordable Care Act in 2010.

The organization was particularly active during the 2020 presidential campaign. Although it had avoided endorsing particular candidates in past elections, last year Network mounted a campaign specifically targeting President Donald Trump for not being consistent with Catholic values.

"I step into this work acutely aware of the intense polarization plaguing our society, our culture, and our politics, and following a very painful year of collective trauma we are only just beginning to name," Novak's statement continued. "I believe the Catholic Social Teaching that undergirds all of NETWORK's engagement can be a unifying and universal source of inspiration for the moral imagination we need to promote justice, healing, and the common good."

A number of leading religious sisters in the United States praised Novak's appointment.

"With a clear commitment to the Gospel message, a compassionate concern for Gospel justice, and a clarion conviction to the principles of Catholic Social Teaching, Mary Novak comes to the ministry of Executive Director of NETWORK ready to serve, witness, and lead," St. Joseph Sr. Carol Zinn, executive director of the Leadership Conference of Women Religious, said in a statement.

St. Joseph Sr. Helen Prejean, founder of Ministry Against the Death Penalty, said, "Mary is the living embodiment of 'faith that does justice.' "

Novak will work closely with Campbell, the longtime public face of the organization, during the transition. Campbell praised her as "the perfect choice to lead NETWORK in the next step to ensure the well-being of those most marginalized people among us."

"This is the mandate as we build this nation anew," Campbell said in a statement. "I could not be more proud of what NETWORK has accomplished, and I am excited to join the entire NETWORK membership in the work ahead."

Mercy sister: We can make things better with the spirit of Catholic social teaching