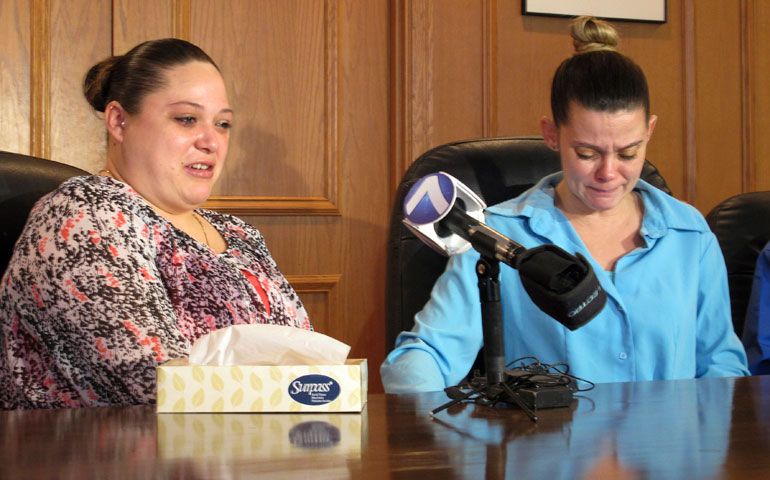 Jan. 17 dawned dull and gray. Strewn at curbside were the last of Christmas trees destined to be mulched; the cheerful lights they used to wear were packed away and the church was inviting us to settle into Ordinary Time.

There was nothing ordinary in a headline in that morning's news: "Ohio killer's execution takes almost 25 minutes," it reported about the previous day's events.

News accounts described the long, agonizing expiration of Dennis McGuire, the condemned man who'd been given a new combination of lethal drugs. His attorney, Allen Bohnert, said the people of Ohio should be appalled by what was done in their name. McGuire's daughter, a witness to the execution, was horrified at her father's protracted suffering.

There was no mention of McGuire's execution at morning Eucharist in my parish church, but memories of what I'd read earlier on the Internet infused my prayers and strengthened my resolve to encourage my companions to intensify efforts to end the use of capital punishment. A dozen of these companions form the Cherish Life Circle, which meets regularly to explore new ways to promote this goal and to provide services for families of murder victims.

Of particular concern for us is David Paul Hammer, who was sentenced to death in 1998 for taking the life of a cellmate. David is in the Special Confinement Unit of the federal penitentiary in Terre Haute, Ind. Converted to Catholicism in 2000, he received the sacraments from Archbishop Daniel Buechlein of Indianapolis and, since then, has evidence of a stunning growth in faith and concern for others. He is known internationally for his artistic contributions to Christmas cards sold to raise money to help children in need, many of whom have suffered the deprivation and abuse that characterized his own childhood.

I have served as his spiritual guide, in concert with Providence Sr. Rita Clare Gerardot, who visits David biweekly. Members of the Cherish Life Circle correspond with David and hold him in their hearts. In a few months, David will face a new trial that will either enforce his death sentence or give him life without parole.

The Gospel read the day that reported Ohio's botched execution was from Mark 2:1-12. It described creativity in sync with our urgency to save David from being executed. It told of a few men intent on bringing a helpless paralytic to Jesus in the hope that he would heal him. Denied ordinary access, they made a hole in the roof above the room where Jesus was speaking and lowered the man to where Jesus could tend to him.