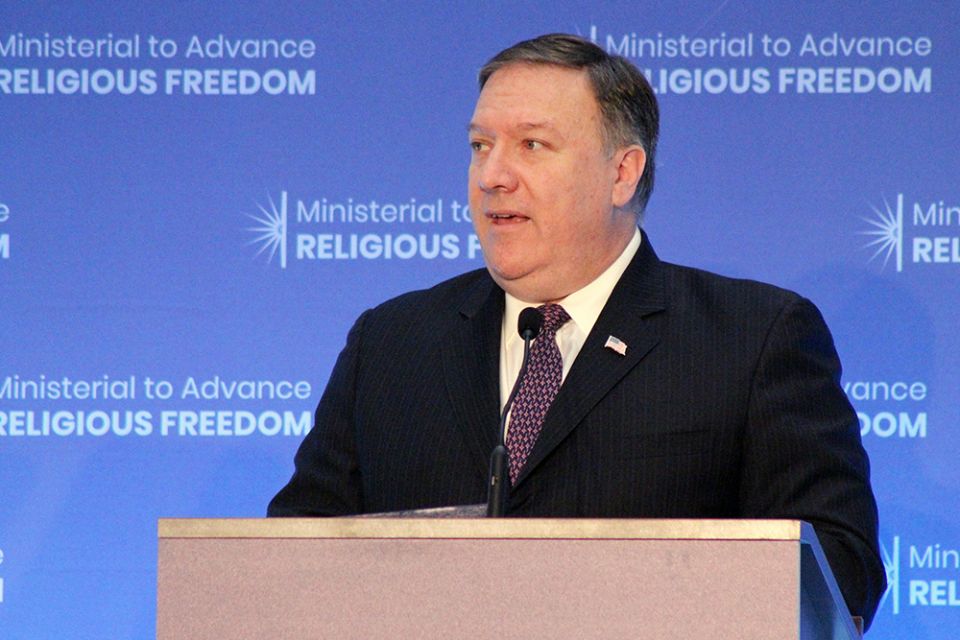 Secretary of State Mike Pompeo addresses the Ministerial to Advance Religious Freedom at the State Department in Washington on July 26, 2018. (RNS/Adelle M. Banks)

Scores of religious and civil rights organizations have asked U.S. Secretary of State Mike Pompeo to request an evaluation by a U.N. expert of the scope of racism in the country.

“While we appreciate the U.S.’s stated commitment to fighting racism, we believe that commitment ought to manifest itself in tangible actions rather than only words,” reads the letter released Thursday (March 21) by the National Council of Churches.

“We are deeply concerned by credible reports indicating a frightening resurgence in white supremacy, which has led to a rise in racism and hate crimes against racial, ethnic, and religious minority communities both in the US and abroad as evidenced by the recent horrific and unspeakable mass murder in New Zealand.”

The letter says that the U.S. is 16 months late in submitting its periodic report to the U.N. Committee on the Elimination of Racial Discrimination, which requires that member countries who have agreed to a 1969 treaty submit regular reports on legal and administrative measures they are taking to end discrimination based on race.

A Trump administration representative told the U.N. in November that the country is committed "to fighting racism, racial discrimination, xenophobia and related intolerance."

The last investigation of the U.S. by a special rapporteur on racism occurred in 2008 during the George W. Bush administration. That expert, Doudou Diène, noted "decisive progress in the political and legal combat against racism" in his report.

"However," he added, "the historical, cultural and human depth of racism still permeates all dimensions of life of American society." 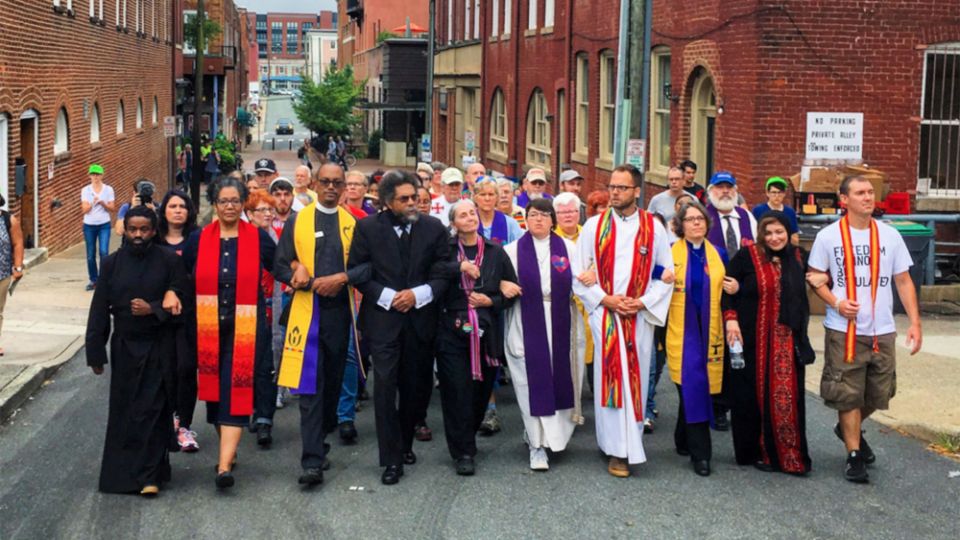 Clergy and faith leaders march to counterprotest the Unite the Right rally in Charlottesville, Va., on Aug. 12, 2017. (RNS/Jordy Yager)

The letter from religious and civil rights leaders was released on the United Nations' International Day for the Elimination of Racial Discrimination. The groups note that the letter provides Pompeo and them "an opportunity for us to work together during this Quad-Centennial of the arrival of African peoples from Angola to the USA in 1619."

The more than 80 signatories include religious organizations such as the Christian Methodist Episcopal Church; the Evangelical Lutheran Church in America; the Conference of Major Superiors of Men, a Catholic organization; and the Union for Reform Judaism. Civil rights organizations include the American Civil Liberties Union, the NAACP and Human Rights Watch.

They cite research by the Southern Poverty Law Center that found that hate groups have increased 30 percent over the past four years and grew 7 percent from 2017 to 2018.

"We are equally concerned about the rise of misogyny, homophobia, transphobia and anti-immigrant sentiments which have continued to escalate across the United States since the last U.S. presidential election," the groups add.

The letter signers request that E. Tendayi Achiume, the U.N.'s special rapporteur on contemporary racism and other forms of intolerance, meet with officials and affected communities to assess racism and other types of bigotry and make recommendations to address them.

A State Department spokesperson could not confirm receipt of the letter Thursday but said, "All correspondence to the Department is reviewed and responded to appropriately."

March for Our Lives heralds God's presence on our streets