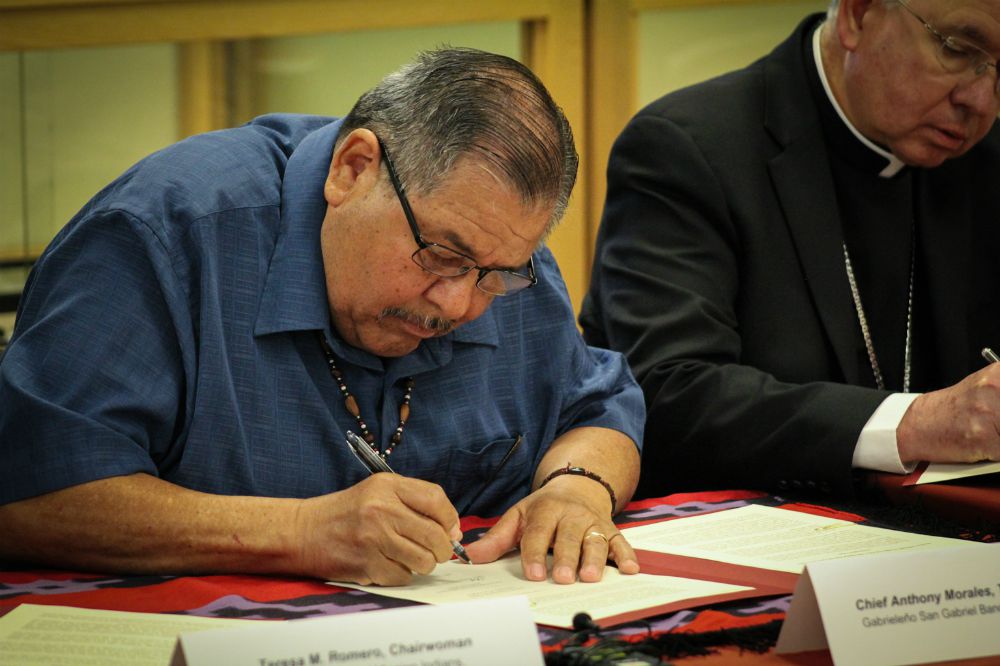 After about 12 years of discussions, Los Angeles Archbishop José Gomez signed 17 new protocols in March that serve as guidelines for churches and their institutions to welcome and include Native Americans of California.

"We honor the rich contributions that the 'first peoples' of the land have made to the Catholic Church from the beginning — here in Los Angeles and throughout the Americas," Gomez said in a press release.

The protocols include a range of topics, including the prohibition of using Native American burial sites as construction sites, allowing events that involve the formal participation of Native Americans to use a traditional blessing with a sacred herb, and specifically stating that Native Americans are not to be invited to events "merely for purposes of demonstration or cultural expression but for appropriate, full and active participation."

Los Angeles Auxiliary Bishop Edward Clark said the idea came after restructuring and budget cuts in the Los Angeles Archdiocese in the early 2000s, part of which impacted the Office of Ethnic Ministries. The cuts caused worry among Native Americans that their demographic would lose its voice in the church.

Instead, the archdiocese hoped to create a list of protocols to insure that wouldn't happen — but that idea took another 12 years to finalize.

"We came up with five, or six or seven [protocols]," Clark said. From there, some advisors in the Native American community suggested several other guidelines.

The archdiocese, Clark said, aimed to educate people in the church, clergy and other groups to respect the Native American traditions and their concerns, while Native American tribes hoped to use the opportunity to specifically point out areas the church could improve.

Together, leaders from the archdiocese and Native American tribes created a list of 17 protocols — something Rudy Ortega Jr. tribal president at Ferñandeno Tataviam Band of Mission Indians, said is a "good step towards a better relationship."

The lengthy rollout was a measured approach by both groups. Representatives of each side said they took the time to be completely thorough in their promises and to improve the archdiocese and Native American tribes' relationships with each other.

"We wanted to be sure that we're building a better relationship for tomorrow's generations," Ortega said. "We didn't want to repeat the past."

To ensure change, Clark said there were long discussions and constant communication.

"When we even made one change to the wording, we would send it back to this committee of elders," Clark said. "It was a back-and-forth process."

But the process wasn't without its own set of road bumps and challenges. 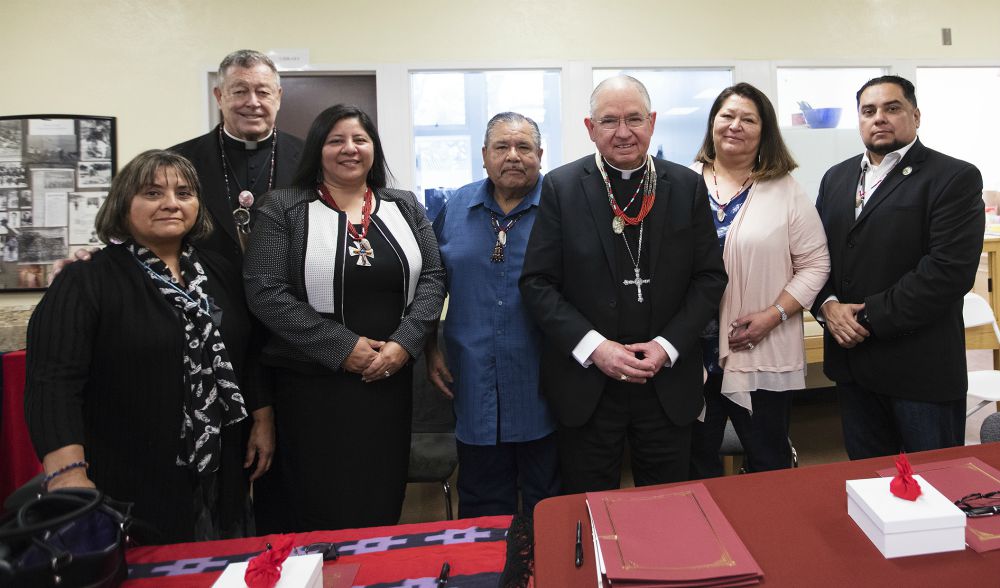 In 2015, Pope Francis announced the canonization of Fr. Juní​​pero Serra in recognition of his work as "the evangelizer of the West in the United States" — something many people, especially Native Americans, were outwardly against.

In 1769, Serra founded nine missions located from the Mexican-U.S. border to just north of San Francisco. One of the functions of these missions was to "assimilate the native people by making them into productive citizens of the empire," Robert Senkewicz, a historian, told The Atlantic. Twice the church has apologized for the treatment and punishment of Native Americans by Catholics, as well as the spread of disease to tribes by Westerners.

When the canonization of Serra was announced, though, Native American tribes began to question how sincere the church was when working with them.

"We're very conscious of the whole situation with Serra," Clark said. "I think they had a concern that the church was making promises once again that wouldn't be followed through. So we had to spend some time building a sense of trust among them."

The guidelines were close to being finished at the time, but both parties decided to hold off on issuing them in order to build trust among the groups and, Clark said, to make sure it wasn't seen as just a response to Serra's canonization but something that had been worked on for many years.

Even so, the canonization leaves some members of the Native American community worried and distrustful.

"It doesn't change everybody's opinion," Ortega said. "There are folks that have doubts that these promises will be upheld by the church."

Ortega said it was still important for both Native Americans and the archdiocese to work past what happened in 2015, though.

"I felt that today, if we're going to build better communities, we need to better understand one another," Ortega said. "Mistakes are bound to happen and occur, but if we don't have dialogue and conversation about them, then there's no way to improve it."

One step is a better understanding of the ties between Native Americans and the history in California. Clark said the third and fourth grade curriculum in Los Angeles Catholic schools is being rewritten, and eighth and 11th graders are going to get new sections about Native American history.

"So that they don't get this sugary, unhistorical understanding of the missions and of the Natives but that they hear the real history," Clark said. "They have long said, 'Why aren't people telling our story.' And we said we will."

But there's a lot of information that wasn't recorded and is unknown about the church's history and its relationship with Native American tribes.

For example, Clark said the church is paying for a study about the church's position and involvement in a state-funded genocide against Native Americans. According to the LA Times, in the 1850s, the California state government paid up to $5 bounties for Native American people's body parts.

Clark acknowledges there is a long way to go before there is complete trust and healing from the past but that every step forward is important.

"Just following through with what we've promised and showing respect at every occasion," he said, "is going to be the best way of healing."