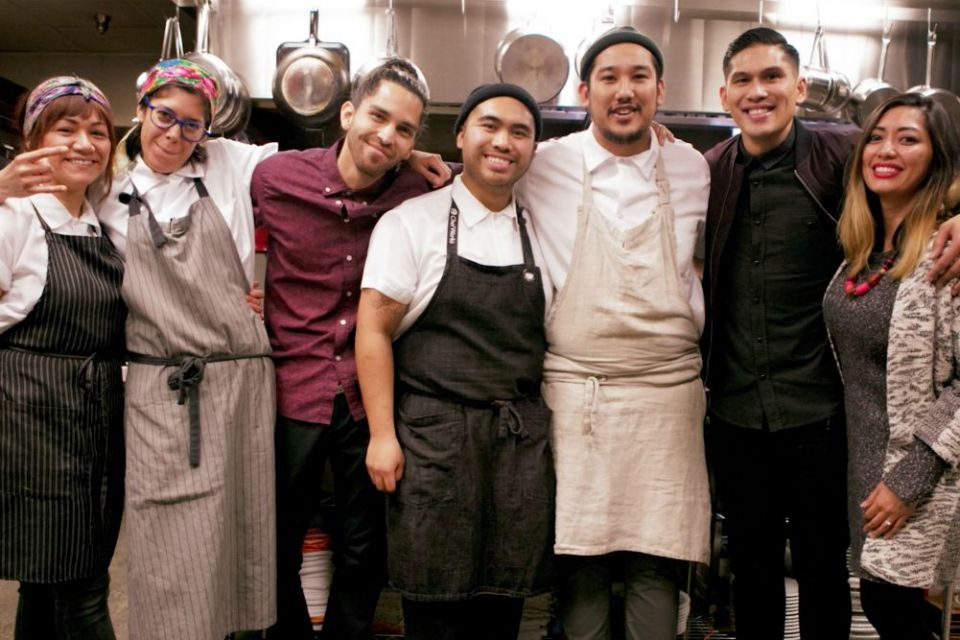 If there's that one dish that represents Filipino cuisine, it has to be adobo. For Filipinos, the term refers to the indigenous cooking technique of marinating and braising a protein — usually pork or chicken, or both — in kaong palm vinegar or sugarcane vinegar. Slow cooking mellows the vinegar's sour-tartness into a flavor base that elevates the richness of the meat, and the acidity serves as a preservative in the tropical heat of the Philippines. 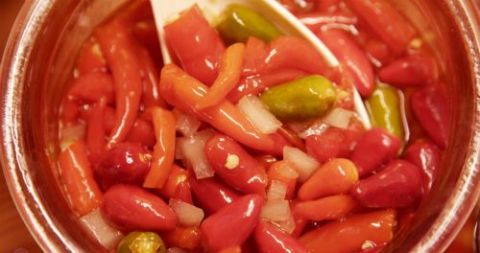 Early trade with the Chinese introduced soy sauce to the dish, balancing its flavor profile with a dash of saltiness. And from the Manila-Acapulco Galleon trade of the Spanish colonial period, bay leaf made its way into the recipe for an aromatic finishing touch. Because it reminded them of adobar, meaning "to marinate," a common practice in Iberian cooking, the Spanish settlers baptized the dish adobo.

A unique intercultural evolution distinguishes Filipino cuisine as the only Latin-Asian national cuisine in the world; literally, it is enculturation on a plate … or to be precise, on banana leaves.

Alexandra Cuerdo's exuberant documentary feature "Ulam: Main Dish" opens with a bowl of glistening chicken adobo. The camera pulls out to reveal that it is about to join an assemblage of scrumptious Filipino dishes topped onto fluffy steamed rice, laid out on a long table spread of banana leaves. Partaking from the table of plenty with their bare hands, the multiracial guests who have gathered are relishing the exquisite food experience of "Babette's Feast," Filipino kamayan (by hand) style. 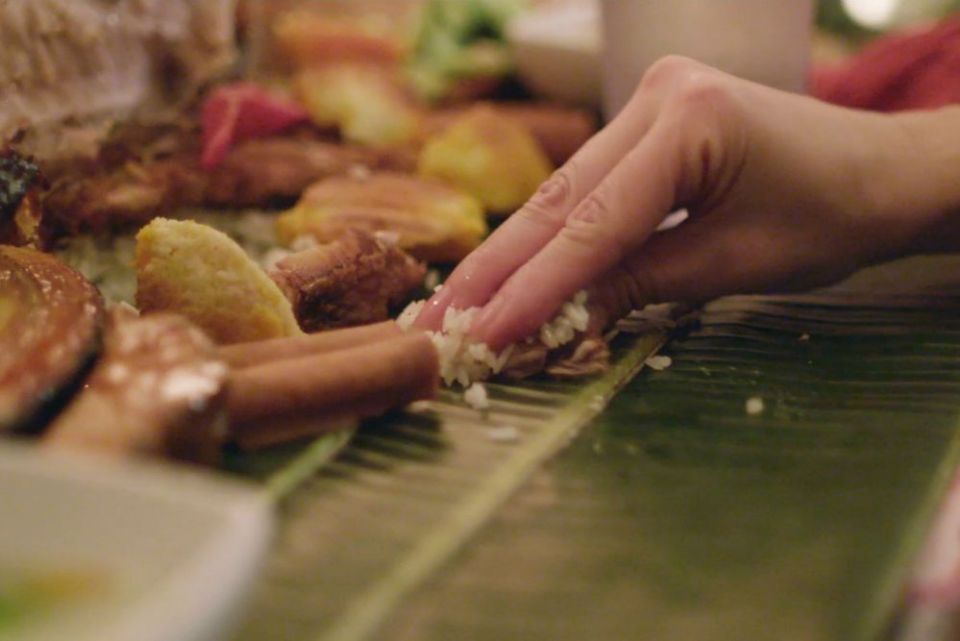 Of late, Filipino cuisine has been enjoying positive exposure across media platforms in the United States and in Europe, over and above bragging rights for clinching the imprimatur of noted food critics Tom Parker Bowles (Esquire UK), Tim Carman (The Washington Post), Claudia McNeilly (Vogue), the late Jonathan Gold (Los Angeles Times), and the late television food documentarian Anthony Bourdain ("No Reservations"). Filipino food has arrived. But this documentary asks the question that has been simmering in the minds of Filipinos, both in the archipelago and in the diaspora — why only now, when Thai, Vietnamese and Singaporean foods took off years ago? Thoughtfully, Cuerdo grapples with this through the larger lens of the quest for cultural identity.

In intercutting shots, she interviews key figures from the Filipino-American restaurant scene to piece together from divergent jigsaw pieces what could be a clarifying culinary narrative. The featured subjects — from pioneers Amy Besa and Romy Dorotan of Brooklyn's Purple Yam, to second generation luminaries Nicole Ponseca and Alvin Cailan, among others — are intriguing personalities with storied lives to share. But too many talking heads and narrative threads, coupled with impatient camerawork and editing, make for a messy and unwieldy first half. Frenetic pacing prevents the luscious food shots from truly shining. And the musical score, relentless as elevator music, is distracting. Thankfully, "Ulam: Main Dish" gradually finds its footing when it brings to sharper focus Cailan's and Ponseca's narratives.

The Los Angeles-born Cailan, who started out as a dishwasher for a Catholic retreat house, came up with a food truck concept specializing in egg-based fare. Irreverently calling it "Eggslut," the successful pop-up expanded to a few other L.A. spots. His latest venture is Amboy (a diminutive for a young U.S.-born Filipino; from a contraction of "American Boy"), a pop-up in New York City that's set to become a full-service restaurant this summer. The menu will be a play on his own culinary journey, integrating various influences with Filipino classic dishes and ingredients. As a Filipino-American myself, I was delighted to see Cailan serving his take on familiar dishes complete with sawsawan, or dipping sauces, such as crab fat-calamansi (citrus) sauce and chicken liver sauce.

The eloquent Ponseca, who moved to New York City from San Diego, has been for years a woman with a mission — to put Filipino food on the global culinary map. Frustrated with the persistent state of invisibility of Filipino food culture, she crossed paths with Dominican chef Miguel Trinidad, who convinced her to take a chance and finally pursue her dream. Trinidad flew to the Philippines for an extended immersive experience, sharing kitchens with both home cooks and professional chefs, and bringing to bear what he learned to Maharlika, the restaurant he and Ponseca opened in Manhattan.

Describing their culinary offerings as "Filipino Moderno," Trinidad introduces creative twists to traditional Filipino recipes, with the intention of showcasing the authenticity of the dishes in a fresh way, and "not dumbing it down."

"Not dumbing it down," in fact, sums up what Cailan and Ponseca consider as their yellow brick road to Filipino culinary culture. This means going against the tide of self-defeating "micro-aggression" that shames Filipino cuisine into obscurity just because it is perceived to be too aberrant, unworthy of the mainstream Western palate. Thusly, we see Cailan unapologetically serving pork sisig, a rich sizzling plate of chopped pork face parts. And in a charming scene, Ponseca demonstrates how the dreaded street food balut, boiled duck egg with a half-formed embryo, is served proudly in her restaurant; in chorus, staff and customers echo the vendor's call that rings out in Manila's streets — "baluuuuuut!" 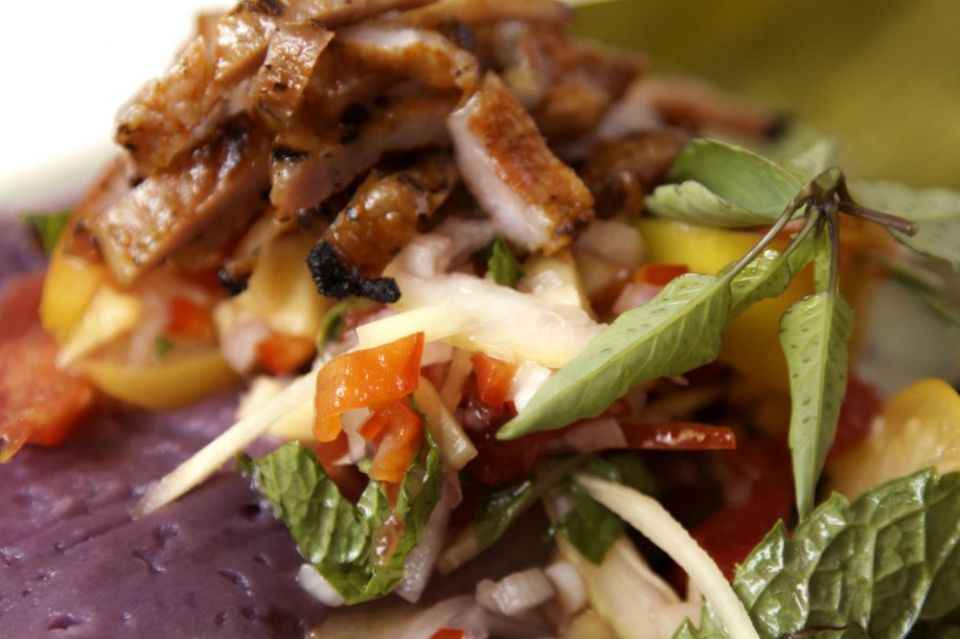 "The Philippines serves 'The Happier Meal,' " she asserts in an interview with Spot.ph. This augurs well for the success of Cailan, Ponseca and other Filipino-American chefs and restaurateurs in their passionate resolve to serve Filipino food as ulam, the main dish, to gratify today's global foodies.

They have, in all likelihood, also succeeded in offering generous servings of happiness. So has the film.

This story appeared in the May 31-June 13, 2019 print issue under the headline: 'Ulam:Main Dish' celebrates Filipino cuisine .

Authors say church got it wrong by emphasizing crucifixion

Making the world safe for conversation

Journalist digs into the 1912 lynching in her family history