Thomas Aquinas and Karl Rahner didn't write in English. Those studying theology today should be given the same leeway.

It's a favorite expression of Arturo Chávez, president of the Mexican American Catholic College (MACC) in San Antonio, the only institution to meet the bilingual education needs of Latino Catholics in the United States when it was founded in 1972 as the Mexican American Cultural Center. In 2008, it became a Catholic college.

The Center for Applied Research in the Apostolate (CARA) at Georgetown University recently released a study of lay ministry education programs around the country that found an upsurge of interest among Latino Catholics, who hunger to get involved in lay leadership positions in the church yet often don't have the requisite degrees and training.

The goal for MACC has remained the same throughout its 45-year history, although now the sheer numbers of Latinos in the U.S. make the task even more urgent.

The college trains Latino seminarians and laypeople in church ministry in both Spanish and English. It is the only such program in the U.S. In its lay pastoral ministry program, 140 students in degree-based programs, along with 500 in continuing education, are enrolled. They study in both English and Spanish, with the goal being that they will be comfortable communicating in both languages.

The CARA study noted that 70 percent of students in certificate programs in lay ministry are Latino. That is evidence of widespread enthusiasm for church ministry training among Latinos, but that energy is underrepresented in degree programs, where Latinos make up only 13 percent of students.

The reason, Chávez noted in an October interview with NCR while attending a conference of religious congregations here, is that many Latinos are on the low rung of the social ladder and have no experience of college. The academic credentials elude them. That is the niche that the Mexican American Catholic College tries to fill. It is a tall order.

"We really have to find a pathway for Spanish-speaking people to access higher education," he said. 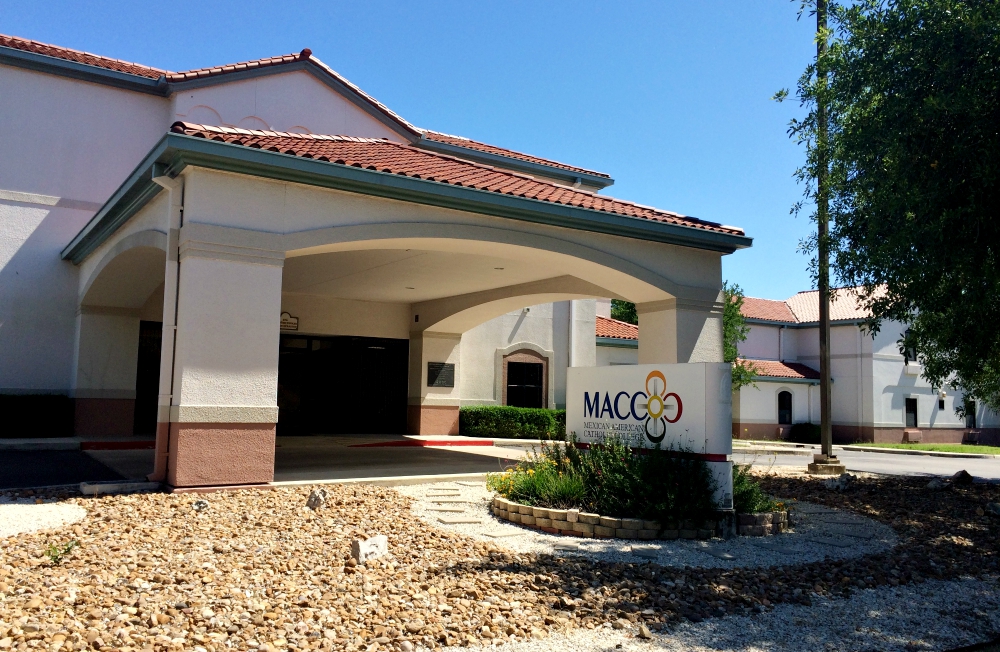 Chávez noted a glaring statistic: Even while the vast majority of Latinos identify as Catholic, the majority of seminarians of Latino background in the U.S. are studying at Protestant institutions.

The Mexican American Catholic College took advantage of a Texas law that grants academic credentials to Bible colleges and other religious institutions. Students work online, with the support of dioceses in places like San Bernardino, California, and Lexington, Kentucky, and on campus. The goal is bilingual, trained and inspired lay church leaders.

The barriers to academic training go beyond language. Costs are always a concern, and the college offers generous financial aid. Chávez sees a potential in models such as dioceses paying for education in return for a three-year service commitment.

The closeness of Latino families often has a flip side; younger people are culturally conditioned not to leave their communities, making going away to college a rare experience.

Spanish language remains an appeal at the Mexican American Catholic College. Theology speaks to the language of the heart, said Chávez. Studying theology in Spanish opens up a world of theology from Spain and Latin America that few North American students regularly access. Hoping for a cultural homogenization among Latinos is a losing strategy in the long term, he said. 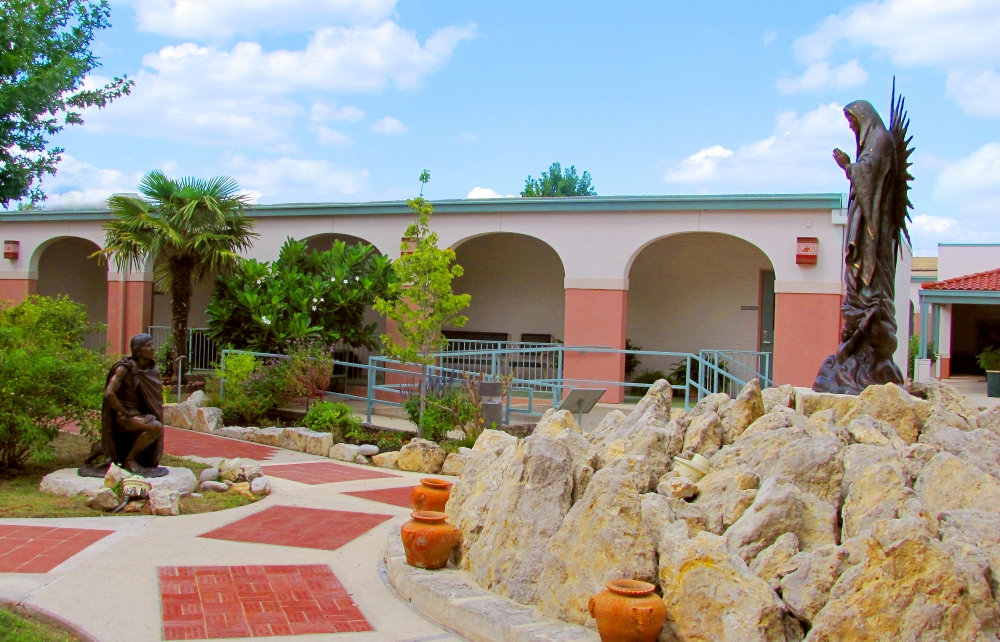 A shrine to Our Lady of Guadalupe is seen on the campus of the Mexican American Catholic College in San Antonio. (Courtesy of MACC)

"The future of the church in the United States is determined by whether Latinos will stay Catholic," Chávez said.

Today, the majority of young Catholics in the U.S. are of Latino background. Keeping them in the fold is no small challenge. But, said Chávez, Catholicism remains in the DNA of immigrant and second-generation Latinos.

That hold is reflected in his own story. His mother came to the U.S. from Mexico, while his father is a Mexican-American who grew up in Texas and served in the Korean War.

Now 56, Chávez grew up on the cusp of a new consciousness among Latino Catholics, who in Texas at the time were largely referred to as Chicanos. As a young man, he attended a church conference where he introduced himself as Arthur Chavez.

Bishop Ricardo Ramírez of Las Cruces, New Mexico, asked him, "Who were you before you were Arthur?"

At the time, Chávez was miffed, but he never forgot that cultural challenge. He is now Arturo.

Chávez entered the seminary, left priesthood training, and married, yet always retained an interest in theology and academia. He earned a doctorate in religion and social change at the University of Denver and has been president of MACC since 2007, after many years teaching at the San Antonio institution. Chávez began there as a student.

There is reason to be optimistic about the future, said Chávez. One fear of church leaders was that immigrant Latinos would, upon absorption in the wider population, become more Protestant and secular. That is a process some scholars see as slower to develop than expected.

More access to lay ministry training will keep that Catholic DNA among Latinos alive, said Chávez, even if that sometimes is a difficult sell for church leaders more inclined to prioritize priesthood and diaconate training in a time of stretched budgets.

"When are we going to truly invest in lay ministry education?" he asked. "The vocations are out there. There are many people who feel the call to ministry. It's a vocation."