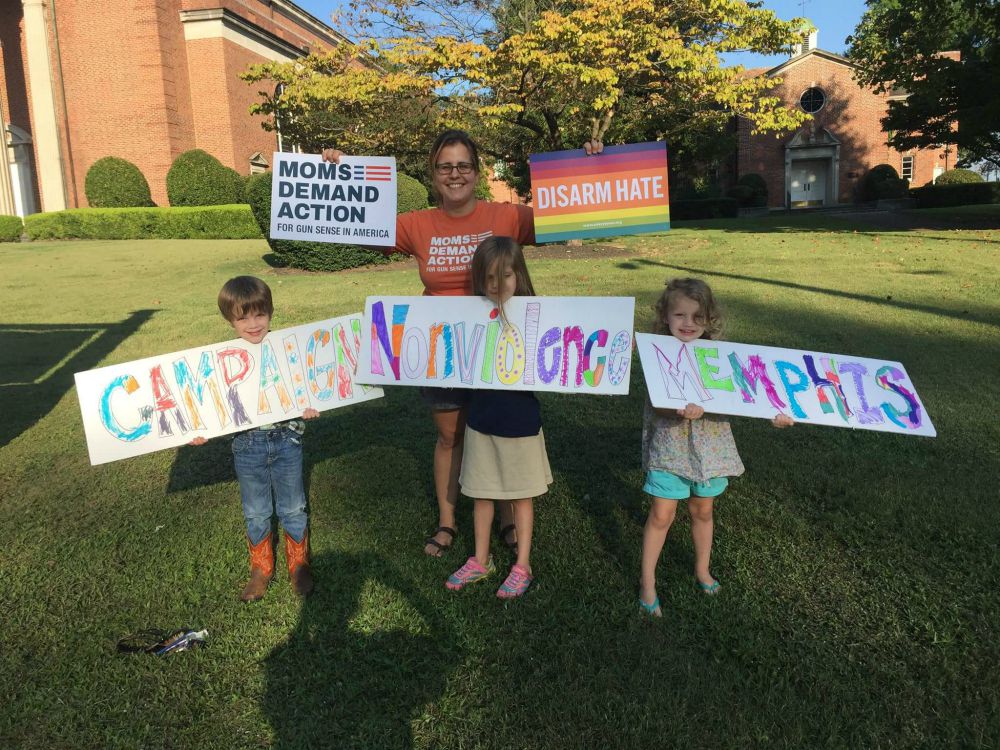 UNITED STATES — Pace e Bene, an organization founded by Franciscan Friars and devoted to promoting justice, peace and well-being through non-violent action, announced Sept. 24 that its fourth annual Campaign Nonviolence Week of Actions concluded with a total of  more than 1,600 actions, including marches, prayers, vigils, peace picnics, seminars and plays.

According to its website, Campaign Nonviolence is "a long-term grassroots movement for a culture of peace and nonviolence free from war, poverty, racism, environmental destruction and the epidemic of violence."

The Week of Action was organized around the International Day of Peace with the goal of encouraging at least 1,000 non-violent actions. Actions took place in all 50 states and 16 other countries, including Afghanistan, Iraq, Kenya and Nigeria.

Highlights included the launching of a Nonviolent Cities Project in Cincinnati, Ohio, weeks of non-violent actions in Wilmington, Delaware, and Little Rock, Arkansas, and an interfaith peace gathering and event at the Civil Rights Museum in Memphis, Tennessee. 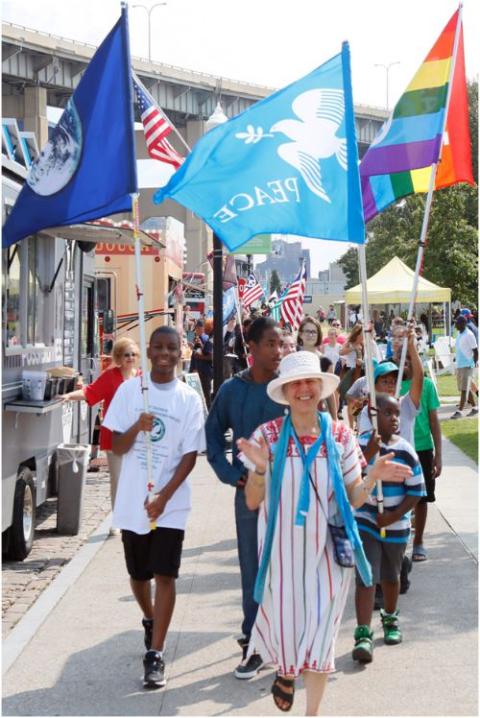 At least 102 people were arrested during the week of non-violent direct actions, which included performances, speeches and daily blockades which disrupted preparations for the arms fair enough to push the set-up schedule back for days, the Nuclear Resistor reported Sept. 21.

Themed days included "Free Movement for People Not Weapons!" and "No Faith in War Day" which included meditation, a Quaker meeting, readings from the Torah, music, speakers, a picnic and a Pax Christi-sponsored liturgy.

The protests culminated in a flash mob die-in on Sept. 11 accompanied by a soundtrack of gunshots, explosions and the "cha-ching" of a cash register as the arms dealers entered to prepare for the fair's Sept. 12 opening, but continued throughout the fair, leading to several more arrests.

In Richmond, 19 activists, including landowners, physicians and faith leaders were arrested after engaging in a peaceful sit-in which blocked the entrance of the office for an hour. Protestors called on Gov. Terry McAuliffe to deny water permits to the pipelines which they oppose on the basis that they will exacerbate climate change, destroy mountain ridgetops, threaten property rights and harm drinking water.

According to a Sept. 19 press release from Greenpeace, over 100 activists also gathered the following weekend for a three-day "No Pipelines" training camp where they learned tactics for non-violent direct action as well as safety and rescue techniques.

North Carolina's governor has already delayed its decision to issue a Clean Water Act permit to the Atlantic Coast Pipeline, originally scheduled for Sept. 18, after public outcry, including protests and prayer vigils by local clergy outside Department of Environmental Quality offices. Meanwhile, the West Virginia Department of Environmental Protection rescinded the water quality certification for the Mountain Valley Pipeline.