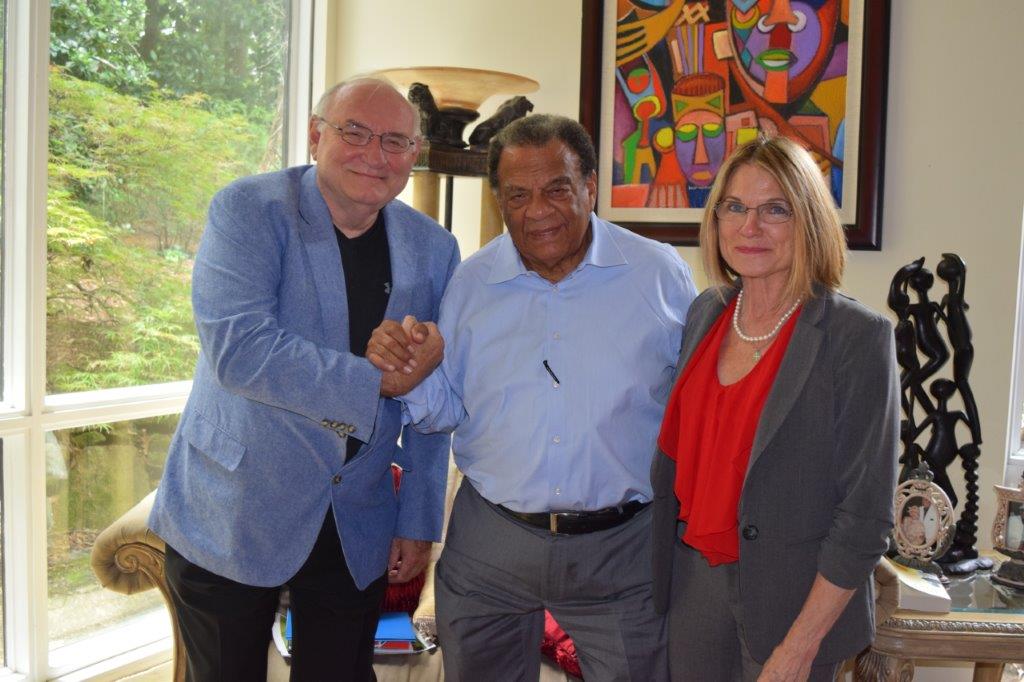 Memphis, Tenn. —Monica Juma, an organizer in Memphis, Tennessee, recently discovered that she was shot with a BB-gun during a peace vigil she held for the Campaign Nonviolence Week of Actions Sept. 22.

Juma wrote in a reflection posted to Pace e Bene's Campaign Nonviolence website Oct. 12 that she started bleeding and noticed a hole in her arm while standing at busy corner for the second annual "Nonviolent Witness." She assumed she had been hit by a rock until a week and a half later when an x-ray confirmed she had a BB in her arm.

"I grieve at the violence in our society that provokes such a response, and believe this shows the importance of nonviolent action," wrote Juma. "If it was intentional, I pray for and send love to that person."

Juma also said she was grateful she was hit rather than her 80-year-old friends who were standing next to her.

Des Moines, Iowa — As part of the settlement for a lawsuit they filed against the World Food Prize and the state of Iowa alleging their right to free speech was violated, a group of protesters was allowed to demonstrate 100 yards closer to the World Food Prize events at the state capitol, in full view of all entering the building.

The protestors said in an Oct. 16 press release that five activists also disrupted the first event of the World Food Prize by chanting and unfurling a banner that read "Corporate Charities do not equal Food Justice" in front of a stage where four former and one current U.S. Secretaries of Agriculture were standing. They were escorted out of the building by security but not arrested. 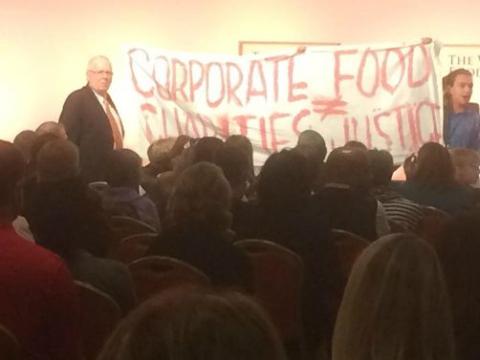 The activists object to this year's World Food Prize winner, Nigerian Akinwumi Ayodeji Adesina, president of the African Development Bank, because of his support of industrial farming methods that they believe will make Africans dependent on GMOs, harm the environment and reduce seed diversity, wrote Sharon Donovan, one of the protesters who filed the free speech lawsuit.

According to the Prophetic Resistance Project website, the summit will be a strategy session that will help faith leaders prepare to "organize their congregations, communities faith networks and federations" during 2018-2021 to "dismantle white supremacy and structural racism in America."

Young is known for his work with Martin Luther King, Jr. and is also a former ambassador to the United Nations, U.S. Congressman, mayor of Atlanta and pastor. The Wholistic Peace Institute has recommended him for the 2018 Nobel Peace Prize.

United States — In an Oct. 12 letter, 751 Catholic leaders including representatives from Pax Christi, NETWORK social justice lobby and many religious orders urged President Donald Trump to use nonviolent methods such as dialogue and diplomacy when dealing with North Korea.

The letter writers pointed to the Iran deal as "an important example of successful diplomacy and conflict transformation" and urged Trump to protect the deal and use similar methods with North Korea.

Trump announced Oct. 13 that he will not recertify the Iran deal.