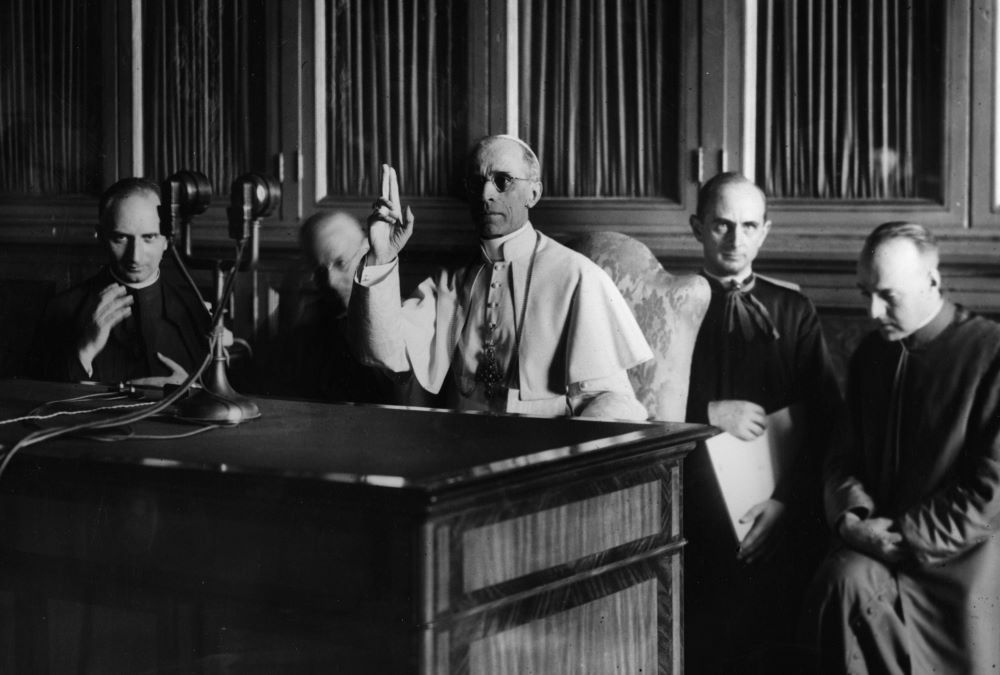 New research from the Vatican archives appears to show evidence of previously unknown backchannel negotiations between Pope Pius XII and Adolf Hitler during the Second World War, although some historians cautioned that the findings do not represent a "paradigm shift" in understanding the Catholic Church's wartime actions.

"No new finding has been as dramatic as the discovery that, shortly after he became pope, Pius XII entered into secret negotiations with Hitler, a story told here for the first time," writes Brown University historian David Kertzer in a recently published essay in The Atlantic, adapted from his new book, The Pope at War.

Kertzer, the author of several best-selling books on the Vatican, has uncovered transcripts of meetings between the two men, which include a series of cordial greetings between Hitler and Pius XII. 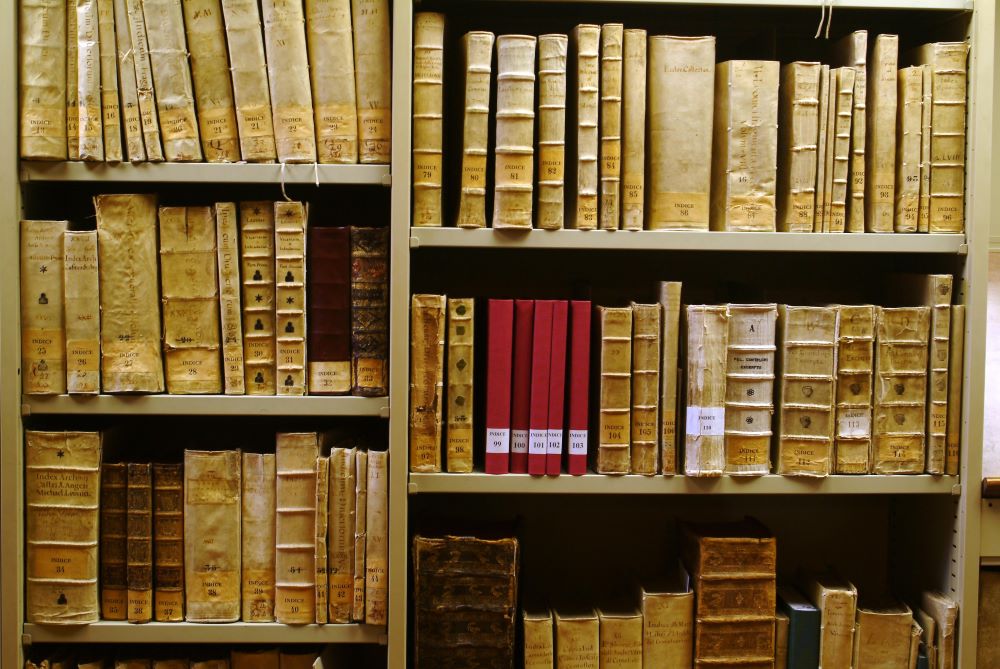 In his essay, Kertzer portrays the pope as concerned over the closing of Catholic schools and seminaries in the Third Reich, the treatment of priests and the German government's overall disposition toward the church. Hitler is portrayed as seeking to use the pope's interests as leverage toward convincing the Vatican to enter a new agreement with the Nazi government, in which the church would pledge to stay out of politics.

"Von Hessen asked if the pope was willing to put the Church's commitment to stay out of politics in writing," Kertzer writes. "The problem, replied Pius XII, evading the question, was to be clear about what was meant by politics. Religious education of the young, for example, should not be considered political."

The transcripts found and now published by Kertzer were not included in the Vatican's 12 volumes documenting the church's engagement in World War II, completed in 1981.

Absent from the newly published transcripts is any mention of concern on the part of Pius XII regarding Hitler's campaign to exterminate Europe's Jews.

'For those who see the papacy as a position of great moral leadership, the revelations of Pius XII’s secret negotiations with Hitler must come as a sharp disappointment.'
—David Kertzer

For decades, Pius' approach as pope from 1939 to 1958 has been much debated, with his critics lambasting him and the Catholic Church for alleged silence during the Holocaust, and his defenders arguing that vocal opposition would have led to even more deaths and that the pope actively worked behind the scenes to save Jewish lives.

"If the only goal was to protect the welfare of the institutional Church, his efforts could well be judged a success. But for those who see the papacy as a position of great moral leadership, the revelations of Pius XII’s secret negotiations with Hitler must come as a sharp disappointment," writes Kertzer.

But according to Robert Ventresca, a historian at King's University College at Western University in London, Ontario, "claims of dramatic new findings need to be qualified and tempered for the sake of meaningful historical understanding."

Ventrasca, who is working on a new book for Cambridge University Press on the Vatican's role during the Holocaust based on the new information from the archives, told NCR that the latest findings have not "produced any major new interpretation or paradigm shift" in understanding the church's role in the war.

While he said that Kertzer's account provides "vivid detail," he said that historians have long known that the Vatican maintained lines of communication with Hitler's government before and during the war.

The secret diplomatic talks, he noted, "were part of a consistent — if contested — diplomatic policy under Eugenio Pacelli, first as secretary of state and then as pope."

Pacelli served as Pope Pius XI's secretary of state from 1930 until Pacelli's 1939 election as pope. Before that, he served as the Vatican's representative to Germany for nearly a decade.

"The hallmark feature of that approach was to preserve diplomatic relations with the Hitler regime virtually at any cost in the hopes that diplomatic accommodation would give the Vatican leverage with which to defend the interests of German Catholics," Ventrasca wrote in an email.

"Another feature of that approach was to temper or stifle altogether papal criticism of Nazi aggression, despite escalating persecution and violence against Jews and other victims of Hitler’s war," he added.

British journalist John Cornwell, author of the 1999 book Hitler's Pope, told NCR that in his assessment, the Vatican's 1933 Concordat with Germany, which attempted to negotiate the Catholic Church's relationship with the rising Nazi party and effectively agreed to the church's withdrawal from political action, meant that "most of the damage had been done before the war began."

To understand the negotiations between Pius XII and Hitler's liaison, Cornwell said one must understand "why Hitler was so worried about the Catholic Church."

"Hitler was terrified of another Kulturkampf," Cornwell observed, referencing the uprising of Catholics against Prussia from 1872 to 1878, and hence his desire to keep open lines of communication with the Vatican. 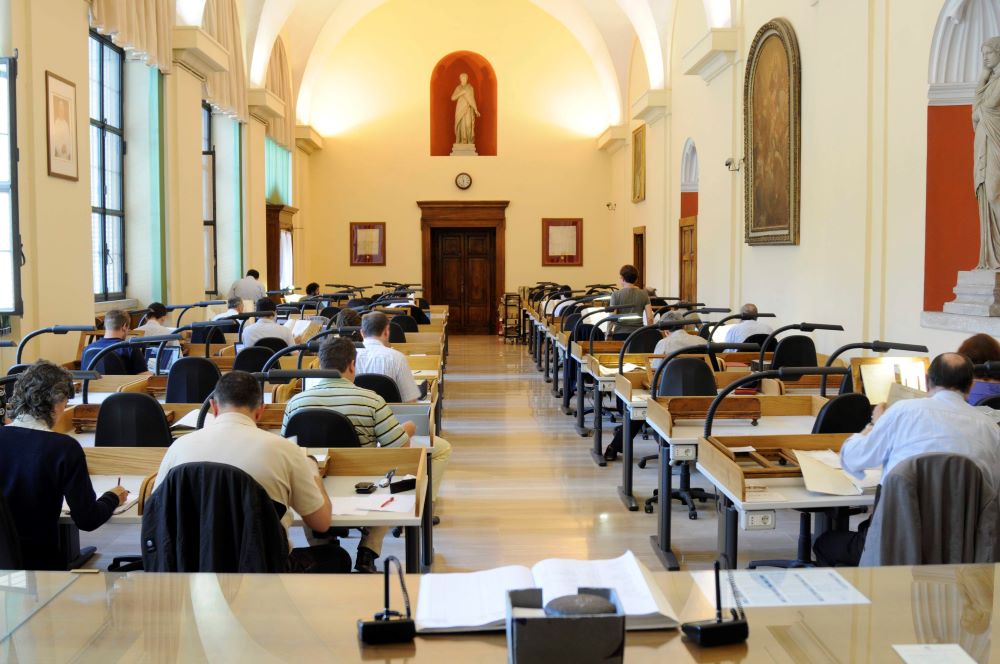 Cornwell said that in his view, the real "bombshell" to emerge from Kertzer's essay is not regarding Pius XII's negotiations with Hitler, but instead Kertzer's uncovering of documentation that the Vatican ordered the burning of files regarding German priests who had abused children — an issue von Hessen raised during one of his visits to the Vatican.

"It is now clear that the Secretariat of State, then under Cardinal Pacelli's direction, had indeed taken immediate action," writes Kertzer. "A folder in the Secretariat's files from the previous year is labeled 'Vienna: Order to burn all archival material concerning cases of immorality of monks and priests.' " 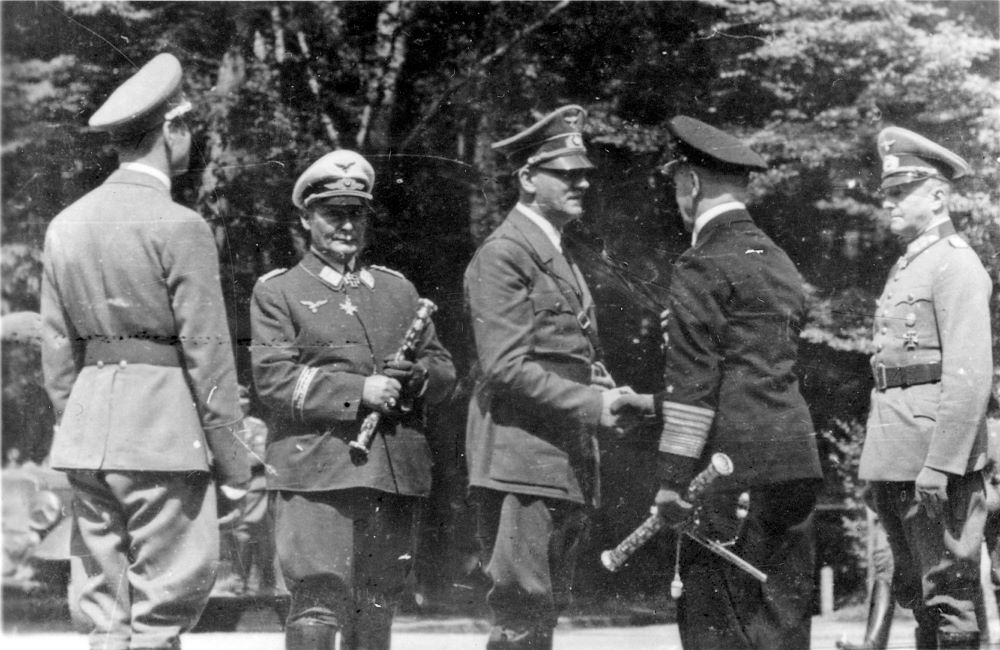 It is this history, Cornwell noted, that also helps explain the developments in the German Catholic Church today, where the church's ongoing "Synodal Path" is considering a number of reforms motivated in part by the church's reckoning with clergy sexual abuse.

As for what to make of the latest findings from the Vatican archives and the larger questions of the Catholic Church's wartime engagement, Ventresca said those questions will not be easily settled any time soon.

"As important as the Vatican's archives are to our understanding of the church's role during the Holocaust, it is more important than ever to triangulate our research with a rich array of archival sources beyond the Vatican," he said.

"Research in different source material is essential to understand fully the relationship between the central governing bodies of the Church — the Pope and the Curia — and the diffused capillary network of religious orders and voluntary associations that operated in civil society, often at the margins of, and sometime in open tension with, the nerve-center of institutional power," Ventresca said.

A version of this story appeared in the July 8-21, 2022 print issue under the headline: Archive findings reveal talks between Pius XII, Hitler.