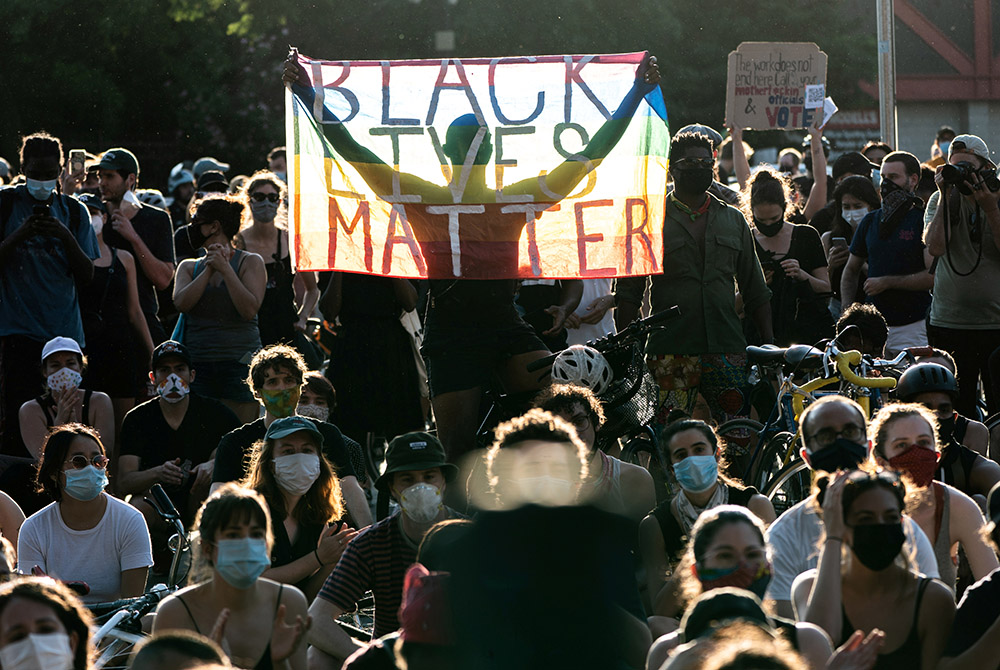 Parishioners of the Church of St. Francis Xavier in New York have petitioned New York Cardinal Timothy Dolan to "speak boldly" on the matters of racism and white supremacy. The petition was written June 19 in response to Dolan's June 12 letter to the archdiocese. Petitioners said they were disappointed with Dolan for not adequately addressing racism and police brutality, after the killing of George Floyd sparked nationwide protests.

"This moment in our nation’s history is one of immense import, requiring clerical leaders like yourself to take unequivocal, forceful stances to proclaim the sanctity and dignity of all human life: not just for unborn children, but equally for the marginalized and oppressed among us currently walking the earth," read the petition.

Dolan's June 12 letter talked at length of reopening plans and "towering financial challenges,"  addressing the killing of Floyd in the last two paragraphs.

Boreta Singleton, who lives in the Bronx, said Dolan's letter "really upset" her.

"The letter was 14 paragraphs long and in paragraph 12 he mentioned George Floyd. We've had that powerful picture of Bishop Seitz kneeling, we heard from Archbishop Gregory and others. To not give this a prominent place in the letter is wrong. This is a pro-life issue," said Singleton, who wrote the first draft of the petition.

The group discussed Dolan's letter in their group chat, expressing disappointment and frustration. They then decided to turn it into a petition.

They call themselves Catholics for Racial Justice. They said they put the petition in front of the two priests at the church and the pastoral council before circulating it.

"I think that in this particular moment, and in the greater context of what's happening in our city and country, the Spirit was really encouraging all of us to act," said Cara Caponi.

Floyd was killed on May 25 in Minneapolis after an officer who took him into custody kept his knee on Floyd's neck for 8 minutes and 15 seconds. His death sparked nationwide protest calling for racial equality and police reform.

The petition urged Dolan to proclaim that Black and brown people are disproportionately  affected by racism, while outlining seven points to combat racism within the Catholic Church.

"Educate yourself by listening to the testimonies of marginalized parishioners and their experiences with systemic and institutionalized racism. Integrate their experiences into your own self-examination," said point one of the petition. 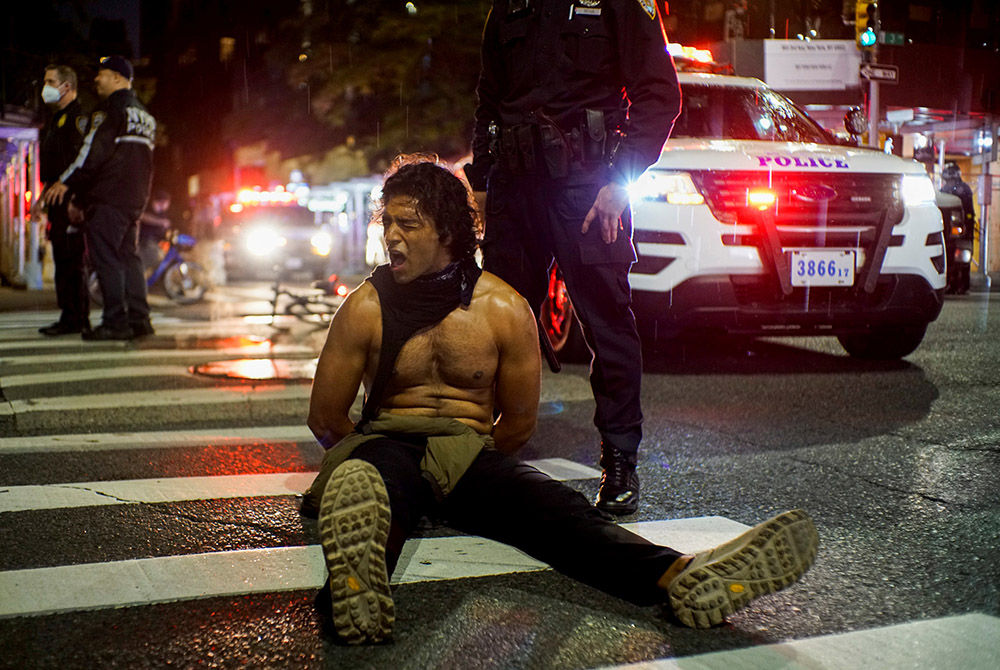 A man is detained by police officers during a June 3 protest in New York in response to the May 25 death of George Floyd. (CNS/Eduardo Munoz, Reuters)

Joel Dabu, who lives in Brooklyn, said the choir members wrote the petition after waiting for Dolan to speak "with the boldness of spirit.”

"The killing of George Floyd coincided with Pentecost. And we were waiting for our cardinal to say something to us about it — not an oblique reference or a communique to an unnamed group of people. And we didn't get it. It was a serious blow to us," he said.

Dolan came in for criticism a few months ago after he participated in a conference call with President Donald Trump and then appeared on "Fox & Friends" to praise Trump's leadership.

In his June 12 letter, Dolan mentioned having friends in the NYPD and said the "overwhelming majority of our law enforcement officers are good and decent people, and that we shouldn’t let the horrific acts of a few tarnish all."

The petition asked Dolan to broker "conversations about systemic and institutionalized racism between the NYPD and marginalized New Yorkers so that bridges may be built."

It also asked that a "meaningful percentage" of the archdiocese's budget be used for anti-racism training of all diocesan staff, leadership, parish priests and seminarians.

Barry Gilman said he wasn't very sure if they could get a dialogue with Dolan. But he hoped that those who signed the petition would start dialogues on combating racism in their own parishes.

"This is a wakeup call for all parishioners. I hope that people to whom it was circulated read it, and get thinking about what their parish is doing. This [petition] is coming from parishioners in the pews in hopes of fostering conversations," said Gilman.

A copy of the petition was delivered to the office of the archdiocese, office of the apostolic nuncio and the U.S. Conference of Catholic Bishops. It has so far garnered 415 signatures.

"We are very thankful that our parish has the tradition and the boldness of spirit to have pastors who have been forceful about these issues. But we really want this to be something every parish priest is saying from the pulpit, and it shouldn't be confined to the one or two parishes in the progressive part of Manhattan," said Dabu.