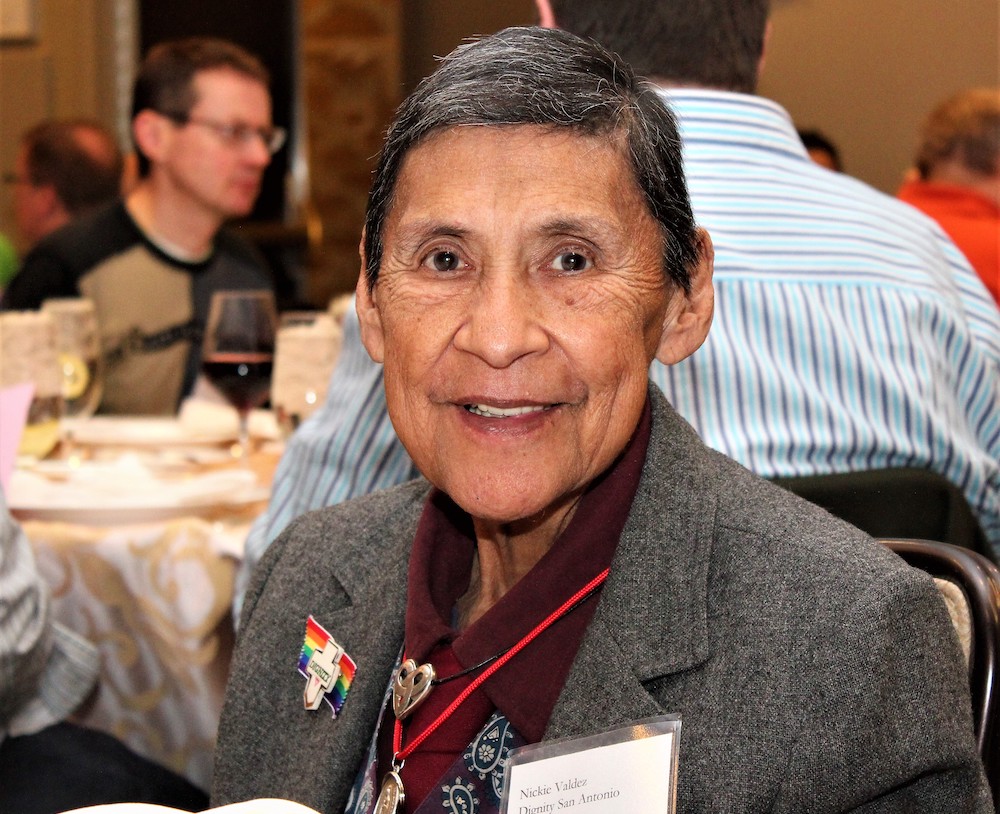 Many throughout Texas, the U.S., and beyond mourn the passing and celebrate the consequential life of Nickie Valdez, who died Dec. 25 at her home in San Antonio at the age of 80. Her spouse of 35 years, Deb Myers, was with her as she was throughout Nickie's eight-year battle with multiple myeloma.

Valdez was a native of San Antonio and a graduate of San Antonio Vocational and Technical High School. She used her talents as a framer and artist. Making her livelihood was but a fraction of this woman's amazing life.

Valdez was one of the first people to be out as a lesbian in San Antonio in the 1960s and helped cofound many LGBTQ organizations in the area. She was passionate about making a home within the Catholic Church for LGBTQI people, and led Bible study and prayer groups for queer Catholics during the late 1960s. She helped organize the first conference on homosexuality and faith in Texas. Eventually, she and her dear friend Bruce Jarstfer connected with the DignityUSA movement and cofounded the organization's San Antonio chapter, in which Valdez was a leader until her death.

Valdez spoke with heads of the many local religious communities, urging them to include LGBTIQ people in their outreach and ministries throughout San Antonio. Because of her work, many priests and sisters became involved in Dignity/San Antonio, and Dignity representatives served on the Archdiocesan Justice and Peace Commission over the years. Valdez's finesse meant that Dignity/San Antonio was able to meet in Catholic churches until 2010, more than 20 years longer than most other chapters.

Valdez met Deb Myers in 1985. They had a holy union four years later. One of the happiest times of their decades together was when they were able to get a marriage license from Bexar County, Texas, in June 2015 and marry in September.

As a couple, they led many of Dignity/San Antonio's programs and liturgies. They were leaders of DignityUSA's Committee for Women's Concerns. For many years, Myers and Valdez also headed DignityUSA's Couples Ministry, maintaining a registry of couples who had celebrated their commitments before they could be legally recognized in most places and sending anniversary cards out each year. Valdez also served on DignityUSA's Board from 1997 to 2001.

At the 2017 conference, "Rolling the Stone Away: A Gathering of LGBTQIA Saints and Prophets," Valdez was celebrated by ecumenical colleagues for her decades of activism on behalf of the LGBTIQ community. She had the honor of imparting the final blessing and commissioning of those gathered, a pivotal and poignant moment in the ongoing struggles for inclusion in religious groups.

Marianne Duddy-Burke, first met Valdez at the DignityUSA conference in New York City in 1985: "From my first conversation with Nickie, on a cruise in New York Harbor, it was clear she was passionate about Dignity's mission, and about ensuring LGBTQI people had a home within our church. She had an unshakeable vision of God's love being all-embracing. Nickie was involved in so much justice work in San Antonio, nurtured so many Dignity leaders throughout the decades, and pushed the organization to embrace women, people of color, impoverished people, families, and all who needed us. She was wise, generous, loving, had a wicked sense of humor, loved music, color, dance, and above all, Deb. Even when incredibly frail, she remained the leader of Dignity/San Antonio. I am honored to have called her a friend."

Valdez, along with Myers, was a consistent, faithful presence in justice movements throughout the San Antonio area. Sr. Martha Ann Kirk, a Sister of Charity of the Incarnate Word and a San Antonio educator active in human rights and peace movements, noted, "Since the 1970s, Nickie has been a petite gentle spiritual giant leading me forward. Her firm love would not accept the actions of a civic or a church leader who was trying to exclude an LGBTQ person or community. She knew herself as God's Beloved. She stood there shining kindness, calling us beyond any narrow-mindness." 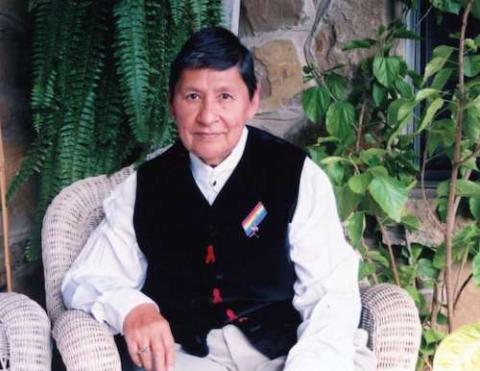 Johnny Zokovitch, executive director of Pax Christi USA, recalled Valdez's work locally and as a member of Pax Christi's national council and anti-racism team, saying, she "carried wisdom with her as few others I have known, but offered that wisdom with a healthy dose of humor and laughter that rang true and clear whenever she was amused."

In 2019, Valdez was named a peace laureate for her city, in recognition of her decades of work for justice. Roslyn Collier, a co-founder of San Antonio's peaceCENTER which bestowed this honor, called Valdez a model of "generative discipleship."

Collier said, "Nickie lived her life and her faith with an honesty most of us can only aspire to…Whenever she saw an injustice, she never gave up and she never gave in. She was a resolute, compassionate presence of the Gospel when our institutions sometimes fell short of the mark."

María Berriozábel, an activist and the first Latina woman to serve on San Antonio's City Council, offered her reflection on Valdez: "A lifelong Catholic, she figured out ways to practice her faith in a church that did not welcome her as a gay Catholic. In doing so she opened a space not only for LGBTQ individuals but also members of their families who were happy to pray along with their children, parents and friends."

Mary E. Hunt found in Valdez not only a friend and colleague, but a source of inspiration: "Nickie had more faith in her small finger than most of us will embody in a lifetime. She and Deb were marvelous role models of lesbian women in coupled relationships who generate love and community wherever they go. Nickie, soft-spoken and of few words, was someone to whom I listened to hear Divine Wisdom. She never disappointed."

DignityUSA President Chris Pett said, "I always felt a glow of God's sacred presence in Nickie, and always referred to her as 'mother,' in recognition of her unique role in our history and powerful witness. Although we are filled with great sorrow at the loss of Nickie's sacred presence to her beloved Dignity/San Antonio community and the extended DignityUSA family, we rejoice in her enduring legacy of faithfulness to the cause of justice, especially the full and active inclusion of LGBTQI Catholics in the life and leadership of the church."

In an interview with the San Antonio Express News, Deb Myers said it best of her beloved spouse and partner, "Her whole call was to help people recognize that they were created in the image and likeness of God, and God loved them just as they are created. She believed that to the core. She was very tenacious in that work and lived it."

Valdez 's incredible legacy is the ongoing work of justice and inclusion for all people. "St. Nickie Valdez, priest and prophet, pray for us!"

[Marianne Duddy-Burke is the executive director of DignityUSA. Mary E. Hunt is a feminist theologian and cofounder/codirector of the Women's Alliance for Theology, Ethics and Ritual (WATER).]

Editor's note: A version of this article, including additional information, was posted by DignityUSA here.