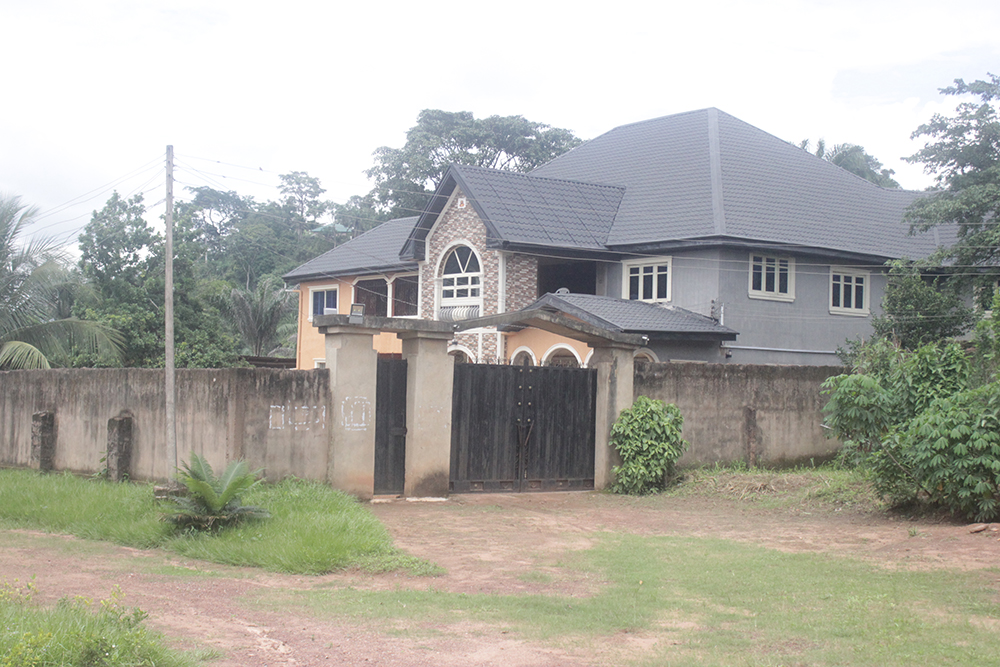 The parish house where Fr. Clement Ugwu was shot in the leg and kidnapped, in the Enugu state of Nigeria (Patrick Egwu)

When Fr. Clement Ugwu of St. Mark Catholic Church in the Enugu state of Nigeria was returning to his parish house March 13 after he had gone to a nearby town, he never knew what was waiting for him. It was 8:30 p.m. and as his blue Prado jeep lumbered along the road in front of the parish house, three men who had been lurking around moved toward him.

As Ugwu saw the men coming, he jumped out of his car and started running but was shot in the leg. He fell and yelled, writhing in pain. The gunmen dragged him inside his car and drove toward the highway. Moments later, residents of the community, who had taken cover, gathered around the parish house and saw bloodstains on the ground.

"We are still in shock with the attack on the priest," said Emeka Onodu, who was sitting in front of his house when he heard the gunshot. "They sped off in his car and I was surprised because our priest is not a rough driver. It was later we found out that the gunmen were the ones in his car driving him away."

The next morning, police detectives cordoned off the scene and began investigations into the incident, searching for the missing priest.

There has been a wave of kidnappings in Nigeria over the years. Politicians, foreigners, businessmen and individuals from wealthy homes are often targeted for ransom. And when the ransom is not paid, the kidnappers in most cases assassinate their victims, inflict them with injuries or sexually assault them. One case that brought Nigeria international attention was the 2014 kidnapping of 276 Chibok schoolgirls by Boko Haram terrorists. The kidnapping started a "Bring Back Our Girls" campaign and attracted global attention from celebrities. The United Nations, United States and the United Kingdom called for their immediate release.

More recently, kidnappers' attention moved toward priests. A few weeks after the kidnapping of Ugwu, another priest, Fr. John Bako Shekwolo of the Archdiocese of Kaduna, a state in Northwest Nigeria, was kidnapped on March 25.

Last week, Fr. Celestine Ezeh in Southeast Nigeria was released shortly after being abducted by gunmen. The diocesan secretary, Fr. Cajetan Iyidiobi, said Ezeh, a priest of the Nsukka Diocese, was receiving treatment in a hospital for the trauma he suffered in the hands of his abductors. Last year, Fr. Paulinus Udenwangu was kidnapped while jogging in the morning. In 2017, Italian priest Fr. Maurizio Pallu was kidnapped by gunmen in Benin City on his way to Mass, and was later freed after almost a week in captivity.

A 2018 global kidnapping report from Constellis listed Nigeria first among the top 10 countries for kidnapping of foreign citizens in March-April 2018, a list that included Mexico, Cameroon and South Africa. 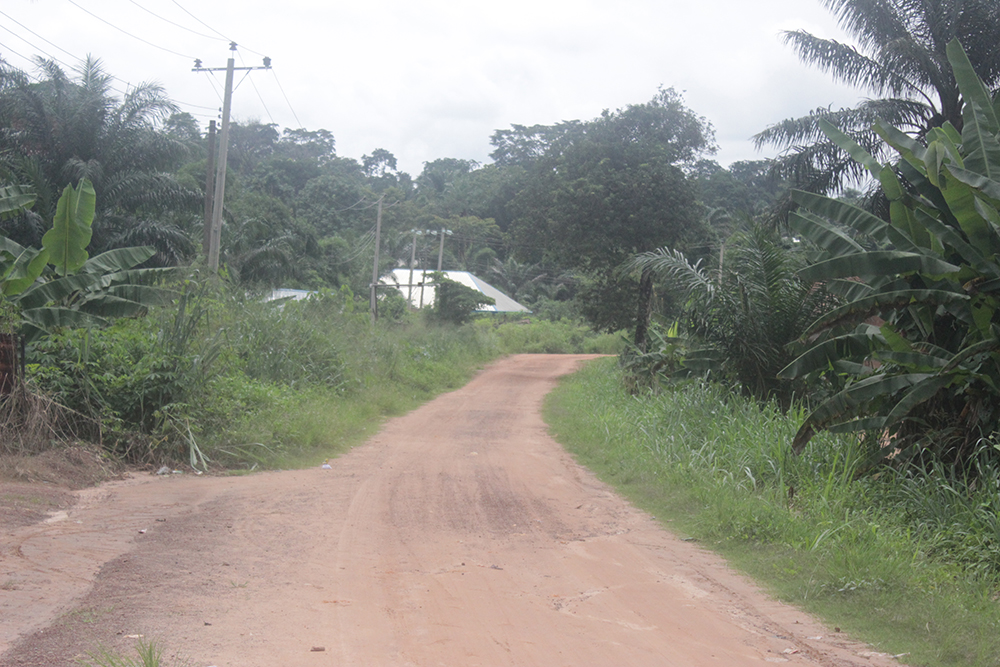 On March 20, just a week after his abduction, the decomposing corpse of Ugwu was found some 20 kilometers away from the church where he was abducted.

"I think the priest must have died that night because of the gunshot injuries," Onodu said. "They took his personal belongings — phones and gadgets, and were using his credit cards to withdraw cash from his bank accounts."

The Catholic Bishops Conference of Nigeria and the Christian Association of Nigeria — which brings together the various Christian denominations in the country — have often condemned attacks and kidnapping of priests in Nigeria.

"The police didn't do enough," Ernest Obodo, auxiliary bishop of the Enugu Diocese, told NCR. "If they had acted swiftly, they would have rescued him. Priests are soft targets because people know that they cannot easily defend themselves and this exposes them to the kidnappers. For instance, a soldier or a policeman with guns is more difficult to abduct because you will have to struggle with him to dislodge his firearms, but a priest celebrating Mass at the altar doesn't have a gun and cannot defend himself."

Even when Ugwu died, his abductors still reached out to his family demanding ransom, but Obodo says the diocese has a stand against paying ransom for abducted priests.

"Some of these kidnappers are jobless people and they believe that when they kidnap a priest, they will get ransom," he said. "But in our own diocese, there is a rule that no ransom is paid for abducted priests because they are called by God to serve the people. So if you abduct a priest, nobody will pay you to free him. But sometimes, these abductors get money from their family members and friends." 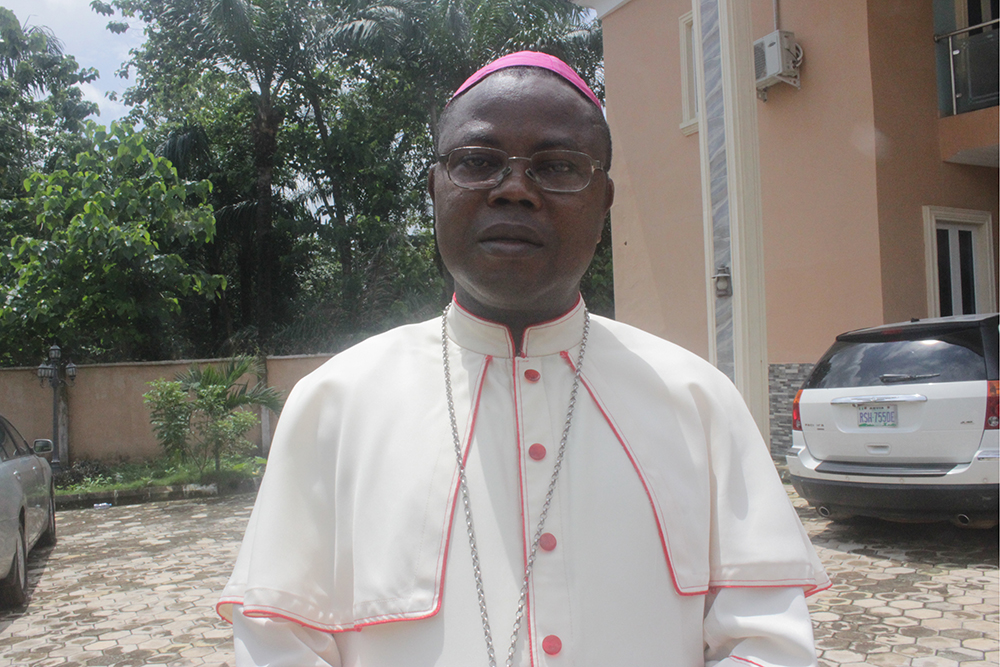 Nigeria is in the middle of security crises, with the Boko Haram insurgency in the Northeast, militancy in the Niger Delta and frequent herder clashes with local farmers in the Middle Belt region, which have all claimed thousands of lives over the years. Over 1,000 people were killed in the herder-farmer conflict in the first half of 2018, according to the International Crisis Group. The government has come under immense criticism for not doing enough to protect the citizens even as security personnel are undertrained and poorly funded.

"Now it is not advisable for people to leave their homes, especially at night, because they can be kidnapped even though some of these abductions happen during the day," Obodo said. "It shows that the government has a lot of work to do and this puts a big question on their credibility as leaders because if the people voted for you, you should be able to provide adequate security for them."

There is also the proliferation of guns linking to kidnapping, which Obodo says "is a sign that there is no security in the country and the government is doing virtually nothing to protect the citizens."

"If you want to talk of security, talk of justice in the land, because when there is no justice, like youths going to school and coming back and there are no jobs, you cannot control what they do. Sometimes these youths are engaged as political thugs and given guns during elections. After elections, these guns are not always collected from them so they use [them] to kidnap people and become criminals, and go for soft targets by kidnapping priests. So it is really a terrible thing and it is getting worse every day. Everybody is afraid and no one knows what will happen tomorrow. So we are asking the government to do more to protect the citizens," Obodo said.

"It is a great evil because trading on human beings is condemnable," Fr. Damian Egboka, a priest of the Enugu Diocese, said. "Priests are special people and the intermediary between God and the people. Priests don't have money, so it is wrong to kidnap a priest because of ransom purposes."

The parishioners in the community where Ugwu's parish is located say they are scared of attending Mass again after the killing of their priest. Another priest from the neighboring community was assigned by the diocese to serve as a temporary priest for the parishioners. 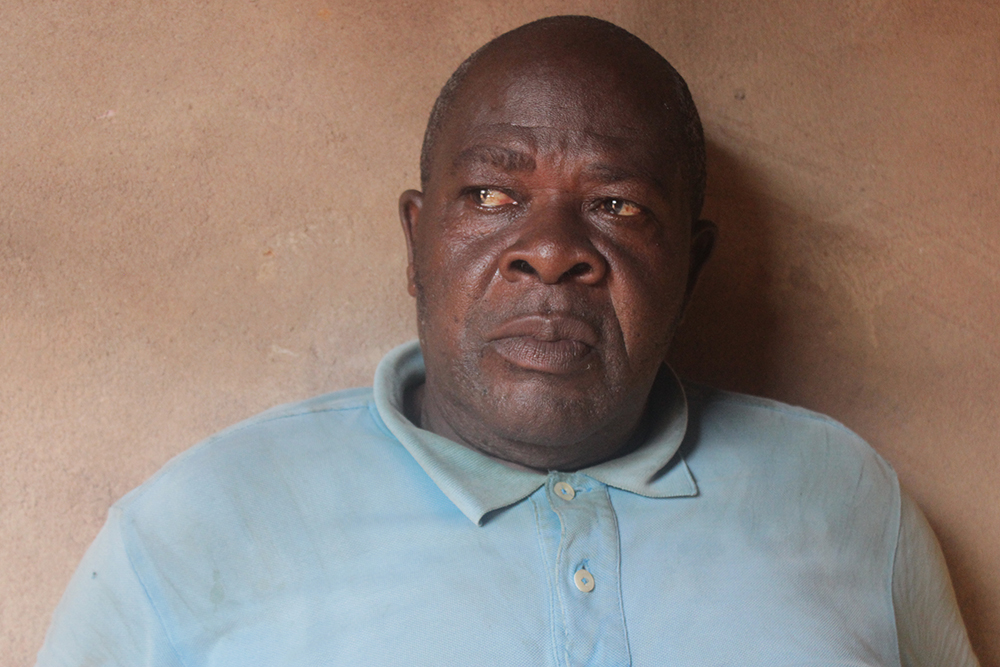 "I saw him on the day he was killed," Dennis Iloeze, assistant of the parish pastoral council, said of his last moments with the deceased priest. "In the morning, he had asked me to get something for him at the market and when I got to the parish house in the night, I was told what happened. We are still devastated."

Iloeze described Ugwu as "hardworking and committed to his pastoral duties, and always worked to see that people are drawn to God."

"We don't want this type of sad development in our community again, that is why we took this step," Iloeze told NCR. "But we want the government to help us to equip the vigilante men to make them work better."

Three weeks after the killing, Ugwu's car was founded in a nearby community where the gunmen had abandoned it. The police arrested two members of the gang and promised to charge them. Now Ugwu's parishioners hope that this will be the last case of kidnapping and killing of a priest in Nigeria.