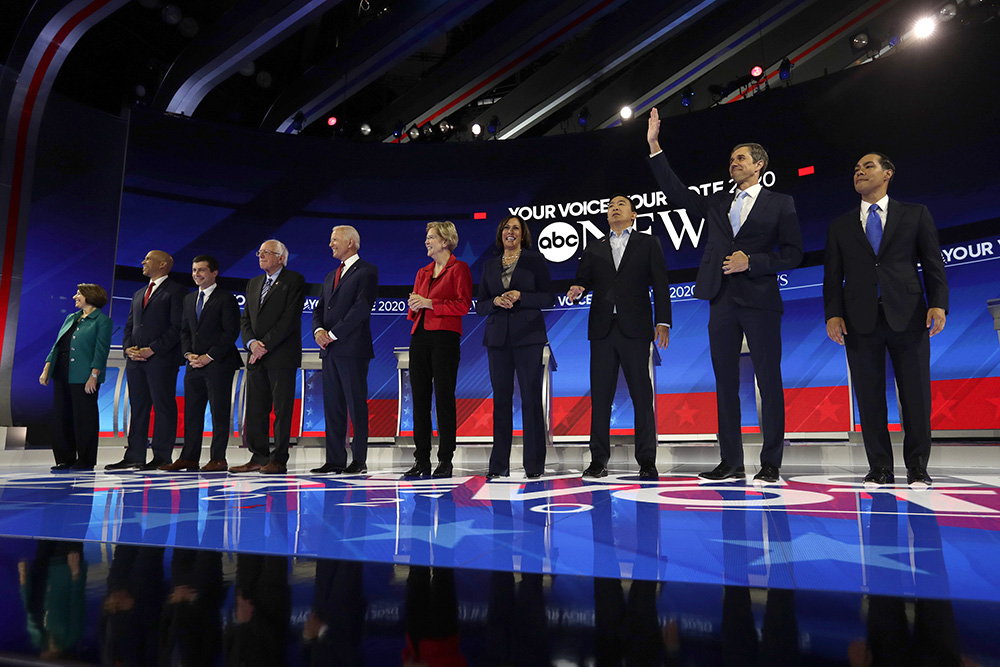 Nov. 3 marks exactly one year until the 2020 U.S. presidential election.

And Christian leaders across theological and political divides are kicking off an initiative called "Golden Rule 2020: A Call for Dignity and Respect in Politics," hoping the next 365 days won’t be a repeat of 2016’s divisive election season.

Representatives from conservative evangelical institutions like the National Association of Evangelicals and progressive mainline denominations like the Evangelical Lutheran Church in America (ELCA) have signed on to a statement urging their members to pray for the healing of divisions in the U.S. this weekend and promote the "golden rule" in their political discussions and election activities over the next year.

The initiative takes its name from what’s commonly referred to as the golden rule, expressed by Jesus in the Gospels and often paraphrased as: "Do unto others as you would have them do unto you."

"We believe that we can find guidance through this national dilemma in the teachings of Jesus," the statement reads.

Golden Rule 2020 grew out of a May meeting of faith leaders hosted by the National Institute for Civil Discourse, whose founding co-chairs were former Presidents George H.W. Bush and Bill Clinton, according to the initiative.

"In its simplest expression, civility brings Jesus’ Golden Rule into politics and we hope that evangelicals will take advantage of this opportunity and reflect on how we can do that more effectively," said Galen Carey, vice president of government relations for the National Association of Evangelicals, in a written statement.

The initiative will continue throughout the 2020 election season, both in an online pledge all people of faith are invited to take and in a number of activities planned by participating institutions and denominations.

For example, the Cooperative Baptist Fellowship is asking its pastors to write and teach about applying the golden rule to politics in the presidential election season. And the Episcopal Church is creating a curriculum for "reflection, consideration, and discussion" on civil discourse, according to the initiative.

The Rev. Elizabeth Eaton, presiding bishop of the Evangelical Lutheran Church in America, said some regional synods within the denomination already have begun to act on the Golden Rule 2020 initiative. The Rev. Jeffrey Tengesdahl of First English Lutheran Church in Appleton, Wisconsin, discussed Golden Rule 2020’s call for dignity and respect in his sermon last week, according to an Evangelical Lutheran Church spokesperson. And pastors and other leaders in the New Jersey Synod are planning to gather in several weeks to discuss the church’s role in a divided society.

It doesn’t take more than turning on the news or gathering with family to recognize why that is so important, Eaton said.

"I think it’s gotten to a critical point where it’s disruptive to congregational life when people are not able to have differences and still be together at church," she said.

Jesus was clear in the golden rule how Christians should treat those with whom they disagree, according to the presiding bishop. So was Martin Luther in his explanation of the commandment "You shall not give false testimony against your neighbor": "We should fear and love God so that we do not tell lies about our neighbor, betray him, slander him, or hurt his reputation, but defend him, speak well of him, and explain everything in the kindest way."

Christians should pray, Eaton said. Prayer is powerful not only because praying for those with whom one disagrees can change the other person, but also because it can change the person praying.

And civility isn’t mutually exclusive to speaking out against injustice, she said.

"When our tone is automatically uncivil and it’s automatically accusatory, how can we ever hope that we’re actually going to communicate with somebody else if we’ve already belittled and accused them?" she said.