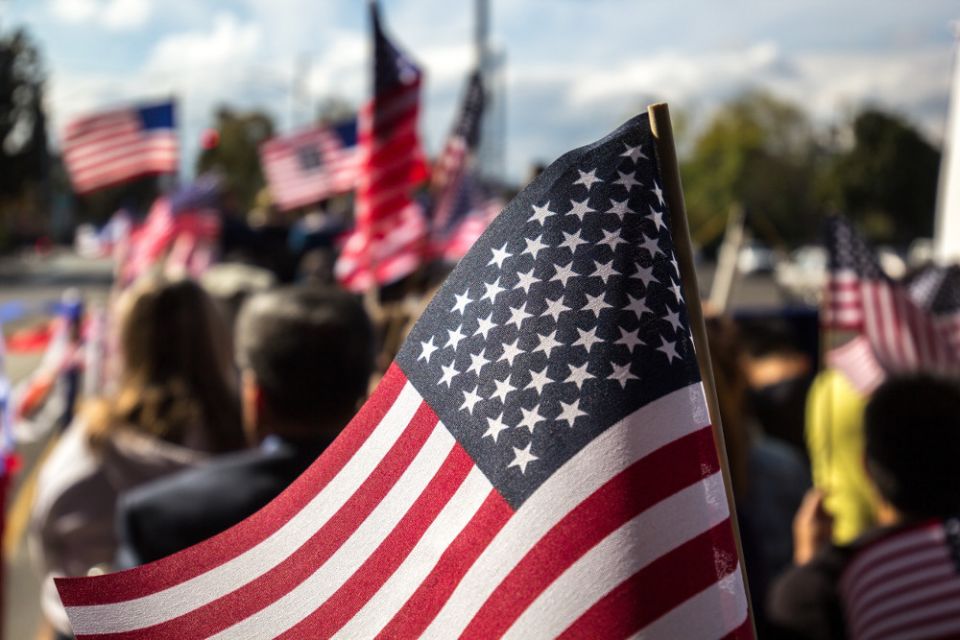 The ability to distinguish between conscientious patriotism that thinks critically about citizenship and the perils of blind nationalism are themes always worth exploring. As we pause to celebrate Independence Day, this theme is ripe for deeper reflection among those of us who are religious. White Christians, in particular, are long overdue for some soul searching about their role in giving moral cover to an "America First" agenda that is anathema to a Jesus-first discipleship.

President Donald Trump's utilitarian use of faith as a road to achieving elected office and ideological ends is nothing new. Political leaders have always recognized the power of religion. In the hands of emperors, dictators and democratically elected presidents, this fire has been harnessed in ways both virtuous and evil.

Movements for civil rights that began in the American south demonstrated that clergy could challenge politicians to act for equal justice and win historic change. In the same era, Christian pastors stood side-by-side with segregationist governors, covered their faces in white robes to terrorize and waved the Bible to endorse their cause.

American politics today, in many ways, still remains a fiercely contested space between those two opposing forces. Will religious leaders and faithful citizens be reduced to boots on the ground for demagogic politicians who go to war with the weapons of xenophobia and racism, or become conscientious objectors to rhetoric and policies that are antithetical to Christian values? When the attorney general of the United States is literally quoting scripture to justify immigration policies that are immoral and cruel, that question is not academic.

The reality is that the Trump administration would not have the audacity and moral blindness to view the world in these terms except for the fact that the president is emboldened by the more than 80 percent of white evangelicals and more than half of white Catholics who put him in power. In other words, Trump is the manifestation, not the cause of, a sick theology that would betray the essence of the Gospel in the very name of asserting a muscular Christian identity in the public square.

The hopeful news is that the Trump era has revived a grassroots movement of faithful, moral resistance not seen the days of Rosa Parks and the Rev. Martin Luther King Jr. Thousands of citizens who take their religion and Bible seriously have been arrested in civil disobedience actions across the country. Even a growing number of conservative evangelical leaders are challenging the Trump administration's nativism.

When the flag and the cross are inseparable, we expect the divine to conform to our images rather than seeking the image of the divine in ourselves.

In the Washington Post July 1, Michelle Boorstein reported on the use of patriotic songs and pageantry in religious congregations. While Dallas megachurch pastor and Trump advisor Robert Jeffress has performed "Make America Great Again" — a hymn composed by one of the church's music ministers and frequently promoted by the president — Boorstein reports that "criticisms of July 4 church events seem to have grown louder in recent years, a reflection of anxiety among younger Christian leaders who think the idea of Christian nationalism is problematic from various angles."

This more diverse generation of religious citizens has reason to be wary. Christian nationalism asks us to bend a knee to an idol and twist sacred words for profane purposes. When the flag and the cross are inseparable, we expect the divine to conform to our images rather than seeking the image of the divine in ourselves. That is dangerous, soul-killing business.

To paraphrase Abraham Lincoln, we should never in our arrogance recruit God into endorsing our politics and plans but pray humbly that we are always on the side of God.