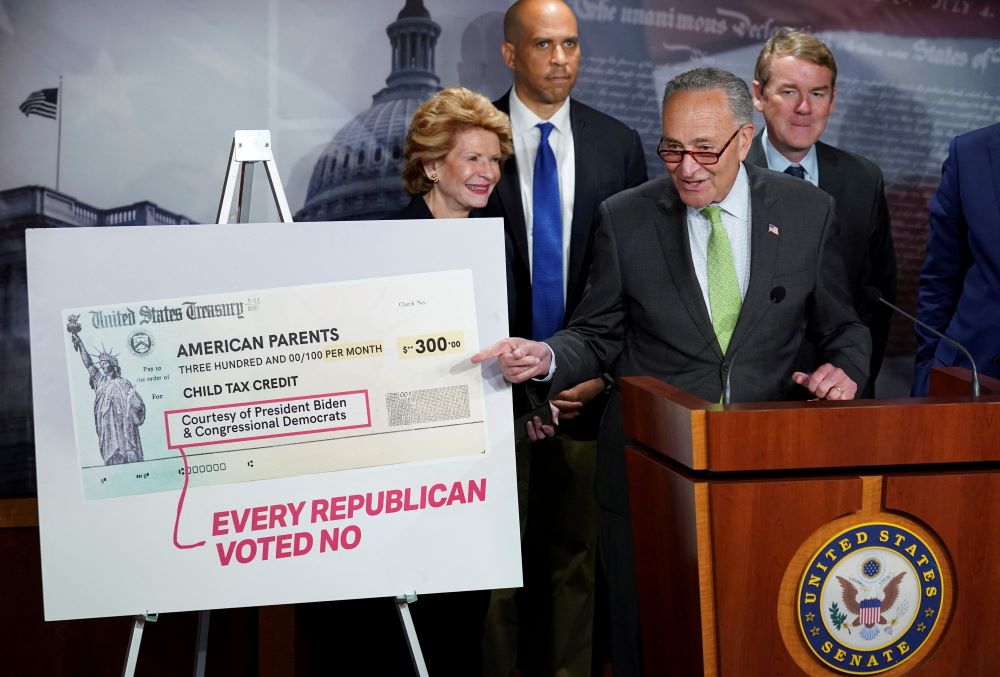 Economist Anthony Annett has delivered a book that should be required reading not only for those of us who have long been interested in Catholic social doctrine, but for anyone who is serious about bringing their Catholic faith to bear on decisions relating to public life. Cathonomics: How Catholic Tradition Can Create a More Just Economy should especially find its way onto the required reading list at every Catholic business school.

As Annett relates, after the mountains of evidence of financial wrongdoings that led to the 2008 economic meltdown, economist Luigi Zingales asked, pointedly "whether business schools incubated criminals." The approach to economics Annett advocates in this book would keep such an incubation from happening in the first place.

Full disclosure: Back when I lived in Washington, Annett and I were both parishioners at St. Matthew's Cathedral and we became friends. He also knows I would never agree to review a book I was not prepared to criticize.

The opening chapters will be familiar to regular readers of NCR. Annett surveys the great encyclicals that form the building blocks of Catholic social teaching, but first he looks to the roots of Catholic social doctrine in both the Scriptures and the intellectual traditions of the church. This is a step that too many advocates of Catholic social teaching neglect. Catholic social doctrine did not drop out of the sky in 1891 when Pope Leo XIII issued Rerum Novarum. It is rooted in notions of justice drawn from the Hebrew Scriptures, Aristotle's conceptualization of the common good, the Gospel's concern for the poor, and the great theological synthesis of Aristotelian ethics and Catholic doctrine achieved by St. Thomas Aquinas. Annett brings all these threads together masterfully. 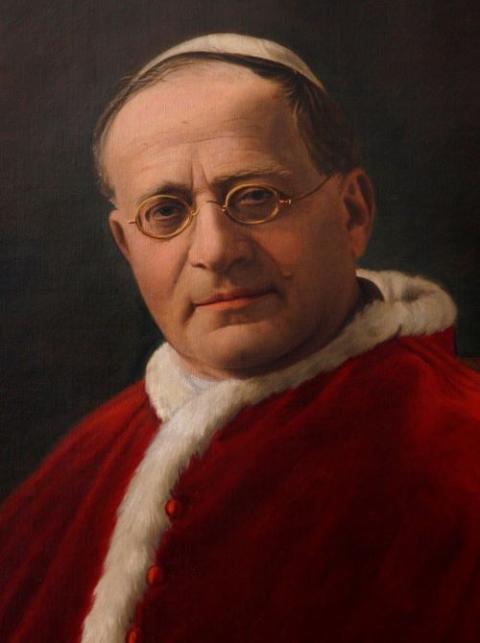 Pope Pius XI's 1931 encyclical "Quadragesimo Anno" addresses the ethical challenges facing workers, employers, the church and the state at the end of the industrial revolution and the start of the Great Depression. (CNS /Nancy Wiechec) (May 2, 2012) See SUBSIDIARITY May 2, 2012.

Annett's survey of the tradition of papal encyclicals is equally well done. It never ceases to amaze me that Pope Pius XI, writing in 1931, could espouse theories that would be dismissed in Democratic Party circles today as too extreme. I am so glad Annett includes my favorite sentences from Pius XI's encyclical Quadragesimo Anno: "The right ordering of economic life cannot be left to the free competition of forces. For from this source, as from a poisoned spring, have originated and spread all the errors of individualistic economic teaching."

Annett articulates the key themes that have emerged over the years, ideas such as solidarity and subsidiarity, the universal destination of goods, reciprocity and gratuitousness. Pope John Paul II is shown to be more complex than some of his American acolytes pretended he was: Whatever else the late Polish pontiff was, he was not an American neocon.

I especially value Annett's clear appreciation for the theological contributions of Pope Benedict XVI on the role of gratuitousness in the economy. "This is not some wishy-washy idealism," Annett argues, pointing to the ways this idea is the basis of the civil economy paradigm so prominent among Italian economists. Instead of seeing the market as driven by self-interest, these Italian economists highlight the role of sociability and reciprocity, that "market relations are based more on mutual assistance than mutual benefit." This echoes the observation of the Communio critic of modern capitalism, David Schindler, who observed in his book Heart of the World, Center of the Church that "a selfishness become mutual is not yet mutual generosity." 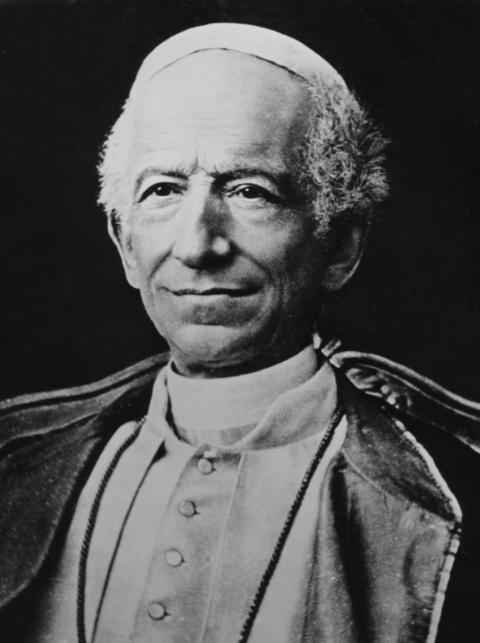 Pope Leo XIII's 1891 encyclical "Rerum Novarum" advocated for just working conditions, the rights of workers to bargain collectively and form unions, and to earn a living wage. (CNS/Library of Congress)

Good though these early chapters are, Annett really hits his stride in the chapter entitled "Who's Right and Who's Wrong?" There he confronts the claims of neoclassical economics and asks whether it, or Catholic social doctrine, better accord with human nature, and how distinct intellectual approaches such as evolutionary biology, psychology and even neuroscience illustrate the problems with neoliberalism and confirm the insights of Catholic teaching. The range of research that went into this chapter is astounding, as is the succinct, accessible way Annett relates it all.

Similarly, the next chapter, which offers a practical assessment of the global economy, introduces copious research to demonstrate the ways the 20th century has confirmed the various insights of Catholic social doctrine. Readers will be familiar with some of the ideas here, such as the role of Keynesian economics in shaping the postwar economy success, and the way countries shaped by Christian democracy shaped more humane economic systems.

"Although the welfare state is sizable in countries like Germany, it is often administered at the local level, by subsidiary institutions which are better able to respect the dignity and agency of the recipient," he notes. "This method avoids a way in which welfare states can go wrong – becoming too large, too impersonal, too bureaucratic, and too distant."

We Catholics recognize the principle of subsidiarity in the German system, the idea that assistance is best delivered at the lowest level of social organization possible, and the highest necessary. Or, as Stephen Schneck has noted, subsidiarity is best understood as a way of organizing solidarity.

It never ceases to amaze me that Pope Pius XI, writing in 1931, could espouse theories that would be dismissed in Democratic Party circles today as too extreme.

Annett manages to consistently introduce moral considerations in provocative and incisive ways. For example, he prefers universal programs and warns that "means tested" social programs pose three risks: stigmatization of the assistance given and its recipients, the creation of poverty traps, and delinking contributions from benefits in a way that makes the programs vulnerable politically. Reading that passage, I was hoping someone might arrange for Annett to make this moral argument to West Virginia Sen. Joe Manchin, who has argued for means-testing the child tax credit.

In his chapter on the economic developments of the 20th century I also would register one of my very few complaints about the book. Annett offers a few paragraphs about the eclipse of the postwar social democratic approach to economic policy in the 1970s and its replacement by the neoclassical, or libertarian, approach that took over during the Thatcher-Reagan years. But, I was left still wondering exactly why the old system that enfleshed Catholic social teaching so much better lost steam. The rise in the price of oil was a part of it, and Annett briefly mentions some competing theories about the source of the increased individualism. But I wanted to know more.

The subsequent chapters continue the high standard of intellectual probity that the first half of the book demonstrate. His section on the different ways Catholic social doctrine perceives the roles of government, business and labor from the dominant neoliberal views is brilliant and provocative. That chapter also contains some of his best zingers, such as this in his discussion of sustainable development: "If it is good news for the planet, then it is surely good news for business — but this first requires a shift away from the short-term logic of maximizing shareholder value."

The section on the role of labor continues a duality that runs through the whole book, the way Catholic social doctrine finds ample confirmation in the social sciences, even while business schools tend to remain stuck in the neoclassical paradigm. His treatment of the financialization of the economy is brilliant and terribly depressing. It is here one recognizes the truth of Professor Zingales' comment about business schools teaching their students how to become criminals. The diversion of otherwise intelligent people into the world of financial services is one of the great shames in contemporary society, and Annett's indictment is searing.

The final chapters deal with, respectively, inequality, care for creation and sustainable development, especially in the poorer countries of the world. These match the quality of the rest of the book. The chapter on inequality is probably the strongest in the entire book, and the chapter on care for creation is concise and brilliant. I was especially glad to see him skewer the idea of carbon taxes, which economist Jeffrey Sachs has pointed out is deeply problematic and which Annett points out does not require the shift away from the faulty intellectual premises that got us into this mess in the first place.

If, like me, you have trouble grasping the economic complexities of issues related to globalization and sovereign debt, you will be less confused after reading Annett's chapter on those subjects.

In my line of work, you read a lot of Catholic social teaching books. Annett's is one of the best, perhaps the best I have read. Very few people understand the complexities of economic arguments and demonstrate an ability to write in good English. Very few people see not just the moral but the anthropological issues that undergird Catholic social teaching as clearly as Annett does. Very few people have the breadth of knowledge and the precision of intellect to marshal so many texts, craft so many arguments, indict so many errors and propose so many humane solutions to the conundrums that afflict we humans in the 21st century.

And every Catholic business school that fails to make Annett's book required reading should admit it isn't very interested in its Catholic identity.

A version of this story appeared in the April 1-14, 2022 print issue under the headline: 'Cathonomics' should be required reading.