An author's peacekeeping journey during the Iraq War 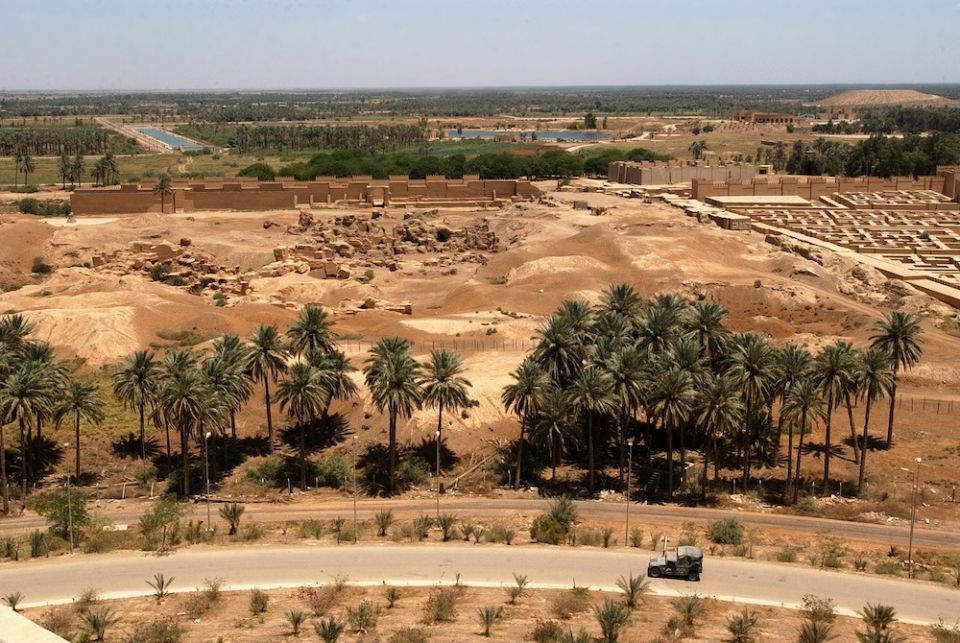 View of Hillah, Iraq, in the central part of the country and near ancient Babylon (Pixabay/David Mark)

Diana Oestreich was brought up to be patriotic and religious with both country and God having almost equal holds on her values. Her loyalty to her country, however, had a slight edge. This would eventually change.

The American flag was part of her school life as well as her home and church life in Duluth, Minn. When she and her family entered their small Baptist church for Sunday services, she could see the Stars and Stripes hanging prominently from the wall near her pastor. Although she recognized Old Glory from at least the age of five, she didn't know anything about the other flag hanging less prominently in her church. 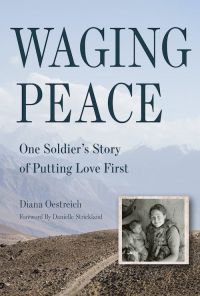 It was an ivory flag with a red cross placed in a blue square. She later found out that it was a Christian flag. As she explains, in Waging Peace, the Christian flag was established in 1897. It had its own pledge that included the words, "one brotherhood uniting all mankind." These words didn't especially resonate with her as a girl but would later influence her while in Iraq.

During a year spent as a medic in the Iraq War, she learned to understand the concept of unity among all humanity. That notion forms the theme of this memoir, which is a war story and a conversion story as well as a record of Oestreich's attempts to understand what Jesus Christ meant by the second greatest commandment: "You shall love your neighbor as yourself."

Coming from a military family — both of her parents had been soldiers — Oestreich signed up for the National Guard when she was just 17 years old. Six years later, in 2003, Oestreich and her unit were deployed to Iraq where she began her journey from soldier to peacekeeper.

The first half of the book is galvanizing with bright writing and vivid details, as Oestreich describes the Iraqi people, their homes and the gracious hospitality they offered her. She describes everything from looking at the Iraqi desert at night to sitting on Persian rugs. Each chapter offers a flashback to Oestreich's earlier life and an anecdote regarding her ongoing encounters with Iraqi civilians, along with her meditations on what these experiences were about, what she valued and what she should value.

The second half of the memoir covers Oestreich's return to the United States and her life thereafter, which seems mundane when compared to the death-defying moments that she came upon in Iraq. The later part of the story, though, does pick up when Oestreich meets her former lover, marries him and bears a son. The couple also adopts an Ethiopian boy of about their son's age.

Toward the book's end, Oestreich meets Dr. Sabah, an Iraqi-American professor who listens sympathetically to her war stories and the spiritual insights she gleaned in Iraq. Dr. Sabah also talks about his own memories of growing up in Baghdad and later visiting his war-torn country. At the very end, the book comes full circle when Oestreich — now a member of an activist peacekeeping group — returns to Iraq and visits some of the places she had seen years earlier.

The heart of the book takes place in Iraq where she worked as a medic. She was accepted by Iraqis and became friends with them. She was able to save a dehydrated baby's life and treated sick people and cleaned their infections. She was especially close to the village matriarch whose husband had been captured and brutally tortured by Iranian soldiers.

While serving in Iraq, she and her team were told not to stop for civilians on the roads even if they were children. This might entail running over an Iraqi child in order to keep the convoy of U.S. soldiers moving to avoid being ambushed by enemy soldiers, but that was her job. After all, she was a soldier and had pledged her allegiance to a nation she had sworn to protect and defend. If this meant killing innocent Iraqi civilians, so be it. 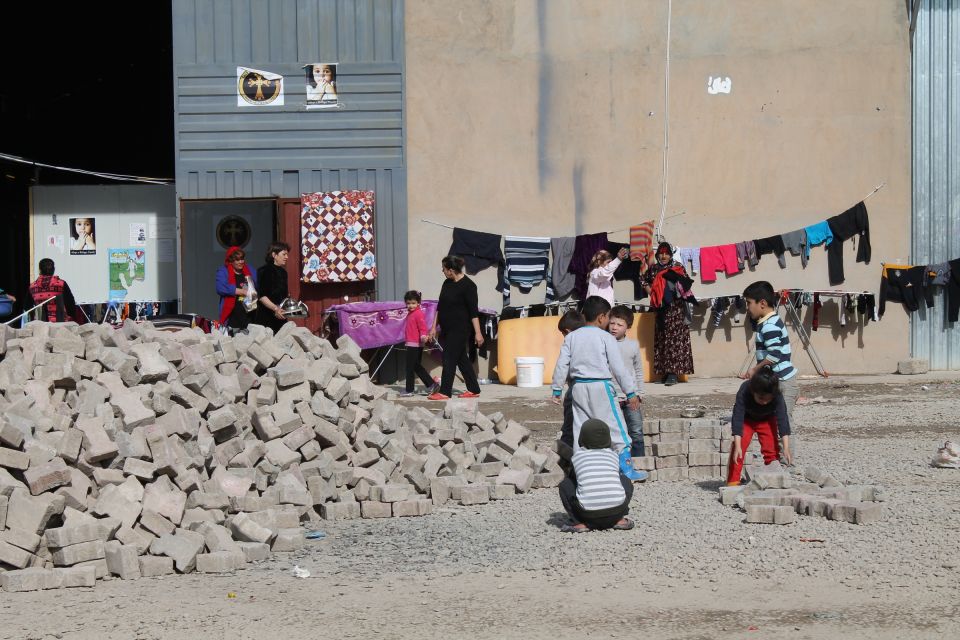 Iraqi Christian children play with concrete blocks Jan. 21, 2015, in a camp, new at the time, set up for the displaced on the outskirts of Ainkawa, Iraq. (CNS/Dale Gavlak)

But the more she thought about it, the more she realized that she was also a Christian and a believer in the brotherhood and sisterhood of all humanity. She could not purposely run over anyone in the road — let alone a child. One night as she was curled up on her cot in the back of the tent, she believed she heard God's voice telling her that he loved all people equally, and that she needed to go and do likewise. Ultimately, she tried to discern what this message meant and translate it into her daily life.

The results, as this thought-provoking book shows, were always surprising but not always pleasant.

A version of this story appeared in the Jan 22-Feb 4, 2021 print issue under the headline: An author's peacekeeping journey during the Iraq War .

Opinion | An author's peacekeeping journey during the Iraq War